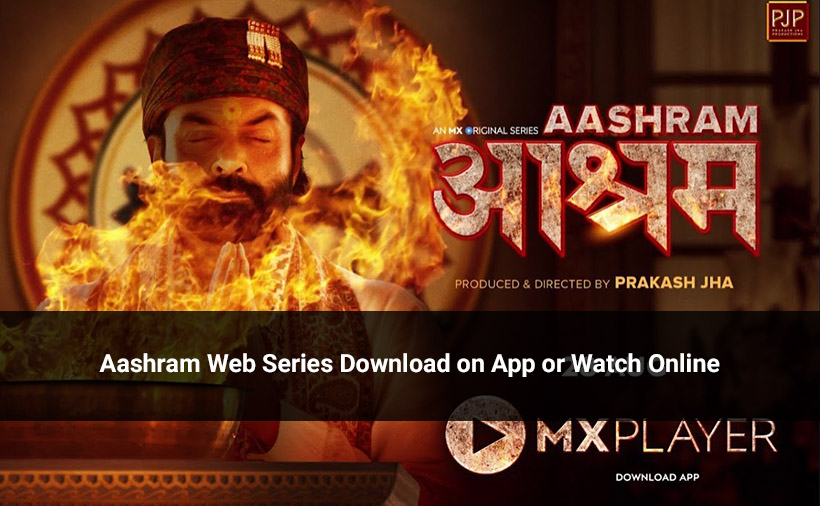 Dharamguru Drama has always been in popularity because of their shady dark reality and the hoax with which they influence the young & capable minds to fulfill their illegal deeds. Just like Bobby Deol, these Dharam Guru drama movies and shows disappeared for a quite a long time, but with his imaginative writing, Prakash Jha presenting Bobby Deol as the New-Age Godman in his latest Aashram Web Series on MX Player. Currently streaming on MX Player app, check the details of Aashram web series download, online streaming availability with its detailed review, cast and plot.

Prakash Jha’s latest web series Aashram portrays the influence of Baba Nirala on society and especially on the oppressed ones. Amid casteism, poverty and lack of opportunities how a new-age God man who seems to be a God for the poor and needy people but actually a con man who uses people’s fear and weakness for fame, power & money. 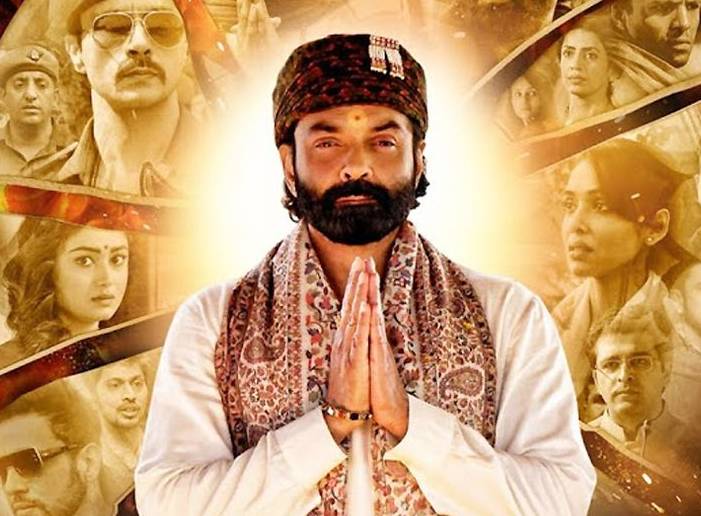 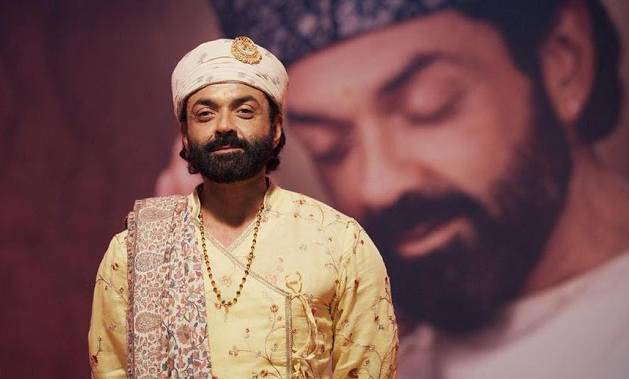 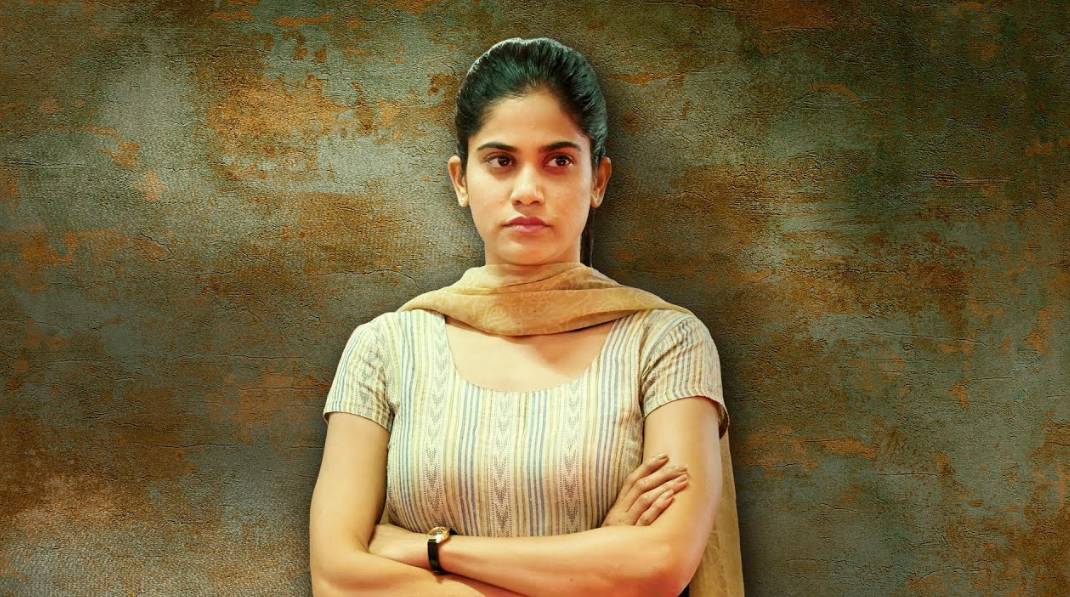 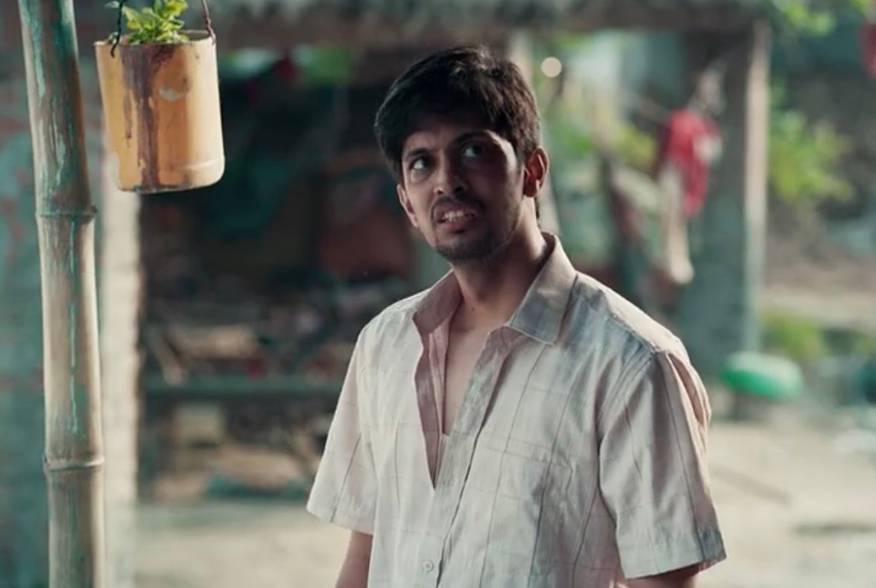 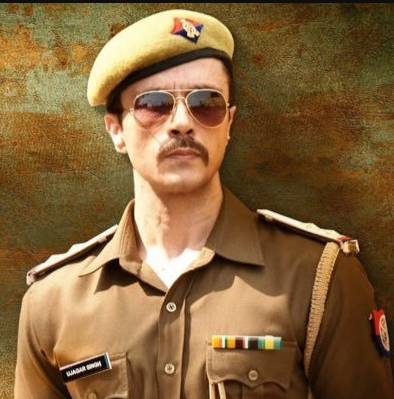 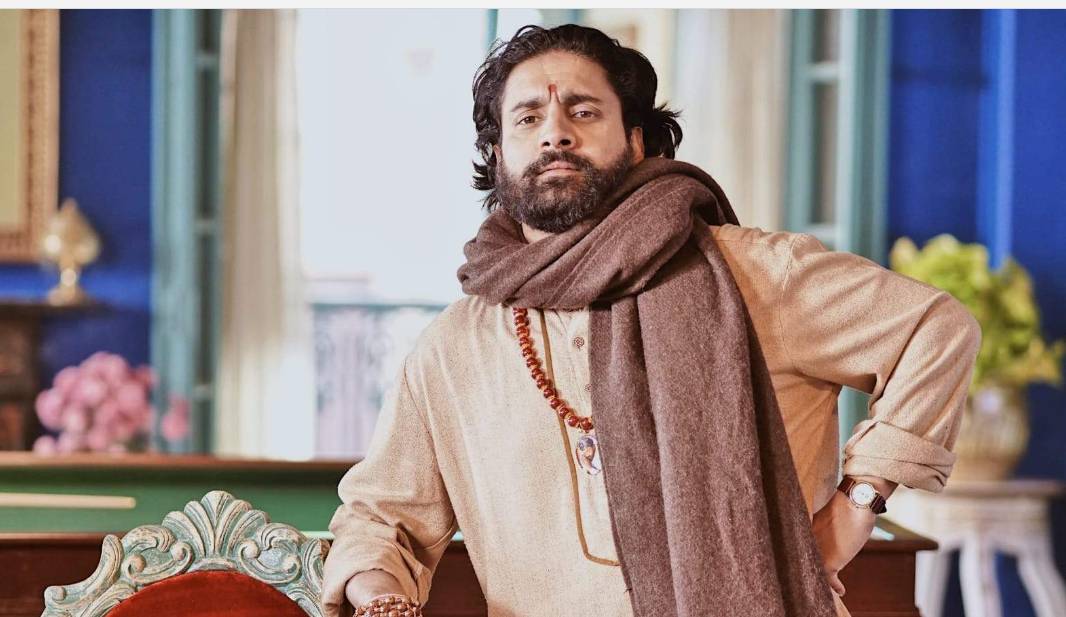 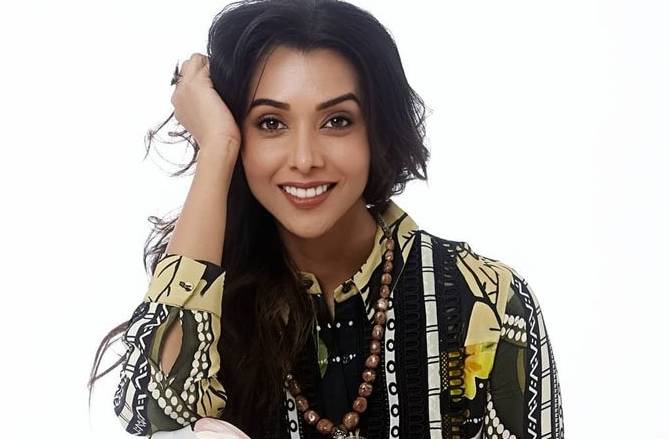 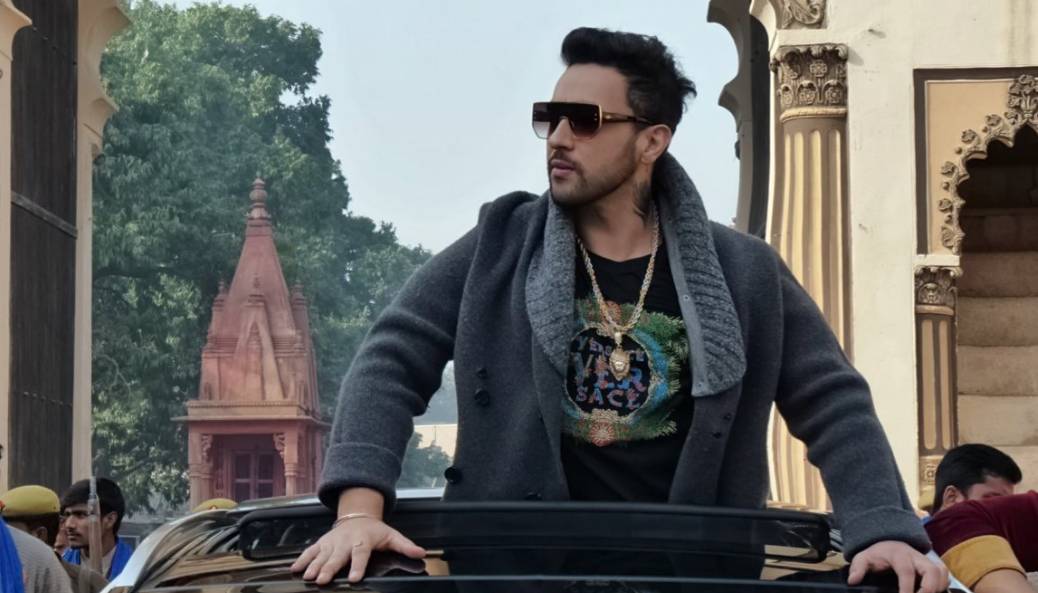 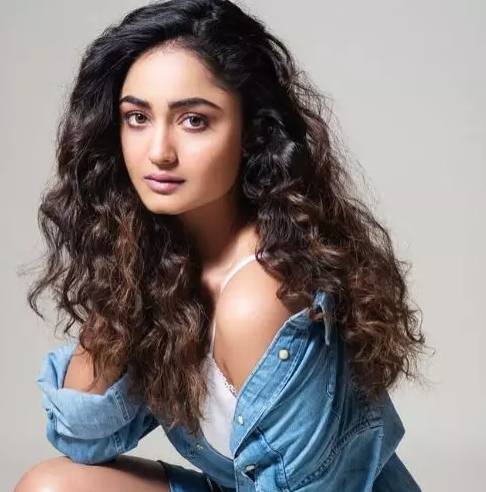 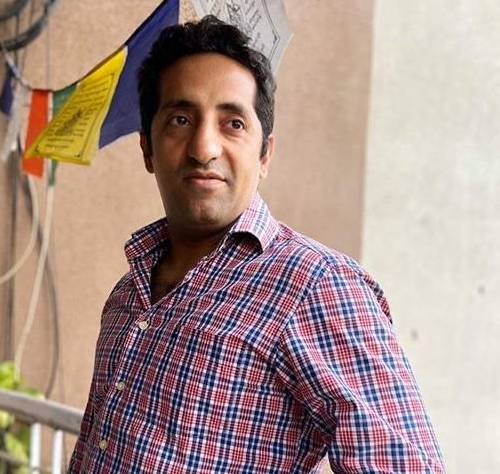 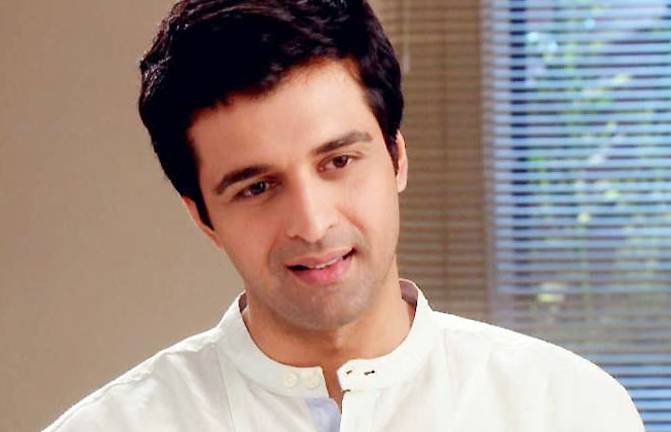 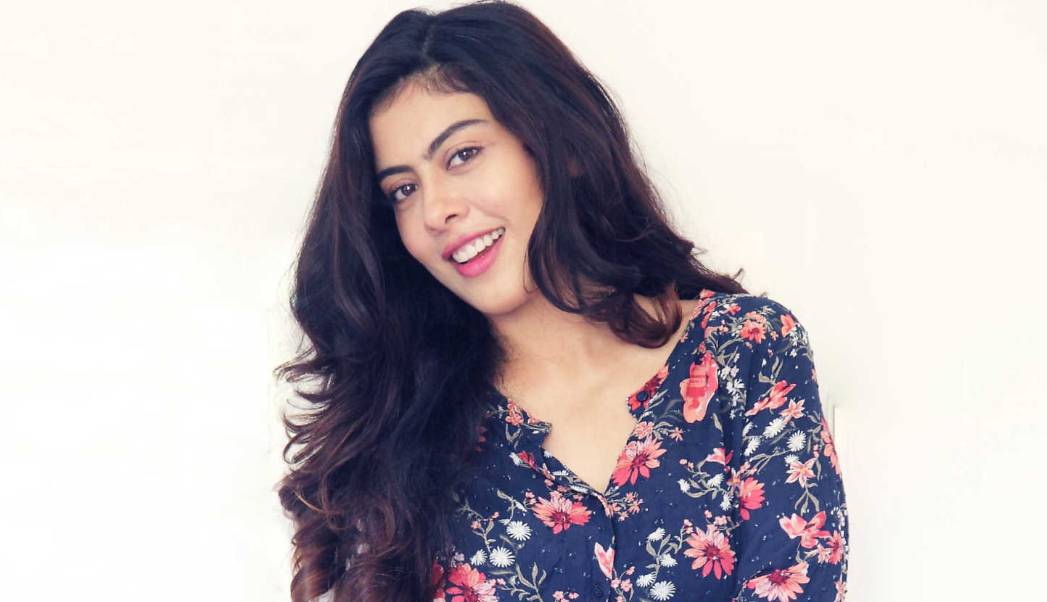 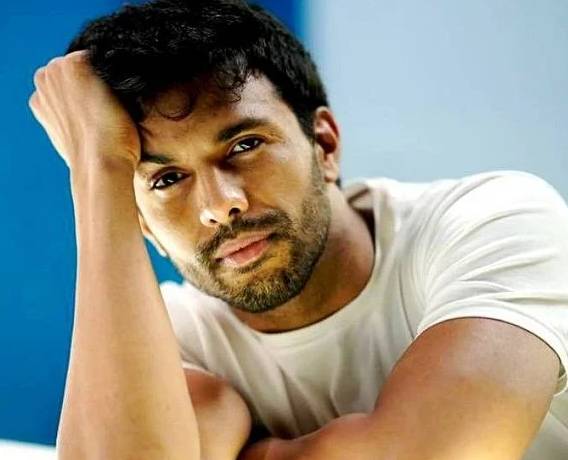 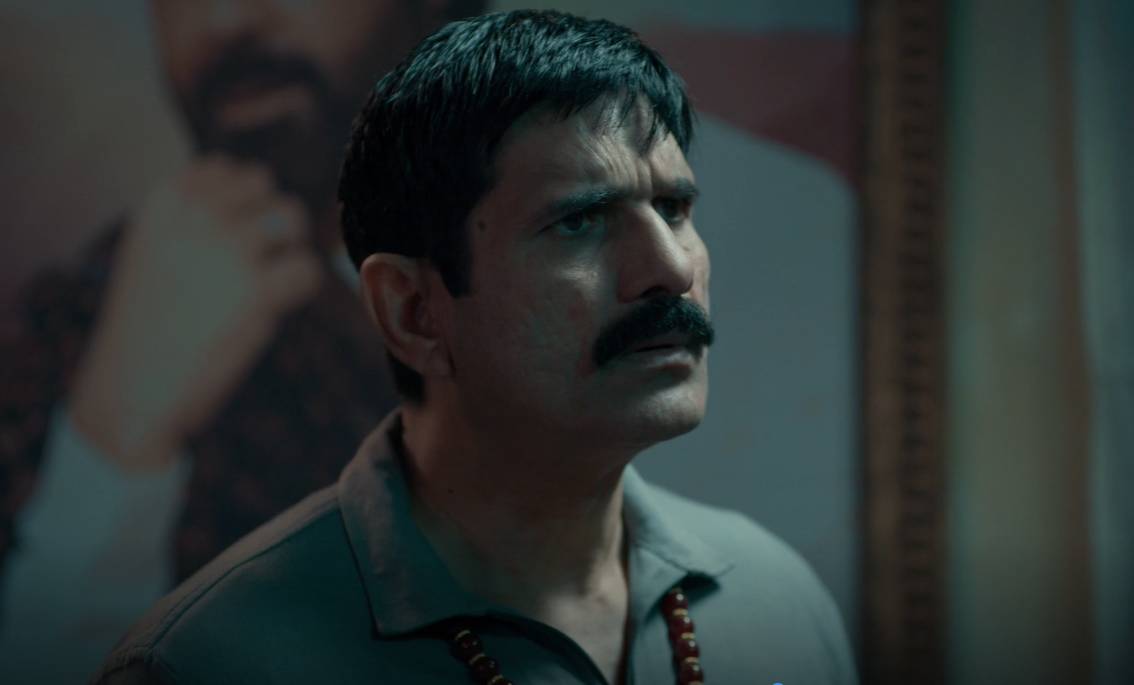 Set in Kashipur, Uttar Pradesh, the series starts with the issue of Casteism between Dalits and Upper Caste people and how Dalits are not allowed to enter into Upper Caste people’s area. Not only this, a talented Wrestling player Pammi lost her match despite playing well because she is a Dalit. A place where even Police officers don’t dare to take any action against upper cast people, things take a u-turn in favour of Dalits & especially Pammi’s family when Baba Nirala, Kashipur Wala comes forward to help poor & Dalit people to fight against injustice done by Upper Caste people. Deeply impressed by Baba Nirala’s doings, Pammi decides to give up her wrestling career to become a Sadhvi in Baba’s ashram as she considers him her Godfather.

While everyone thinks Baba Nirala is not less than an Angel for poor and needy people, the reality is not the same. Baba Nirala, whose real identity is Monty Singh is a Godman in his devotees’ eyes, but in reality, he is just a con man who influences people to give up on their property, fortune and family life to Baba and live rest of their lives in his Aashram. Baba Nirala uses people’s weakness and fears to use them in his favour and sexually exploits young girls by influencing them. Apart from it, Drug Trade, Molestation, Blackmailing and Killings are some dark crimes done by Baba’s right-hand Bhopa (Chandan Roy Sanyal) for him. 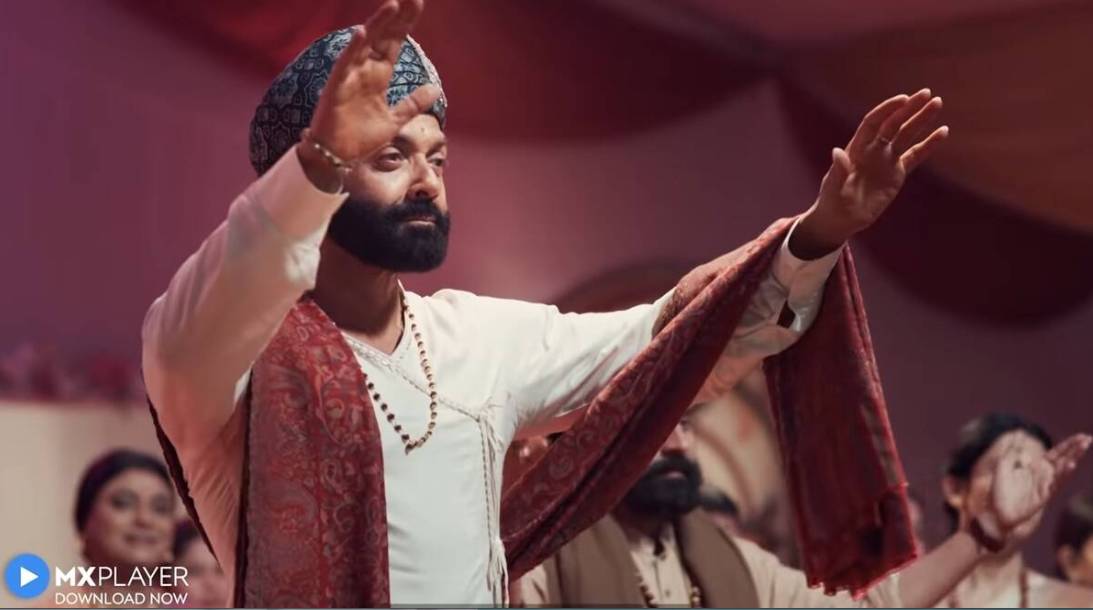 But the things take a U-turn when a skeleton of a young girl Mohini found in the forest land, who has been killed by Bhopa on Baba Nirala’s orders five years ago. Just when the case gets highlighted in media, a shocking revelation of some other missing girls comes in front of Police Inspector Ujagar Singh & his assistant Sadhu. With the help of hardworking Dr Natasha & Reporter Akki, the team decides to unreveal the truth of Baba Nirala. But how will they able to do it when the whole system, including Greedy Politicians, are controlled & manipulated by Baba Nirala for his illegal deeds?

Where Season 1 of Aashram web series shows the shiny yet dark world of Baba Nirala, Season 2 is going to more thrilling where Police Inspector Ujagar Singh will risk his life to expose the reality and Pammi learns the truth behind the destruction of her family (Satti, her bhabhi & her life) by Baba Nirala. The game is going to be dirtier with more killings and more shocking revelations in Aashram Season 2.

Aashram Web Series Review – Is It Worth To Watch?

Starring Bobby Deol as the famous & kind Baba Nirala, the series actually shows the dark world & deeds done by renowned Dharam Gurus like Baba Nirala. While people consider these Dharam Gurus their Godfather, they just keep using people’s faith in them for their own benefits. Created by Prakash Jha, Aashram Web Series on MX player highlights such issues which led people to follow these fake Dharam Gurus and how these Dharam Gurus destroy their lives by manipulating them.

The series starts with a thrilling & gripping story. A Con-man Baba Nirala disguise as the new-age Godman, the Greedy Politicians, the suppressed poor people and corrupted Police officers, all of them keep the story gripping & entertaining in first few episodes. But then the unnecessary screen space to each character’s personal story makes the web series little dull & boring at some places.

In terms of cast, Chandan Roy as Bhopa did a fabulous job. Pammi and Satti did justice with their roles. Bobby Deol got a big chance to showcase his acting skills in the series, and he did quite a good job. He makes his appearance after a quite long time in the entertainment industry again, and he proved that he left no stone unturned if he gets the right kind of role. In some places, he will surprise you with his menacing smile, while on other places, he will leave a remarkable impression on your mind as Baba Nirala. Overall, Aashram web series is quite good, thrilling & gripping series worth to watch in your free time on MX player if you like such Dharam Guru Drama series.

While Season 1 becomes a little slow in ending, Season 2 of Aashram will surely be going to be an interesting one where the game will become more thrilling, dark and risky. At least that is what we can expect from its trailer. Season 2 will soon be available on MX player, till then enjoy its Season 1.

Latest web series Aashram is currently streaming online on MX player for free. Follow these steps for Aashram web series download within the app or to watch online:

1. Where Can I Watch Aashram Web Series Online For Free?

Bobby Deol’s latest series Aashram is available on MX player to watch online for free. We have shared the detailed step-by-step guide in this article which help you to enjoy this series online without any hassles.

Yes, you can easily download the latest web series Aashram in the MX player app online. You can download aashram web series for free within a few steps. The process is straightforward & we have mentioned it above for your reference.

3. When Will Aashram Season 2 Release On MX Player?

There is no official release date of Aashram Season 2 has been announced by the makers yet by it seems like it will release soon on MX player. We will keep you updated about its release date and other details in this thread. Till then, you can enjoy Season 1 of Aashram, currently streaming for free on MX player.

4. Is Aashram Web Series Worth To Watch?

Yes, Aashram series is worth to watch. A gripping storyline, a great set of cast and Prakash Jha’s imaginative writing make this series worth watching in your free time.

If you love thriller drama web series and movies, Aashram is the latest one to add in your binge-watch list. The series is currently streaming on MX player app for free, and we have shared Aashram web series download, streaming availability, detailed review, storyline & cast with you for your reference. It is a good dose of entertainment presented by Prakash Jha, and you must give it a try. Season 2 of the series will soon release on the app, and we will keep you posted about its release date and other details. Stay tuned with us. Binge-Watch & Chill!

Please note that all the details, including the download availability, are only for entertainment purposes. We consider piracy is a criminal act and a grave offence. We do not assist or support pirated content in any way. Always prefer official OTT platforms to stream or download your favourite web series.