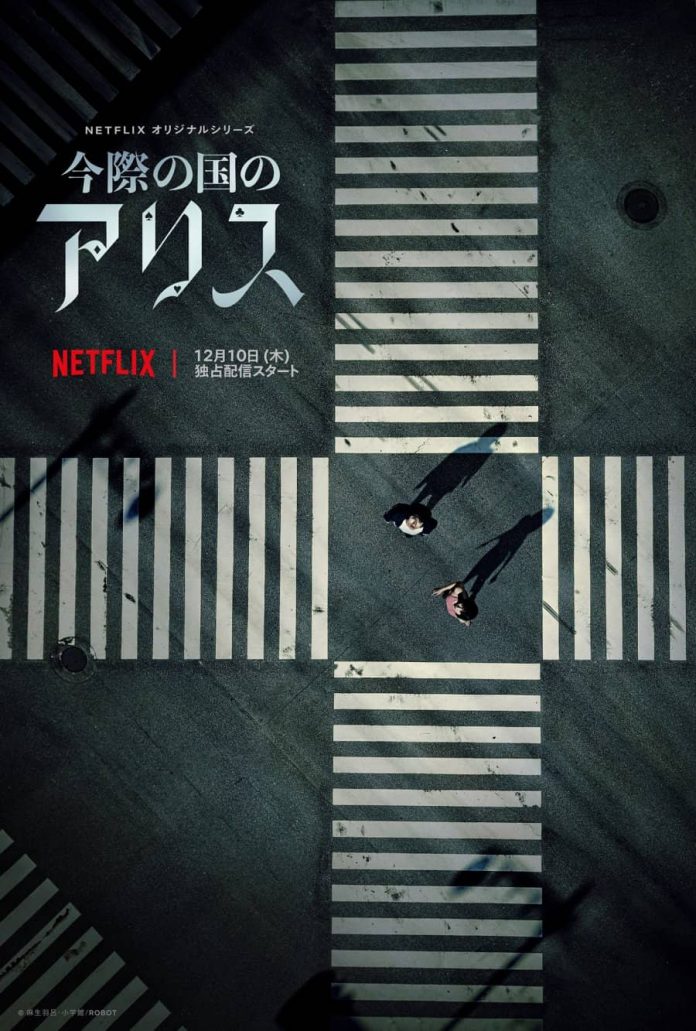 This new Japanese series ‘Alice in Borderland’ has taken the world by storm since it was released on Netflix last December 10, 2020. Written by Yoshiki Watabe, Yasuko Kuramitsu and Shinsuke Sato, this manga-based, science fiction, thriller and drama was rated 96% on Rotten Tomatoes’ average audience score and a 7.8 out of 10 stars on IMDb.

The story follows Arisu, a video-game-obsessed, unmotivated boy, who one day realizes Tokyo was left abandoned with only him and three of his best friends left. As they search for other civilians, they soon find out that they are stuck in a real live game where they are forced to finish dangerous tasks and missions which may cause them their lives. From hard sacrifices to betrayal, in this retelling of Lewis Carroll’s ‘Alice in Wonderland’, these friends are mandated to find various ways to survive as they push through their emotional and physical boundaries.

Joel Keller, a writer for Decider, a website which writes about the best movies and TV series’, has stated that although there are numerous shows that incorporate an apocalyptic setting in their stories, “none of them are as grim as Alice in Borderland.” He further goes on to say that this Netflix Original live-action adaptation is worth streaming: “We’re recommending Alice in Borderland because, despite what seems like a depressing, dystopian set up, it shows flashes of having a sense of humor. Let’s hope that the show has more of it in later episodes.”

Along with Joel Keller and many more, Alice in Borderland mostly received positive reviews from numerous critics who commended the cinematography, visual effects, editing and even the performances of the lead stars. Ara Technica journalist Jennifer Ouellette even described the show as “emotionally intense” compared to others like it. Although most have taken a liking to the live-action remake, some critics have mixed opinions on the characters’ development and the general plotline of the series during the second-half. Ready Steady Cut writer, Jonathan Wilson, points out how the show skipped over the “exposition and careful backstory-building” and just went straight into it.

The Inside Scoop On Alice In Borderland Season 2

With just two weeks after its initial release, Netflix has given the avid fans of Alice in Borderland what they have been waiting for. On December 24th, Netflix Malaysia, along with various Netflix platforms all over the world, tweeted what seems like an early Christmas present for AIB lovers saying: “Stay tuned on the second season of Alice in Borderland!” This comes to no surprise as this thriller-drama series has been trending non-stop for two weeks as it is part of the top 10 titles of Netflix worldwide, performing exceptionally well in Europe and Asia.

With just 8 episodes, the first season of the show only covered around 31 chapters of the manga series. With this, you can surely expect the remaining 33 chapters to be incorporated in the next season given that there are still a lot more games and challenges Arisu has to face alongside Usagi, his new-found friend who he meets in the simulation.