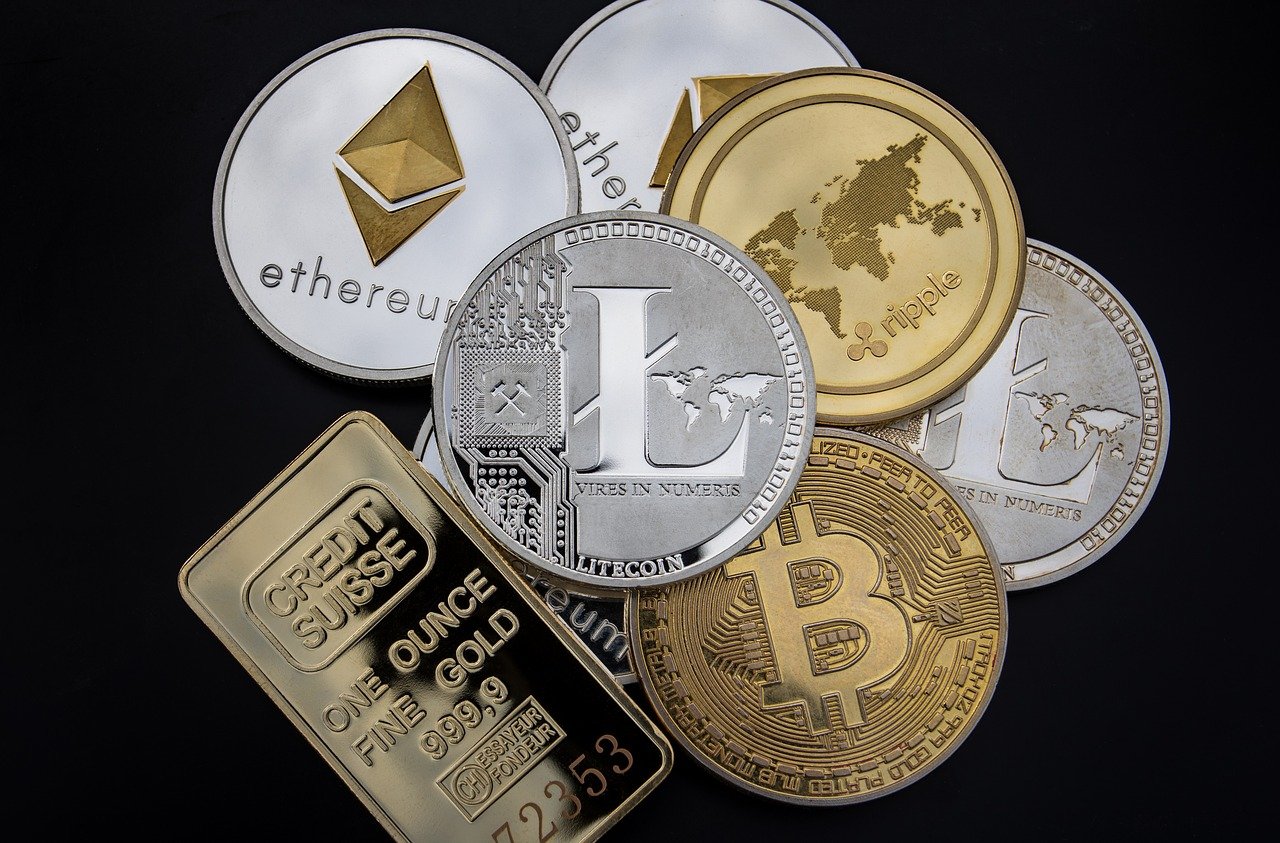 Cryptocurrencies are everywhere these days. We wouldn’t be surprised if a new crypto popped straight out of the fridge the next time we open out. They’ve infiltrated every facet of today’s society, with online gambling being among the first one.

In many ways, the blockchain is the perfect companion for online gambling. It’s fast and reliable, anonymous, and not tied to bank account. Considering the stigma surrounding gambling, it’s clear why players love it. A crypto betting website such as Sportsbet.io is banking on the blockchain as the future of gambling, and we can see such a future coming even sooner than predicted.

Gaming sites these days are ‘drowning’ in crypto, giving players a chance to bet with everything from Bitcoin to dogecoins. Below you can see our favorites for playing slots and casino games on the web.

Bitcoin is the one and true king of the cryptocurrency industry. It has the highest price miles away from the competition and rules the market supreme. Altcoins move in line with Bitcoin’s prices, whether it’s up or down. That makes it the perfect coin to gamble with along with the fact that it’s accepted at the biggest casinos on the web.

The only problem is volatility, which is described in detail in this Forbes article. The volatility isn’t going to change soon, but if you ride the Bitcoin wave, you should always have it in mind. Sometimes it’ll work in your favor, sometimes it won’t. That doesn’t change the fact that Bitcoin is among the most commonly accepted cryptocurrencies in online casinos, and one of the best too.

Ethereum is the next big thing in crypto gambling. While it’s still way off Bitcoin’s price, experts believe it’s the only true competitor. What started shy at a price of $10-$20 grew into a juggernaut over $3,000 that casinos gladly accept. Ethereum’s star is shining just as bright as Bitcoin, and many players prefer it due to the more advanced technology in comparison to Bitcoin.

Volatility is still a big challenge, but when it comes to Ethereum, gas fees are a problem too. They’re much higher than the expected, but that will change with future iterations of the Ether blockchain. Will Ethereum take down the king? Read a bit of its importance on this link and draw conclusions yourself.

While the name might imply otherwise, Litecoin is not a lighter version of Bitcoin. It’s not a light cryptocurrency as well. In technical specs, it’s nearly identical to Bitcoin. It’s also one of the first BTC alternatives, having launched in 2011, just two years after Bitcoin arrived.

Litecoin is an open-source project and a P2P cryptocurrency. It is accepted at the majority of casinos where Bitcoin and Ethereum are accepted too. It’s widely hailed as the third-best cryptocurrency on the market, although some altcoin fans might disagree. Still, it doesn’t change the fact that it’s an excellent option for crypto gamblers, especially because of the lower price which makes it more affordable.