Bhumi Pednekar only met her family during the preparation of “Sonchiriya” 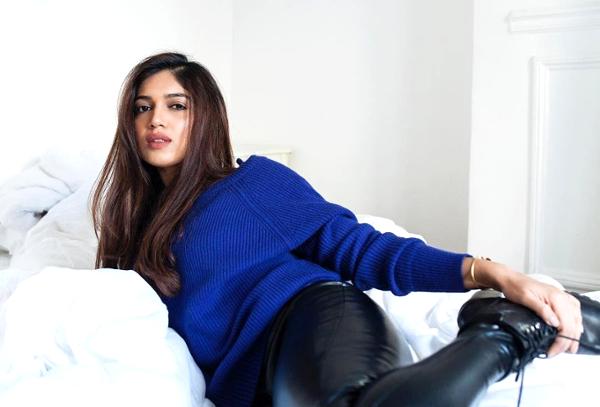 Bhumi Pednekar has come out and said that while she was preparing herself for the role in the movie Sonchiriya she ended up isolating herself from the entire world. The only people she met during her preparation was her family.

Sonchiriya is an upcoming Bollywood movie which is directed by Abhishek Chaubey. The movie stars Ashutosh Rana, Ranvir Shorey, Manoj Bajpayee, Bhumi Pednekar, and Sushanth Singh Rajput in the lead roles. Bhumi Pednekar plays the role of a woman in 1970s who lived in a place called Chambal living life in constant fear of bloodthirsty dacoits.

“Until and unless I find the person I’m looking to become. I don’t find my peace. I de-clustered myself and lived with my character for about 30 days. I had to unlearn so much to learn the most about her. I stayed home, researched as much as I could and had basic human interaction with my family before I boarded my flight to reach Chambal.”

Bhumi Pednekar has said that it was a tough thing for her to stay so much disconnected from the world and the internet but she somehow tried to do it. Bhumi has debuted her career with Ayushman Khuranna and since then she has come a long way. She has been successfully made a name for herself in the industry for her acting. Bhumi thinks that acting is a process of metamorphosis of the mind. People need to change so that they are able to play the character they are playing in a better way.

Sonchiriya is the movie that she was looking for quite a long time. She was looking for a challenging role and this movie was just perfect for her. She is very happy that she got to work with a lot of good actors on set. Bhumi Pednekar also said that this movie is going to do well because people have really worked hard on it and all the actors have given their best and the director has also directed in an excellent fashion.