Biden Urges Cooperation In Congress As Control Is Still Unclear 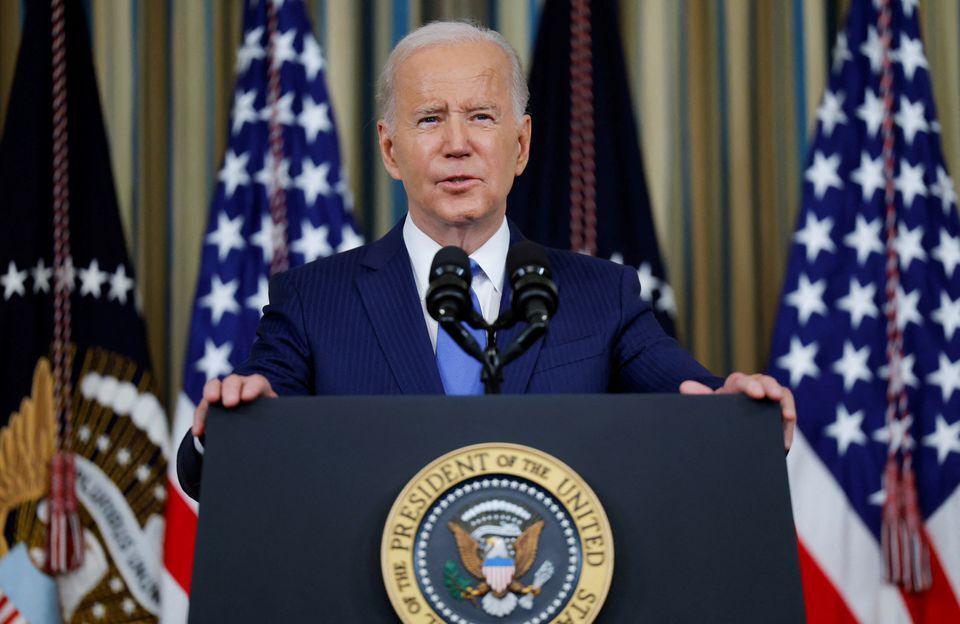 On Wednesday, November 9, a day after Democrats surpassed expectations and avoided a Republican "red wave" in midterm elections, Biden urges cooperation in congress as control of the US Senate remained in doubt while Republicans edged closer to gaining a majority in the House of Representatives.

With thousands of uncounted votes that could take days to total, the Senate races in Nevada and Arizona, where Democratic incumbents were attempting to hold off Republican challengers, were still unsettled.

In the event that the parties split those contests, the fate of the Senate would depend on a runoff election in Georgia for the second time in two years, as predicted by Edison Research, neither Democratic incumbent Raphael Warnock nor Republican Herschel Walker would obtain the required 50% of the vote to avert a one-on-one rematch on December 6.

According to a projection by Edison Research, Republicans were getting closer to the 218 seats required to take back control of the House from Democrats, with 208 currently in their column. However, as of Wednesday afternoon, 23 of the 53 contests that Reuters determined to be the most contested were still undecided, suggesting that the results may not be known for some time.

Republicans would be able to contain Democratic President Joe Biden over his remaining two years in office, blocking legislation and initiating potentially divisive probes, even with a tiny House majority.

In spite of the Democrats' unusually competitive campaign, Biden promised to cooperate with Republicans and acknowledged that voters are frustrated.

The American people have made clear, I think, that they expect Republicans to be prepared to work with me as well.

Additionally, he reaffirmed his willingness to run for office again in 2024 and stated that he would make a definitive choice early in the following year.

Democrats were trying to avoid the kind of devastating midterm defeat that frequently afflicts sitting presidents of either party, so the election fell far short of the sweeping win Republicans had sought.

The results revealed that voters were penalizing Biden for leading an economy plagued by high inflation, as well as retaliating against Republican efforts to outlaw abortion and raising questions about the country's voting system.

Poor performances by some of Donald Trump's supporters, including Walker, suggested that they had grown weary of the upheaval that the former Republican president had stoked. This cast doubt on Walker's chances of winning the presidency in 2024.

Yvonne Langdon, 75, said as she cast her vote for Republican candidates in Michigan on Tuesday, "I think his ego is just too big to handle."

At a time when hundreds of Republican contenders accepted Trump's baseless allegations that the 2020 presidential election was rigged, Biden had cast Tuesday's vote as a test of American democracy.

On Tuesday, a number of election skeptics who agreed with Trump's assertions won office, while many of those running for state-level election management positions lost.

"It was a good day, I think, for democracy," Biden remarked.

There was no evidence of any violence or other disruptions caused by far-right poll watchers at the voting locations. The director of the United States Cybersecurity and Infrastructure Security Agency, Jen Easterly, claimed she had found no proof that any voting system had been corrupted.

The US Congress could be under Republican control in 2023, which could lead to economically dangerous debates about federal spending caps and the administration's response to a possible recession.

While Democrats performed better than anticipated and may be in a position to keep control of the Senate, Republicans are getting closer to the threshold needed for a majority in the House.

“This will be de facto gridlock regardless of the outcome,” said Brian Gardner, a Stifel strategist headquartered in Washington, D.C., who spoke to Reuters. "The chambers will be so closely divided."

In the upcoming US Congress, Biden has urged cooperation, claiming that the electorate made it clear "they don’t want every day going forward to be a constant political battle" during the election.