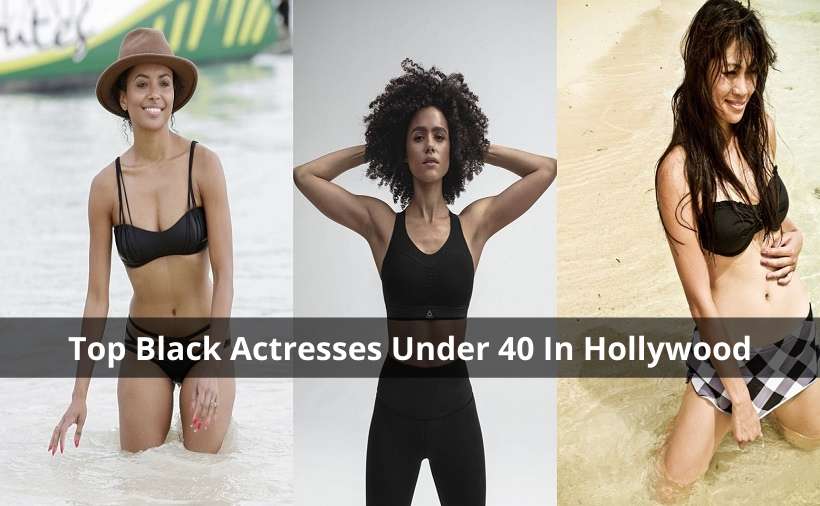 One of the best qualities of Hollywood is that it has been always very welcoming to everyone including black actors. It doesn’t matter who you are or where you come from. If you have talent, you will be recognized.

Hollywood has many black actresses who are not only pretty but also extremely talented. These ladies are an inspiration to everyone who has been ever discriminated against for their complexion. These black actresses have defied every challenge in their way and have made it big for themselves.

In this post, we will talk about some of the brilliant black actresses under 40. You already know most of them, but let’s get to know them a little better.

These are some of the talented black actresses in Hollywood who are currently under 40 and are ruling the industry. 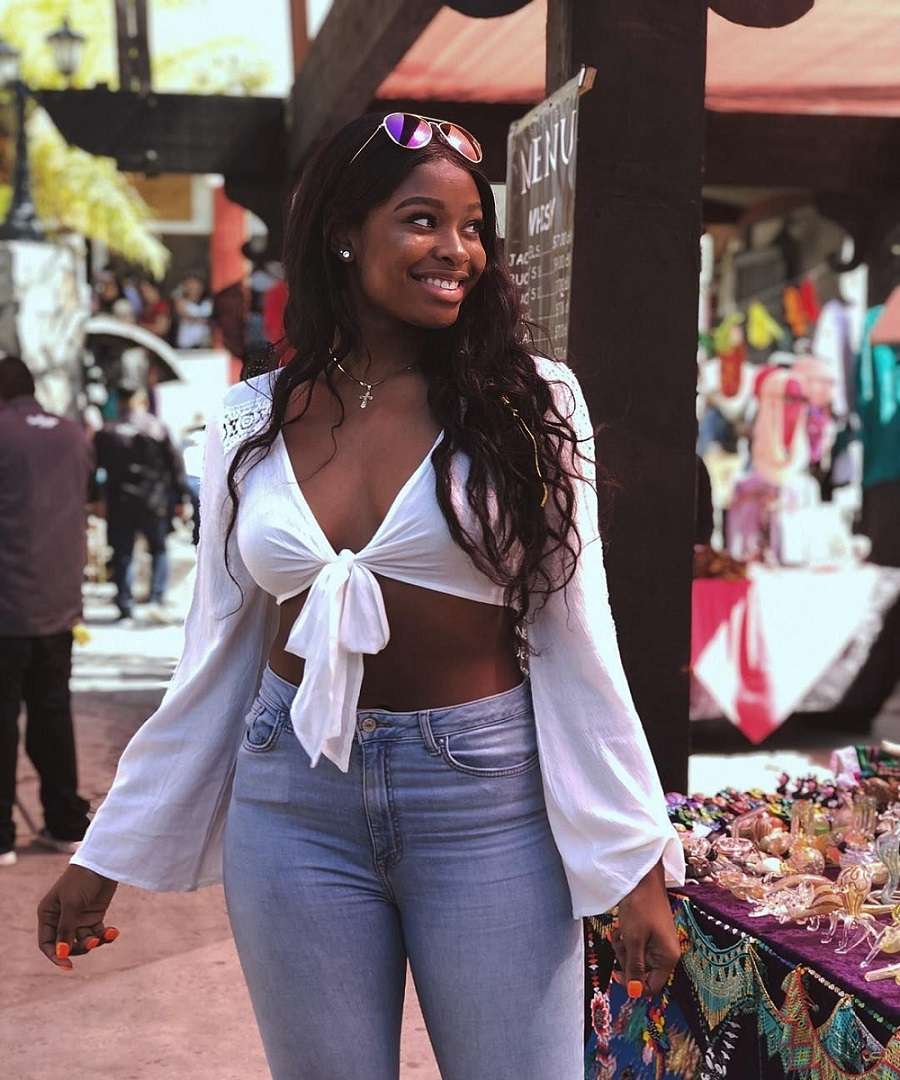 Career: Coco Jones is what we called pure black beauty. Right from her childhood, she wanted to get into acting. She got her first work at the age of 12. For those who know her, you must already know that she did her debut with Good Luck Santorini in 2010.

She is a naturally talented actress who does what she does the best. In 2016, she also appeared in Grandma’s house from where she started garnering most fame. She is in her early 20s and already going in the right direction. If she continues acting with this passion, then she will reach newer heights. 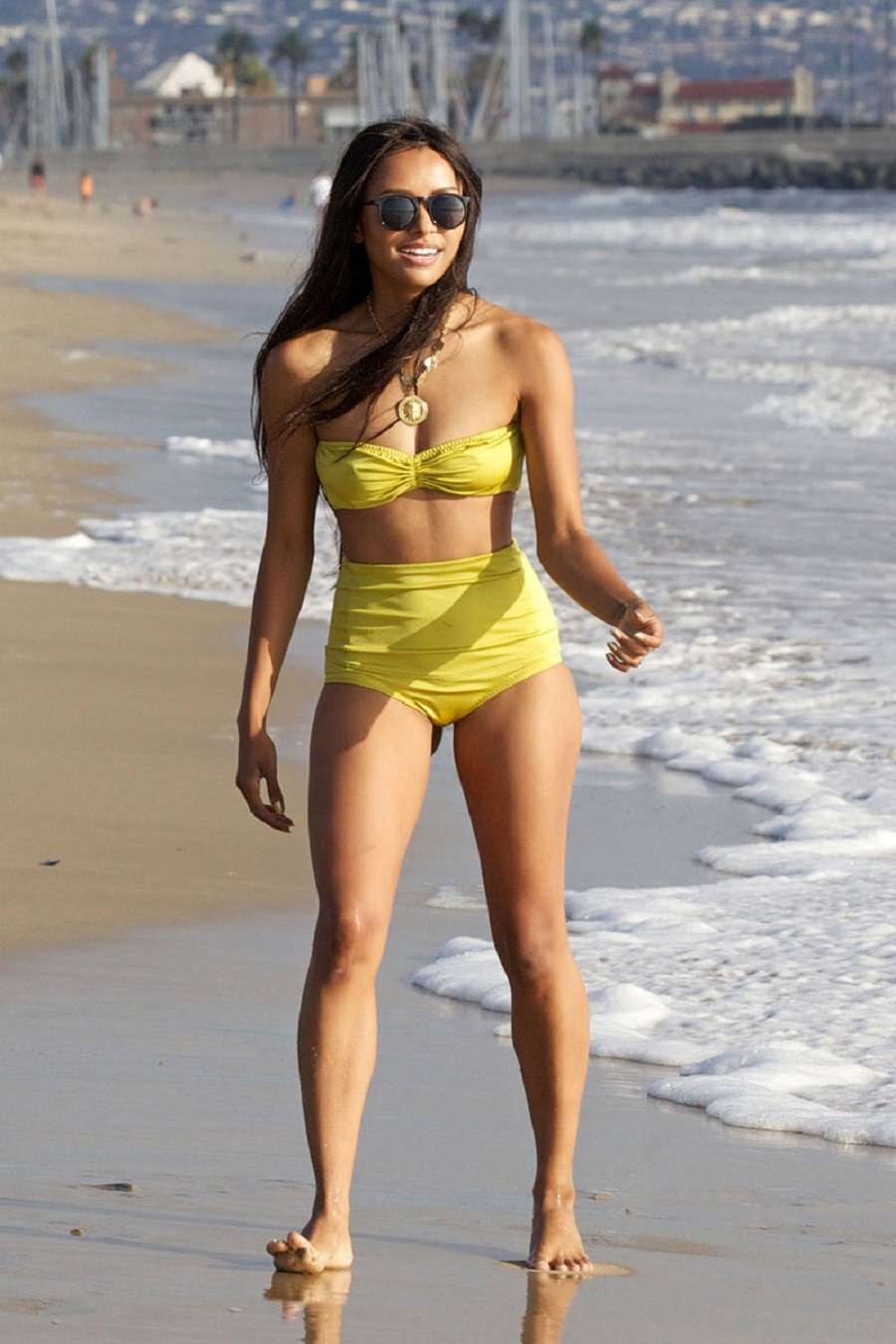 Career: Yes, you guessed it right. She is the Bennett witch from Vampire Diaries. This black beauty started her career at an early age. She is one of those actresses who proved that her complexion has nothing to do with her acting skills. She got her first big break after she was offered an important role in The Vampire Diaries series.

This established her as a star that she is today. She started in 2009 and have come a long way since then. Over the years, she has grown as an actress and has improved her skills for the better. 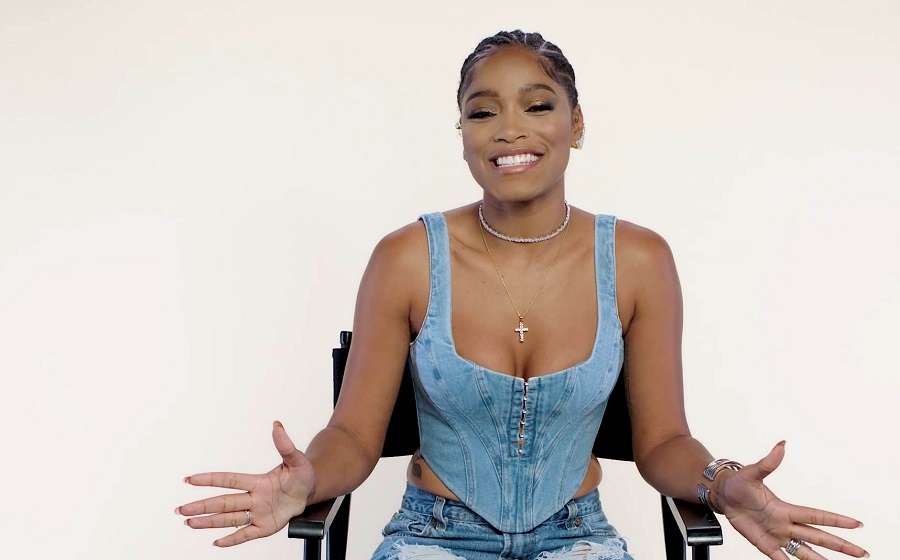 Career: Talk about beautiful black actresses, Keke Palmer is the name that will come to your mind the first. Her beautiful brown complexion is what makes her look extraordinary. Apart from good looks, this actress is also quite talented and has already proved herself through her work.

Being from a background of actors, it was hard for her to match the standards set by her family. She started her acting career at the age of 5. With every role that she plays, she improves herself to grow as an actress.

Related news: Who are Keke Palmer & Joel Kim Booster From Quibis singled out? 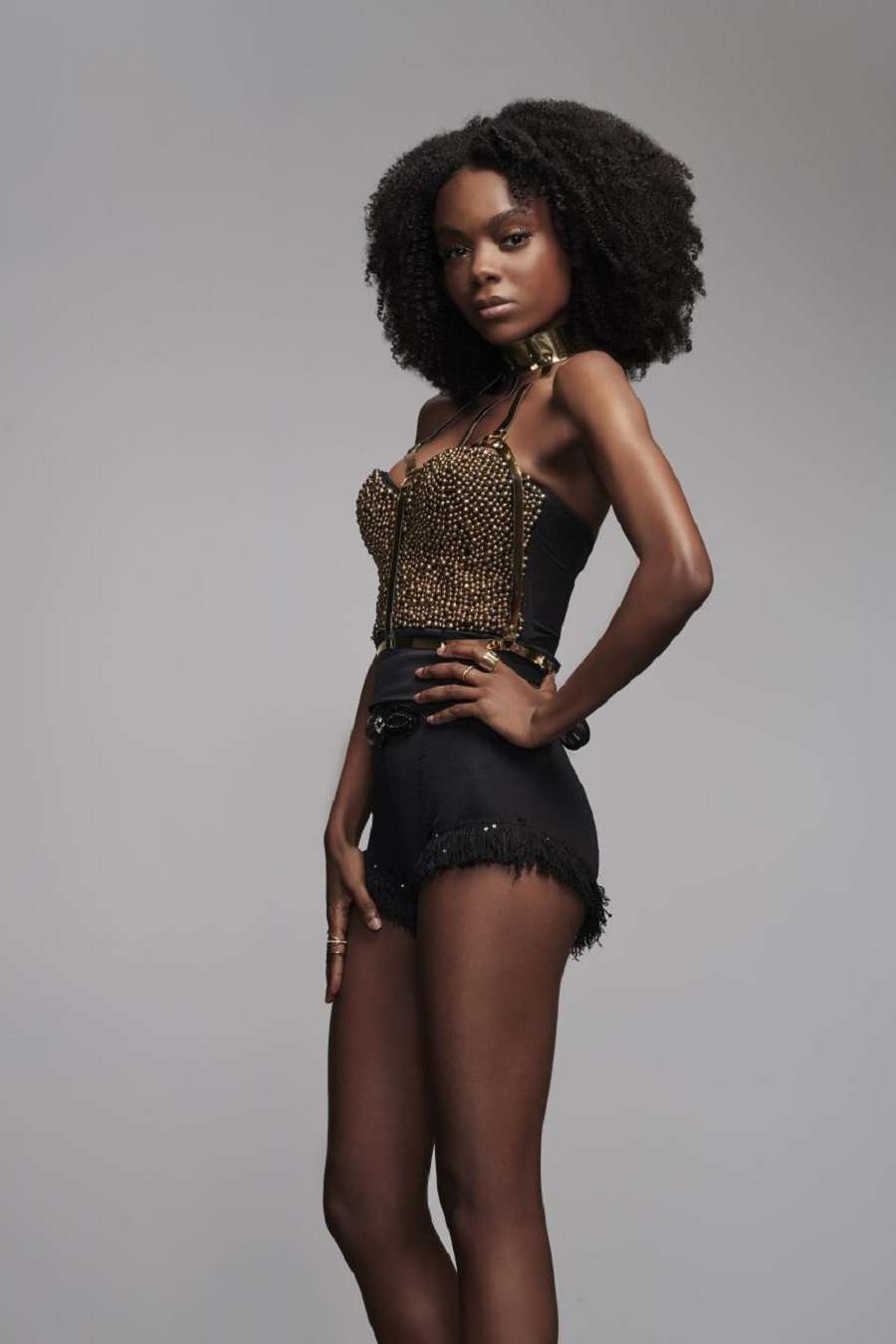 Career: If you have already watched the famous TV series ‘Riverdale’, then you already know who Ashleigh Murray is. This black beauty plays the role of Josie McCoy of ‘Josie and the Pussycats’ on the show.

Other than that, this 32 years old beauty has also appeared in the lead role in ‘Deidra and Laney Rob a Train’ which was produced by Netflix. For those who do not know she is also a talented singer.

Related: Transfer over, Chris Evans, now we have the proper little store of horrors remake casts 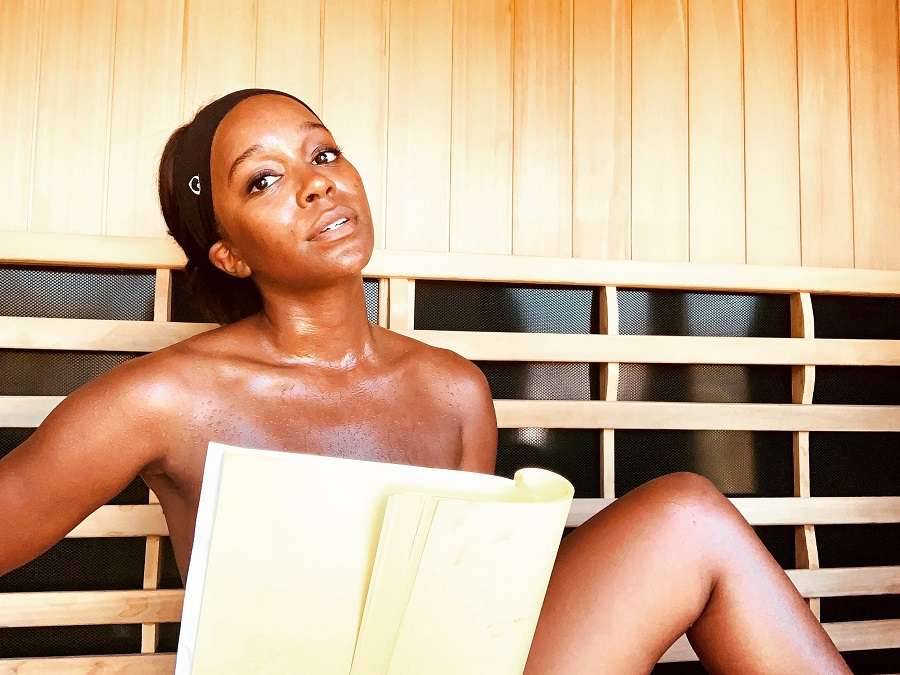 Career: If you have watched ‘How to Get Away With Murder’, then you have already seen how good of an actress Aja Naomi King is. She is one of the skilled actresses in Hollywood. Currently, she is playing the role of ‘Michaela Pratt’ in the ABC legal drama. This has proved to be a breakthrough role for her career.

This black beauty is considered to be one of the promising faces in Hollywood. Although she wanted to be a doctor, her fate had different plans for her. We expect to see more powerful roles from her in the future.

Related: How To Get Away With Murder: Anne-Marie Johnson to recur, Cicely Tyson returning for the final season 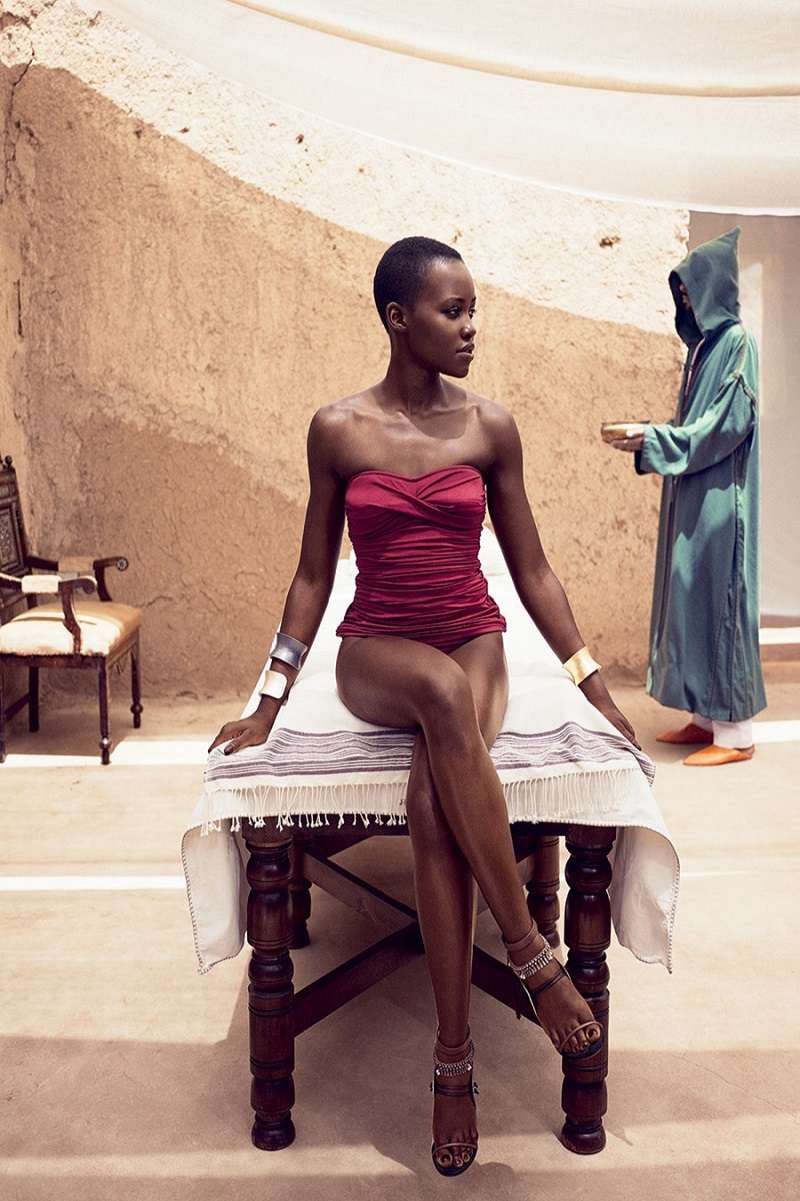 Career: We all know Lupita Nyong’o from Marvel’s Black Panther and Avenger series. This 37 years old is an Oscar-winning Kenyan-Mexican actress. She started her career in Hollywood as a production assistant, but soon switch to films. After her appearance in the feature film ‘12 Years A Slave’, she received the Academy Award for Best Supporting Actress.

This made her sixth black woman to have received an Oscar for this category. In 2014, she was tagged as the “Woman of the Year” by Glamour and “The Most Beautiful Woman” by People. 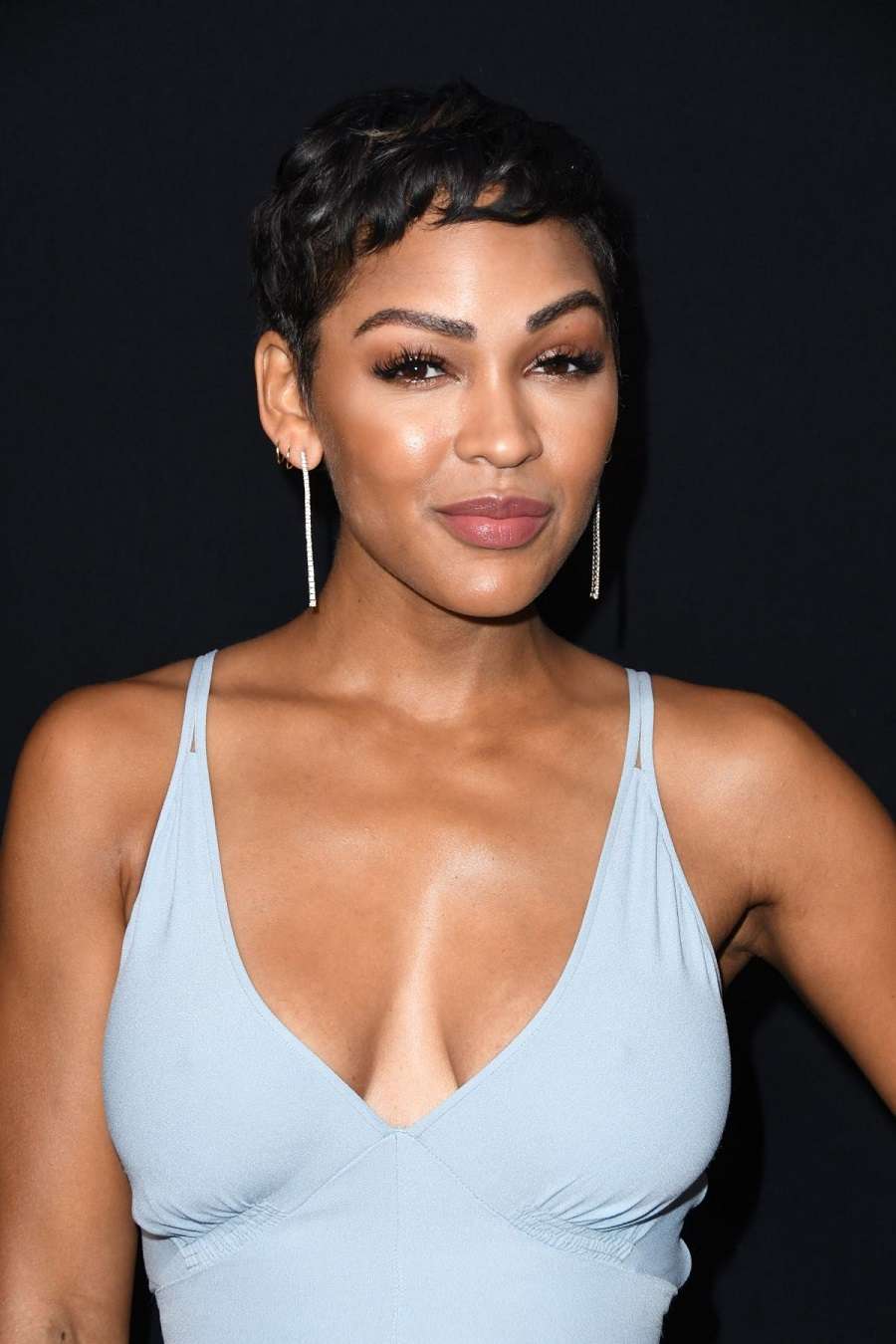 Career: Meagan Good is yet another beautiful black actress in the industry. Because of her beautiful skin and looks, she is considered as one of the most attractive black women in Hollywood. In 2016, she was even ranked the PEOPLE’s Most Beautiful List at No. 6.

She was only four years old when she stepped into the acting world. Since then she has appeared in an array of TV shows, music videos, and movies. Currently, she is playing an important role in the television series “Californication”. 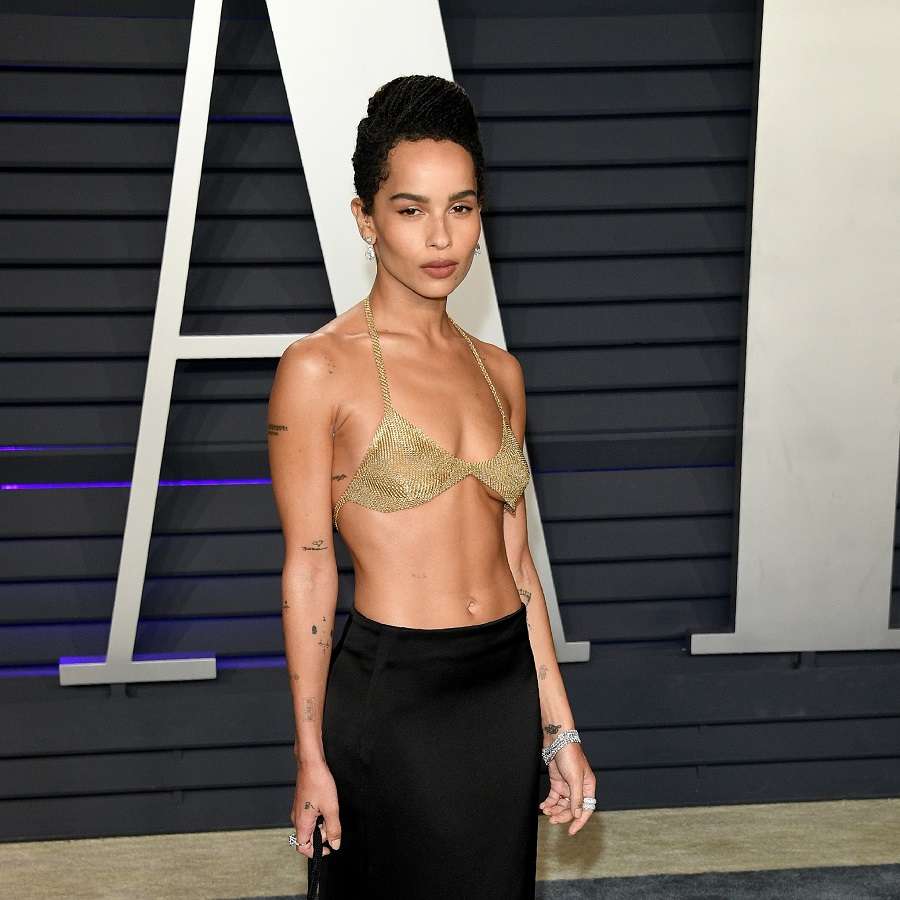 Career: Zoe Kravitz is not only known for her acting skills, but also her attractive looks. For those who don’t know, she happens to be the daughter of the famous musician Lisa Bonet and Lenny Kravitz. This black beauty was seen in movies like No Reservations, X-Men: First Class, and The Brave One.

Other than that she also appeared in the HBO TV series ‘Big Little Lies’. Just like her parents, she is also into a bit of singing and has her band named ‘Lolawolf’. In 2017, she was ranked in Maxim’s Hot 100 List and we agree with them. 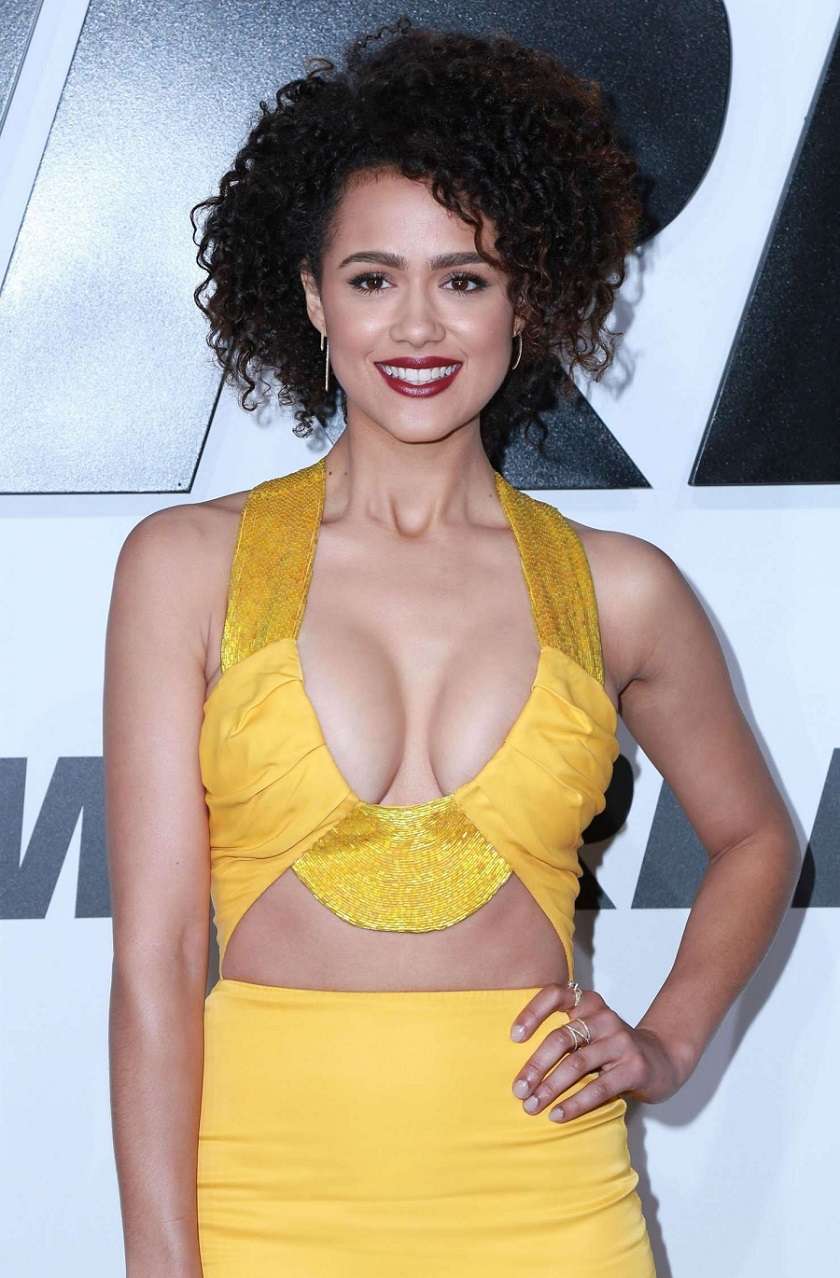 Career: Nathalie Emmanuel is a divine beauty who we know from the famous TV series Game of Thrones. She played the role of ‘Missandei’ in the show. This got her worldwide fame and established her as a star. Other than that she also appeared in hit movies like Fast 7, The Maze Runner, and The Fate of the Furious.

Her attractive looks and natural curls make her one of the stunning black actresses in the industry. Her fans also admire her because of her appealing physique. Her acting skills have gained her fans from all around the world. 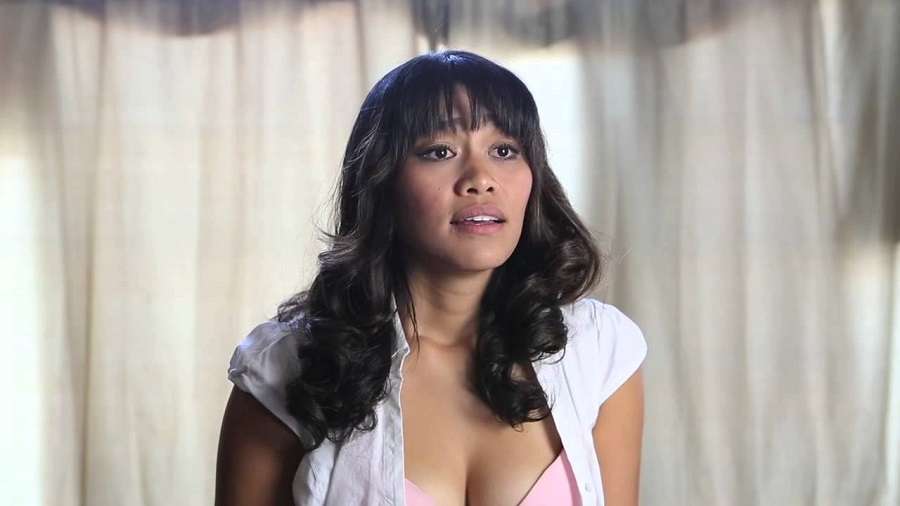 Career: Drea Castro is one of the black actresses who is about to enter her 40s, but she is still slaying it like no one else. Even in her later 30s, she looks as gorgeous as her younger days. She is not only a skilled actress but also a versatile writer.

She has received a lot of praise and appreciation for her work. Her acting in Act Of Valor and I Think I Love My Wife got her a lot of fame and recognition among her fans. 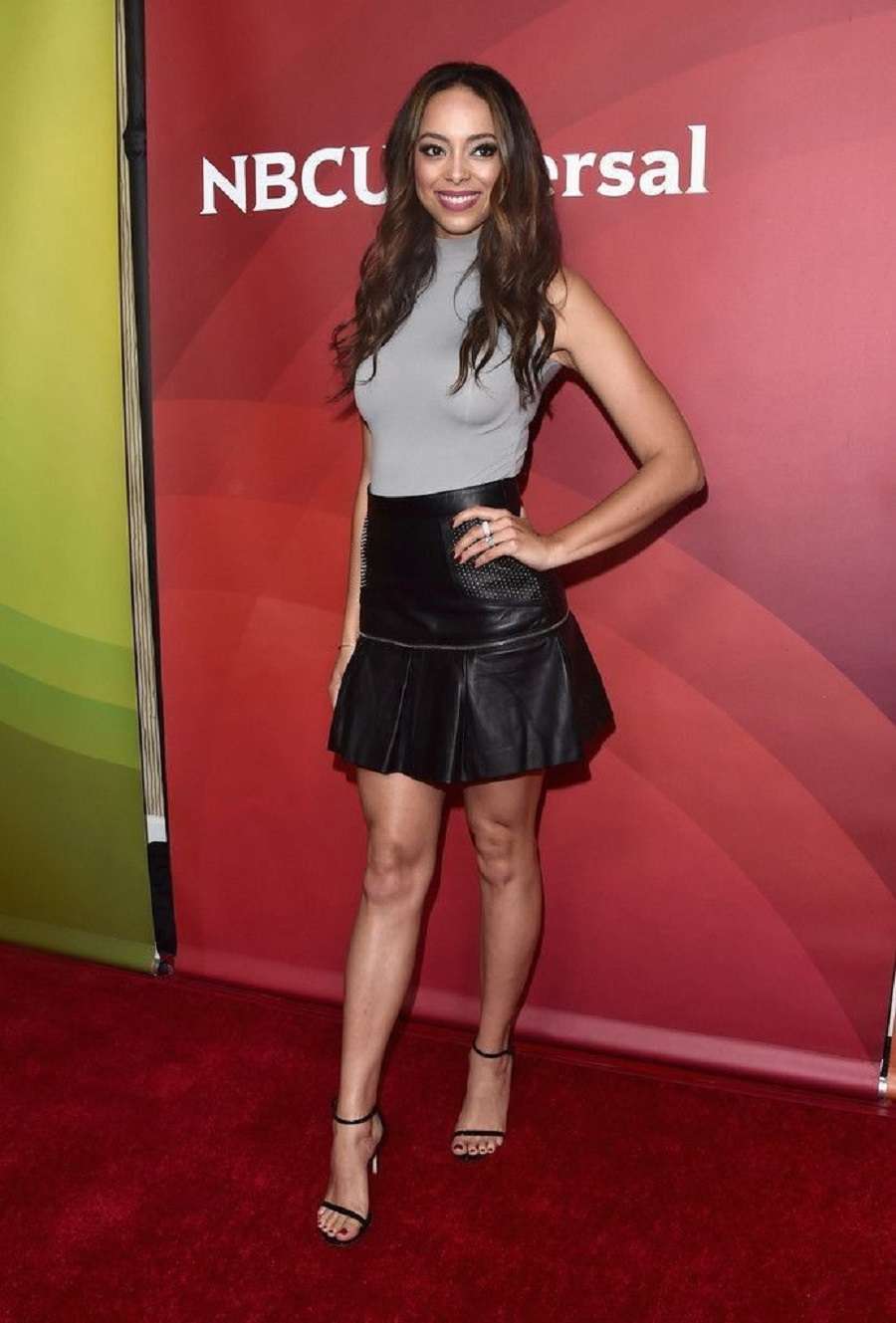 Career: Lastly, we have this Californian black beauty who has proved herself through her work. In case, you didn’t know, she is the daughter of Shadoe Stevens, the famous actor. Being from an acting background, people had a lot of expectations from her.

The good thing is she didn’t let anyone don. With every role she played, she proved only got better and better. She started her career in modelling but soon moved to movies and T.V shows.

Related: Nia Lengthy to govt produce & star in ‘Desires of the Moon’ drama

1. Who Is The First Black Actress In Hollywood?

In Hollywood, Hattie McDaniel is the first black actress to act in an English movie “Gone with the wind” and she won an Oscar award for the same movie in 1940. She is the first African-American lady to gain popularity like that non-English speaking countries like The USA.

2. Who Is The Most Beautiful Black Actress?

Halle Berry is treated as the most beautiful black actress in the Hollywood film industry. She is an African-American who worked as a hospital attendant when she came to the USA for the first time. she uses the costly liquid chemicals to get rid of her face dark spots.

In Hollywood Queen Latifah is the highest pay getting actress in 2020. she started her career character artist at her beginning. she won Grammy and Emmy awards for Oscars she just missed it by getting nominated. Queen Latifah earned star status on Hollywood walk of fame.

4. Who Is The Richest Black Actress In Hollywood?

Halle Berry is treated as the richest black actress in entire Hollywood followed by Queen Latifah. Hale first entered into ABC tv series to hit and became successful in small screens followed by starring in big films of the decade. Halle Berry always likes to act in sci-fi movies. recently she got well treated by diabetes and now she is doing fine and ready to rock the silver screens.

5. Who Are The Most Underrated Black Actress In Hollywood?

These actresses are some of the best performers when it comes to their acting. but as everybody knows to become successful in the film industry people need to have just a piece of luck along with 99% of talent & skills. the below-mentioned actresses are treated as the most underrated artists based on the remuneration they are getting for each film.

6. Who Was The First Black Actress To Win An Oscar Award?

Hattie McDaniel became the first African American female artist in Hollywood to win an Oscar award in 1940. for the movie “Gone with the Wind” Hattie got eight academy awards On February 29, 1940, by the renowned American Academy of Motion Picture Arts and Sciences who is responsible for giving Oscar awards.

These beautiful ladies have not only proved themselves through their work but have also made it big for themselves in the industry. These black actresses are a source of inspiration for millions of women of colour. They have proved that your skin colour cannot stop you from achieving your dreams.

Only for you: List of top Hollywood actresses in their 20s

We do not hold any copyright on the Images of the Celebrities mentioned on this webpage. All the images published on this webpage are copyrighted to their respective owners and we just used under the fair usage copyright law, Section 107. We found these pictures through different free official sources present on the Internet. The content/images shared on this page are Purely for educational/entertainment purposes only. Bingepost never represents or endorse the accuracy or reliability of any information contained on this webpage. So you should proceed to access at your own risk. For People, We take no responsibility for any kind of virtual damage/loss. Please contact us to send any kind of legal request and we’ll be happy to assist you.