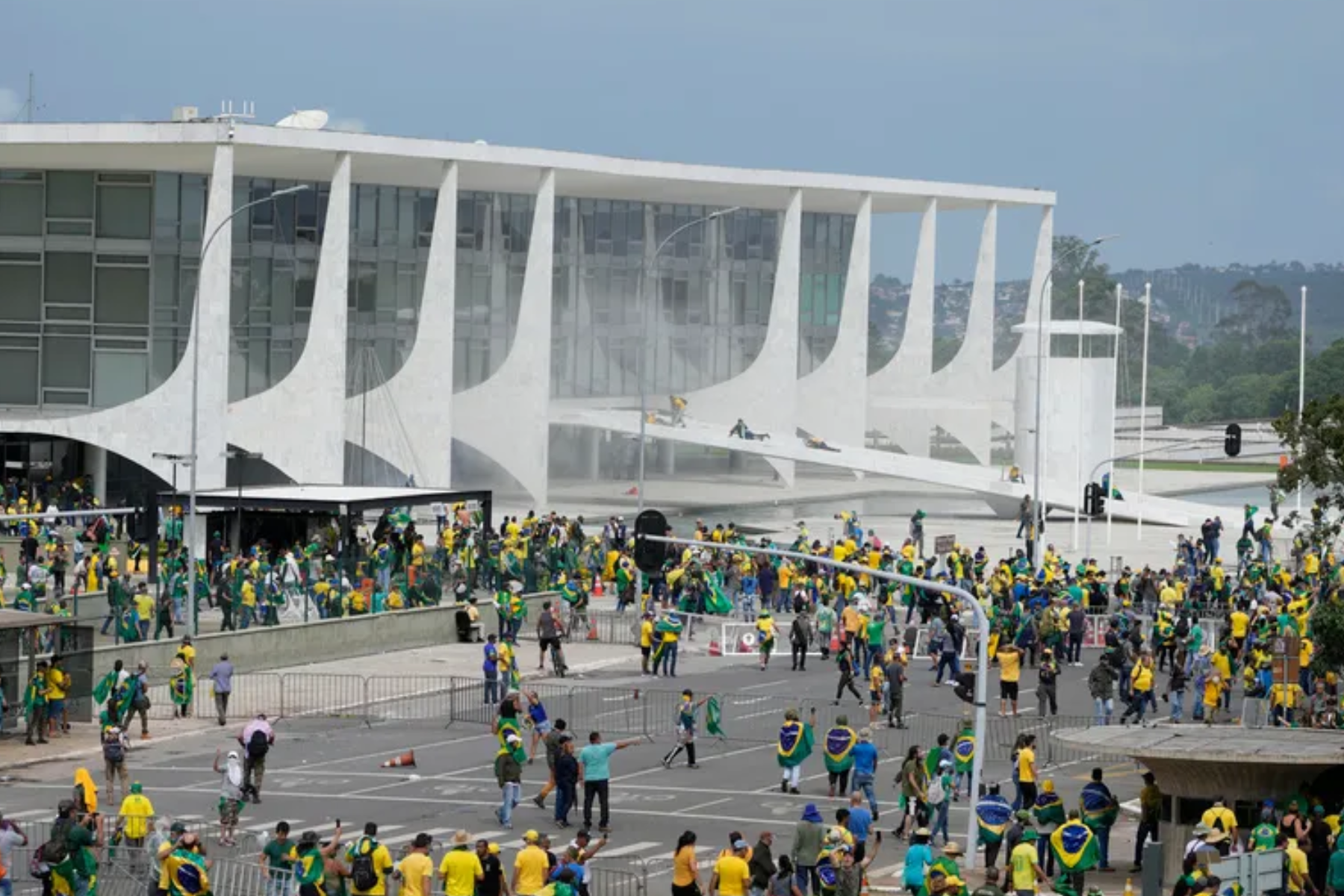 Lula da Silva called the events in Brasilia's capital "barbaric" and blamed a "lack of security" for the fact that Bolsonaro's "fascist" supporters were able to get past the barriers set up by the Armed Forces in front of the Congress building, the Supreme Court, and the Planalto Presidential Palace.

“These people are everything that is abominable in politics,” he said, adding that “all the people who did this will be found and punished.”

Footage Interim Senate President Veneziano Vital do Rogo told CNN, Brasil, that on Sunday, large crowds walked up a ramp to the Congress building in Brasilia. Once there, they reached the Green Room, which is outside the lower House of Congress chamber.

Other news outlets showed Bolsonaro supporters going into the Supreme Court and the presidential palace. CNN Brasil, on the other hand, showed the arrival of anti-riot police and the Brazilian Armed Forces.

CNN Brasil says that when protesters tried to set fire to the carpet, the sprinklers went off, flooding the floor of the Congress building. More videos showed protesters inside the building destroying art and taking gifts from international delegations.

Bolsonaro also criticized the actions of his supporters in a tweet on Sunday. He said that peaceful and legal protests are a part of democracy, but "depredations and invasions of public buildings as occurred today, as well as those practiced by the left in 2013 and 2017, escape the rule." 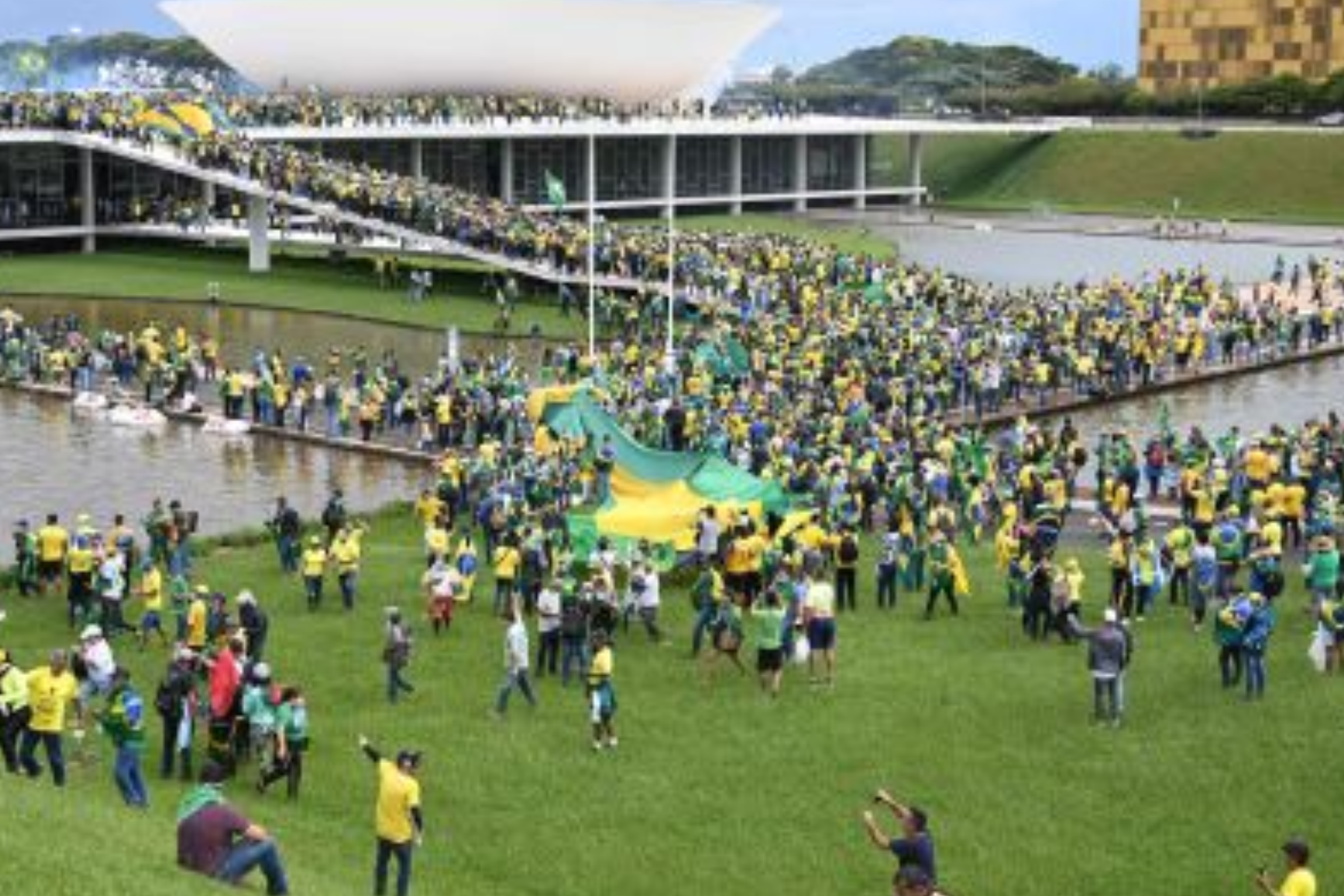 Bolsonaro supporters protest at the Esplanada dos Ministerios in Brasília on January 8, 2023

The breaches happened about a week after Lula da Silva was sworn in as president. He had been out of office for 12 years, but he came back to power after beating Bolsonaro in a run-off election on October 30.

Bolsonaro's government had said before that it would help with the transition of power, but the far-right leader hasn't admitted that he lost the election, and he left the country for the U.S. before Lula da Silva took office.

CNN Brasil said that the protesters had left the three buildings by Sunday evening, several hours after they broke in. Ibaneis Rocha, who is in charge of the Federal District, says that at least 400 people have been arrested.

Those arrested “will pay for the crimes committed” Rocha tweeted, adding that they are “working to identify all the others who participated in these terrorist acts this afternoon.”

But a few hours later, Supreme Court Justice Alexandre de Moraes took Rocha's job away from him for 90 days.

A court order says that the judge also told the military to tear down all Bolsonaro supporters' camps across the country within 24 hours and told the police to arrest any protesters who were still out on the streets.

Moraes said that if the camps were not taken down, commanders from the military, police, and the defense minister would be held responsible in court. He also said that all highways must be clear by Monday.

Since Bolsonaro lost the election, his supporters have been camping out in the capital. Due to their continued presence, Justice Minister Flavio Dino told the Armed Forces to set up the barriers and guard the congressional building on Saturday.

Dino told reporters that what happened on Sunday was a "coup," and he said that the government would increase security in the capital. He added:

There are still people on the internet saying that they are going to continue with terrorist acts. (But) they will not be able to destroy Brazilian democracy.

The Communications Minister, Paulo Pimenta, put out a video of a walking tour of his office in the Planalto Palace on Sunday night. The video shows furniture on its side and messed-up offices along a hallway. Pimenta says in the video:

I’m in my office on the second floor of the Planalto Palace, as you can see everything was destroyed. This is a criminal thing that was done here, this is a revolting thing. Works of art … Look what the vandals did here, the chaos the vandals made here. Destroyed works of art, the country’s heritage.

Other Brazilian officials also condemned the actions of the protesters, which reminded them of what happened on January 6, 2021, when rioters stormed the US Capitol to stop the certification of the 2020 election and President Joe Biden's win over former President Donald Trump. Arthur Lira, president of the Lower House of Congress said on Twitter:

The National Congress has never denied a voice to those who want to demonstrate peacefully. But it will never give room for turmoil, destruction, and vandalism. Those responsible for promoting and abetting this attack on Brazilian democracy and its main symbols must be identified and punished in accordance with the law.

- Arthur Lira, president of the Lower House of Congress

Valdemar Costa Neto, who is in charge of Bolsonaro's right-wing Liberal Party, said in a statement Sunday evening, "Today is a sad day for the Brazilian nation." Neto said:

We cannot agree with the depredation of the National Congress. All ordered manifestations are legitimate. The disorder has never been part of the principles of our nation. I want to say to you that we strongly condemn this type of attitude. And that the law must be fulfilled, strengthening our democracy.

In a statement, Brazil's Attorney General's office (MPF) said that it is looking into everyone who broke the law. 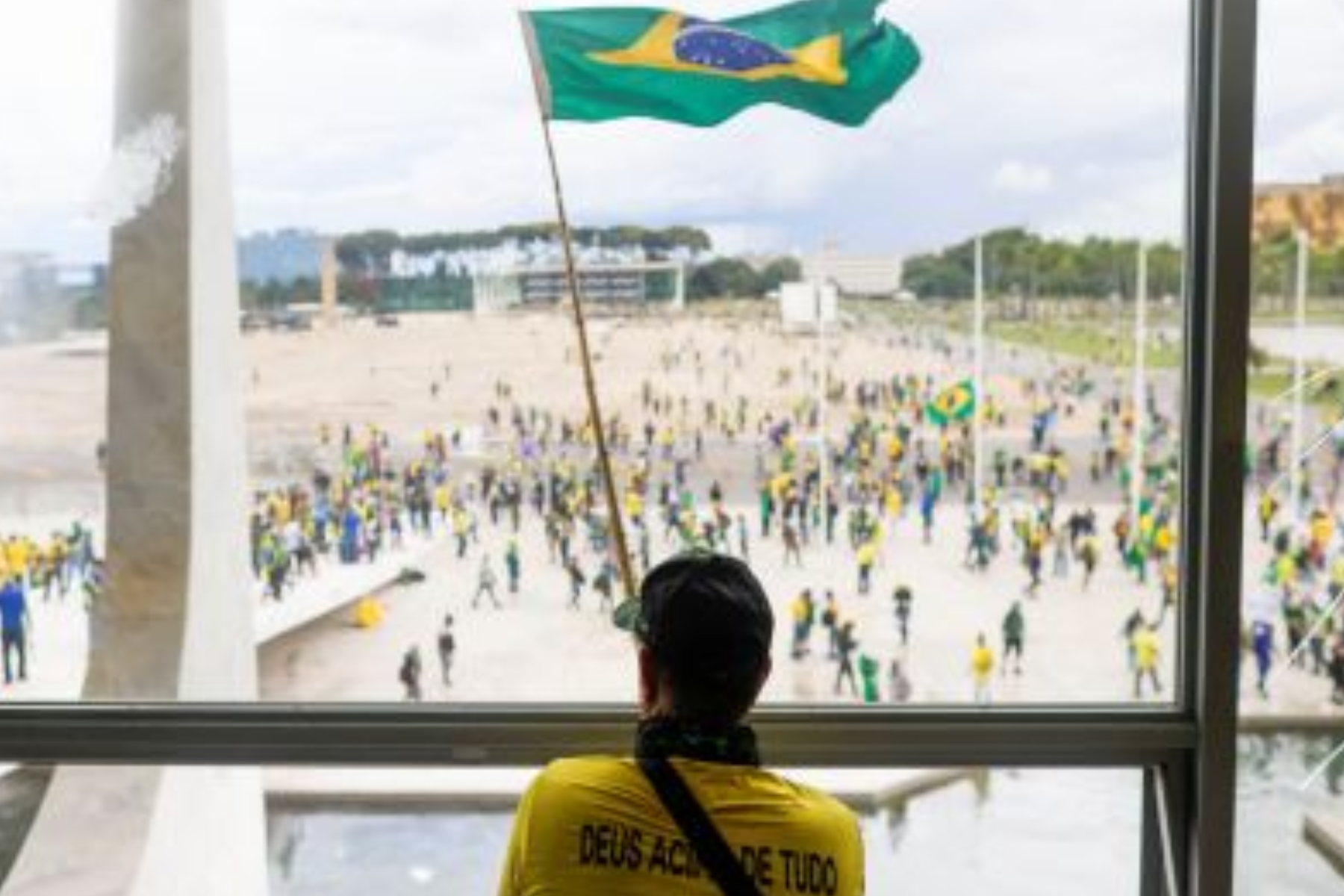 The MPF said, “The Attorney General of the Republic, Augusto Aras, monitors and follows with concern the acts of vandalism to public buildings that occur in Brasília this Sunday (8),”

Aras has also asked the Attorney General's Office in the Federal District (PRDF) to start a criminal investigation right away so that those responsible can be found and punished.

Several hours after the breach, the Federal District Military Police (PMDF) of Brazil said in a statement that they had started getting pro-Bolsonaro protesters out of the buildings.

The PMDF says that people who were found to have done "acts of vandalism" were taken to the police station.

Anderson Torres, the Federal District Security Secretary and a former justice minister in Bolsonaro's government, also called the scenes "regrettable" and said he had ordered, "immediate steps to restore order in the center of Braslia."

Torres, who was the Justice Minister under Bolsonaro, was appointed to the Federal District office by current governor Rocha but was dismissed after Sunday’s breaches.

Rocha apologized for storming federal public buildings in a video that was posted on YouTube Sunday night.

What happened was unacceptable. We did not believe at all that the demonstrations would take on the proportions that they did. They are true vandals, true terrorists, and they will have every fight with me to punish them.

The Brazilian Federal Public Defender (AGU) asked the country's Supreme Court to issue an arrest warrant for Torres and "other public agents responsible for acts and omissions."

The AGU also asked for the "immediate evacuation of all federal public buildings across the country, and the dissolution of anti-democratic acts carried out in the vicinity of barracks and other military units."

"The assault on democracy and the peaceful transfer of power in Brazil." was something that US President Biden said was wrong on Sunday.

“Brazil’s democratic institutions have our full support and the will of the Brazilian people must not be undermined,” Biden said on Twitter. He added that he looked forward to working with Brazilian President Lula da Silva.

In a statement, the government of Portugal said that it "condemns the acts of violence and disorder that happened today in Brasilia" and promised to help "restore order and legality."

The will of the Brazilian people and democratic institutions must be respected! President Lula da Silva can count on the unconditional support of France.

As did Spain and Colombia, the President of the European Council, Charles Michel, also said that "the attack on the democratic institutions of Brazil" was wrong and that he would stand by the Brazilian president.

Antonio Guterres, the Secretary General of the United Nations, also spoke out against the "assault on Brazil’s democratic institutions."

He said, "The will of the Brazilian people and the country’s institutions must be respected."