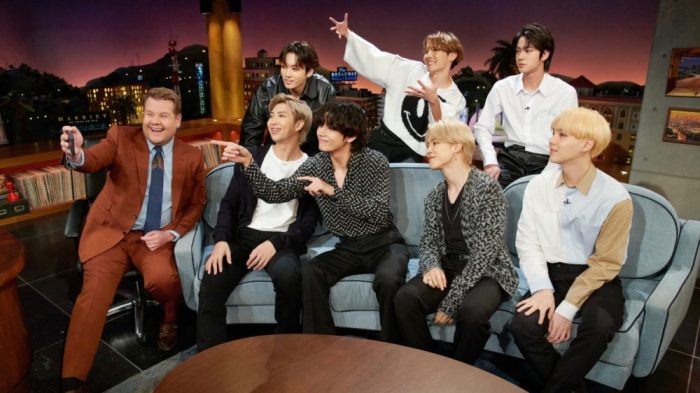 BTS took James Corden again into the woods for the dwell tv premiere of the group’s new “Black Swan,” unfolding on a deep-forest set two nights after their Grammys debut, which was additionally the topic of a brief interview on the late-night present.

Talking of their look on the Grammys, the group mentioned, “The whole lot about that night time was so particular. We couldn’t consider it.” The ensemble made it clear they had been joyful to be included on Sunday’s telecast however wouldn’t thoughts extra. RM, a main rapper within the group, mentioned, “It felt like Ok-pop was lastly acknowledged worldwide by Alicia” Keys, the award present’s host. Added Suga, “Subsequent time we’re going so as to add a BTS stage, too,” referring to the truth that this time the group was appearing as a participant in a Lil Nas X medley.

Apart from performing the brand new quantity and being interviewed by the “Late Late Present” host, the Ok-poppers additionally participated in an extended recreation of hide-and-seek within the studio with Coren and their fellow visitor Ashton Kutcher.

Their new album, “Map of the Soul: 7,” is due Feb. 21. “The title is ‘7,’ it’s been seven years since our debut and we now have seven members right here,” mentioned RM. (“Eight,” mentioned Corden, attempting to incorporate himself.) “So seven is sort of a actually particular quantity for us.”

“We wish the Military to be joyful via our music, and we can be there for you — we love,” mentioned BTS member V.