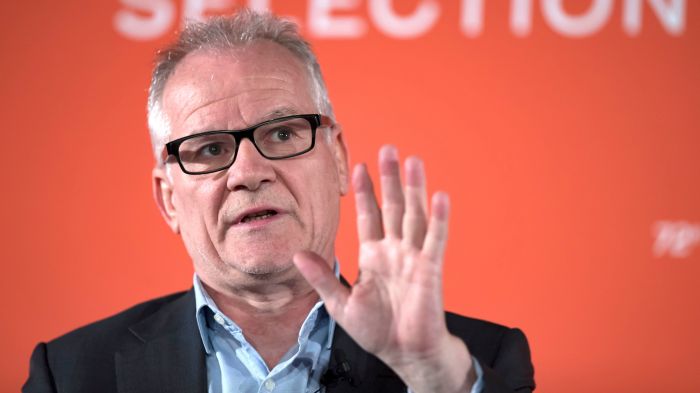 The Cannes Film Festival has released a statement following the new measures taken by the French government to restrict gatherings for more than 100 people.

Although the ban has not been dated, Cannes organizers said they were still hopeful. “The latest restriction are stemming from a plan which we hope will start to bear results in April, and by then we will know if the events scheduled for May, at Cannes and elsewhere, will be maintained,” said the festival’s spokesperson.

“We are working hand in hand with the mayor of Cannes and the National Film Board (CNC) to make the festival happen and if it does, in the best possible conditions,” added the spokesperson.

The Cannes Film Festival’s director Thierry Fremaux said in an interview with the French newspaper Le Monde on Thursday that he and his team were continuing to prepare the festival with the hope that the pandemic will be receding by mid-May. “We have a tradition of saying that the Cannes Film Festival is the first sign of summertime. To remain optimistic and keep our fighting spirit, let’s say that this year Cannes will be the first world event where we’ll rejoice life again,” said Fremaux.

A few hours after the publication of Fremaux’s interview, France president Emmanuel Macron called for the shutdown of schools, universities and colleges across the country starting on March 16 for an undetermined amount of time. The country’s prime minister Edouard Philippe then announced the ban on gatherings for more than 100 people on Friday. A timeline for this restriction is expected to be unveiled later today.

Although several high-profile events already been scrapped in France, including the international TV showcase Miptv and Series Mania, the TV drama festival in Lille, the French government or regional authorities did not play an active role in these cancellations.