Danny Trejo Net worth: Interesting Facts You Will Love To Know in 2020 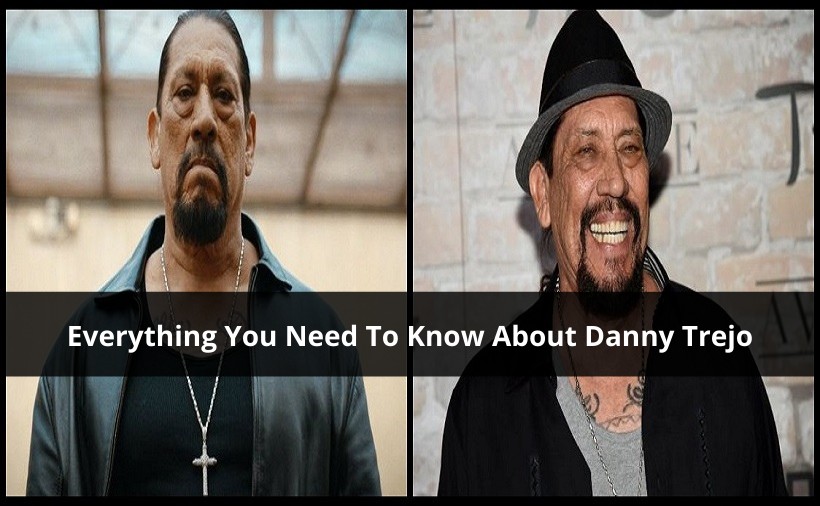 Some very Latino actors are as popular as Danny Trejo. Even if you don’t know him by name, you have seen him in a dozen movies. Although he is in his 70s, there is no sign of him stopping. He continues to amaze us with his brilliant acting skills and badass attitude.

Danny Trejo is mainly known for his edgy personality. The deadly scar on his face just adds to his persona. From his moustache to menacing look, everything is iconic.

In his long career span, he has worked in hundreds of movies and other TV projects. Not just that, but he has also made appearances in video games. Some of the well-known Danny Trejo movies are Machete and Spy Kids. even most of the people know him as machete actor. But if you want to know more about Danny Trejo net worth, wiki and other details, then you are most welcome to read the post below. 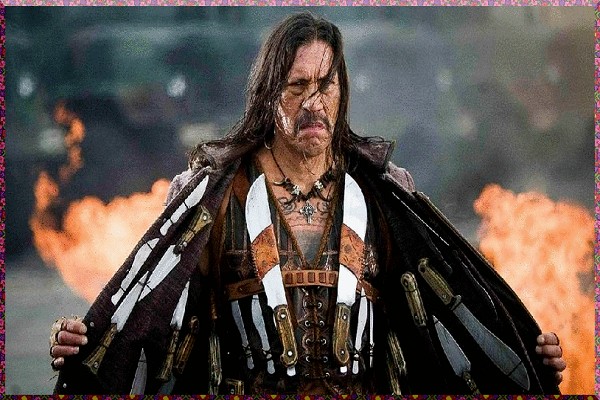 Suggested: What is Tom Cruise net worth now in 2020?

Some interesting facts about Danny Trejo 2020 that will amaze you:

1. He Appeared In Many Music Videos

Apart from movies, video games, and TV shows, he has also appeared in many music videos. Most of these music videos are from metal bands, especially the California metal band called Slayer. You can check out songs Pride in Prejudice and Repentless to catch a glance of him. Other bands and singers he has worked with include Enrique Iglesias and Mobb Depp.

2. Song Named After Him

He is so popular that he even has a song named after him. The Mexican tune “Danny Trejo” is made by Plastilina Mosh which is a well-known alternative rock band. They are mainly known for mixing different music styles.

From rap to rock to dance, there is no genre that they haven’t touched. Not just that, but they make songs in different languages as well. It seems like they are a fan of Trejo to have made a tune after his name.

3. Robert Rodriguez Is His Cousin

Not many people know about this but filmmaker Robert Rodriguez happens to be his second cousin. They figured this out while filming for Desperado. Before that, the two of them have collaborated quite a few times. But at that point, they were unaware of their relationship.

Trejo has always portrayed the bad guy in his movies. Well, it turns out that not all of it is acting. In real life, he has been to prison. Back in the 60s, he went to jail. Once he said that his physical appearance has always landed him in trouble.

He also said that the tough characters he portrays on screen are drawn from his personal experience. For those who don’t know he was in prison for five long years. During his time in prison, he decided to turn sober and also learned boxing.

Back in the days, he faced a lot of issues with his drugs and alcohol addiction. But he recovered and has been sober for 42 years now. The time he spent in San Quentin helped him to get sober.

He too wanted to get back to a clean life and to make it happen, he got into a 12-step program. This helped him get through the difficult phase of his life. Later, he even worked as a drug counsellor for young people.

6. He Was A Part Of Desperate Housewives

Many of you will be shocked to know that he was also a part of the famous drama Desperate Housewives. In case, you didn’t realise it at the time of watching, you know it now. He appeared in season two where he portrayed the role of a good man who helped Gabrielle deal with the loss of her baby.

Well, he played a good man role in many other shows as well. Some of them are Bubble Boy, Spy Kids, and Monk. But we prefer him in the bad man’s role, don’t you agree?

7. Octavio’s Looks Are Based On Him

For those who have watched the show called King of the Hill must know that Trejo voiced the character of Enrique. However, the character Octavio’s looks are based on Trejo. His voice was also done by Trejo. Octavio is a hitman who becomes friends with Dale. King of the Hill is an interesting adult sitcom show. If you haven’t done it yet, then you should do it now.

8. He Owns Many Restaurants

Danny Trejo is not only successful in his acting career, but he is also doing great in his business. In case, you didn’t know he owns multiple restaurants in Los Angeles. Trejo’s Tacos and Trejo’s Coffee & Donuts are two of his ventures. They are quite popular in LA.

His restaurant’s dish rainbow cauliflower tacos were ranked in the top 10 list from the Los Angeles Times. Recently, he launched a doughnut food truck in Las Vegas. Coming to Danny Trejo family after he got separated with his wife only Danny Trejo daughter is living with him.

Danny Trejo is not always a villain. In real life, he is a hero. In 2019, he witnessed a tragic car accident. Without wasting time, he ran to the SUV and saved a five-year-old kid from dying. The kid was stuck in the vehicle which was overturned.

This shows that he is a good man from the heart. On multiple occasions, he has said that helping someone else has been the only good thing that has happened in his life. It was his instincts that kicked in when he jumped in like a hero to save the kid.

you might be wondering and questioning like How old is Danny Trejo? because of his physical appearance. His age is 76 years as of now but he just looks like 40 to 50 years old. He is maintaining his physique very well even now.

Trejo is well known for his distinctive appearance. along with his heavily lined face, scarred from cystic acne and a brawl, and the long hair and moustache he usually sports, Danny Trejo tattoos on his chest got displayed in many roles of his movies. And Danny Trejo scars are his lifetime memories from his past movies as per a few internet sources.

Latest: Aaron paul net worth and facts you should know

You can see below how Danny Trejo now in 2020 appealing to his fans. he is very active on social media platforms like Instagram and Facebook. we didn’t find any Danny Trejo young age photos online. 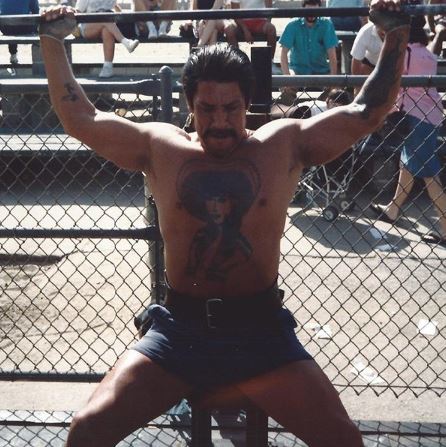 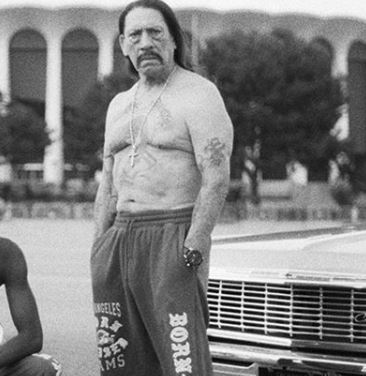 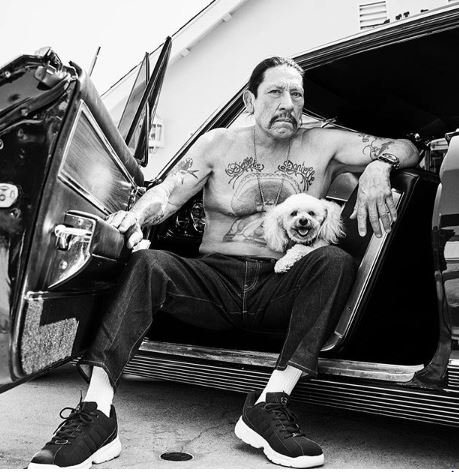 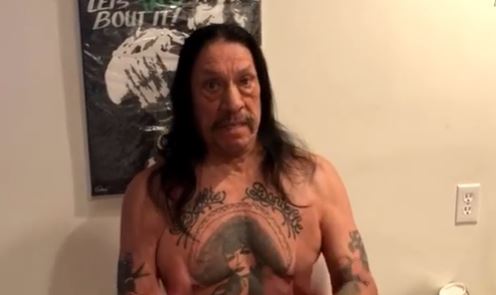 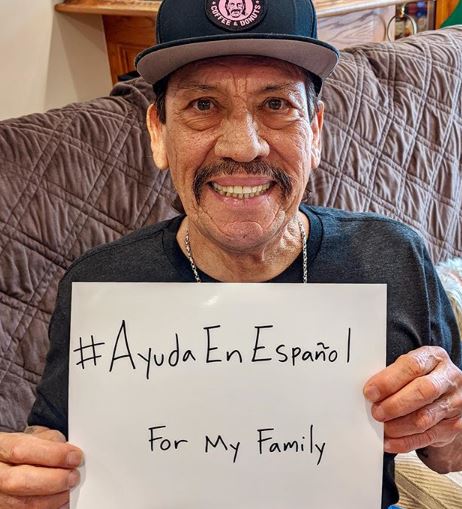 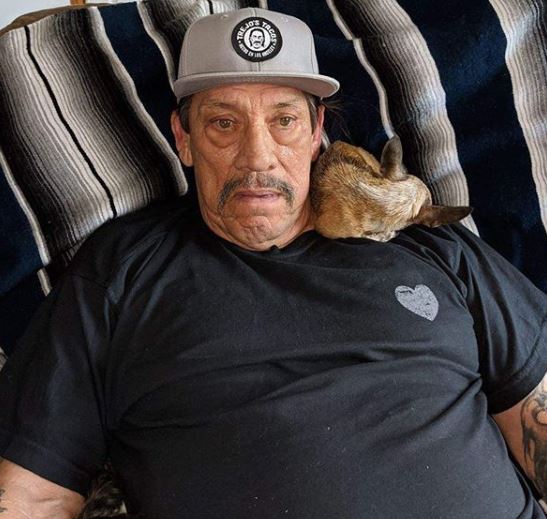 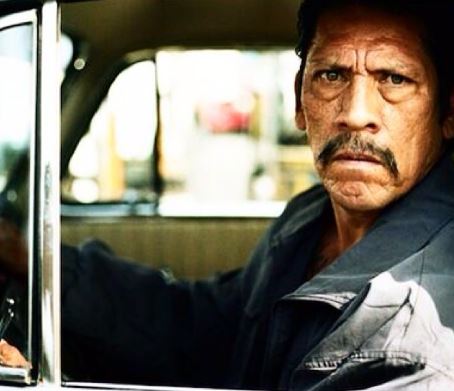 Danny Trejo may look like a dangerous man to most of us. But coming to Danny Trejo attitude he is a good and sober man inside. He may have a dark past, but he has left it behind and is a successful man today. and there are rumours on the internet that few people are trying to make a film based on Danny Trejo biography in 2020.

Check: Dwayne Johnson worth & Wikipedia in 2020