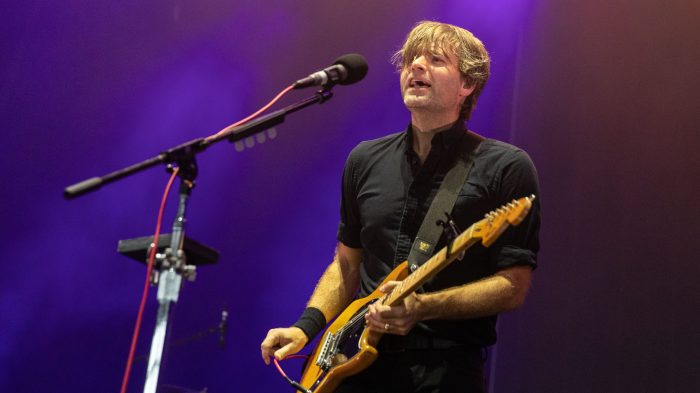 Ben Gibbard announced that he will livestream performances from his home studio every day for the next few weeks, as a thank-you to fans and a way to fight the loneliness the coronavirus self-isolation has brought. Beginning Tuesday, “Ben Gibbard: Live From Home” will air live at 4 p.m. PT via YouTube and Facebook.

“I know you are all freaked out right now,” the Death Cab for Cutie frontman wrote in a letter posted on social media. “I am, too. And while I’m proud that we’re all doing the necessary things at the moment to help flatten the curve, I know it has left us incredibly isolated.

“Be it with DCFC, Postal Service, or solo I have always been grateful for the honor you have bestowed upon us by choosing to congregate en masse around our music,” he continued. “Some of you have traveled great distances and/or shelled out large sums of money to see us play and that has never been lost on me. So in this crazy unprecedented time, I’d like to return my favor by coming to you.”

He said he will take requests from fans and may feature a few guests digitally. “It will assuredly be a little wonky and glitchy but we’re gonna do our best,” he said.

It’s a move that is likely to become more and more common in the coming weeks, as artists seek to find ways to engage with fans amid a concert lockdown. Neil Young announced a “Fireside Sessions” performance series from his home studio and joined My Morning Jacket’s Jim James in a digital rally for Bernie Sanders on Monday night, while Instagram has launched a “Together, at Home” series that hosted Coldplay’s Chris Martin on Monday, among others.