Demon Slayer, What Made It A Popular Hit? 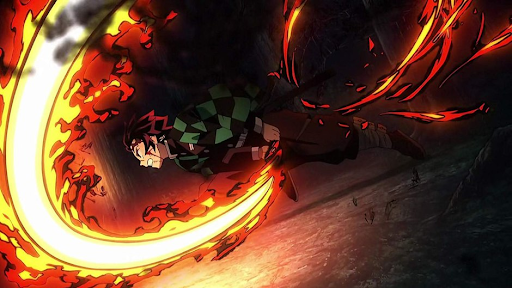 Demon Slayer, also known as Kimetsu no Yaiba in Japan, is a manga and anime series written and illustrated by Koyoharou Gotouge. It tells the story of Tanjiro Kamado, a young man who is attempting to become a Demon Slayer after his family was slaughtered by demons and his sister, Nezuko, was transformed into one.

Aside from the appealing storyline, Demon Slayer flaunted amazing and smooth animations.

The action sequence between the opposing characters seemed flawless and every frame is capturable as a piece of art. Audiences indulged in stunning visuals and dynamic fighting sequences while also keeping them hooked to the story unfolding with it.

The unique aesthetic that radiates classic Japanese paintings, with an almost perfect mix of 2D animation and CGI backgrounds allows the scenes to flow for the dynamic and complex camera movements. Every battle with a demon is unique because of the different abilities and fighting styles of the demons and the way the battle plays out. These designs alone make it incomparable with most of the shonen type animes today, coupled with the show’s phenomenal sound design, it truly is a work of art. 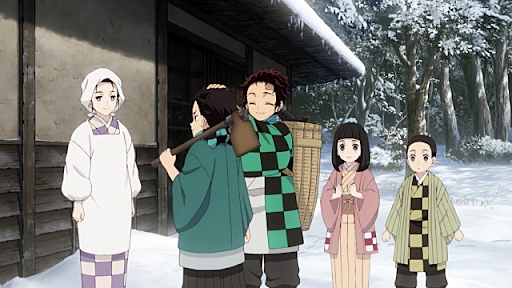 Season 1’s story revolves around young Tanjiro Kamado as he trains and strives as a member of the Demon Slayer corps after the Demon King Muzan Kibutsuji slaughtered his family except for his sister, Nezuko Kamado, which he turned into a demon.

After being saved by Giyu Tamioka as her demon sister mindlessly attacks him, He pleads with him to spare her life as it was Giyu’s job to kill demons. Following a fight between Giyu and Tanjiro and knocking Tanjiro unconscious, Giyu puts a bamboo tube to act as a muzzle on Nezuko and instructs Tanjiro to go to Sakonji Urokodaki, a person from Sagiri Mountain, and told him not to take his sister out in the sun, he then left the siblings on their own.

This sets him on his path and journey to save his sister, avenge his family and to become a strong Demon Slayer. Along his path he encounters allies such as Zenitsu Agatsuma, A demon slayer who comes off as a coward, but proves to be powerful in battle when he falls asleep due to passing out when his life is in danger. Ynosuke Hashibira, a short-tempered and arrogant young man who believes he is the best fighter in any circumstance, continually challenges most people he encounters and demands that others recognize and praise him for his abilities. And the Hashira, the 9 most powerful Demon Slayers in their corps.

Throughout the series we learn more about the protagonists' stories and how their relationships develop with each other. We see them face impossible odds but survive and come out on top in every situation. As the series progresses, Tanjiro and his group undertake missions and training that overall makes them stronger and better than they were before.

This character chemistry and progression is one of the huge factors to the overall success of the series as it lets us empathize and resonate with these characters. It's a revenge tragedy and a coming-of-age drama for Tanjiro, with a few laughs thrown in for good measure. There are also moving moments showcasing his unconditional love for his family and companions.

Demon Slayer is not all Epic fight scenes or funny interactions between characters, This show also gives us these sad and emotional moments from time to time in each episode. 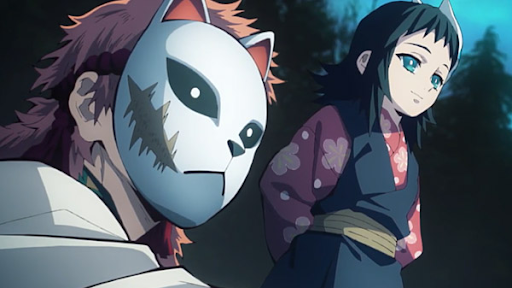 A few other moments other than the tragic deaths of Tanjiro’s family that struck the most was when Tanjiro hit a wall in his training to become a demon slayer, and he couldn't push on. He is then met by two young warriors after being abandoned by his master Urokodaki; Sabito, who pushes him to fully comprehend Urokodaki's lessons, and the delicate Makomo, who tries to explain what's behind all those teachings.

Only until he reached the Final Selection that he realized they were ghosts killed by a Demon during their Final Selection exam specifically because they were Urokodaki's students. We witnessed how they were tortured and how scared they were as they died. It's a painful image that serves as a reminder of the risks Tanjiro will face in his journey. 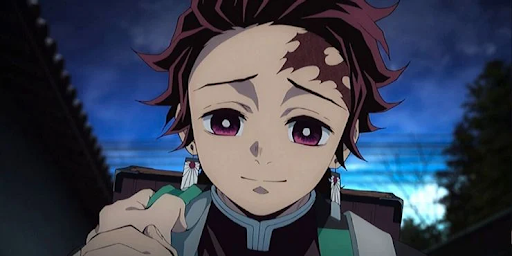 Another was when After passing the Final Selection, Tanjiro's first assignment was to find the demon who had been taking young ladies in the middle of the night in a town northwest of Japan. During his journey, he meets a young man named Kazumi, whose fiancée was among those who mysteriously vanished which we later found out was also tragically killed by the demon. 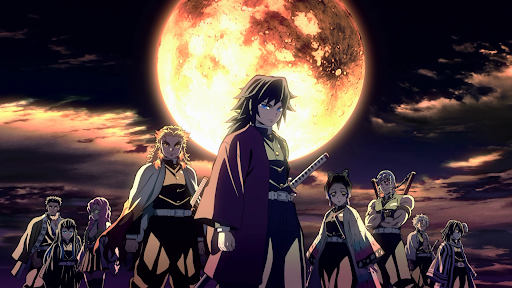 One of the most compelling scenes was while Tanjiro awaits for Kagaya Ubuyakshiki's (leader of the Demon Corps) decision on whether he can continue traveling with Nezuko, Kagaya says that despite being a demon, both Giyu and Urokodaki feel Nezuko isn't a threat to humanity. They both swear to perform seppuku if she ever does become a threat. Despite the fact that the other Hashira were enraged by this choice, an emotional Tanjiro is sincerely humbled by their devotion and cries with relief of their decision.

Not only do the main characters have tragic backstories and emotional moments in their journeys, but the series humanizes the demons at the end of their lives. Each demon killed had a tragic reasoning behind their transformation into a demon, others had ambitions, goals, desires, but some were just unlucky. One of the demons Tanjiro fought died happily when Tanjiro recognized his Blood Demon Art skills, another had an incurable disease and was only healed when he was turned into a demon. 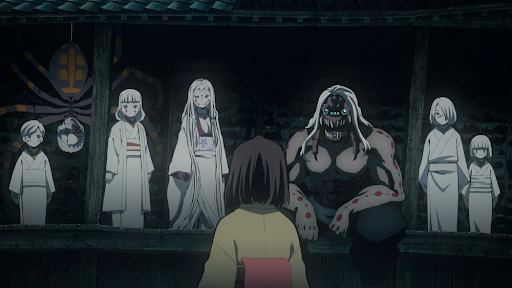 One of the final enemies the Demon Slayers fought was the Spider Family, A group of demons each assuming a role in a typical family. We learn that Rui, the youngest and true leader of the Spider Family Rui was first depicted as a vicious murderer who would stop at nothing to achieve his goals, but after his death, fans discovered his tragic history. Rui was born with a weak and feeble physique, and after meeting Muzen, who transformed him into a demon, he murders his father and mother, who attempted to kill him because they couldn't accept the fact that he ate humans.

This heartbreaking moment reveals to viewers that Rui was longing for a regular family life, which is why he coerced a large number of demons to pose as his fictitious family. Before he dies, he runs into his father and mother, who have been waiting for him, and the three of them finally move on into the afterlife together.

With the stories of the demons being revealed on why and how they turned into a demon and how peaceful their deaths are, the show makes us realize that being a demon was a curse for them as well, whether it's being acknowledged by others or finally being free from being a demon. 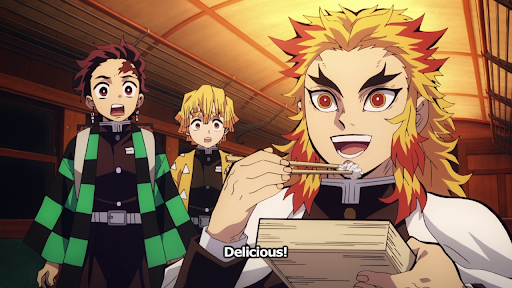 Demon Slayer The Movie: Mugen Train was one of the first films to be shown in Japanese theaters during the pandemic period, when Japan's regulations regarding the pandemic were eased, crowds flocked to see it. The film smashed all-time opening weekend records at the Japanese box office in its first weekend. With a budget of $15.8Million and a total box office hit of $366.7 million globally as of May 2021, on its way to being the highest grossing film in Japanese History.

It follows the story of our demon slayers, Tanjiro, Nezuko, Inosuke, Zenitsu, and Rengoku investigate the disappearance of 40 individuals aboard a strange train in this animated movie. Demon Slayer the Movie: Mugen Train, similar to its anime series, delivers breathtaking visuals, sound design, and the dramatic effects of the story. As expected from the Demon Slayer franchise, it doesn’t shy away from the tragic scenes that unfold throughout the movie. This film is set to be the bridge that connects the first season to the upcoming season 2 of the anime series.

Will There Be A Season 2? 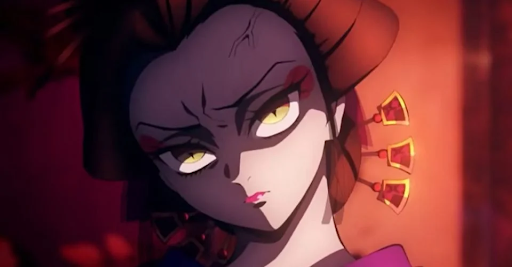 One of Japan's Yahoo pages has an update on the series' director. The anime's second season has been given a release date, according to the news network. The program was scheduled to return in October 2021, but the announcement has solidified the date along with the release of the new teaser trailer that they have released.

Demon Slayer being a cultural hit was completely unexpected. When its anime series first aired on April 6 2019, the manga series had already been widely popular with its core audience and fans. On May 18, 2020, the manga series' final chapter was released in Weekly Shonen Jump magazine, just a year after the commencement of its anime run. Social media instantly exploded with opinions on how the manga series ended, especially considering it was at the height of its popularity.

The Series was created by Ufotable, Ufotable is a well established Japanese animation studio that has produced some of the most well-made and intelligent anime series. They are well known for being responsible for the Godeater, Fate/Stay franchise and Demon Slayer series. 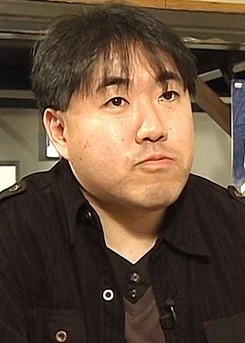