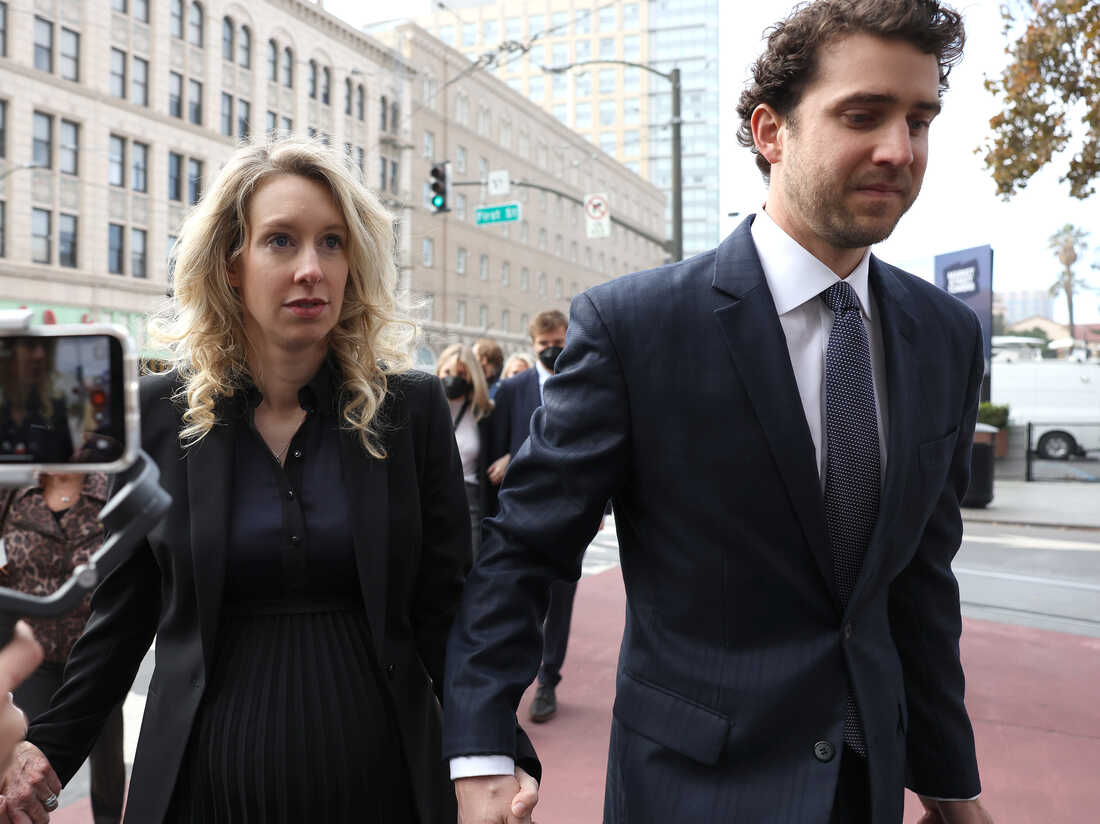 The founder of Theranos Elizabeth Holmes is sentence to more than 11 years in prison. Holmes was given 11 years and three months jail sentence on Friday by a federal judge for defrauding investors in her now-defunct blood-testing firm, which had a $9 billion valuation at one point.

After a jury found Holmes, 38, guilty of three counts of investment fraud and one count of conspiracy last January after a three-month trial, U.S. District Judge Edward Davila sentenced her in San Jose, California. The defense wanted the judge to impose no prison term, while the prosecution had asked for a sentence of 15 years in jail.

The sentence brought to an end a multi-year drama that captivated the public and sparked discussions about Silicon Valley's culture of exaggeration and hype. Ms. Holmes raised $945 million for Theranos and boasted that the start-up would transform healthcare with tests that required just a few drops of blood. Ms. Holmes was found guilty of four counts of fraud in January for misleading investors with those statements, which turned out to be untrue.

More than a decade after leaving Stanford University to launch Theranos, a start-up that sought to revolutionize health care by providing better disease diagnoses, Ms. Holmes' remarkable ascent and fall began.The company formed relationships with large grocery chains to establish testing facilities in their stores and developed a machine that it claimed could do more than 1,000 tests on a drop of blood. Ms. Holmes further asserted that drug manufacturers supported the company's technology and that it was applied to Afghan battlefields.

She appeared on magazine covers, dined at the White House, and amassed a paper net worth of $4.5 billion, which set her apart from other start-up founders. Ms. Holmes' tale has been repeated in podcasts, TV shows, books, and films ever since Theranos' deception was made public in 2015.

The Wall Street Journal exposed Theranos's lies in 2015, and soon after, a federal inspection resulted in the company's lab being closed down. Theranos was shut down in 2018, the same year that Elizabeth Holmes and Ramesh Balwani were charged with fraud.

Ms. Holmes wept as she made a statement to the judge on Friday in front of a sizable crowd of friends and relatives, including her parents and her partner, Billy Evans.

Although a probation officer assigned to the case suggested nine years in prison, federal sentence guidelines for wire fraud of the kind that Ms. Holmes was found guilty of call for a maximum of 20 years. In contrast to the 15 years and $804 million in reparations sought by the prosecution for 29 investors, her attorneys had only requested 18 months of house jail.

Judge Davila had been requested by the prosecution to take into account the message that her case would convey to the world. They stated in court documents that Ms. Holmes called to receive a long term in order to "deter future start-up fraud schemes" and "rebuild the trust investors must have when funding innovators."

Former federal prosecutor and assistant professor Jeffrey Cohen at Boston College Law School said it was unusual for a sentence to exceed a probation report's recommendation, but Ms. Holmes' case had become a symbol because of its high-profile character. The penalty also demonstrated how seriously courts view fraud, he continued.

We rarely see these kinds of prosecutions.

Judge Davila questioned the victims on Friday about any Ms. Holmes victims present. The son of George Shultz, the late former secretary of state who served on Theranos' board and passed away in 2021, and the father of Tyler Shultz, a Theranos employee who assisted in exposing the fraud, Alex Shultz, stepped up and introduced himself. He was wearing a blue suit.

Alex Shultz revealed how Ms. Holmes had almost "desecrated" his family when she believed Tyler Shultz had spoken to the media about Theranos, his voice quivering as he spoke. Alex Shultz claimed that she hired private investigators to pursue them, threatened legal ruin, and "took advantage of my dad."

Ms. Holmes' claim that Theranos' failure was typical of a high-risk, ambitious Silicon Valley start-up was questioned by Jeffrey Schenk, an assistant U.S. attorney, the lead prosecutor. "It is a logical fallacy to suggest that start-ups fail, Theranos was a start-up, and, therefore, Theranos failed because it was a start-up," he said. "That is not true."

In court, Ms. Holmes' attorney Kevin Downey argued that since she had never sold her Theranos stock, there was no evidence of greed, such as boats, jets, big houses, and parties.

He stated, "We have a conviction for a crime where the defendant’s motive was to build technology."

In an effort to gain leniency, Ms. Holmes presented more than 100 letters of support from influential people, such as Stanford academics, venture capitalists, and New Jersey Democratic Senator Cory Booker, portraying her as a good person who was the victim of circumstances.

Her father, Christian Holmes, stated in one letter that "much has been written in the media and addressed in the trial about the company and its failure. Little has been said about the innovation Elizabeth strived for, sacrificed and accomplished in order to help the company continue."

The Federal Bureau of Prisons will put Ms. Holmes in jail based on variables like geography, available space, her lack of a criminal record, and the nonviolent nature of her crime. The Federal Correctional Institution in Dublin is most likely the minimum security facility that is closest to Ms. Holmes' home in Woodside, California.

Prior to passing judgment, Davila referred to the case as "troubling on so many levels," wondering what drove Holmes, a "brilliant" businesswoman, to misrepresent her company to investors.

This is a fraud case where an exciting venture went forward with great expectations only to be dashed by untruths, misrepresentations, plain hubris and lies.

Due to her pregnancy, Judge Davila scheduled a surrender date for Holmes in April 2023. She is allowed to be with her baby right after her delivery but only for a short period of time.

Her attorneys are expected to request the judge to keep her out on bail throughout her anticipated appeal. They intend to challenge the judge's choices to uphold Holmes' conviction by the jury as well as her sentence to the 9th U.S. Circuit Court of Appeals in San Francisco.

A 15-year sentence would be "making a statement that the ends don't justify the means.," assistant US attorney Jeff Schenk told Davila during the hearing.

Holmes' attorney Kevin Downey requested home confinement, arguing that being lenient was appropriate because she was not driven by money like someone who did a "great crime" would be.

In court documents, it was said that the federal probation office had suggested a 9-year prison term.

Tech start-ups are notorious for their exaggeration and hype, but relatively few executives are ever charged with fraud, let alone found guilty and imprisoned. The Justice Department has stated that it intends to be more aggressive in its pursuit of white-collar criminals, thus this pattern may be changing.

The founder of the Nikola electric vehicle startup, Trevor Milton, was found guilty of fraud in October. Additionally, Sam Bankman-Fried is the subject of numerous state and federal investigations. He founded the cryptocurrency exchange FTX, which filed for bankruptcy last week.