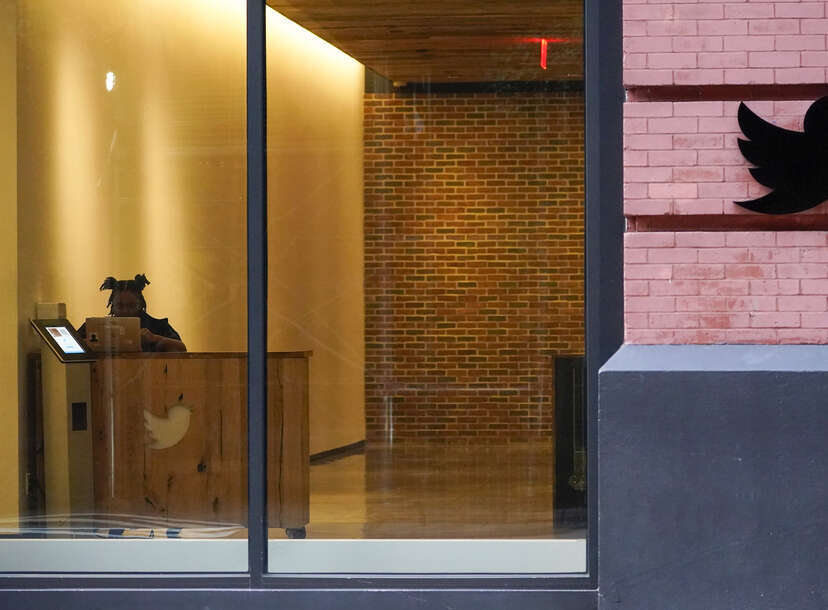 Elon Musk, the recently hired CEO of Twitter, asserted that Elon Musk will create his own smartphone if Apple and Google removed the app from their platforms.

Musk responded to Liz Wheeler's suggestion that he create a new phone if tech companies decide to remove Twitter from their app stores. Wheeler made the suggestion after Musk earlier this week stirred up controversy by calling for "universal amnesty" for suspended accounts.

Ms. Wheeler claimed that "half the country will cheerfully reject the biased, snooping iPhone & Android" in favor of the so-called "tELONphone," adding that the task would not be difficult for a man who builds rockets to Mars.

Musk stated that he is considering the idea as a last resort.

I certainly hope it does not come to that, but, yes, if there is no other choice, I will make an alternative phone.

He insisted that accounts would be reinstated on the network if they had not "broken the law or engaged in egregious spam."

The founder of Tesla has previously lifted restrictions on a number of problematic individuals, including Donald Trump, whose account was blocked for using obscene language following the attack on the Capitol on January 6.

Musk's proposed "amnesty" would likely include a more extensive easing of limitations.

Since Musk completed the takeover, Twitter has had a number of issues.

The Centre for Countering Digital Hate claims that when Twitter controversially suggested it might start charging monthly fees for the "blue check" verification system, the site saw a proliferation of bogus accounts and a jump in tweets with racist epithets.

When Musk warned them to adopt the new company mindset or quit their jobs, he also precipitated a significant exodus of workers. According to The New York Times, there were major layoffs following the takeover, and at least 1,200 people have gone.

Jordan Peterson, a right-wing academic, and comic Kathy Griffin, whose Twitter handle had been altered to "Elon Musk," have both been reinstated by the new Twitter CEO.

Twitter has been plagued by numerous problems ever since Musk completed the takeover.

Musk also caused a major exodus of employees when he told them to adopt the new company attitude or quit their jobs. At least 1,200 have left after there were significant layoffs following the takeover.

Another 1,200 Employees Quit Twitter Amid Mayhem After Musk's Takeover

Twitter, run by Elon Musk, was in serious jeopardy when another 1,200 employees left due to the need for an "extremely hardcore" environment.

Key infrastructure teams at Twitter were reportedly "decimated," according to the New York Times, and Musk emailed staff members to inquire about the specifics of the underlying technology.

Musk said in the email on Friday, "Anyone who actually writes software, please report to the 10th floor at 2 p.m. today."

"Before doing so, please email me a bullet point summary of what your code commits have achieved in the past 6 months, along with up to 10 screenshots of the most salient lines of code," he continued.

Prior to that, Musk fired 50% of the Twitter staff after numerous high-level executives tendered their resignations.

Musk claimed he is not "super" concerned about the mass resignations after hundreds of workers left the company before the deadline because the best workers remain.

A number of workers announced their resignations on Twitter before the cutoff date for fulfilling Musk's increased work requirements.

According to estimates, hundreds of Twitter Inc. workers have chosen to leave the struggling social media business after new owner Elon Musk gave them until Thursday to sign up for "long hours at high intensity" or go.

The departures show that some of Twitter's 3,000 or so staff members are reluctant to stay at a firm where Musk already fired half of the workers, including top management, and is ruthlessly reshaping the culture to stress long hours and a fast pace.

Late on Thursday, Musk declared on Twitter that he was unconcerned about resignations since "the best people are staying."

Many of the engineers responsible for resolving issues and avoiding service interruptions are leaving, which raises concerns about the platform's stability in light of the personnel losses.

According to a source with knowledge of the situation, the version of the Twitter app used by staff started to slow down on Thursday night. This source predicted that the public version of Twitter was in danger of going down overnight.

The source, who wished to remain anonymous out of concern for retaliation, stated, "If it does break, there is no one left to fix things in many areas."

According to the former worker, nearly 40 Twitter employees announced their decision to leave in a private Signal chat with about 50 other employees.

And according to a person with knowledge of the Slack group, roughly 360 people joined a new channel called "voluntary-layoff" in a secret Slack group for Twitter's current and past employees.

Staff members were asked to predict, based on their perceptions, what proportion of users would stop using Twitter in a separate poll on Blind. More than half of respondents expected at least 50% of staff will quit.

Both Apple and Google have policies that forbid apps from their stores from containing content that is sexist, racist, or otherwise discriminatory, or that is used to bully or harass another person.

Elon Musk reportedly says a lot of things that don't come to pass, according to Gizmodo. Recall the Tesla Semi, which has beyond its timeline by three years. Or the Cybertruck, which in a real-world demonstration proved to not be bulletproof.