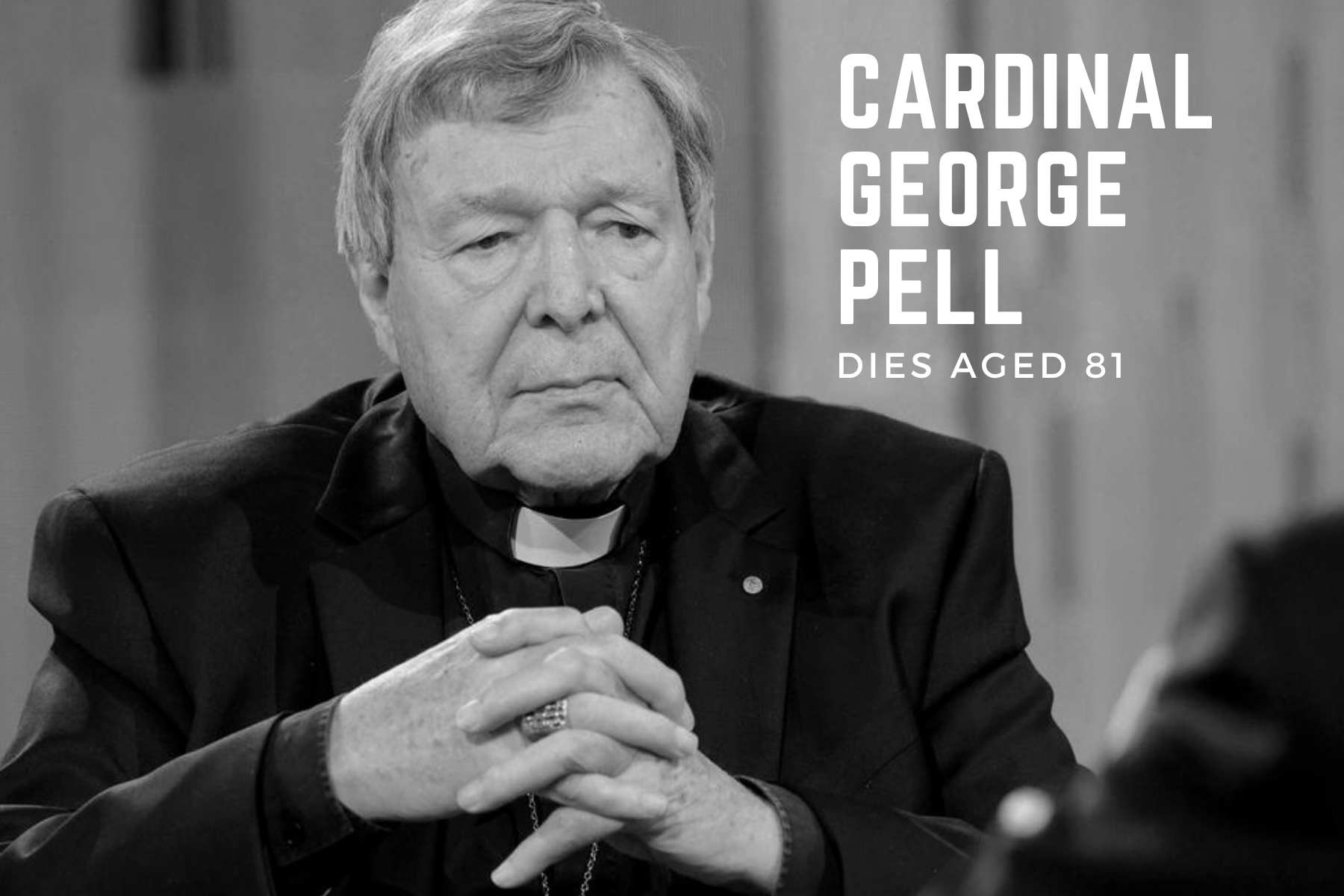 Sad news: George pell dies aged 81. He was the highest-ranking Catholic official to be found guilty of child sex abuse before the ruling was overturned in 2020.

Pell was born in the Australian city of Ballarat on June 8, 1941. He worked his way up through the Roman Catholic Church to become Vatican treasurer, which many people think is the third most important job in the church.

From 2014 to 2019, he was in charge of Pope Francis's financial reforms. These reforms slowed down a lot when he had to go back to Australia to face accusations of past sex abuse.

Pell was found guilty of these charges in 2018, and he went to prison for 13 months before the High Court of Australia overturned his conviction in April 2020. Pell strongly denied the charges, which he said were a "product of fantasy" in a 2016 interview with police.

In a two-page summary of the decision, the High Court said that the jury "ought to have entertained a doubt as to the applicant’s guilt" and ordered that the convictions be overturned.

In a statement, the Archbishop of Sydney Anthony Fisher expressed sadness at Pell’s death. He said in a Facebook post:

This news comes as a great shock to all of us. Please pray for the repose of the soul of Cardinal Pell, for comfort and consolation for his family, and for all of those who loved him and are grieving him at this time.

When asked about Pell's death on Tuesday, Australian Prime Minister Anthony Albanese said that he had sent the government's condolences to Fisher. He said:

For many people, particularly of the Catholic faith, this will be a difficult day and I express my condolences to all those who are mourning.

Pell is a controversial figure in Australia, and many people used the news of his death to show their support for people who were abused as children.

Rise Up In The Church

In December 1966, Pell was ordained as a Catholic priest. He then went to Rome, Oxford, and Cambridge to study. 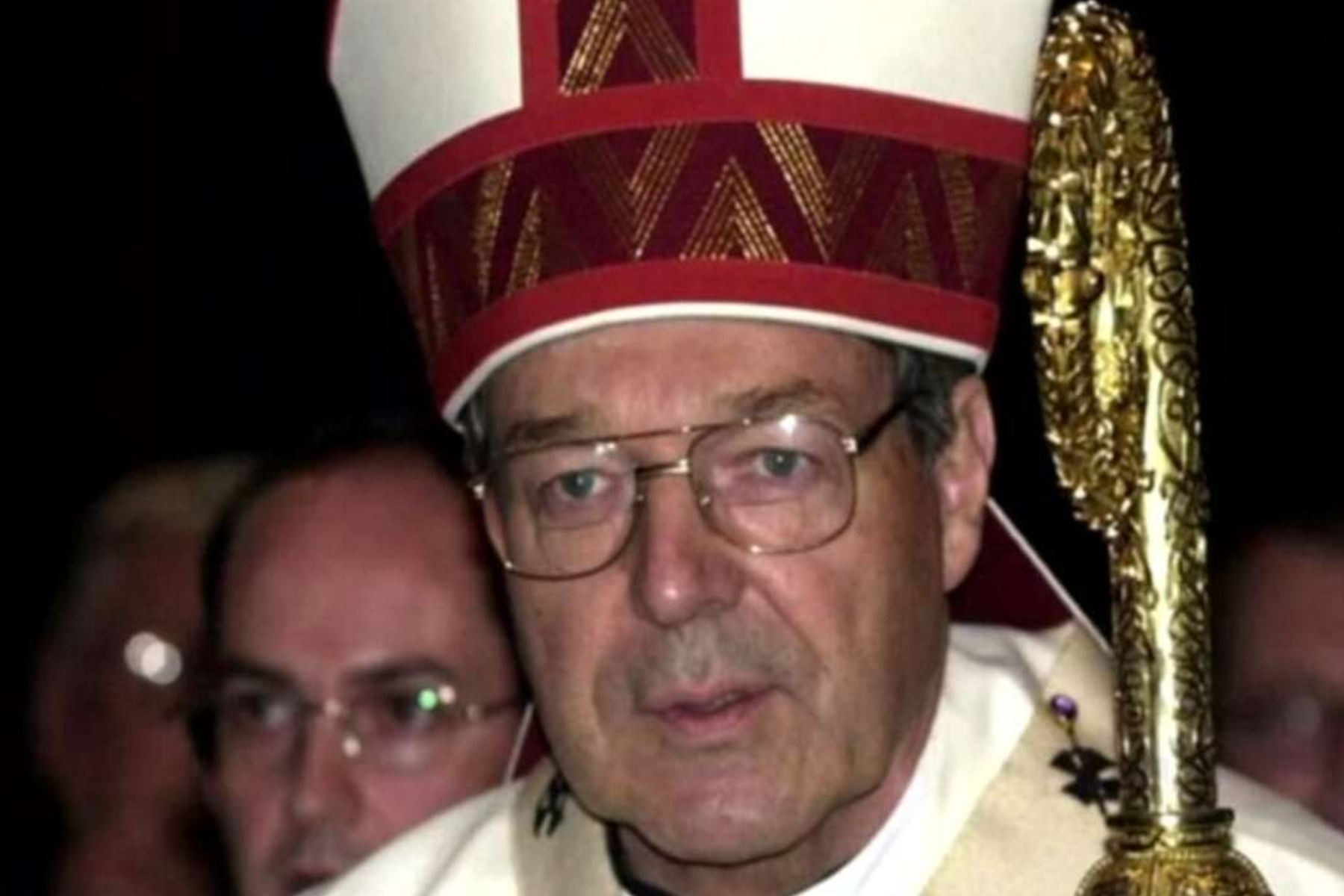 Cardinal George Pell in his youth

He went back to Australia in 1971 and worked as a priest in small towns in Victoria and New South Wales for the next 20 years.

In 1996, Pope John Paul II made him the archbishop of Melbourne. There, he set up the Melbourne Response, which was one of the first programs in the Catholic Church to deal with claims of sexual abuse. Critics say that it was made to avoid scandal and that it could have helped victims more.

Pell became archbishop of Sydney in 2001 and a cardinal in 2003, both under John Paul II. As a member of the College of Cardinals, he was one of the senior church leaders who chose the late Pope Benedict in 2005 and Pope Francis in 2013.

In 2014, Pell moved to Rome because Pope Francis chose him to be the Vatican's treasurer and one of nine advisors on the Pope's Council of Cardinals.

Pell also made it clear that he was against same-sex marriage, abortion, and birth control.

In 2015, at the Fota VIII International Liturgy Conference in Cork, Ireland, Pell said that when same-sex marriage laws were passed, the West was giving up many of its Christian legal foundations.

During Pell's time in Rome, Australia's Royal Commission into Institutional Responses to Child Sexual Abuse asked him to talk about what he knew about Catholic Church sex abuse cases in Australia and what he did about them.

In findings that were not kept secret and were released in 2020, the commission said that Pell knew about sexual abuse in the church but did not tell the police.

The royal commission was announced in 2012 by Julia Gillard, who was Prime Minister at the time. Over the course of five years, it talked to almost 8,000 people who had been sexually abused as children and sent more than 2,500 cases to the police.

The report says that as early as 1973, Pell "was not only conscious of child sex abuse by clergy but that he also had considered measures of avoiding situations which might provoke gossip about it,"

In 2017, police in Victoria, Australia, said that Pell had been charged with multiple sexual assaults that happened in the past.

His first trial ended with a "hung jury," which means that the 12 people on the jury couldn't agree on a verdict. The church was shocked by the six-year prison sentence that began on March 13, 2019, after the second trial.

Cardinal George Pell and the officers at the public

The prosecution's case hinged on the testimony of one man who said that Pell sexually abused him and another choirboy after mass at St. Patrick's Cathedral in Melbourne on a Sunday when Pell was Archbishop. The boys were 13 years old at the time.

The second man didn't tell anyone about the attack, and he killed himself in 2014 before the claims came to light.

The only alleged witness said that Pell trapped them in the sacristy and made them do sex acts there. No one saw the supposed attack happen, and there was no physical proof. The alleged victim's testimony has never been made public, but the jury was so convinced by it that they all agreed the person was guilty.

He wrote a diary while he was in prison, and Cantagalli Publishing House later put it out in Italian. He said that he was locked up alone for his own safety and that sexual abuse in the church was "a kind of spiritual and moral cancer," according to Vatican News.

Pell filed an appeal, but Victoria's Court of Appeal did not change the decision. Then, his lawyers took the case to Australia's High Court, which ruled in 2020 that the appeal judges had made a mistake in how they judged the case.

The High Court said that the jury must have had some doubts about whether or not Pell was guilty. The court then decided that his conviction on five counts of sexual abuse of children in the past should be thrown out. The highest court in the country can't be questioned about its decisions.

Tuesday, the lawyers for the family of the late former choirboy said that even though Pell was dead, they would still go ahead with their civil claim against the Catholic Archdiocese of Melbourne and Pell's estate over the allegations.

The statement from Shine Lawyers said:

A civil trial likely would have provided the opportunity to cross-examine Pell, and truly test his defense against these allegations. There is still a great deal of evidence for this claim to rely on, and the court will be asked in due course to make its ruling on that evidence.

Albanese said that the Department of Foreign Affairs and Trade was helping to bring Pell's body back to Australia. His remains will be buried in the crypt of St. Mary's Cathedral in Sydney.