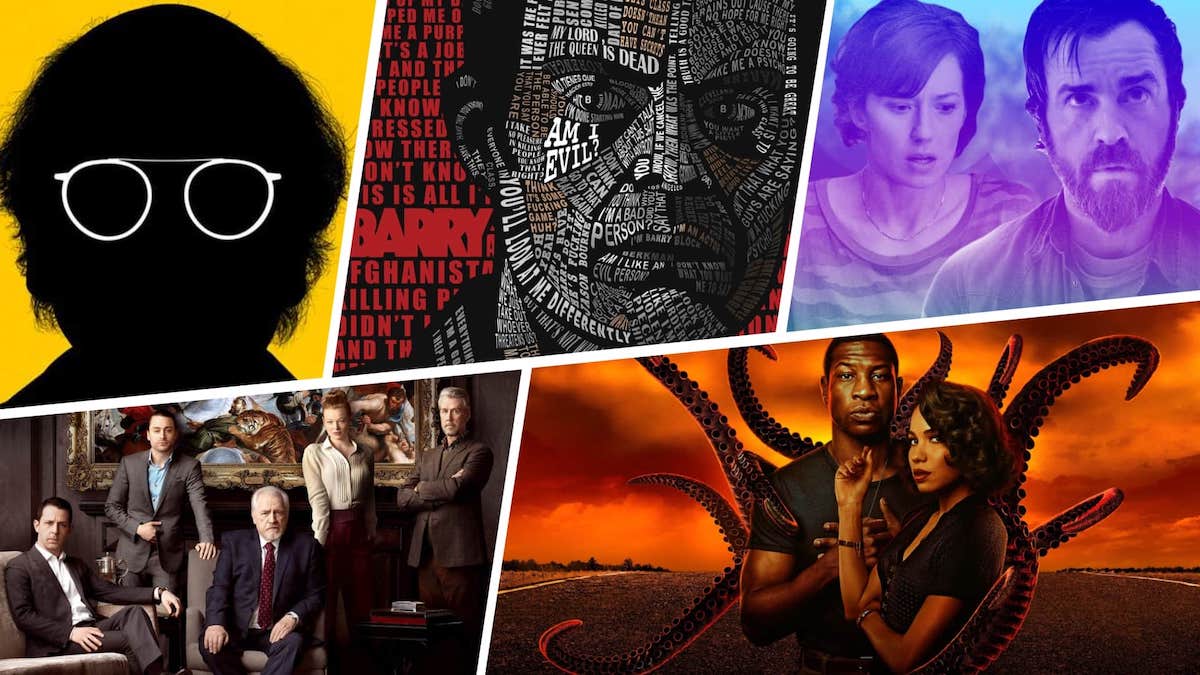 There are HBO Max original programs in addition to fantastic HBO Series 2021 and a mix of all Warner Media properties that provide an excellent TV roster on their own. It's not at all perplexing!

The list of HBO series 2021 is modest but increasing, and it's a mixed bag; we've picked the top 10 right now. With the exception of one or two docuseries, we've largely kept to English-language, written, live-action series.

Heaven’s Gate: The Cult Of Cults

Heaven's Gate: The Cult of Cults is a documentary miniseries about the religious cult Heaven's Gate and its leader Marshall Applewhite, set in the United States. It will air on HBO Max on December 3, 2020, and will consist of four episodes.

Ravi Patel's Pursuit of Happiness is a CNN docu-series hosted by Patel, who is most known for his performances in shows like Master of None and co-directing the film Meet The Patels with his sister Geeta. In the series, he brings individuals close to him, such as his parents, wife, and friends, to various locations across the world in order to figure out how he might bring what the people in those locations do to be happy back to Los Angeles and his own family's life.

Jessie, a millennial living in an unaffordable apartment in East London, was the focus of the first season of Starstruck. To make ends meet, Jessie works two jobs and strikes gold when she has an unintentional (?) one-night fling with a megastar. This fate-filled narrative of fortuitous run-ins, effortlessly curling hair, and a funny lead performance by Matafeo will delight rom-com fans. The show came in first place on our selection of the best TV series of June this year, so it's a must-see.

Raised By Wolves Was Created For The Year 2020, and it's a perplexing, surprising, slightly unsettling, and absolutely bizarre science fiction drama about a world-ending conflict between faith and science. Ridley Scott, white goopy androids, Ragnar Lothbrok, and an angry Mother robot are among the cast members.

The series follows alcoholic flight attendant Cassie Bowen (Cuoco), who is at the centre of an espionage plan after an affair with a first-class customer who was brutally killed. It was based on Chris Bohjalian's 2018 novel of the same name. Cassie awoke drunk after a Bangkok stopover next to a dead guy with no recall of what had transpired the night before in the first episode.

It's a Sin is the culmination of a story Russell T. Davies has wanted to tell for more than two decades, but which he had to tell in reverse order after his other shows, including the original Queer as Folk and Cucumber, helped pave the way for the drama about the onset of HIV/AIDS in London, for a variety of reasons.

"The Other Two" premiered on Comedy Central in January 2019 and was immediately renewed for a second season. HBO Max acquired "The Other Two" in August 2020, as the Viacom-owned channel shifted its programming focus to adult animation, and the second season premiered last month. As the season continued, positive reaction was received on social media, and the season finale was released on Thursday.

Jean Smart has been in three of HBO's greatest and most talked-about programs in recent years: the comic book Adaptation Watchmen, the crime thriller Mare of Easttown, and, most recently, the comedy Hacks, which is available exclusively on HBO Max. The series follows the formation of a dark mentorship between Deborah Vance, a famed Las Vegas comic, and an entitled, misfit 25-year-old. Deborah Vance, a famed Las Vegas stand-up comedian, must retain relevance since the casino where she plays wishes to reduce her performance dates. Ava is a young comedy writer who is out of work as a result of getting fired for an inappropriate tweet. The two unwillingly collaborate to update Deborah's content and teach each other to respect one another's differences.

This is the list of the most entertaining HBO shows 2021. HBO gave us another laugh and roller-coaster of emotions this 2021. From their comedy, fantasy, thriller, and action-packed shows, there is no wonder that we are head over heels for HBO. we can not definitely wait for more feels that HBO will make us feel this year.