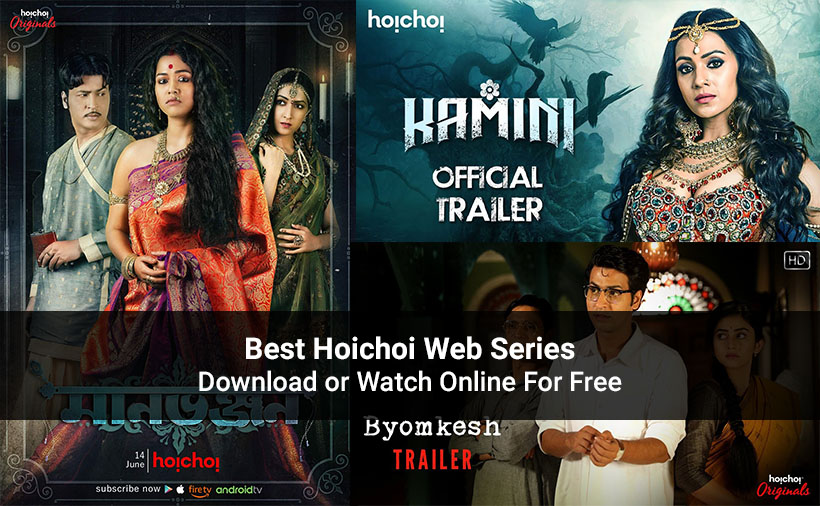 If you are a web series geek, you have likely heard about Hoichoi. This OTT platform has gained rapid popularity, especially because of the wide range of shows that they bring along. Known for its premium quality web series, it is likely one of the most popular web series platforms among the millennials.

But, with so many shows already available on this platform, the last thing that you want is to be stuck watching something that you probably don’t even like. Don’t worry though; we do have a few amazing Bengali web series like Charitraheen on the Hoichoi that we have sorted out for you to watch. 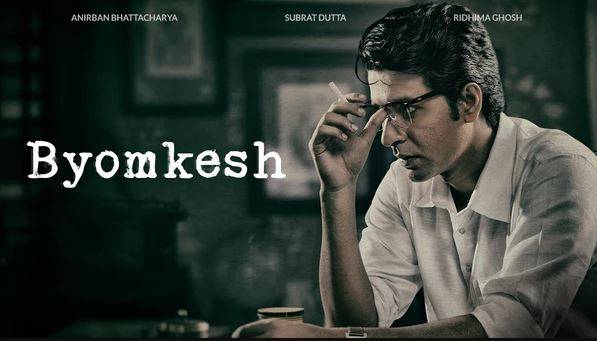 The first one on the Hoichoi web series list is Byomkesh. If you are into the whole detective and suspense thing from some popular Bengali novels, Byomkesh is one you can’t miss out on. The storyline of this web series is set around in Calcutta during the 1930s. Each of the episodes you see draws inspiration from the original novel and has its production added to it. The acting from these cast and crew members will blow your head off. 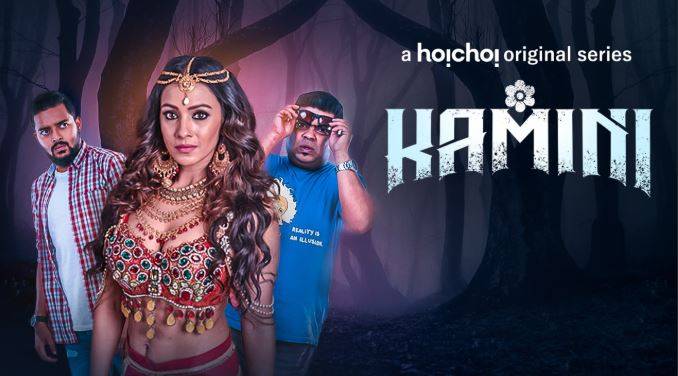 The second on the Hoichoi web series list is Kamini. The story takes you through the journey that Samya and Arnab set on to reach Kamini’s village to unveil her secret and the truth behind her existence. The duo runs a detective agency and is hell-bent on finding the truth associated. They take help from a local girl named Bijli and find out about the dark past of Kamini while trying to unveil the truth. Samya’s girlfriend also arrives in the village to further lend them a helping hand. The series is scary but you will find yourself laughing at times too. 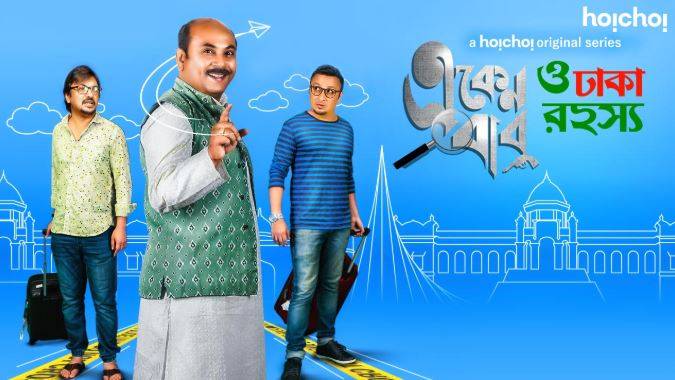 The Third on the Hoichoi web series list is the story of Eken Babu is quite simple, clear and straightforward. With so many already existing detective web series online, finding something a bit different can be catchy. Eken Babu is not your hunky and stereotypical detective. He does have a very different approach to every case he is faced with.

The series is based out of Bangalore city which is where Eken Babu is settled. Even though he is a bald guy with short stature, Eken Babu is extremely sharp with his skills. While he is settling down in a new place, he starts looking for newer mysteries to solve. 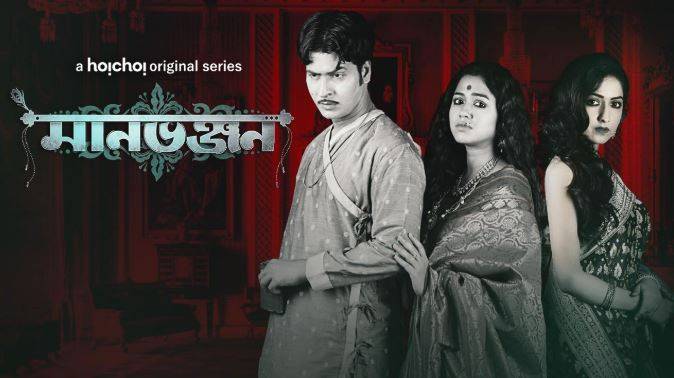 Manbhanjan is an adaptation of the famous novel by Rabindranath Tagore. This is considered one of his most popular novels that you will possibly cross paths with. The story of this series revolves around Giribala who is married to Gopinath and leads an extremely lonely life at her in-law’s house.

Gopinath, on the other hand, is into theatre and finds himself getting attracted to a girl he meets at his theatre shows, Labanga. They fall in love and Gopinath leaves Giribala to be with Labanga. Heartbroken and betrayed, Giribala takes this a lesson and empowers herself through the process. She decides to come out stronger in the end. 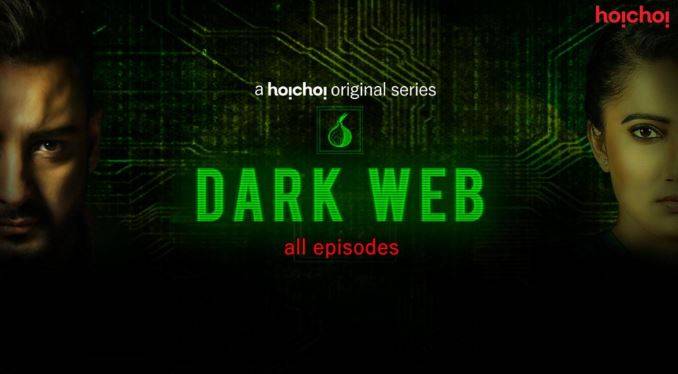 The story revolves around the life of Indra who hacks into an untrusted portal to download free video games. While he does start it off with a simple video game, things soon take a turn for the worse and he finds himself in the deeper pits of cybercrimes that he didn’t even think of. This web series shows you the dark reality behind the internet and how messy things can get if you get derailed from the actual path. It’s one of the best series on this Hoichoi web series list.

You May Like: Asur – Know Your Dark Side: Web Series on Indian Mythology 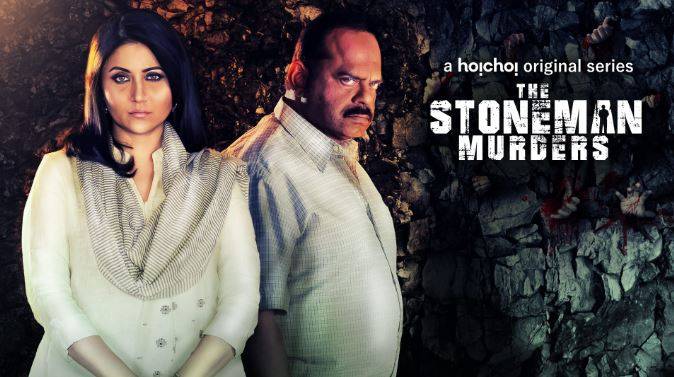 The Stoneman Murders is a web series based on true events that happened between the years of 1985 to 1989 where there were repeated serial killings of the dwellers of Kolkata and Mumbai using stones. Sneha, an aspiring writer, stumbles across the diary of the Stoneman which makes her look further into it to unfold the details and find out whether the serial killer is back or not.

Recommended for you: Best Hindi Web Series to Watch in Lockdown 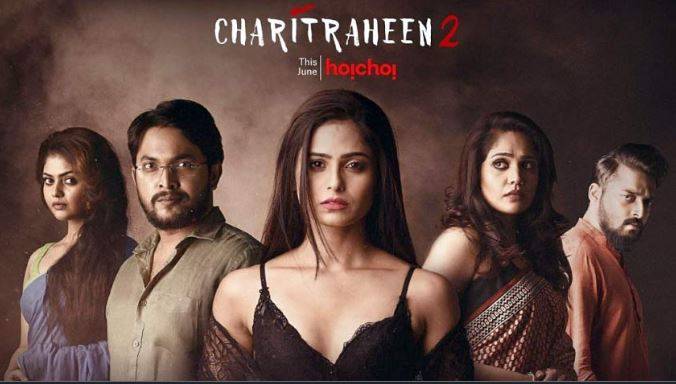 Drawing inspiration from a popular novel of Sarat Chandra Chattopadhyay, Charitraheen is one of the most popular Bengali web series on Hoichoi. The story revolves around four friends – Sabitri, Kiranmayi, Surbala and Sarojini and talks about the prospects of lust, immorality, infidelity, and desires. While it becomes hard to come out clean from a situation, one is left behind with the tag of Charitraheen. 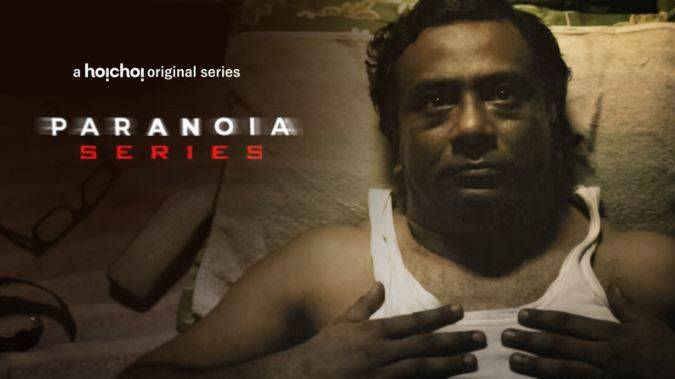 Finding a good thriller web series can be tough but not impossible and Paranoia is a living example. The show compiles in several available short format thrillers narrating stories of individuals with psychological disorders. Every story in the episodes have a different tale, so none of them are interconnected. The only similarity between them all lies in the central theme of Paranoia. 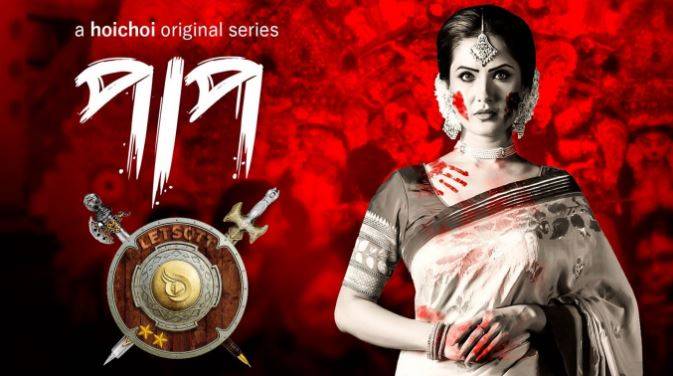 Paap is an amazing Bengali thriller and suspense web series available on Hoichoi. The story starts with a family get together during the Durga Puja but the mood and festivities are spoiled when they witness a dead body around the lake beside. The situations start to become eerie when two more people are murdered and are left with a crushed piece of paper inside their mouth with a weird message written inside. 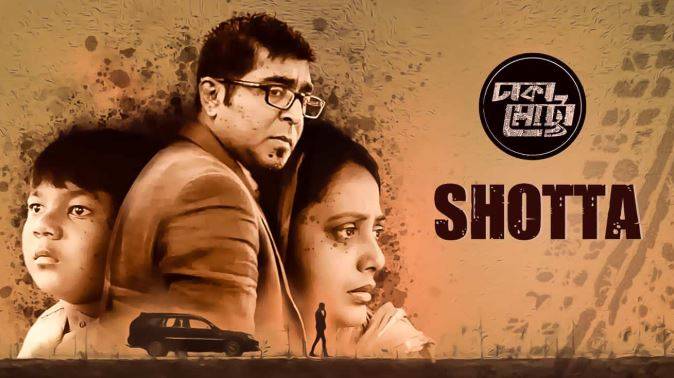 Dhaka Metro is a series that narrates the story of Kuddus who drives off from Dhaka but is constantly met with strange events and strangers along the way. He also starts meeting new people along the way. On one of his road trips, he meets a character named Rahman along with a runaway woman. The story is quite simple and clean, something that you will feel soothed while watching. 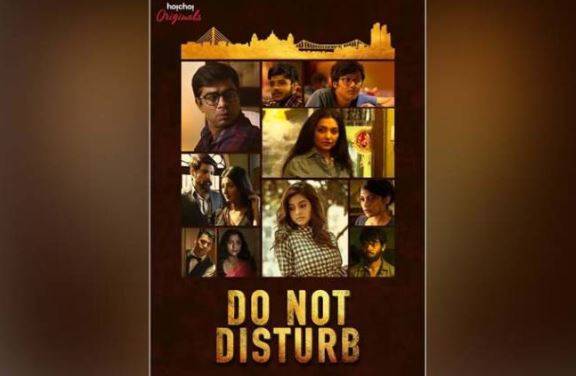 Do Not Disturb Web Series

For the individuals looking for some much-needed privacy in their lives, Do Not Disturb is the perfect fit for you. It narrates six different shades of life including love, hate, betrayal, death, life, and survival. Every episode leaves you awestruck and blown away. If you do want something to enjoy and learn from, this web series is an absolute must. 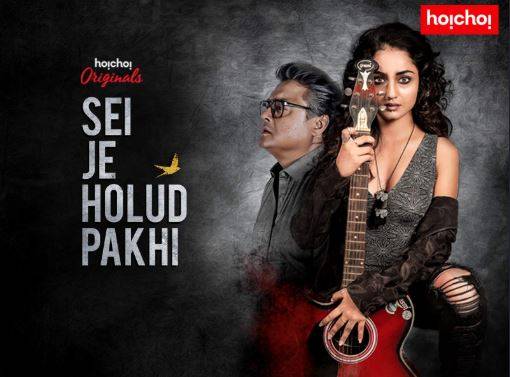 Shei Je Holud Pakhi is the very first Bengali musical thriller that is available for you to stream online on Hoichoi. The show narrates the story of Sam, who lost his daughter Mitil 5 years ago. To connect to his daughter, Sam follows a sensational pop singer that later leads to a series of mysterious events.

Downloading the web series to watch offline on Hoichoi is an option on the premium members have.

For this, you need to follow through the following steps.

Step 2) Once you find it, you need to install it and then open it on your phone

Step 4) If you want to download the series for watching offline, you need to have the subscription on this platform.

Step 5) After activating your subscription, you can check out the series that you want to watch and then download the same to watch offline.

CAUTION: It’s reported by various media houses that websites like Madras Rockers, Isaimini has leaked Hoichoi originals to stream or download offline on the users’ devices. However, we would like to share that accessing such piracy sites is an illegal activity and may damage you for breaking the law.

FAQs On Hoichoi Web Series Download Or Watch: The Availability

To be honest, with the rise in piracy, several free websites and platforms update the content from these legit streaming websites onto the free ones. This is illegal and something that we wouldn’t recommend you do. It is better to get the subscription for a glitch-free experience.

2. Where Can I Watch The Hoichoi Web Series?

Unlike several other websites, Hoichoi doesn’t have any other collaborative platforms that can help you watch the series. It is all available on this platform only which you can access after getting the subscription sorted.

3. Web Series On The Hoichoi Platform Are Worth Watching?

Yes, web series content on the Hoichoi platform is worth watching. In this article, we have enlisted over 12 web series that one must watch.

The information shared here does not support piracy. We advised completely against it, so ensure that you do not support pirated content because that is not our intent at all. If you are watching something on Hoichoi, we would suggest sticking to it and not getting diverted from the same.