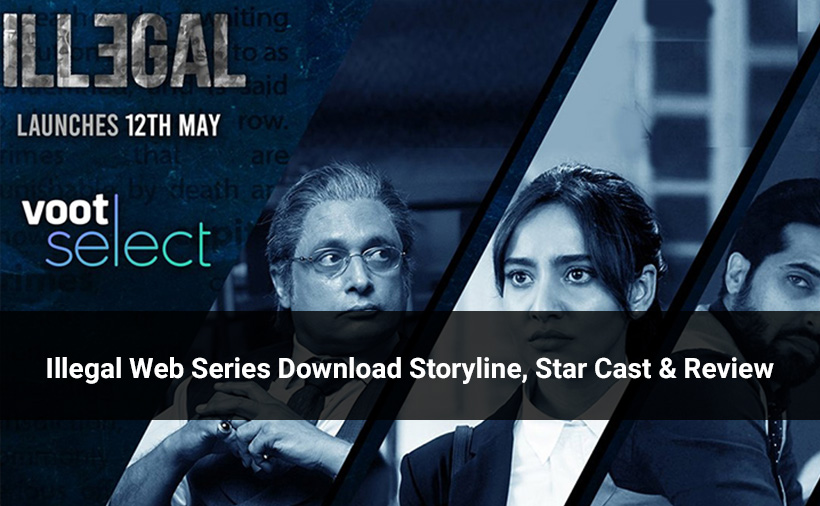 Voot Select is a new OTT platform that is currently gaining a lot of popularity among the youth because of its latest thrilling & excellent web series like Asur: Know Your Dark Side, The Raikars Case, and now the latest Crime Thriller Illegal web series. Unlike other typical courtroom drama series, Voot Select’s original Illegal web series majorly focus on the dark side of Justice and Law, and how lawyers manipulate the truth to make the illegal legal. With some big faces like Piyush Mishra and Neha Sharma, the series is currently streaming on Voot Select with ten episodes.

The series is receiving a lot of positive as well as negative critics, and today, we are going to review it in detail so you can make up your mind before watching it. We will also be sharing Illegal web series download and streaming availability. 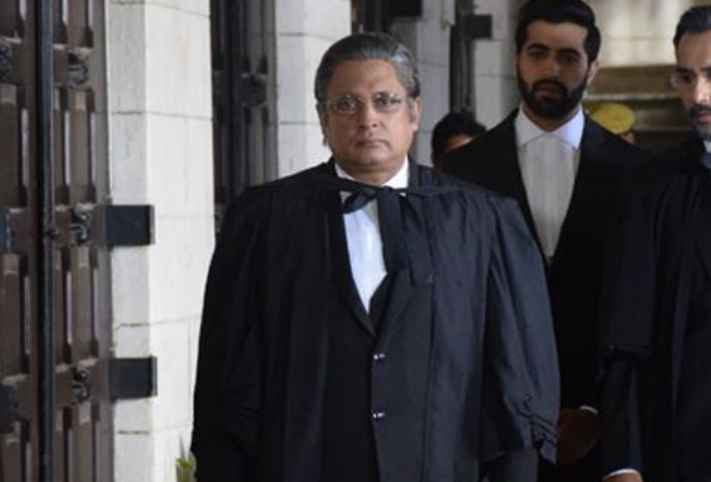 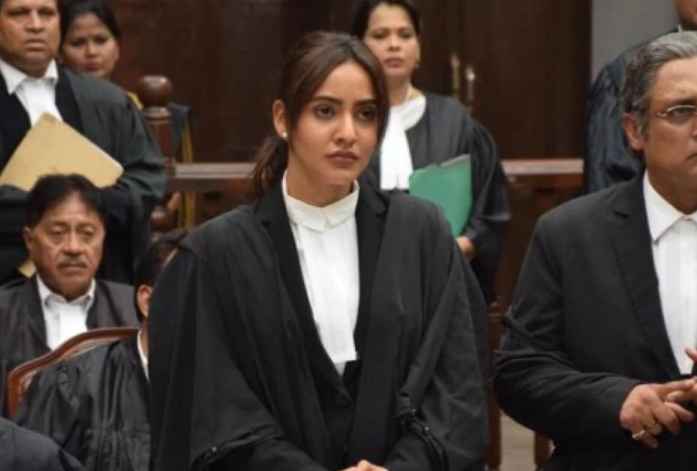 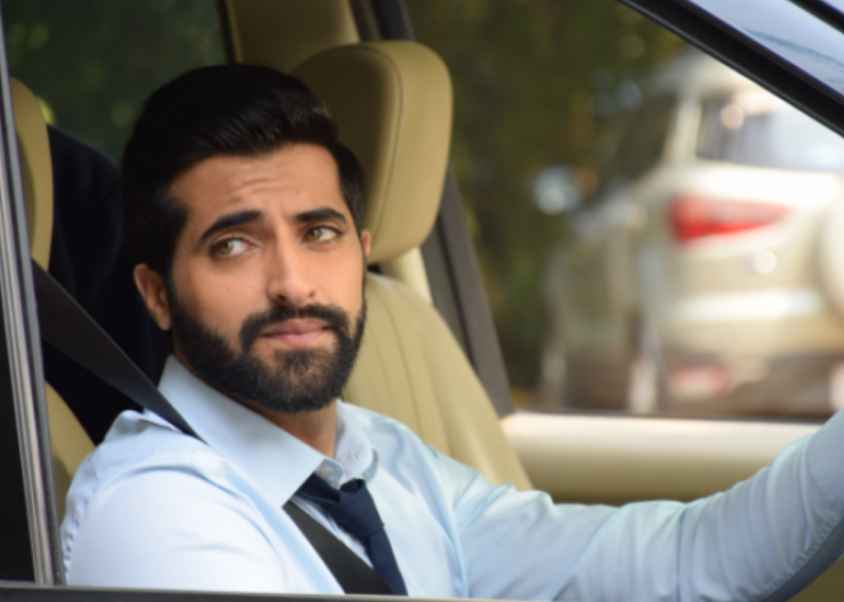 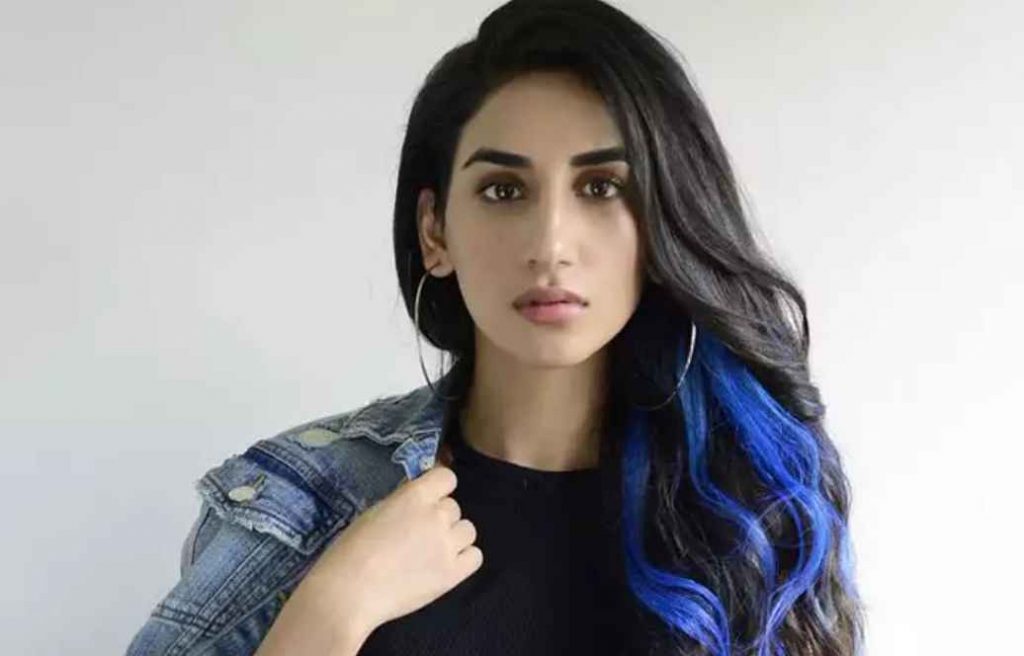 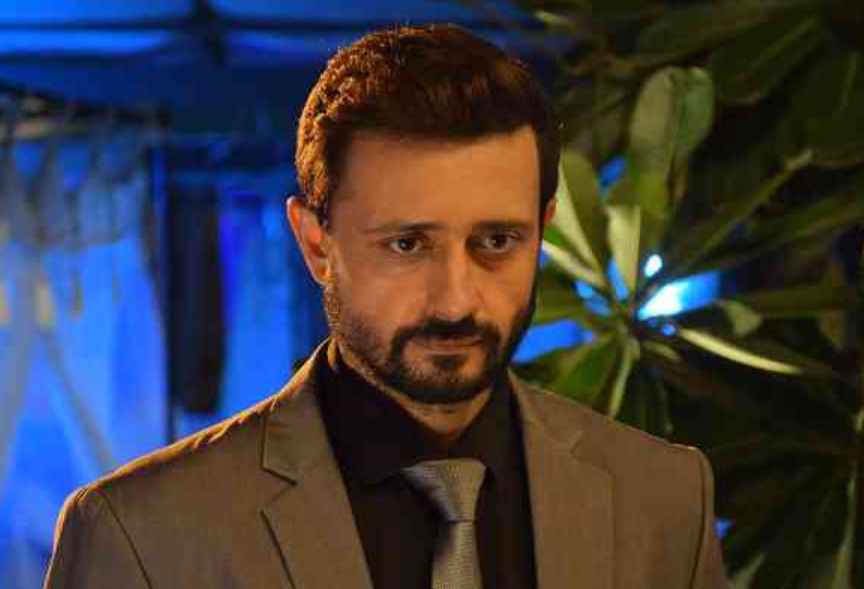 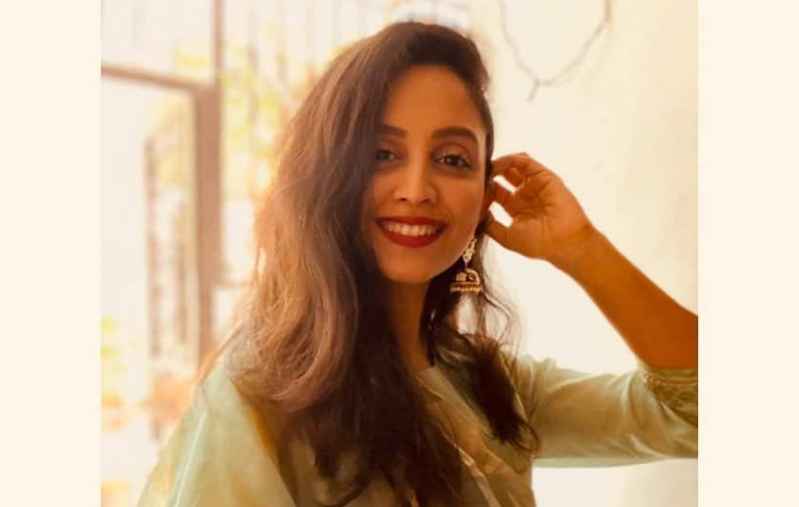 The story revolves around Niharika- a young aspiring lawyer who is known as a Mad Lawyer in the media after she revealed the ugly side of one of the biggest lawyers in Bangalore who tried to rape her friend. She is an honest lawyer who feels for the rights of women and thinks truth must prevail. Having a disturbing childhood because of her father’s second marriage and failed love life, she gets an offer from one of the reputed lawyer Janardhan Jaitley to join his firm. 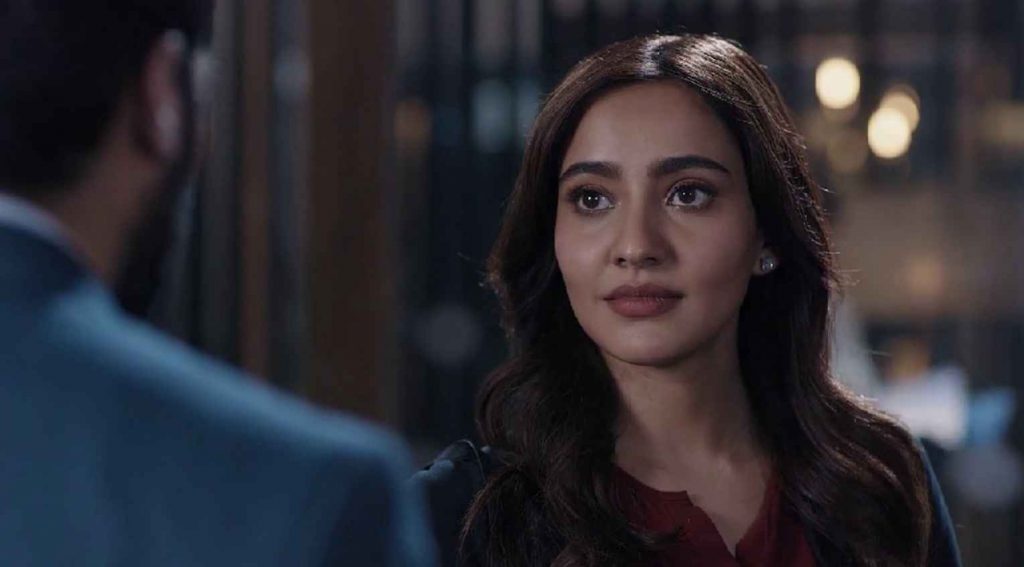 Unaware of his true intentions (which later reveals), she excitedly comes to Delhi to restart her life, but this is from where her real struggles & problems begin. While Niharika believes in JusticeJustice and truth, Janardhan is a manipulative lawyer who just wants to win either by hook or by crook. For him, truth is only that which benefits him in terms of fame & power, and he can go up to any extent to win a case, whether it be framing someone or killing someone.

Unaware of Janardhan’s dark side, Niharika gets her first case of Meher Salam- a prisoner who killed her entire family and punished with Capital Punishment. Despite getting Capital Punishment, Meher doesn’t execute as there is no female executioner for it & forced to live a tortured life in Jail, pleading for the death. JJ, who is aginst Capital Punishment, gives this case to Niharika but for his own benefit (as he wants to challenge Politicians to enter into the politics).

Excited Niharika when meets Meher, she learns how miserable her life is, and she wants to end this torture by requesting death for her. In the office, she encounters Akshay, her ex, and the son of JJ. As her past memories flashed in front of her, she learns that her stepbrother Neeraj is accused of rape charge of a bartender Vartika, and even when she doesn’t want to take this case, JJ manipulates her to take the case & defend Neeraj.

Puneet Tandon, who is seeking revenge from JJ, takes the case from Vartika’s side & Niharika, being manipulative by JJ, thinks that Neeraj is innocent and starts defending him. While Niharika emotionally attached to Meher’s case and wants JusticeJustice for her, For JJ, this case was just a way to enter into the Politics. She and Akshay again come closer and intimate (about which Deepika eventually learns). Niharika later learns the harsh realities of JJ (how he was using her for his purpose), and Neeraj is actually guilty for the rape case. She decides to join Puneet to get JusticeJustice for Meher & Vartika. She proves Neeraj guilty and appeals for justice for Meher against JJ in the court.

Meanwhile, JJ learns her relation with Surya and manipulates Surya against her. Angry Surya thinks Niharika punished Neeraj to take revenge from him and ask goons to Kidnap her. In the final face-off in court against JJ for Meher’s case, her appeal got rejected as Meher died in the Jail. While everyone, including Niharika, thinks it was a suicide, it is revealed in the end that it was a murder, and JJ might do this for his own benefit.

Deepika leaves Akshay after learning about him and Niharika’s relationship, while Akshay is upset with Niharika for going against his father and the firm. Puneet asks her to solve the murder mystery of Meher and reveal JJ’s truth in the court for which Niharika agrees, but she is unaware of the threat her dad is planning against her.

Will Niharika be able to win the battle against JJ and prove him guilty in the court for Meher’s murder? Will Surya shut her voice forever? What will be the future of Akshay & Niharika together? Will Puneet be able to save Niharika? With all these questions, the Illegal web series on Voot will leave you to wait for its sequel, which might release soon.

Sahir Raza came up with a brilliant concept, and the series started with suspense and thrill. Each episode is designed in a way that you will feel like watching more and more. Each episode will interest you and increase your curiosity. But then after some episodes, you will feel like stories of all the cases and characters are getting dull. While each story should get proper screen time, Sahir Raza mixed them all in weak writing, and thus each story lost its charm in the later episodes. 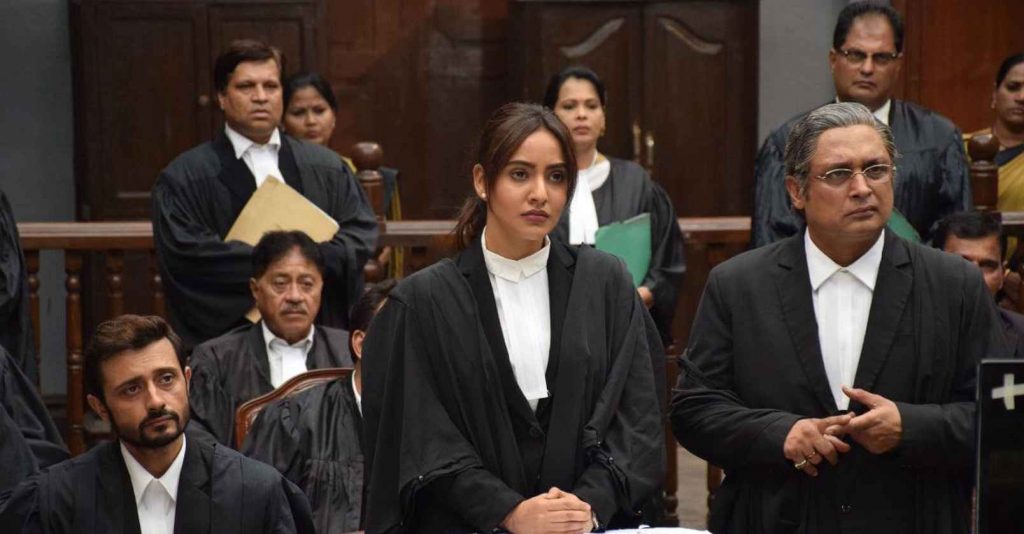 If we talk about the performance of each character, everyone did a brilliant job, whether it is about a heart-breaking role by Kubbra Sait or depicting the character of a cunning personality by Piyush Mishra.Piyush Mishra, who is known for his acting and poems, will make you fall in love with his character (even if it is a bad one) in the series. He brilliantly depicts how the senior and reputed lawyers manipulate the law for their benefits. In contrast, Neha Sharma excellently played the role of an honest and courageous lawyer, which the system needs.

Deepak Tijori and Satyadeep Mishra will amuse you from their acting skills. Voice over by Neha Sharma makes the series more interesting to watch. Overall the series is good, but if Sahir had focussed more on a single story rather than multiple cases in a single season, it would be an excellent one. Never mind, we hope that Director will consider all these things in its sequel to make it more thrilling and exciting. Moreover, it is a good web series with great characters, and you must binge-watch it during this COVID lockdown.

You May Like: Best Hotstar Web Series to Watch in May 2020

Step 2) Install and open the app.

Step 3) Go to the account section, tap on ‘Get a free trial’, and fill details to register your account.

Step 4) Now you can see the latest featured series on the homepage itself. You can see the Illegal web series over there, if you can’t find, simply make use of the search function.

Step 5) All the episodes are available in HD quality to watch, and you can also download them in the app to watch later or offline.

Hopefully, these steps will help you download Illegal web series of Voot.

1. Is Illegal Web Series On Voot Worth Watching?

Yes, it is worth watching. The series revolves around how lawyers can change everything. Read this article to know the complete storyline and spoiler-free plot details.

2. Where Can I Watch Illegal Web Series Online?

Since Illegal is a Voot Select’s original web series, it’s only available to stream on the Voot app officially. We have shared how to watch or download Illegal web series for free in this article. Do check it out.

Not really! we have shared step by step guide on downloading Illegal webs series of Voot Select. Follow it to watch or download.

4. What Is The Cast Of Illegal Voot Web Series?

You May Also Like: Best Ullu Web Series for May 2020

Voot is getting Thriller series back to back and they did a splendid job. Be it the storyline, star cast, or shoot locations! In this article, we have provided the Illegal web series download and streaming availability. We have also shared episodes index and complete review with the storyline. Feel free to read without spoilers. Don’t forget to share your views in the comment section below.