Index of A Suitable Boy Season 1 (With Cast, Season Recap & All Episodes List) 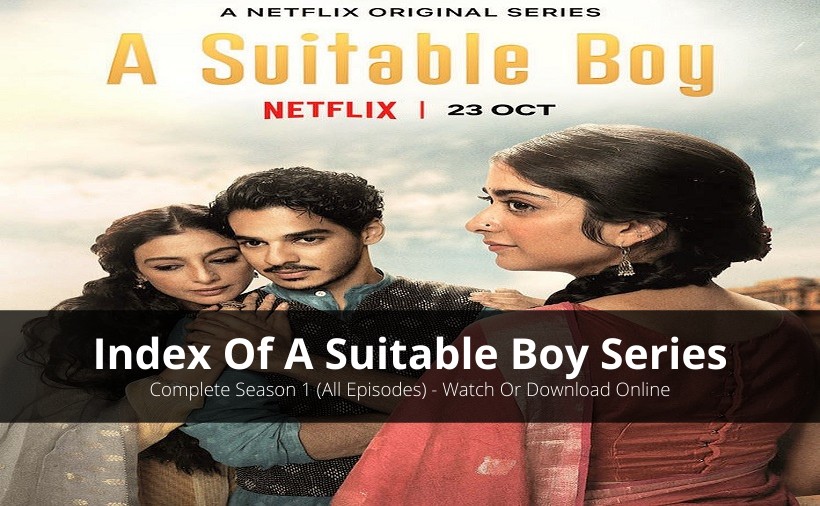 It is right to say BBC’s one of the expensive series ‘A Suitable Boy’ is more of an art than just another web series. Directed by Mira Nair, A Suitable Boy series was based on Vikram Seth’s 1993 best-selling novel of the same name. Mira Nair has given life to Vikram Seth’s novel characters by casting some of the perfect people. She has shown the immediate changes that a free nation struggles to adapt. we can say that this is the best BBC series to watch online in 2020.

The exploration of human relationships and the idea of marriage is done convincingly than a mere screen portrayal. The themes of politics, religious dominance, caste, and marriage form the underlying concepts of A Suitable Boy. The three biggest highlights of this Best tv drama show are its cinematography, costume designing, and casting.

It will take you back to olden India’s vintage era post-independence that is as beautiful by its look and culture but as judgmental with its hatred for different religions. Declan Quinn’s cinematography is sheer brilliance and a big plus to keep watching the series.

The colour tones and vintage sets are a visual delight. But, the series doesn’t just stop being a visual delight, it has its moments. Even with a screenplay of a slow pace, Mira Nair never failed to grasp the attention of the viewers. Just like wine, the characters get better and better as time passes.

The costume designing by Arjun Bhasin will surely promote the beauty of Indian culture and dressing style to the western audience. The music has been composed by Alex Heffes, Anoushka Shankar, and Namit Das. The scenes where Tabu sings will surely mesmerize anyone.

With post-independence India as the backdrop, the suitable boy story moves to see how people struggle with their democratic rights and balance religious harmony while also showing what is happening within 4 different families who have values as their pride.

The unconventional characters of Tanya, Ishaan, and Tabu are a perfect adaptation from Vikram Seth’s novel. Though most of the film adaptations of novels are a mismatch, this one surely succeeds with more positive things than shortcomings.

Several Seasons / Episodes: As this is a mini-series, it concluded with one season, containing a total of 6 episodes, each of almost an hour. 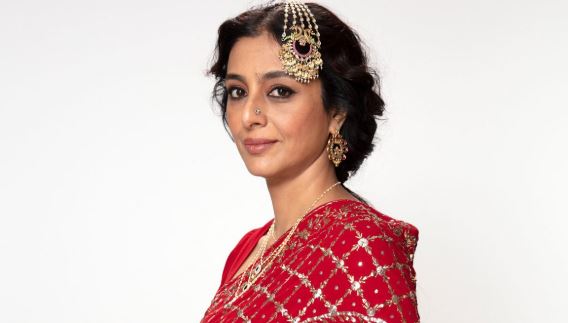 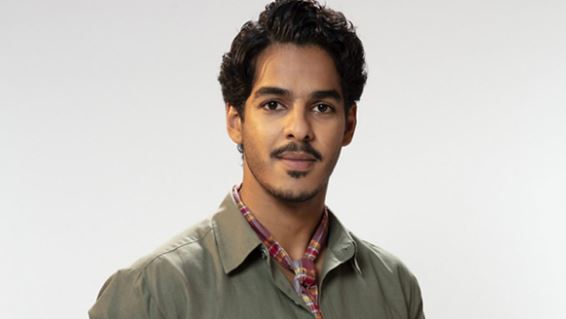 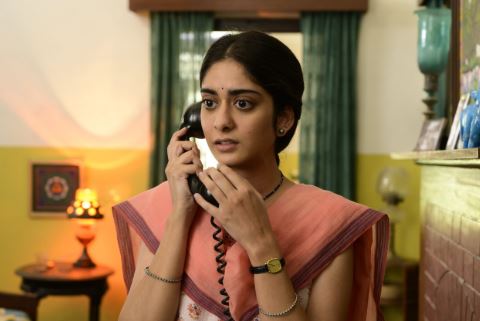 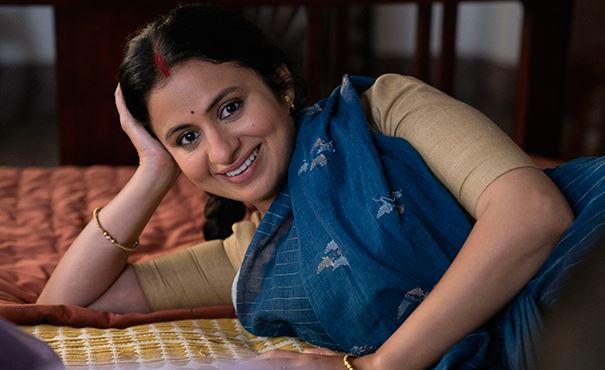 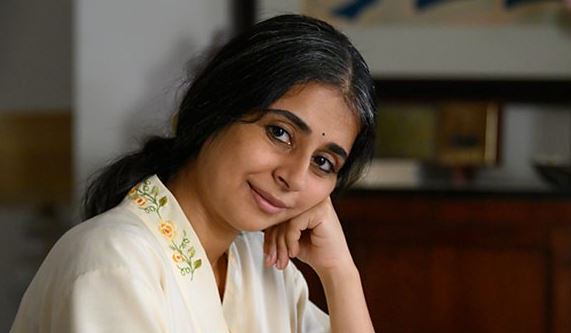 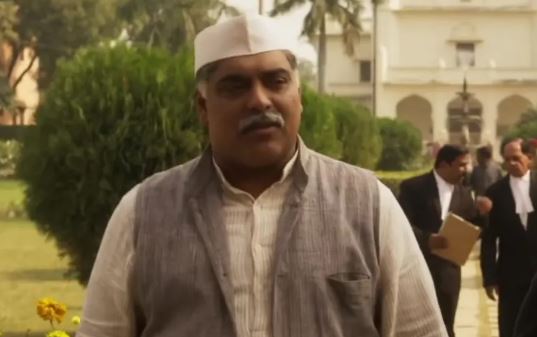 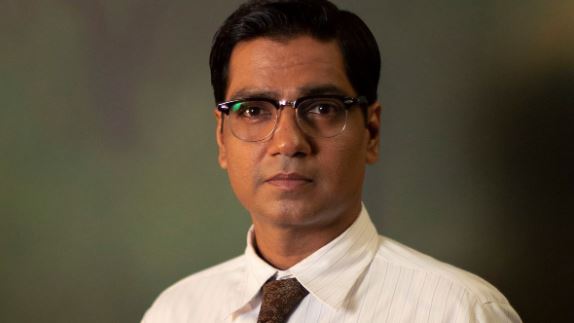 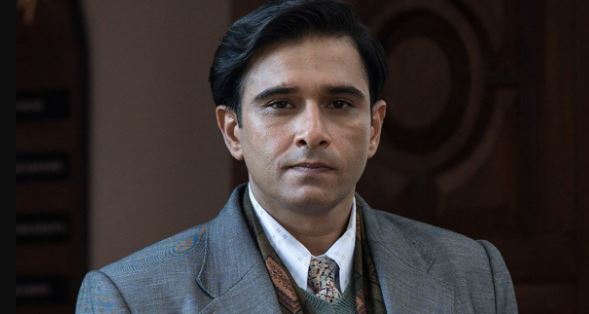 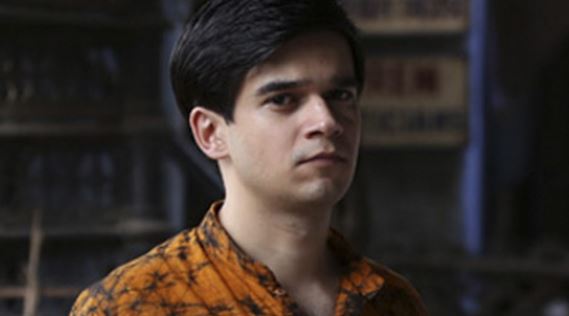 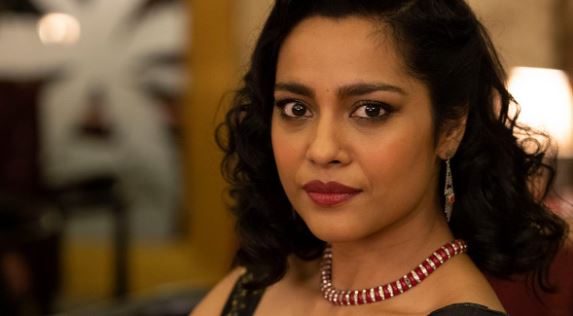 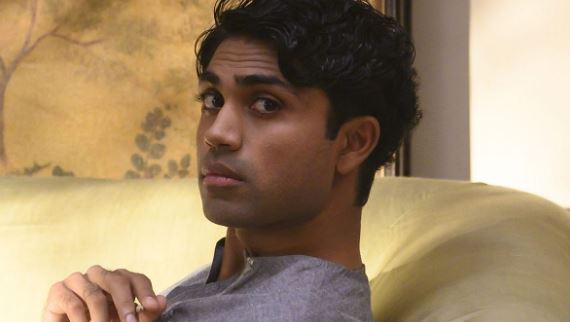 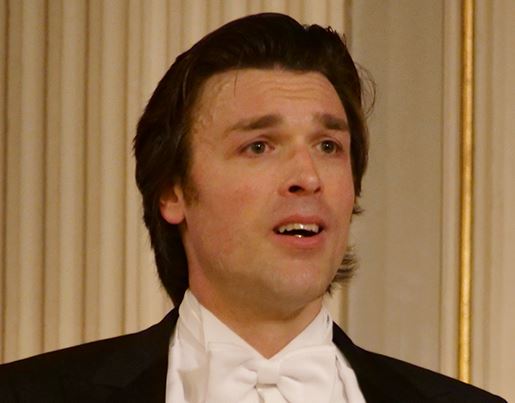 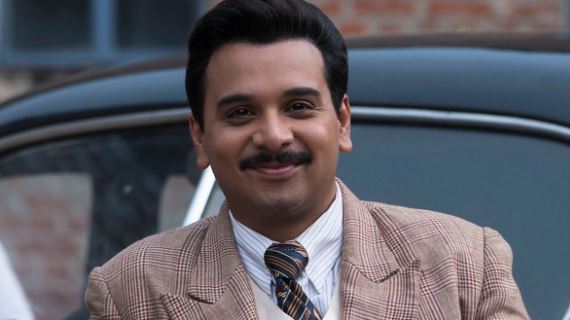 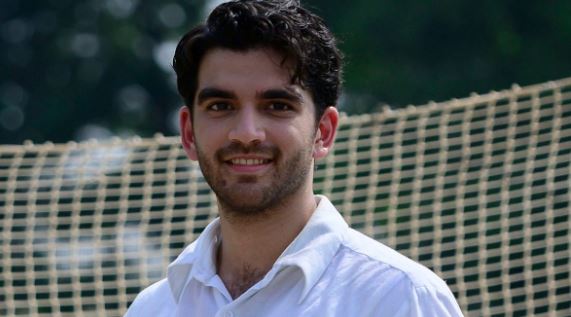 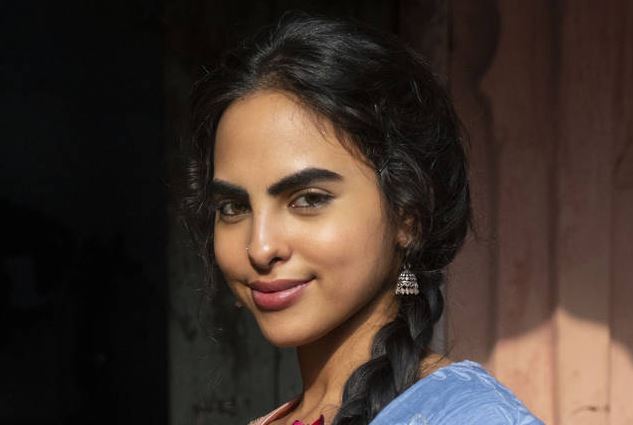 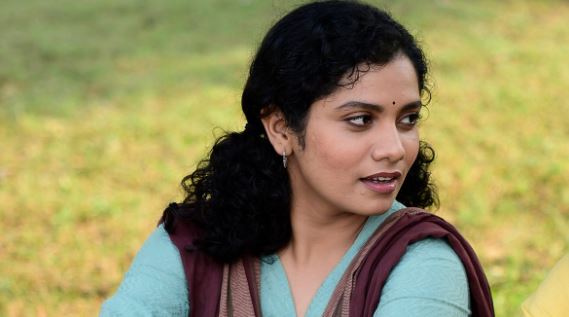 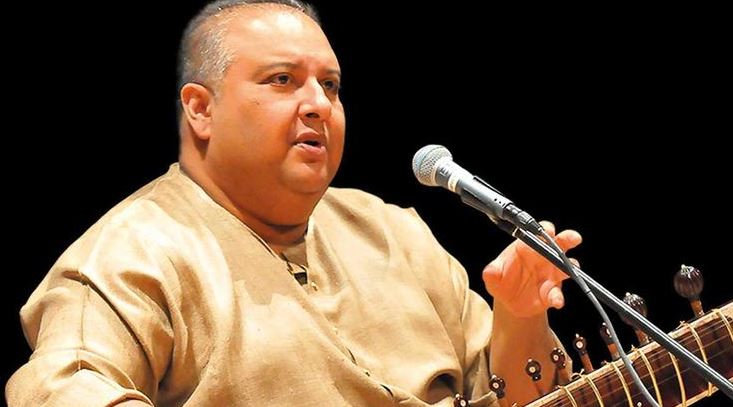 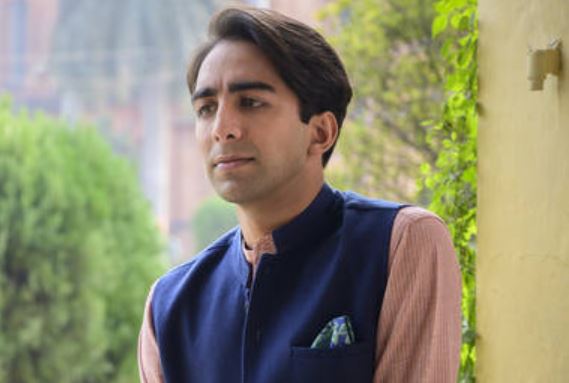 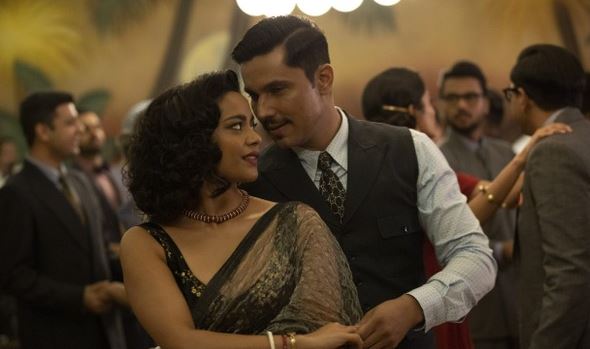 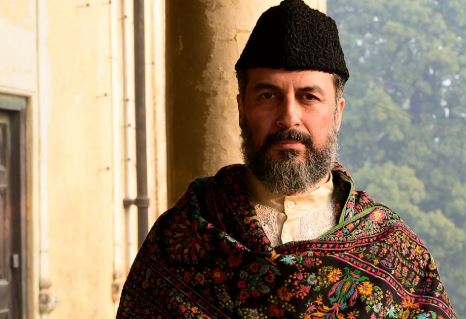 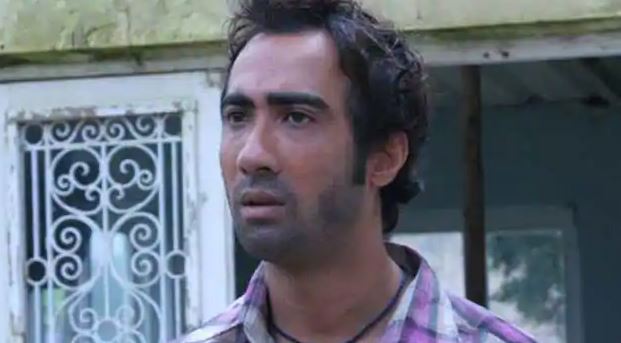 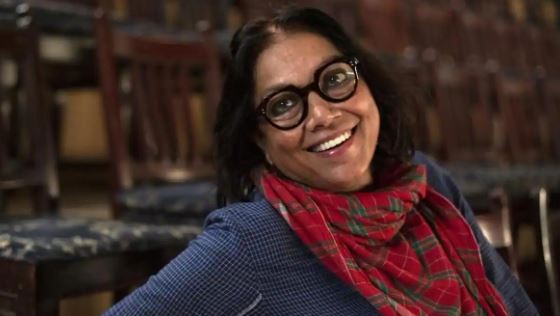 Tanya Maniktala as Lata Mehra is extremely beautiful and beyond words to explain. She plays the role of a college girl, who doesn’t just have ‘getting married’ as her ultimate aim. She is as bold and independent as she is beautiful.

Ishaan Khatter as Maan Kapoor plays the role of an unconventional jovial youngster who falls for a Muslim courtesan woman who differs from him in age and religion. He would do anything for her.

Tabu plays the role of a Muslim courtesan, who has been put into the profession of pleasuring men from when she was 15 years old. Her decision to not put through her younger sister in the same profession as she shows her writ and determination. She is an elegant and beautiful woman that Maan fell for. 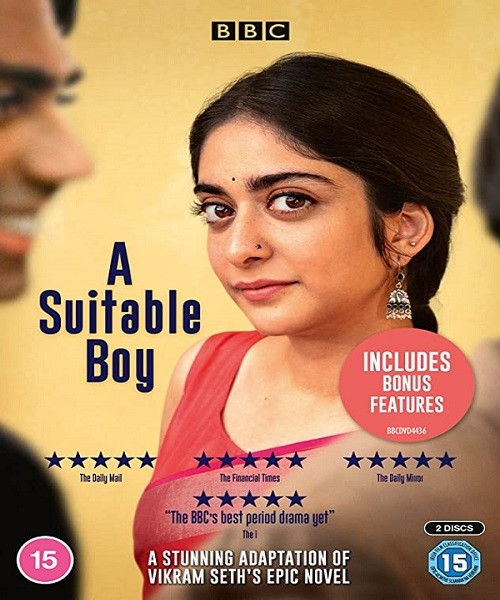 Index Of A Suitable Boy All Episodes

To put the story in brief, A Suitable Boy is a story of the families with last names Kapoors, Mehras, Chatterjee’s, and Khans. The idea of marriage forms an important theme of the story.

The female protagonist of the story is Lata Mehra, whose mother Mahira Kakkar is in search of a suitable boy for her to get married to. Set in post-independence India, the families in the story believe caste, religion and the idea of marriage as their ‘never let go’ values.

In Calcutta, there is her opinionated brother and his western-influenced wife. Shahana Goswami has played the role of Lata’s sister-in-law, who has an affair with Randeep Hooda. In Calcutta, she meets her sister-in-law’s handsome brother Amit Chatterji, who is also a popular poet.

Both share a bond, but are immediately parted by Lata’s mother, who introduces her to Haresh, a Hindu man, who her mother thinks is a suitable boy for her to marry keeping in mind the caste. He works in a shoe company and he is everything that an ideal hardworking man is.

Our story’s male protagonist Maan Kapoor falls for a Muslim courtesan Saeeda Bai, who is much older than him and belongs to a religion that most of the Hindu families during that time considered as a minority one.

For Saeeda Bai, Maan is the very first man of her life, who doesn’t see her as an object of pleasure, but as a woman who has a divine love for poetry and music. Maan’s father is a Revenue Minister who strives hard to bring justice to the farmers but doesn’t approve when his son sees Saeeda Bai.

Despite disapproval from his family and society, Maan doesn’t stop clinging on to her. He cannot get enough of her beauty and charm. Maan is a jovial fun person who is not afraid to pull a prank on the Home Minister.

Saeeda Bai sends Maan along with an Urdu language teacher to the latter’s village. Maan agrees and goes with him. Vijay Varma plays the role of an Urdu teacher who marries his brother’s wife when his brother dies. Meanwhile, Saeeda’s sister falls for Maan’s friend.

When Maan goes to the village, he sees a farmer getting hit by a Zamindar. He immediately thrashes the Zamindar in front of many villagers and farmers. He is now seen as the hero in the village, who fought against the farmer’s slavery.

Maan also came to know that the villagers have huge respect for his father, for his idea to give the agricultural lands to the farmers from the Zamindars. He plans to leave the village when he receives a letter from Saeeda. She states that she shouldn’t have told him to leave her side.

Amidst this boy drama web series, another crucial ongoing thing in India during the post-independence time is the communal disharmony due to religion and caste politics. Violence and chaos are going on between the Hindus and the Muslims, who did not leave Pakistan after the partition.

Mira Nair has shown how India struggles to get an identity of its own after Independence. In the story, a Hindu temple is being built by a Raja beside an old mosque. This creates a lot of controversy and unrest.

Farmers are considered untouchables and denied significant rights. Maan’s father was seen as a hero to farmers, as he promised that he would make farmers own the agricultural land from the Zamindars. This created hatred in the minds of Zamindars to Maan’s father.

The Bottom Line Of The Story

The main crux of the story is if Lata will marry the man she loved- Kabir Durrani or the famous poet Amit Chatterji or the ideal Hindu man Haresh that her mother chose.

Now coming to the flaws or limitations of the series, first of all, it has more things to praise than to criticize. The one unanimous flaw that many felt was the series’ language. It was as if it was made to attract western viewers instead of Indian audiences. The story would have been much more realistic and authentic if it was shot in the original language instead of English. It was surely irrelevant to see villagers conversing in English.

Though understandably, English was chosen because of its universality to connect all kinds of the audience to the story, the plot would have made much more sense with native language dialogues and dialect. Some of the best versatile actors like Randeep Hooda, Vinay Pathak, Vijay Raaz, and Ranvir Shorey were under-utilized.

Randeep Hooda was seen barely in two or three scenes involving sex. The scene where Lata and Kabir kiss in a public place, yet again proves this is not completely a realistic portrayal of post-independence India, but a western-styled adaptation of Seth’s novel. And not only just watching you can also download a suitable boy full series now in 2020.

Mira Nair deserves all the appreciation for succeeding in fitting Vikram Seth’s intricately detailed characters into just six episodes of this latest Indian Netflix series. It would have been surely difficult to shorten the plot and minimize the details in the story with just six episodes.

But, she has done justice to it. The perfect cast of Tanya Maniktala in a suitable boy Index as Lata Mehra, Ishaan Khatter as Maan Kapoor, and Tabu as Saeeda Bai has elevated the series’ output. The cinematography and the outstanding performances keep the audience on track despite some not-to-miss flaws.

With richness splashed all over, Mira Nair’s A Suitable Boy has succeeded in creating an impact of Vikram Seth’s popular novel. And stop searching for a suitable boy pdf and start to watch a suitable boy online for free in 2020.

This Netflix best Hindi series, along with its quick season recap, contains all the ethical & official links to stream a suitable boy in 2020 and is for entertainment purposes only. Our objective is to inform and bestow people with basic knowledge. we have only provided official links to watch.

We don’t claim any content that is shared on this platform as ours. after all, we are just providing the information that you need. We don’t encourage or promote piracy in any manner. We stand firmly against hacking, stealing, and whatever action associated with the crime. We firmly oppose and do not encourage any unethical acts or piracy in any manner. Always watch any kind of show or series online in an ethical way.