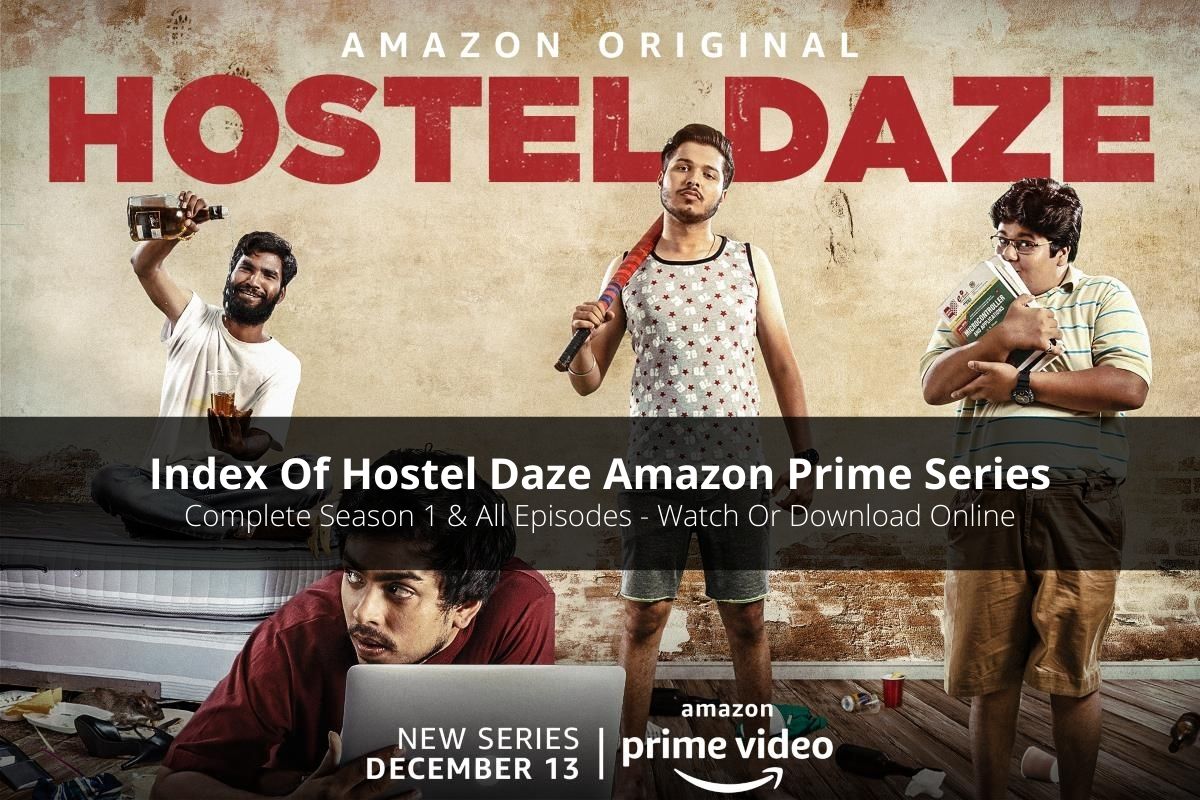 Three students one college and a bagful of mishaps to make you clench your stomach while laughing Hostel Daze is probably one of the best comedy web series in Hindi on the internet right now.

The Amazon Prime web series backed by TVF has managed to put a smile across millions all over the country, as it takes you back to your frat boy days.

And it introduces you to the real-world problems, for example, the terrible student gender ratios in engineering colleges, education systems that seem to terrorize the actual talent out of students, and so forth.

All of this with a tinge of humour and sarcasm that is sure to make your day. The series is full of chunks that make you feel you’ve lived them in the past, bringing those memories and mirth back alive.

So if you haven’t watched this series, it’s never too late. This New TVF web series just consists of five episodes, you can probably binge-watch it in a day! Here’s a detailed Index of Hostel Daze to help you through. 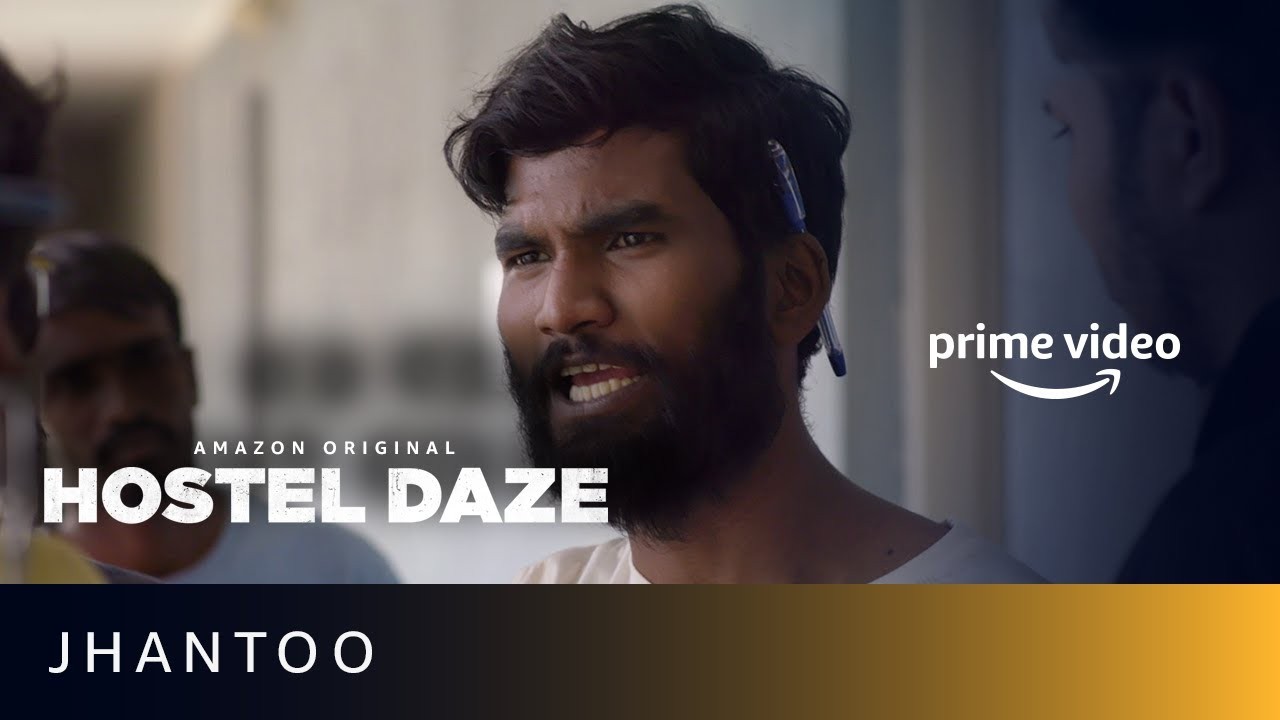 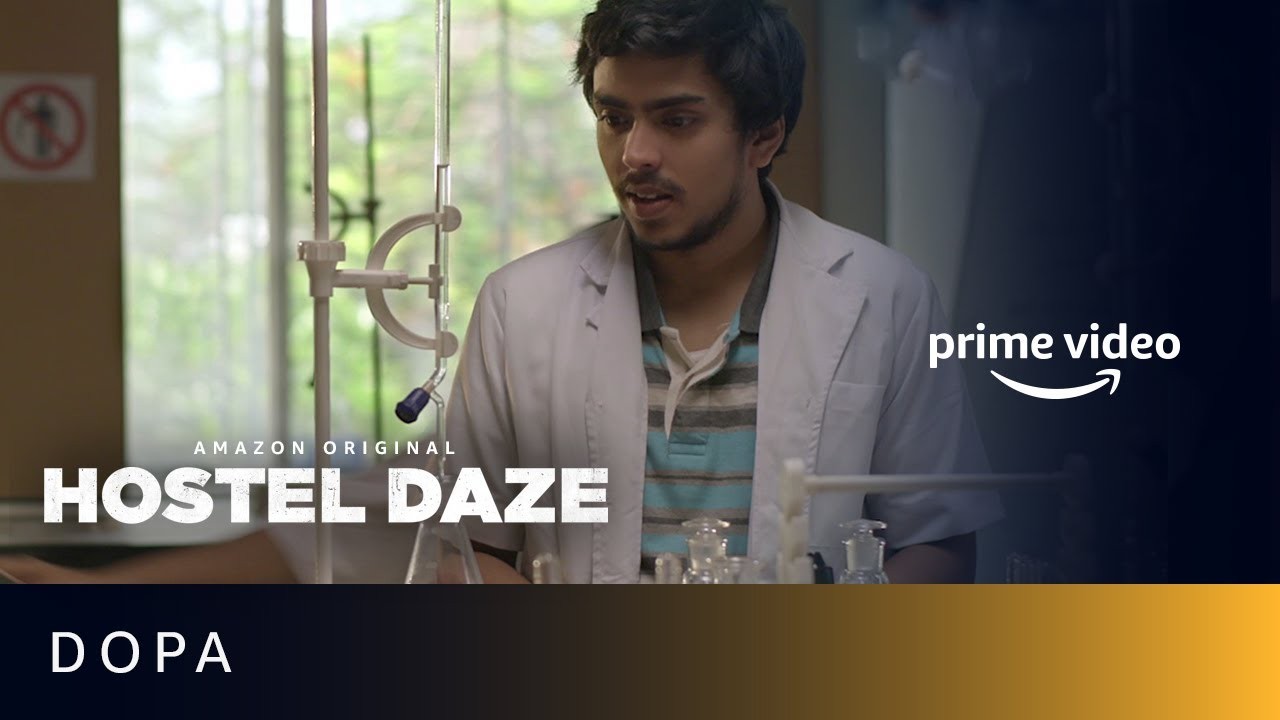 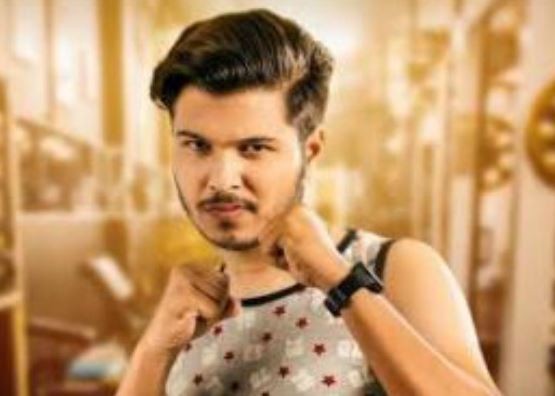 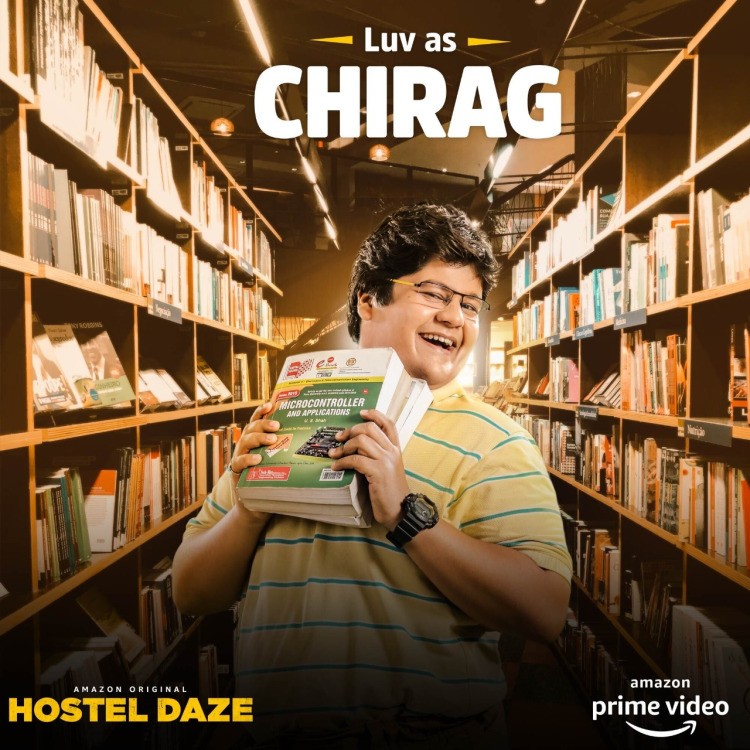 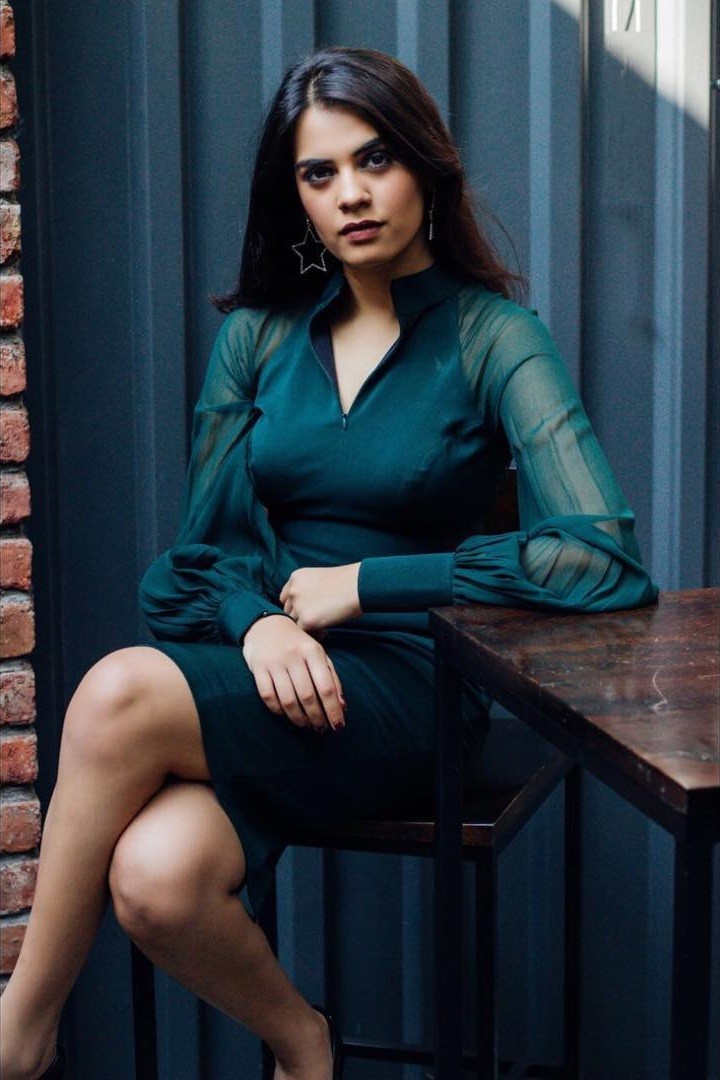 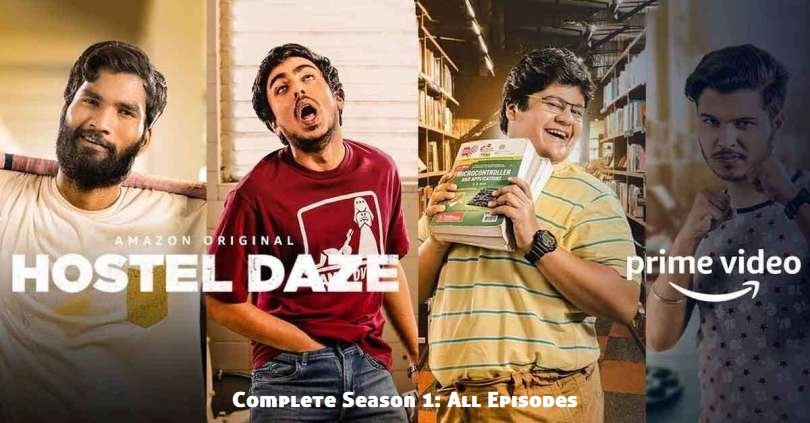 Trending: Download the most popular web series on amazon prime

Hostel Daze basically entails a series of events and short tales dating back to college days. The story starts by introducing the audience to the three main characters of the series Ankit Pandey, Chirag Bansal, and Rupesh Bhati.

Three students right in their first semester, and the ways they tackle every issue that college throws at them is what this series is all about.

Recap: So Ankit Pande is here a fresher, starting his college life with just as much confusion and cluelessness like most do. But with the hope to make the most out of it. He gets allotted a room, but finds out that it is already occupied by Chirag and Jaat.

The ragging period is on, with seniors hunting down meek juniors and extracting peal laughter or two out of them. And in the midst of it all, Ankit has to find a room to crash in.

Recap: As things are with new places and new cities the inferiority complex becomes constant during the initial days. Especially during introductions and a series of “getting to know each other”, probably all of us have felt a tad intimidated and out of place during the first days of college. And that’s exactly what happens to Ankit.

He struggles with identity crisis and inferiority complex, as he finds himself quite an average student stuck in the midst of talented people, apparently.

Recap: College romances never grow old, do they? And something similar happened to Ankit, too. We all remember adolescent days and shy eye contacts and putting up a coy behaviour to get the other person to like us too.

Episode 3 holds your hand and walks you down the same lane. Ankit finds himself smitten by the queen bee of the college, only less mean and less entitled than most drama series portray. Her name’s Akansha, and not only is she desired by Ankit, but rather the entire college for that matter. But will Ankit putting up a coy front help him win her love?

Recap: Every college has its own little tradition that they’d follow during someone’s birthday. In Ankit’s case, it was the GPL. Basically, a temporary, painful imprint of the Indian chappal on the back. But as fun, as it sounds to the person imprinting. it’s surely not a treat for someone at the receiving end of it.

So Ankit decides to hide his birthday from his roomies, and the whole college in general just to avoid GPL. How does that go, you ask? Well.

Recap: Every group has that brainiac kid on whom the whole troop relies on exam days. And for Ankit and co. it was Chirag. But things take a twisty turn when Chirag goes missing in action out of nowhere, and Ankit and his friends are left helpless. Will they be able to come up with a workaround to ace the semester-end examinations?

Latest: The Family Man prime series to download offline on the app or watch online

Hostel Daze: A Food For Thought For The Show That Takes You Back To Frat Boy Days

TVF yet again proves its capability of producing the light-hearted yet relatable show with its recent series launch, Hotel Daze. The whole campus-comedy series is about college days, something similar to 3 Idiots and other sorts of movies only lighter, shorter, and refreshing.

TVF decided to hold our hands and take us for a walk down the memory lane. From running out of water in the showers and roaming around with a head full of foam to hiding out from your friends to avoid the birthday bumps the show is filled with instances every person has faced once or twice back in college.

And that’s exactly what makes this show super relatable. We won’t be surprised if you call up your old school chum to discuss those days over a drink after you’re done watching it!

The first thing that serves as one of the strong suits of this series is the young cast which also includes some from the Kota Factory. But what’s even stronger are the adult actors, who portray the once dreaded events of college with gentle humour, and rather have a hearty laugh at them than critique or ridicule it altogether.

Not just that, there are some serious moments in the series too, where you’d find yourself relating to the series so hard that college would seem as if it was just yesterday, For instance, the part where the freshers get ragged, or when Ankit’s friends trick him into believing that he might have a shot with Akansha.

Those are the parts that might have been super grave and bothering in real-time back then, but you get to relish it back with a slice of laughter on the sides. This makes us wait for Hostel Daze season 2.

1. Will There Be Hoste Daze Season 2?

Hostel Daze series season 1 got premiered on Amazon Prime on December 13, 2019. The series may be renewed for 2nd season and a small clip will be revealed on Youtube on its first anniversary which gives us a glimpse into what is in store this season. At present, The creators are at scripting state for season 2 which started in October 2020 and is expected to be released in December 2021. So you need to wait for the official release.

2. How Many Episodes Of Hostel Daze Are Released?

Till now there are 5 complete episodes got released for this Amazon prime series online in 2019. And Season 2 for this series may get released by the end of next year. You can read more about those details above in this article.

3. How Do I Watch Hostel Daze Web Series?

4. Is It Possible To Download Hotel Daze On Amazon Prime?

No, it is not at all possible & recommended to download this amazon prime series called Hostel Daze, if you really want to watch the show then you must take their paid subscription to enjoy. The money you pay to take subscription is worth every penny for the comedy content in this show. Always watch Hostel Daze through official sources online in 2020.

When we say this is the perfect time to binge-watch this short web series, we mean it. College students all over the globe are stuck at home, losing out on their college days. Let this series be your little escape let it take you back to those days and help you live them all over again. We hope you liked our detailed Hostel Daze review of season 1.

As for the rest of us? We’re all barred behind doors trying to work ourselves through our jobs, with a little extra time in hand. It’d never hurt to watch an episode or two a day and reminisce about the old times that we were once a part of.

At a time when the world is lost and in oblivion, Hostel Daze can serve as the much-needed refreshment we’ve been looking for.

This Hostel Daze index contains all the ethical & official links and is for entertainment purposes only. Our objective is to inform and bestow people with basic knowledge. We have only provided official links to watch Hostel Daze all episodes online in 2020.

We don’t claim any content that is shared on this platform as ours. After all, we are just providing the information that you need to download Hostel Daze prime series. We encourage you to watch this series ethically. We stand firmly against hacking, stealing, and whatever action associated with the crime. We firmly oppose and do not encourage any unethical acts or piracy in any manner. Always watch any kind of show or series online in an ethical way.