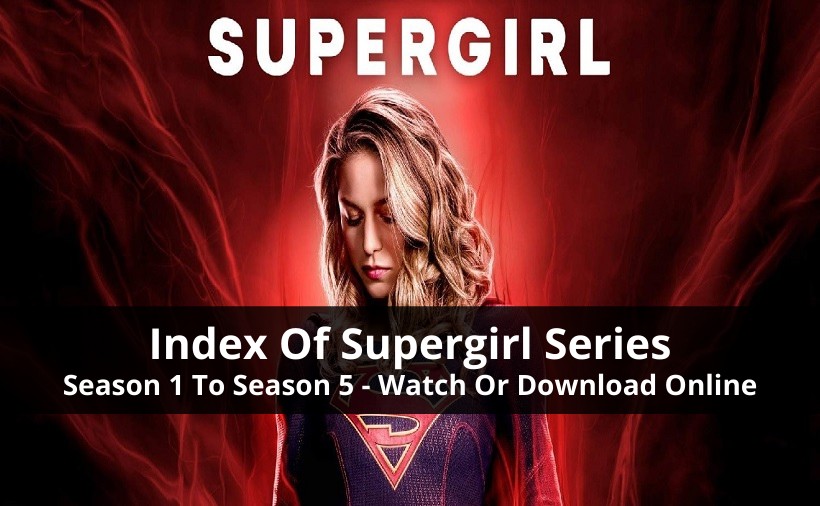 Supergirl, a superhero series with a host of female leads and entails a story about refugees and immigrants. One of the most loved Arrowverse series of all times, (at par with The Arrow, of course!), it’s an optimistic show that instils hope.

Superhuman stuff aside, this series also shows the humankind and its struggles. From juggling professional and personal life, relationship problems, differences in opinion it’s a fictitious story you can relate to.

Inspired by the DC Comic character Supergirl, and developed by Ali Adler, Greg Berlanti, and Andrew Kreisberg this show is worth watching. Here’s a season overview, and its index to help you get right on your binging spree! 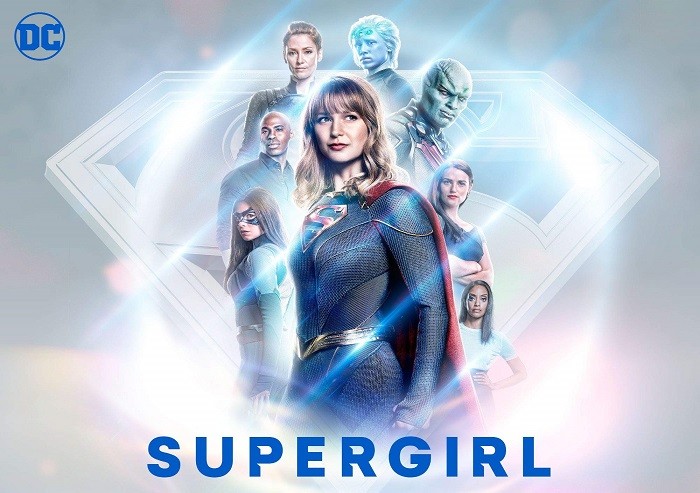 Suggested: Check out the Index of The Flash series to watch online 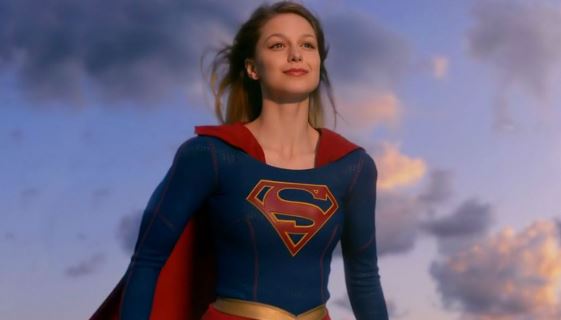 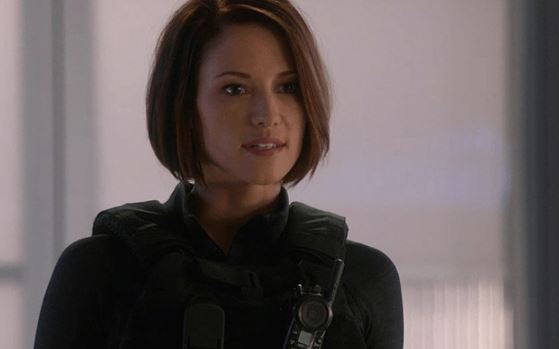 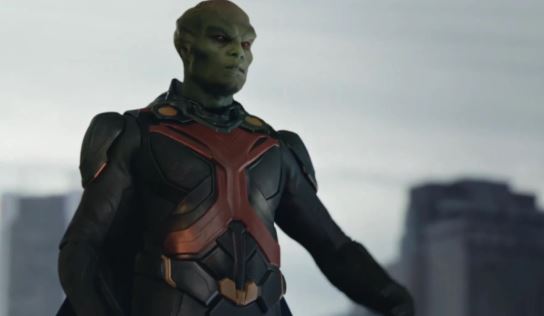 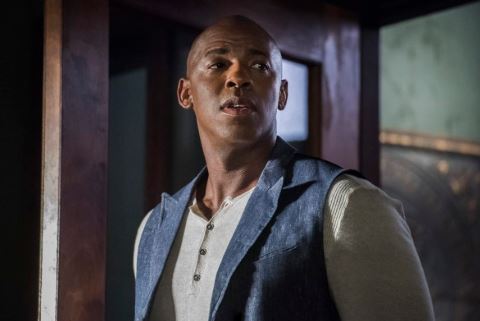 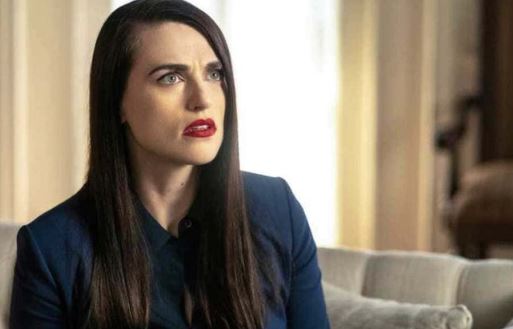 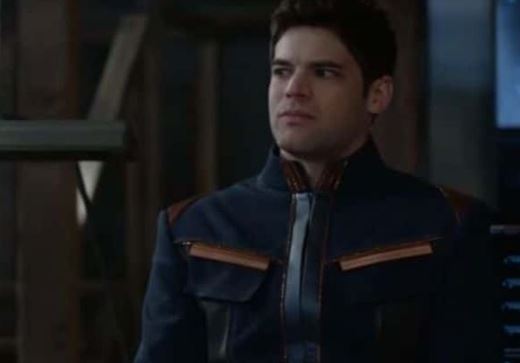 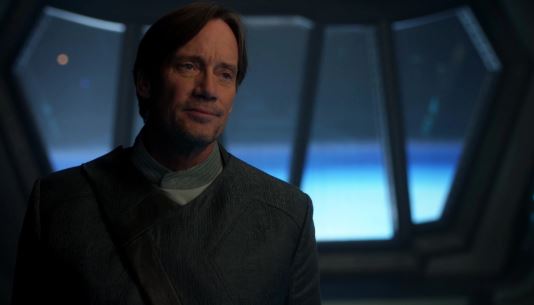 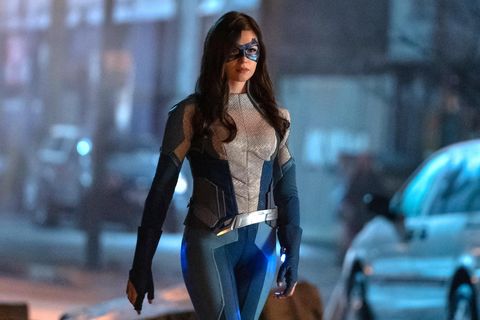 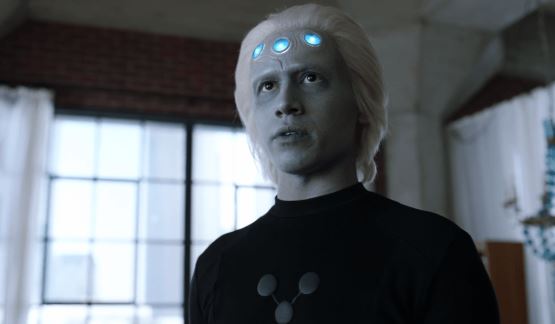 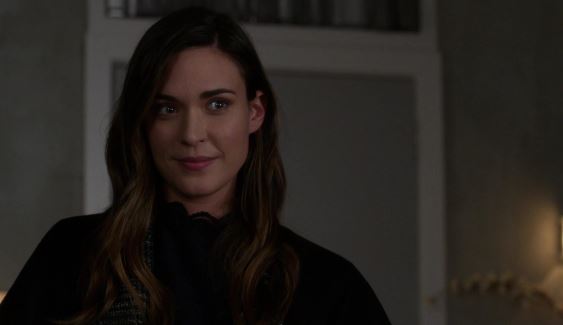 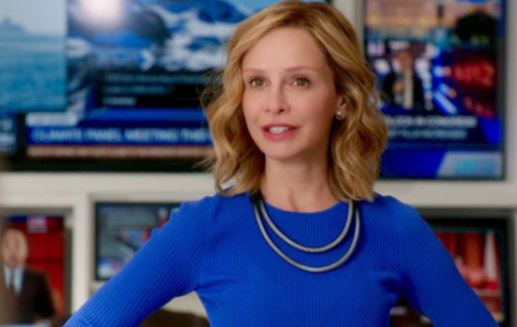 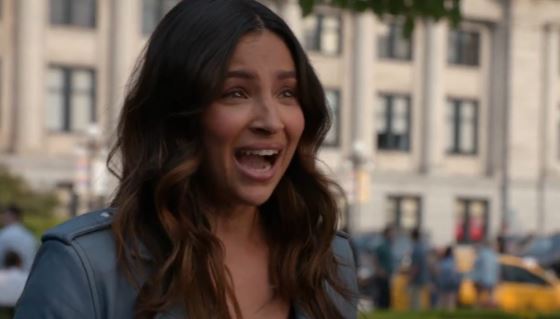 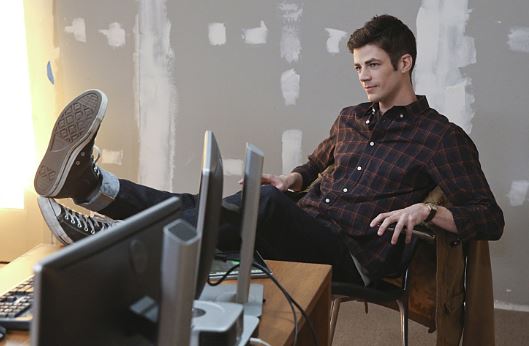 Must check: Index of Arrow series (all seasons)

Index Of Supergirl (Season 1 To Season 5) 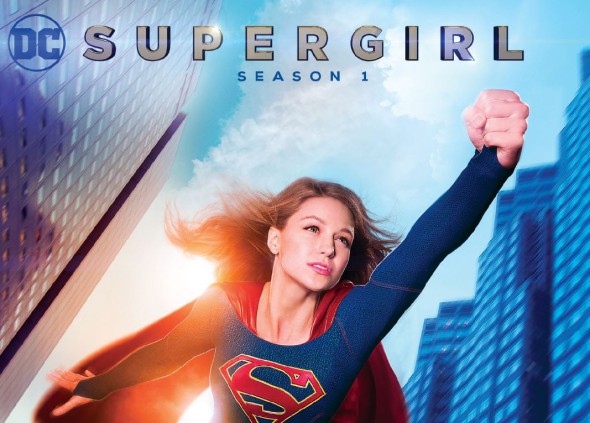 Season Recap: Daughter of Zor-El and Alura, Kara Zor-El was born on the planet Krypton. However, when she was just a teen, she was sent to Earth to take care of her brother. Her pod knocks off and she lands on Phantom where she sleeps for years on end. When she wakes up, she finds herself on Earth. However, by that time, her brother had already grown up to become Superman.

She gets adopted into the Danvers family, where she keeps her powers hidden. She works as the assistant to the media mogul, Cats Grant to earn some bucks. However, after she saves a plan from crashing she gets her suit. Thus, she transforms into Supergirl.

It is revealed that her friend Alex (who helped get her a badass suit!) is an agent at the Department of Extra-Normal Operations or DEO. The DEO fights off supernatural beings, It is learned that when Kara came in her pod, she also brought the Fort Rozz prison. As a result, many monsters were let loose who now pose a threat to the city. Moreover, her mother was a judge who sentences many monsters to Fort Rozz. So, Kara has to fight them all!

We see season 1 revolving around Kara and Alex putting an end to Astra and Non who were in charge of the monsters. We also learn that Hank, who was the director of DEO, was an imposter. We are also introduced to the Project Cadmus, a mysterious government project that protects Jeremiah Danvers – who has been alive all this while. 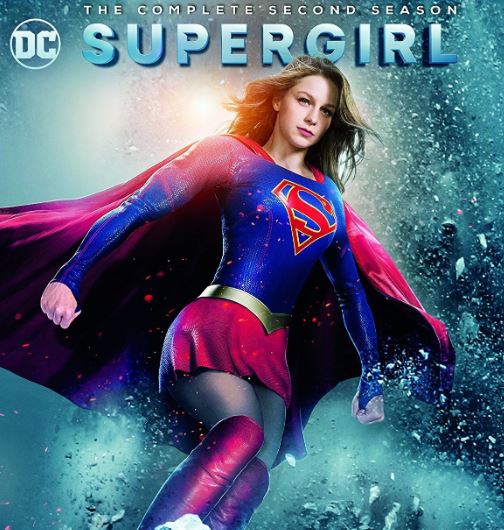 Season Recap: Mon-El is the new face of this season, who hails from Daxam. Daxamites and Kryptonians never got together due to an age-old history and long-burning grudge. However, Kara and Mon-El set their differences aside, and Kara trains him to become a superhero.

On the other hand, we also meet Lena who is trying to make a distinct identity for herself. She befriends Kara in the process and struggles to build a new life post her brother’s sentence. We also meet a cop called Maggie, who collaborates with Alex on her idea. Soon, Alex realizes that she might have feelings for the hard-hearted cop.

As the season plays out, we see Kara struggling to juggle both of her lives. At CatCo, she is one of the top journalists. But as Supergirl, she has to save the world. She reaches new heights, however, all her responsibilities start to come with an extra set of hurdles.

When Rhea, Mon-El’s mother, comes to take her son back, Kara challenges her to a duel that has a disastrous condition. If Kara wins, the Daxamites go away. If she loses, Rhea gets to have her son and the Earth. The season finale finds Kara at a loss both as Supergirl and Kara. Mon-El’s pod gets sucked back into space, and Lillian takes it on himself for driving the Daxamites away. Also, Cadmus takes the right chance and tells the city how dangerous it is to have alien life. They do it just in time when the President was about to pass the alien amnesty act.

Popular: Index of 13 reasons why season 1-4 [with cast & season recap] 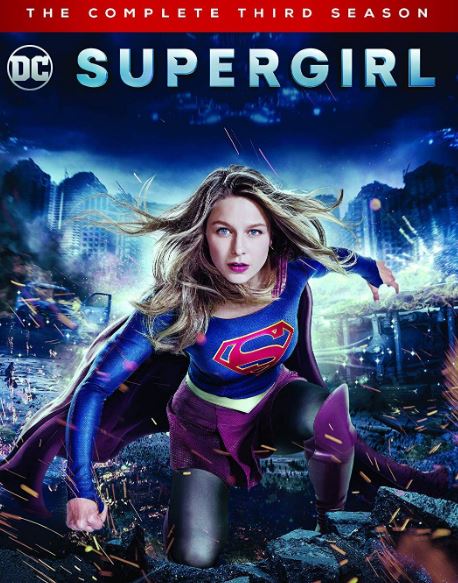 Season Recap: The season begins with Kara grieving that Mon-El had to leave Earth, and thus deciding to focus on her Kryptonian side. However, we meet Psi, who forces Kara to connect with her humane nature. On the other hand, Ruby puts herself into danger, trying to prove that her mother had superpowers.

We meet Thomas Coville who saved the Girl of Steel at the beginning of the series. He is seen to have opened a church where he worships her and preaches the teachings of Rao. However, his actions put the masses into danger, which leads to finding out a mysterious ship.

Elsewhere, J’onn, Winn, and Kara start to dig deeper into the incidents connected with the mysterious ship. They learn that it belonged to an older Mon-El and his wife, who was a Saturn Girl of the Legion of Superheroes.

The biggest climax of the season entails the battle of Reign, where Supergirl had to kill Worldkiller. However, it doesn’t end as expected. Reign defeats Supergirl, and put her into a state of coma for almost five weeks! Mon-El, Saturn Girl, and Brainiac 5 have an action-packed sequence with Worldkiller, Samantha.

In the finale, we are introduced to the second Worldkiller named Purity. It takes Mon-El, Supergirl, J’onn J’onzz, and Alex to join forces to even try to weaken Purity. But just as Alex was getting to Purity’s human side, Reign sweeps in and takes Purity away and begins her training. 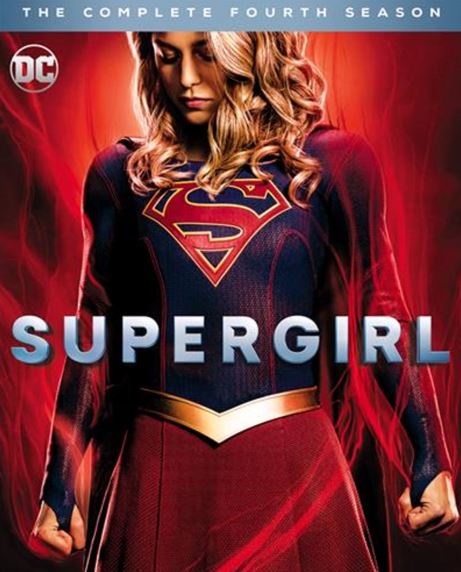 Season Recap: Probably this season’s most demoralizing villain, Ben Lockwood, was the highlight this time. He was a mere pawn in Lex Luthor’s mastermind plan but came off as more unnerving than most. Supergirl had to go beyond just superpowers to plotting, misinformation, and ignorance to get to him. Lex’s strategy successfully causes the demise of Red Daughter, Ben, and surprisingly Lex himself.

Meanwhile Lena and James’ relationship witnesses tensions and typical struggles. Lena’s job at DEO and James’ rising responsibilities at CatCo makes things extremely tough for the couple. Lena chooses the serum over her relationship, causing irreparable damage to her and James’ bond. Unfortunately, senses only knock back into her head when her brother, Lex betrays her.

Another plot point of this season was J’onn’s split identity. He sets up a secret investigation agency of his own to inquire of the prejudice a few aliens were facing. On the other hand, he was trying to keep his demonic side at peace. He struggles to stay calm and composed, which entailed a whole different storyline altogether. 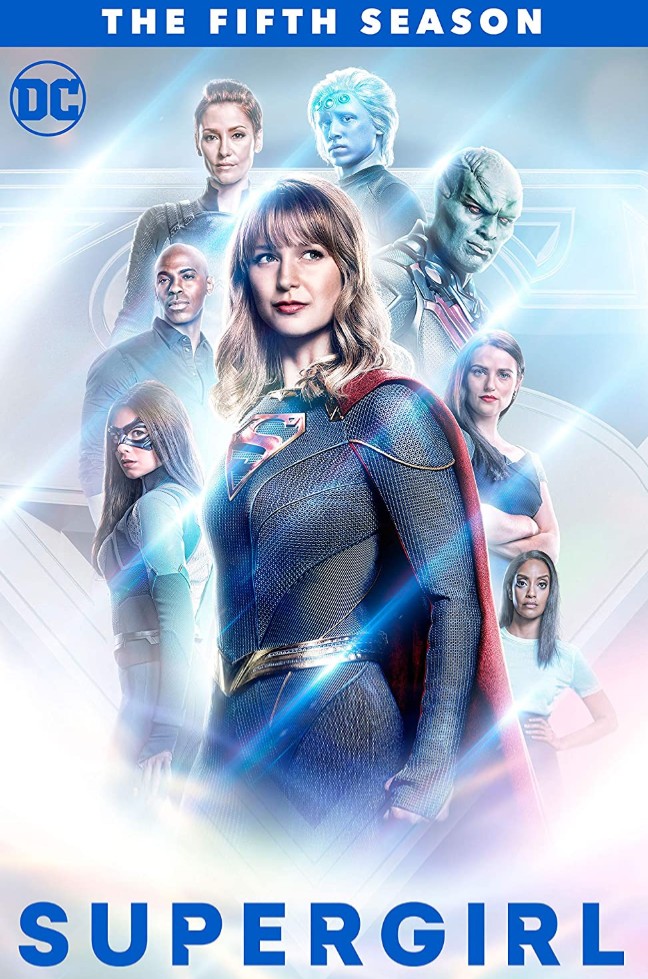 Season Recap: Lex finally finds a way to the mysterious ship, and Gemma provides him with a pin to keep himself safe. The ship’s radiations were harmful, from which Lex was bound to stay safe. Plus, Rama Khan got the chance to take his long-awaited revenge on Supergirl – and slaughter her for once and for all.

The final season sees Rama Khan and his comrades harm J’onn, while Alex and M’gann have a hard time during the face-off. Meanwhile, Kara and Lena successfully travel across town to work on the suit. William suddenly disappears, which puts Kara at a dilemma to either stay put or go help and this time, it had Eve involved!

Leviathans show up in the city and Supergirl needs to ask humans to log-off from the VR to fight. Meanwhile, Lex pitches the idea of killing Supergirl’s unprotected body to Gemma, with the help of an assassin, Andrea. A full-blown battle occurs, and Lena reaches in to protect Supergirl’s unprotected body too. Gemma turns into a robotic creature, and Lex is seen handing over the bottle to Lillian.

Related: Supergirl Season 5 has forgotten about its main villains

1. Will There Be Supergirl Series Season 6?

Yes, As per a few CW Official sources there will be Supergirl new season coming on TV in 2021. This is officially confirmed by the CW Network. CW TV network has recently said that they are ready for the new season and it should begin broadcasting in January 2021 if everything goes as per their expectations. Supergirl will continue to telecast as usual at dedicated timeslot.

2. Where To Watch And Download Supergirl Season 1 To 5 Online?

Supergirl is a popular Adventurous drama story with all five seasons available on Netflix Website and amazon prime to watch online anytime. you can watch Supergirl all seasons on Prime with the subtitles in Engish in HD Premium quality.

3. Is It Possible To Download All Supergirl Seasons Online?

4. Is Supergirl Series Worth Watching?

Yes. Supergirl series is definitely worth watching. as it is one of the popular Netflix And Amazon Prime show highlighting some Adventurous and drama scenes happens to the roles in the show. You can enjoy watching the actions scenes of supergirl character. DC Comics made the main character to entertain the audience in all possible ways. In case you didn’t watch on it already, then you must watch it because it has everything like action, drama and more.

Only for you: Best urban fantasy series of all time you should watch

You’ll find yourself laughing, crying, rejoicing, and cheering – all for Team Supergirl. The show establishes the fact that aliens have a heart too, and each person has a story to tell. Take a break from reality, and dive into the fantasy world of Supergirl. We promise that you won’t be disappointed.

Supergirl TV Series, along with its quick season recap, contains all the ethical & official links and is for entertainment purposes only. Our objective is to inform and bestow people with basic knowledge. we have only provided official links to stream or watch online. and We don’t claim any content that is shared on this platform as ours. after all, we are just providing the information that you need. We don’t encourage or promote piracy in any manner. We stand firmly against hacking, stealing, and whatever action associated with the crime. We firmly oppose and do not encourage any unethical acts or piracy in any manner. Always watch any kind of show or series online in an ethical way.