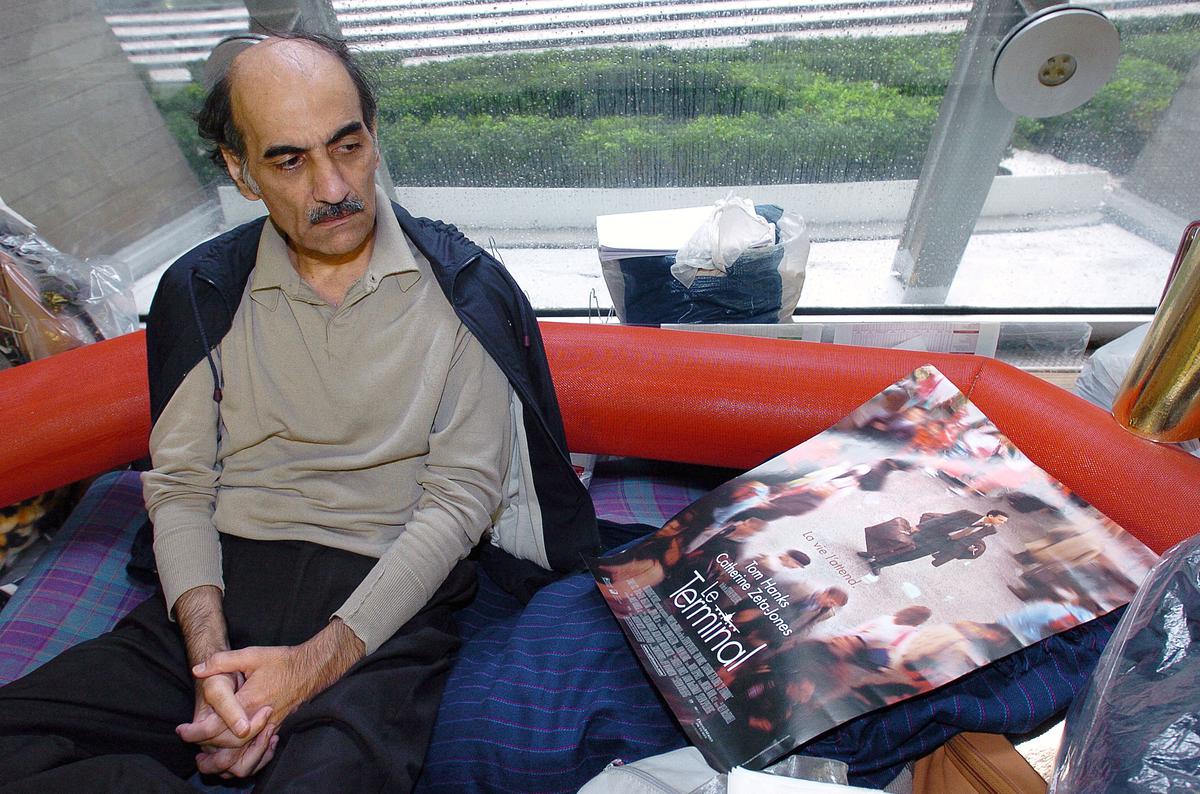 Steven Spielberg based his 2004 film "The Terminal" on Mehran Karimi Nasseri, 77, a guy who spent 18 years living in the Paris-Charles de Gaulle airport. Nasseri, an Iranian refugee who inspired the film ‘the terminal’ dies in Paris airport last Saturday, Nov. 12.

This was confirmed by a representative for the Paris airport authorities confirmed on Sunday that Mehran Karimi Nasseri passed away after a heart attack at around noon local time.

He was an iconic, charismatic character. There is a lot of emotion at the airport in the wake of his death. . . The whole airport community was attached to him, and our staff looked after him as much as possible during many years, even if we would have preferred him to find a real shelter.

The spokesperson claimed that Nasseri was a beloved member of the airport employees who lamented his demise this past weekend.

How Did Nasseri End Up In Paris Airport?

Nasseri spent many years in Belgium after either being exiled or fleeing the political unrest in Iran in the 1970s. He reportedly tried to travel further in Europe because he was determined to find his British mother but was repeatedly ejected from many nations for lacking the necessary immigration documents.

He was halted by French police in 1988 at the Paris airport when he attempted to enter the country without his identity documents, which he said were stolen. Authorities imprisoned him in a transit zone for several days before releasing him into one of Charles de Gaulle's terminals.

Caught in an immigration trap, he quickly constructed his own temporary residence in the airport and spent several years residing in Terminal 1.

By 1999, France had granted him residency. However, he remained a resident of the airport until 2006. He seemed to have trouble adjusting to life beyond the airport after getting there.

He actually had psychological issues, according to the airport official. He was a homeless person who received attention from hospital staff and airport residents.

The official stated that Nasseri had left a care facility where he had been residing and had returned to the 2F Terminal of the airport in the middle of September.

He had returned to live as a homeless person in the public area of the airport since mid-September, after a stay in a nursing home.

The representative stated that "Many people went to great lengths to have him hospitalized and put into a care home adapted to his needs."

The Terminal Film Is Inspired By Nasseri's Story

Tom Hanks immortalized Nasseri's experience in the airport in the film "The Terminal," and the airport's representative commented that "The Spielberg film suggests that he was stuck in a transit zone at Paris-Charles de Gaulle. In reality, he spent several stays there, but always in the public area of the airport, he was always free to move around."

He was the focus of at least two movies and several news stories. After the 2004 film "The Terminal" came out, his airport residence became a media sensation. He reportedly received several hundred thousand dollars from DreamWorks in exchange for the rights to his story.

Mehran Karimi Nasseri's story was not at all uncommon to immigrants around the world. Similar circumstances have occurred to other refugees, although none for as long.

Before Canada accepted him in in 2018, a Syrian guy spent seven months living in a Malaysian airport. He was unable to travel back to his war-torn nation and was therefore caught without a valid place to reside.