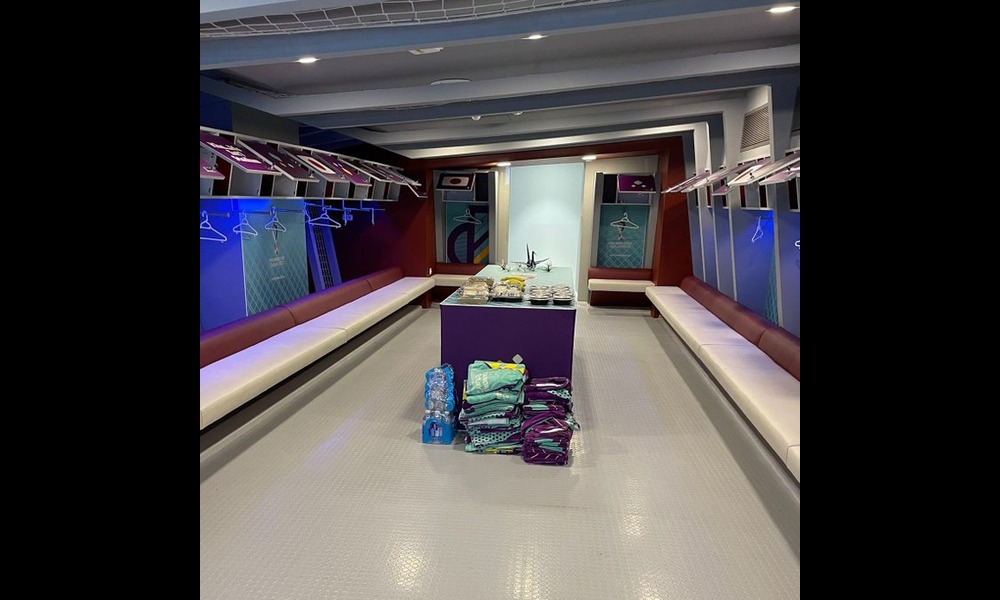 In a 2022 World Cup group stage encounter on Wednesday in Qatar, Japan earned a historic first-ever victory over Germany, sparking jubilant celebrations. However, the Japanese team, who is regarded as the world's classiest athletes, once again captured the hearts of social media users with their amazing gesture. Japan leaves dressing room spotless after beating Germany, rather than celebrating the triumph.

When the Japanese team defeated the European squad 2-1 in their opening match of the football competition on Wednesday, November 23, they left a lasting impression on the field.

Even though they had won, the team didn't celebrate too much as they cleaned their locker room. Additionally, they placed Origami swans and a touching "thank you" inscription in Arabic and Japanese.

After a historic victory against Germany at the #FIFAWorldCup on Match Day 4, Japan fans cleaned up their rubbish in the stadium, whilst the @jfa_samuraiblue left their changing room at Khalifa International Stadium like this. Spotless. Domo Arigato.

Many individuals expressed their admiration for the Samurai Blues' impeccable manners in tidying up after their victory on social media.

Another joyful football supporter added: "Classic and beautiful! These are the morals and cultures that we need to take to world events such as the World Cup because they absolutely teach the rest of those who [don't] practice the beauty of living in a safe and clean environment. Fight for this culture, not the other one!"

On Sunday (November 20), following the opening match between Qatar and Ecuador, Japanese football supporters were commended for their kind behavior as they lingered behind to clean up even though their national side wasn't playing that day.

Many outstanding spectators strolled around the stadium to collect the empty bottles and food wrappers left in the stands, just like they did at the 2018 World Cup in Russia. They were dressed in their respective national colors.

Influencer Omar Farooq from Bahrain captured the touching deed on camera and shared it on Instagram, writing in shock: "The Japanese fans decided to clean the stadium. It’s not even their match!"

"Why are you cleaning something not related to you?" he asked them. The fans from Japan replied: "Japanese never leave rubbish behind us. We respect the place."

Four years later, it appears that the nation has kept up its reputation for showing kindness at international competitions.

Japan will begin its World Cup campaign on November 27 when they play Costa Rica, followed by a match against Spain on December 1.