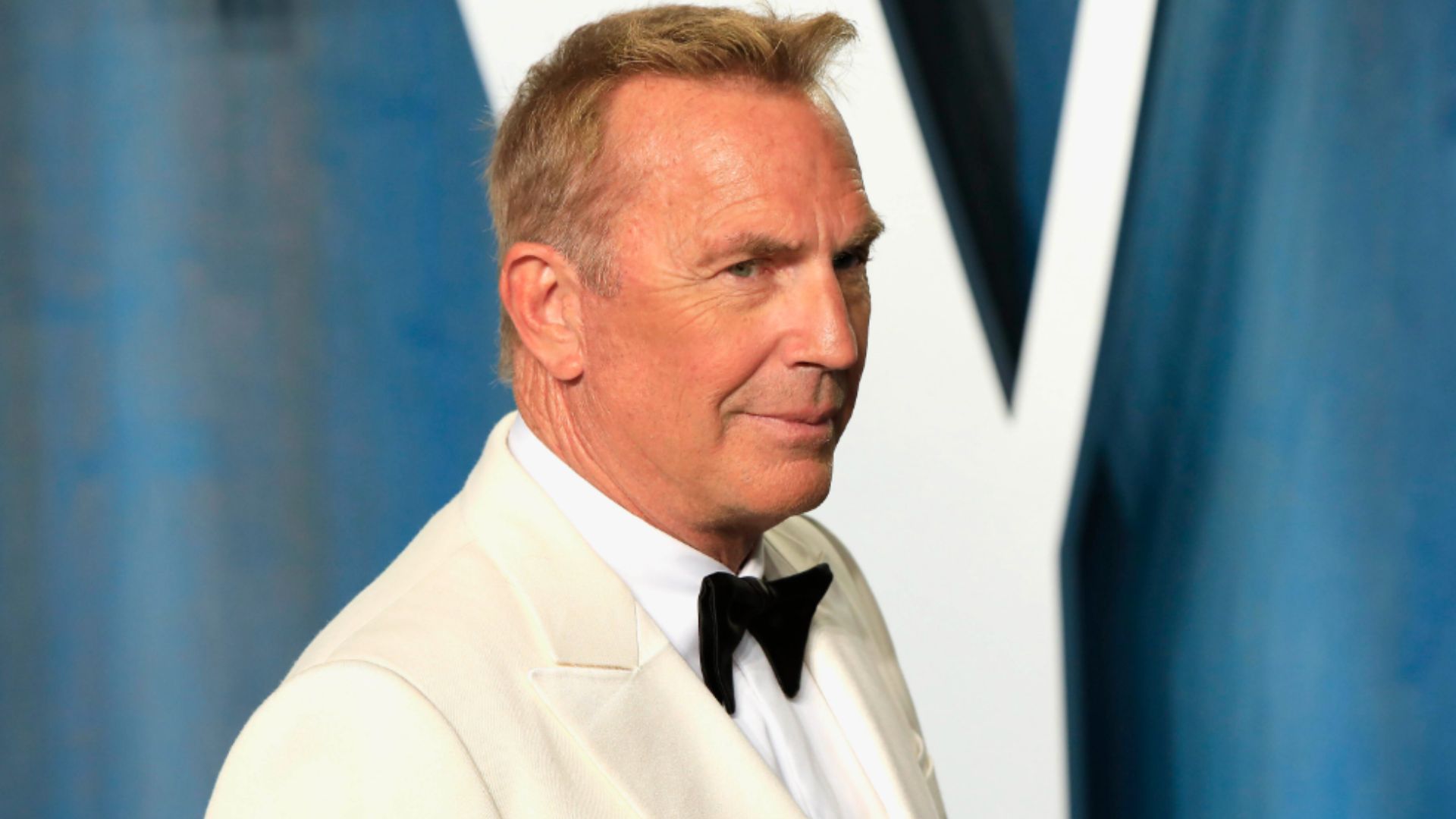 American actor, director, and businessman Kevin Costner has a long history and a long list of honors to his name. He rose to become one of the world's highest-paid actors as a result of his film Dances with Wolves, which paved the way for a string of box-office successes.

He is highly renowned for his lead acting performances in movies and TV programs including Dances with Wolves, The Untouchables, The Bodyguard, and Yellowstone.

William Costner, an electrician who subsequently worked as a utility executive, and his wife Sharon Rae Costner, a social worker, welcomed their son Kevin on January 18, 1955, in Lynwood, California, in the United States. Kevin, the family's youngest son, grew up alongside two brothers, Mark Douglas Costner and Daniel Craig Costner.

Although he attended Villa Park High School and Buena High School, Kevin Costner was not academically inclined. He studied the piano, published poems, and participated in the First Baptist Choir. He graduated with a B.A. in finance and marketing from California State University, Fullerton, in 1978. (CSUF). He participated in the Delta Chi fraternity when he was a student.

The Untouchables in 1987 is usually regarded as Costner's "big break," followed by "Dances with Wolves" in 1990, which he both directed and starred in. He received two Academy Awards for "Best Director" and "Best Picture" for the movie "Dances with Wolves." But during the course of his career, he has taken part in a sizable number of endeavors and movies.

Technically speaking, Costner made his feature film debut with the 1978–1979 winter picture "Sizzle Beach, U.S.A." It wasn't really published until 1981, and then again in 1986. This caused many people to believe that Costner's first movie was "The Touch" from 1983.

He also had appearances in the 1983 movies "Table for Five" and "Testament," as well as in an Apple commercial advertising the Lisa desktop computer model. He worked on a number of projects in 1985, including the movies "Silverado," "Fandango," and "American Flyers," in which he starred.

Costner appeared in two movies in 1987 in addition to "The Untouchables": "No Way Out" and another thriller. His work in "Bull Durham" (1988) and "Field of Dreams" (1989) helped to establish and maintain his standing as an A-list actor in the next few years.

In 1990, he and producer Jim Wilson launched the production business Tig Productions together. The epic movie "Dances with Wolves" (1990), which Costner both directed and acted in, served as the company's debut undertaking.

Costner also appeared in the movie "Revenge" that year (1990). Following the triumph of "Dances with Wolves," Costner went on to star in a string of critically acclaimed or financially successful movies. These include "Robin Hood: Prince of Thieves" by Clint Eastwood, "JFK" (1991), "The Bodyguard" (1991), and "A Perfect World" (1992).

A series of films that failed to attract much notice and were usually not well regarded by reviewers or audiences followed this run of triumphs. Among them are The War (1994), Waterworld (1995), and "The Postman" (1997).

The outcome of these three was worse for "The Postman," which Costner not only starred in but also directed. As a matter of fact, it ended up winning five Golden Raspberry Awards, including the ones for worst picture, worst actor, and worst director.

The three-part "Hatfields & McCoys" miniseries on the History Channel brought Costner back to television screens in 2012. 13.9 million people, a record, tuned in to the show. He has since made many cinematic appearances, and in 2018, the series "Yellowstone" gave him his first regular television role. 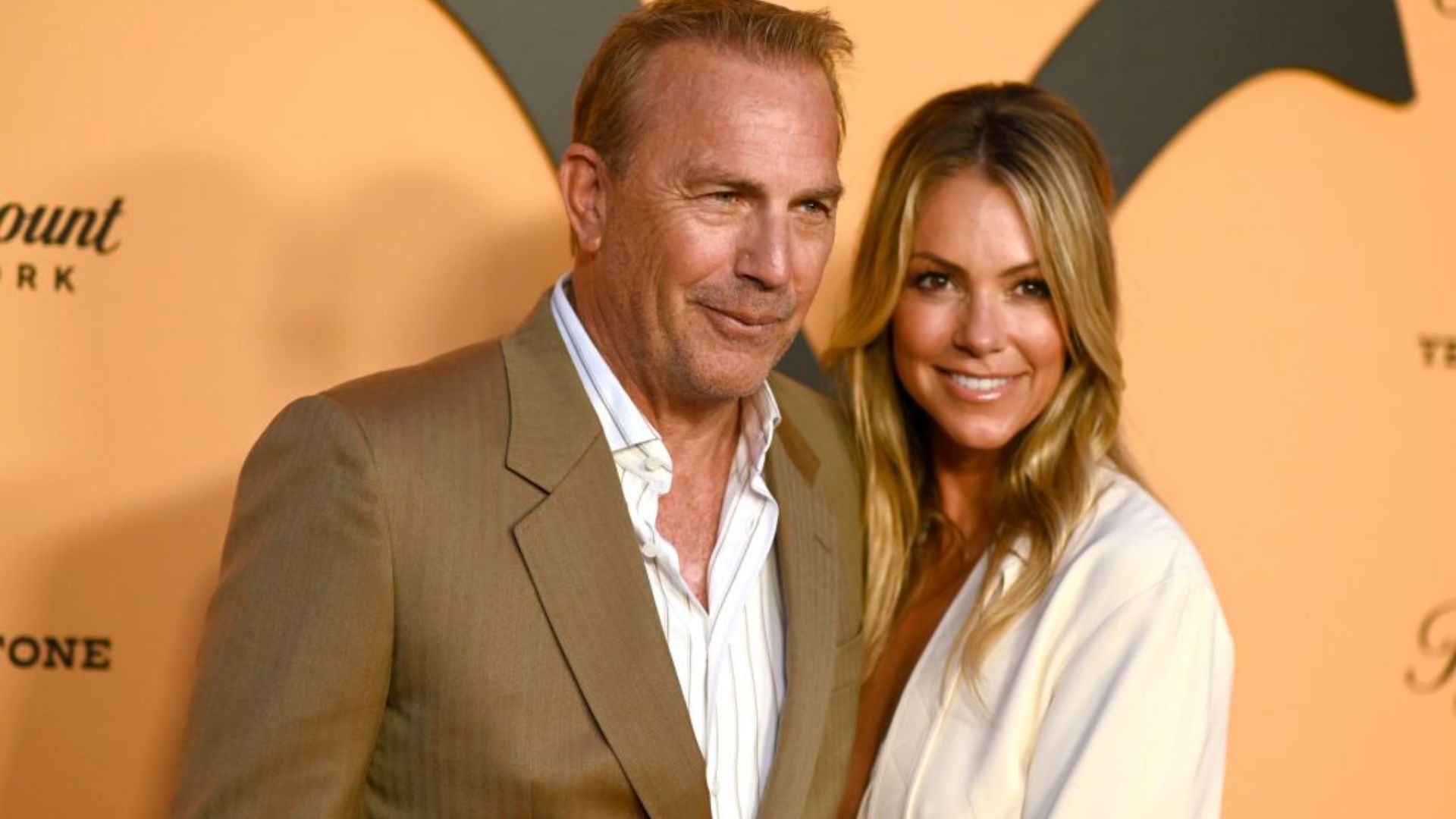 Kevin Costner With His Wife In White Dress

Kevin Costner had two marriages. In addition, he has seven children from three different partnerships. He met Cindy Silva when he was a college student in 1975, and the two eventually got married. They had three kids together, a boy called Joe and two girls named Annie and Lily. Sadly, the couple separated in 1994 after 16 years of marriage.

Kevin Costner then had a short relationship with Bridget Rooney after divorcing her, and the two of them had a son together called Liam Timothy. Then the actor started dating Birgit Cunningham, a political activist. Moreover, in 1996, this actor shared a residence with supermodel Elle Macpherson.

Kevin Costner wed Christine Baumgartner, whom he had been seeing for four years. So they were married on September 25, 2004, at his property in Aspen, Colorado. She designs handbags and models. In addition, the couple has three kids: Grace, a girl, and boys named Cayden and Hayes.

Some Interesting Facts About Kevin Costner

Kevin Costner is an American actor, director, and producer who is estimated to be worth $250 million. Since 2018, Costner has played John Dutton in the Paramount Network drama series Yellowstone.

What Year Did Kevin Costner Was Born?

How Many Kids Does Kevin Costner Have?

What Is Kevin Costner's Net Worth?

Kevin Costner is undoubtedly one of the names that stick out when it comes to Hollywood actors who have achieved success in a variety of film genres. The talented actor has performed in a variety of genres, including action, crime, horror, and westerns, and he has repeatedly shown why he belongs on the A-list of performers.

After just a few years of performing, he quickly rose to stardom, garnered several important accolades, and even had his own star on the Hollywood Walk of Fame.