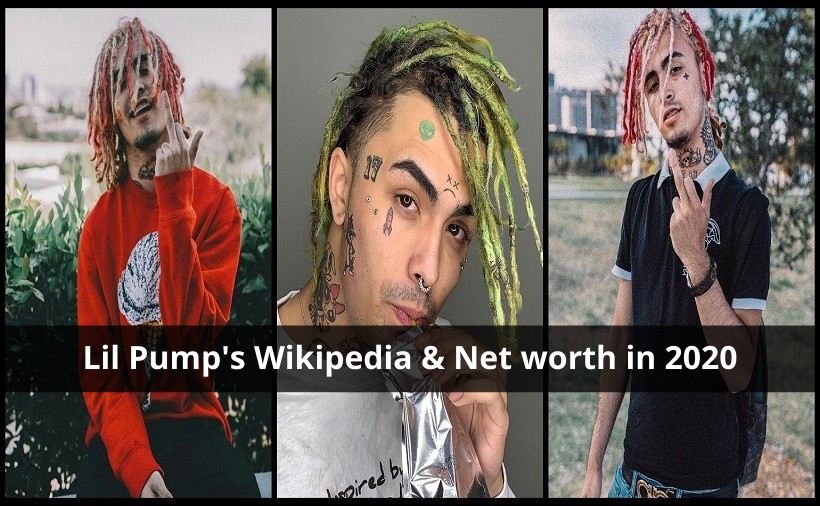 Who Is Lil Pump?

Lil Pump was born on 17th August 2000 in Miami Florida. As far as his family is concerned, they are busy avoiding being public. All we know is that Pump is the only child of his parents. In one of his interviews, he mentioned that his parents got divorced when he was just a kid.

Other than his catchy rap songs, Pump is also famous for his crazy style and hyperactive character. Not to mention, fans also love him because of his wacky hairstyles. 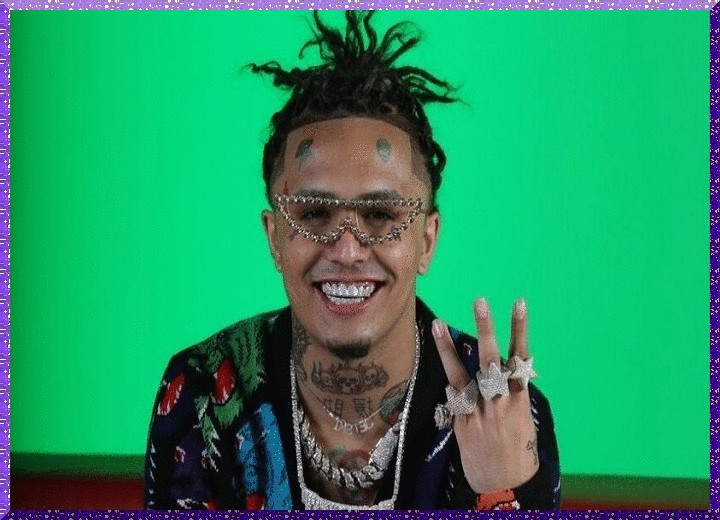 Garcia has always been a rebel. He was expelled from his school because of his chaotic nature and he was also caught inciting a riot. But luckily, rapping saved him. This is probably the only thing he is passionate and serious about. Right now, he is just 20 years old and earning in millions.

He is one of the youngest rappers in the industry who have already worked with many big names like Kanye West, Lil Wayne. Many of you would want to know about Lil Pump net worth. In this post, we will tell you everything about your favourite rapper that you want to know.

Must read: Everything you need to know about ‘AOA’ singer: Shin Ji-min

Many of you may not know this, but Lil Pump wouldn’t be Lil Pump without Smokepurpp. It was him who introduced him to the rapping scene. Both of them have been very close friends since elementary school.

Smokepurpp asked Lil Pump to freestyle in one of his songs that he produced. The song received millions of views on Soundcloud which got Lil Pump a lot of fame and the next thing we knew that he was a rapper too.

Every artist has a starting point and so does Lil Pump. The young rapper wasn’t always into rapping. But as he got inspired by his friend Smokepurrp, he took it seriously. He opened his Soundcloud account where he uploaded a few of his songs.

Most of his songs got viral and received up to 7 million views. Well, this is how he became Lil Pump from Gazzy Garcia. Soundcloud is a platform designed for sharing music.

3. Inspiration Is A Big Thing

Lil Pump may not be into rapping, but he was always inspired by many of the big rappers from the industry. He improved his rap game by getting inspired by Ludacris, 50 cents, and other artists. However, it is mostly Chief Keef who inspired Pump.

4. The Beef Between Pump And J.Cole

When you are a rising star, you are going to piss off a few people and Lil Pump is no exception. In 2016 and 2017, Pump and J.Cole had a little beef with each other. It got so worse that they even started exchanging tweets and songs.

Fans were divided and it went on for a long time. But later in 2018, they settled the matter between them. The beef was over when J.Cole invited Pump to discuss a YouTube video that was uploaded.

Lil Pump got into the rapping scene when he was just 15 years. He is one of the youngest rappers in the industry. In just a few years, he made a big name for himself. Right now he is an internationally recognised artist. For others, it took years to reach such a position, but for Pump, it was handed down to him.

Just at the age of 17, he was a millionaire. After being a successful rap member on the Soundcloud platform, he released his song Gucci Gang which made him the star that he is today. The 20-year-old rapper has already worked with many big names in the industry including Lil Wayne, XXXTentacion, Kanye West, and others.

Lil Pump is a dropout, but we are not sure whether he went to Harvard or not. In 2017, he uploaded a tweet in which he wrote that he is a dropout from Harvard. But we highly doubt that.

Lil Pump is famous for his crazy and hyperactive character. He is the kind of person who hardly takes anything seriously. Right from his school days, he has been a rebel because of which he had to change many schools. He used to get into a fight with matters which doesn’t belong to him. Every school he went to, he was thrown out of there because of rebellious character. Once he was expelled from a school because he was caught inciting a riot.

In 2018, Lil Pump was arrested for discharging a weapon in his house. According to the statement given by his manager, three men attempted to break into his house in San Fernando Valley because of which Pump shot a gun at them.

Later, the bullet was found by the police which had come from inside the house. They found an unloaded gun in his balcony. Pump’s mother was investigated for endangering a minor’s life by allowing him to possess a gun in the house.

When you are young and have lots of money, you are bound to get into trouble for your reckless behaviour. In December 2018, Pump was arrested in the Miami airport for misbehaving with the authorities.

They wanted to search his bag for cannabis. But Pump misbehaved with them and claimed that he had no cannabis on him. Although no drugs were found, he was taken into custody for yelling and shouting at the officers. most of the people know that Lil pump is a Drug addict and he spends a lot of money to buy the same.

The pump can get crazy when it comes to dating. Once Billie Eilish, the famous singer was live streaming on her Instagram account when Pump proposed her for marriage. He made his proposal in front of thousands of fans. But of course, he got rejected by the singer.

Here we got some of the most liked and popular Instagram Posts and pictures of Lil Pump.

Lil Pump was born in Miami, Florida State In United States Of America. He is Americal origin guy but not his parents. In an interview, he stated that his father is from Cuba & mother from Mexico, also his parents divorced when he was just 6 years old.

Lil Pump was born On August 17 2000 and at present, his exact age is 20 years and 2 months. He is one of the few youngest rappers to get huge fame in America. you can know more about his personal life in this article.

Rapper Lil Pump has a Height of 5 Feet 6 Inches (1.67 Meters). Though he has an average height, He looks like short a short person when he stands beside some of his friends and co-stars.

4. How Much Is Lil Pump Worth?

Lil Pump’s net worth is around 8 Million USD As of 2020. He got so much wealth and fame after he grows as the busiest rapper in America with his extraordinary fast lyric skills. By next year his worth will get doubled for sure.

There is no official news about Lil Pump’s relationship status as of now, but most of the sources say that Lil Pump is dating his Co-rapper Danielle bregoli from last 2 years and before that he had some relations with female musician Woah Vicky which didn’t long last.

Popular: J.seph’s worth and facts about famous south Korean singer and lyric writer

Lil Pump is a young and crazy rapper who has just started his journey in the music industry. Though he was born in a middle-class family with all limited resources he never quit chasing his dreams with what he has. and Lil Pump was a very bad student in school and also over the years he also adopted so many bad habits. but who cares about all of these when He is becoming one of the popular rappers in American history. and also We expect to receive more catchy songs from the rapper in future.