Cry To All The Feels Of Makoto Shinkai Movies 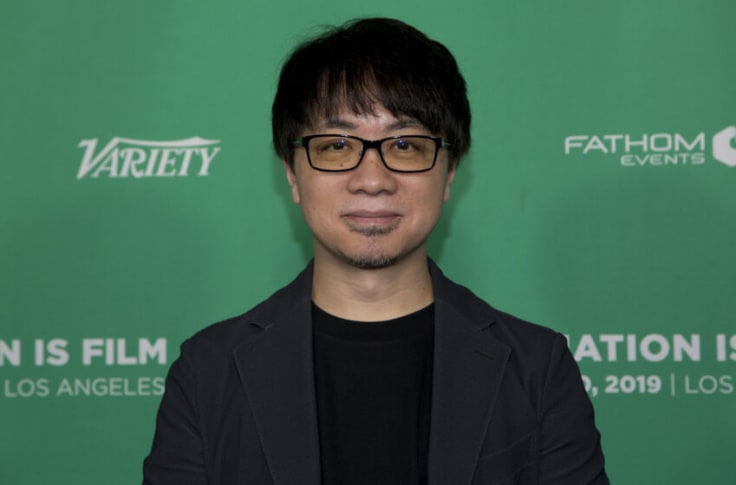 Makoto Shinkai is an amazing Japanese animator, filmmaker, author, and manga artist, famous for his "Kimi No Nawa", "Tenki no Ko", "Kotonoha no Niwa", and many more. He has the ability to make us feel things through his well-executed works and make fiction into reality in our minds. Shinkai is never afraid to make his audience cry and giggle in just a span of time. You will see in his film a spice of magic in reality through his animation, everything is beautiful, magnificent, and magical despite that it is a spice of life. Get your tissues and get ready to cry in these Makoto Shinkai movies.

Children Who Chase Lost Voices (Hoshi wo Ou Kodomo)is an anime about the death of a loved one. It emphasizes the difficulties associated with such an event and how various persons might approach it differently. This is easily relatable to any viewer, as well as to a viewer who has had a similar experience. How we struggle to cope with grief, an uninvited circumstance, and how we can at least make an effort to endure such anguish in order to survive. This film is more into adventure and magical realms that it feels like a Ghibli and it is no wonder since Miyazaki's Castle In The Sky Is his favorite film.

Asuna Watase is a little girl who is carried away on a wonderful voyage to Agartha, the home of the dead. While heading to her clubhouse, she is assaulted by an unidentified beast and is rescued by a mystery youngster named Shun. He embarks on a journey of self-discovery with her, leading her to unravel the mysteries surrounding the strange music emanating from the radio her father left behind.

The Place Promised In Our Early Days (Kumo No Mukou, Yakusoku No Basho)

The Place Promised in Our Early Days is Available for Pre-Order Now!

The Place Promised in Our Early Days (Kumo no Mukou, Yakusoku no Basho)is the second film of Makoto Shinkai that was released in 2004 but his first-full length anime movie with his team is known as one of his masterpieces. This film strives for complexity with its sci-fi theme about a parallel universe, physics, and a lot of science fiction themes. After a year, this outstanding anime film was adapted into a novel in 2005.

The Place Promised in Our Early Days is set in a parallel world of Japan in 1996, where the country is divided into two. The northernmost part of Japan called Ezo, which refers to Hokkaido, is controlled by the communist countries called Union. The story focuses on two middle school boys Hiroki and Takuya and a heroine Sayuri, who live in Aomori Prefecture which faces Ezo across the strait. They spend a lot of time completing an aircraft to fly to the symbolic, mysterious tower standing in the Ezo area. The two boys promise with Sayuri to take her to the tower by plane, which is related to the title “The Place Promised”. However, she abruptly disappears from their hometown somewhere. After three years, Hiroki and Takuya are getting involved in the world’s plot that war can break out between the Union and the United States in Japan.

The Garden Of Words (Kotonoha No Niwa)

"It’s okay to be alone, but always be open for social contact and relationships.” The Garden of Words (Kotonoha no Niwa) is one of the masterpieces of the great Makoto Shinkai movies in 2013 before the release of Your Name and Weathering with You. This film has a magical and bright vibe in the animation and it was the best during the time it was released. The storyline is just as perfect as the animation for its mature emotional contents and scenes of the film.

The protagonist Takao Akizuki, a 15-year-old senior in high school, aspires to be a shoemaker. When it rains, he skips school in the morning to visit the Shinjuku Gyoen, a real-life garden in Shinjuku, Tokyo. Takao eventually meets the heroine Yukari Yukino, who frequently visits the Japanese garden. She struggles with several issues, including job and love, and she seeks refuge in the garden. They congregate there on rainy days and converse. What happens to them thereafter...?

Your Name (Kimi No Nawa)

Your Name (Kimi No Nawa) is considered as Makoto Shinkai's masterpiece and his most popular film, Your Name, was released in 2016. The greatest anime film is Japan's third most grossing film of all time, making more than 25 billion yen at the domestic box office. It has received widespread acclaim internationally since it was released in over 100 nations and regions. Makoto Shinkai wrote a novel with the same title practically concurrently.

Your Name is situated in both metropolitan Tokyo and rural Takayama. It follows two major characters: Taki Tachibana, a high school guy from Tokyo, and Mitsuha Miyamizu, a high school girl from Hida Takayama in Central Japan. They discover one day that they alternate between bodies in an intermittent manner. They meet in the other's life and get to know one another. Then a pivotal incident occurs to Mitsuha, altering the course of the main characters' lives.

Weathering With You (Tenki No Ko)

Weathering with You (Tenki No Ko), which some anime fans believe is greater than Makoto Shinkai's previous effort Your Name, is one of the finest anime films of 2019. Weathering with You, the director's seventh anime film, grossed more money at the domestic box office than its predecessors. It is being screened in around 140 countries and regions, which surpasses Your Name. The novel of this film was also released the same year of the film. This film follows these significant issues in today's reality like social issues and common personal issues. You will see the separation and division of adults and children, what is right and wrong, individuality and the world, and many more heavy topics that will definitely change your perspective about life.

Weathering with You is set in central Tokyo, especially in Shinjuku. A high school boy Hodaka Morishima leaves his home island and runs away to the urban city by ferry. Wandering around aimlessly, he meets a young girl Hina Amano, who has a special ability to change the weather into good condition. Hodaka and Hina with her brother Nagi Amano help many people who hope it is sunny for their important days such as weddings and festivals. Everything is going well apparently, but each of the two main characters confronts difficult problems to handle by himself/herself.

5 Centimeters Per Second (Byousoku 5 Centimeter) released in 2007 and I believe the anime is what brought Maoko Shinkai's name to the attention of the Anime community; people enjoyed watching it but it was also an Anime film that required us to dig deeper. 5 Centimeters Per Second depicts a real-world issue that individuals experience today, as well as a universal lesson that we should all remember during times of struggle. This film emphasizes that life is indeed cruel, that you will feel everything happening inside the fiction and that is the power of Makoto Shinkai.

5 Centimeters Per Second (Byousoku 5 Centimeter) consisting of three short tales is less well-known than recent blockbuster films such as Your Name and Weathering With You but is regarded as the best by many admirers. In the premiere episode, Cherry Blossom. An elementary school boy called Takaki Tono develops feelings for his classmate Akari Shinohara and the two fall in love. They are, however, abruptly separated when she relocates to a slightly farther prefecture in order to change schools due to her parent's transfer.

Takaki relocates from Tokyo to Kagoshima Prefecture (the southernmost prefecture on Japan's main island) in the second chapter titled Cosmonaut, which means Takaki and Akari live further apart. He meets a new main character, Kanae Sumida, who grows to admire him but realizes he is in love with him. The last episode is 5 Centimeters per Second, named after the pace at which cherry blossom petals fall, as Akari mentions in the first episode. Takaki and Akari mature, and the tale reaches its culmination in Makoto Shinkai's incredibly excellent anime film.

Indeed, Makoto Shinkai will make us cry and realize the cruelty and beauty of life. This is the reason why Shinkai's film was loved and recognized by many. His popularity in his line of field is no joke but is definitely worthy as he made us see the reality in his fiction and animation.