Male Infertility - How To Improve Fertility Through Lifestyle Changes 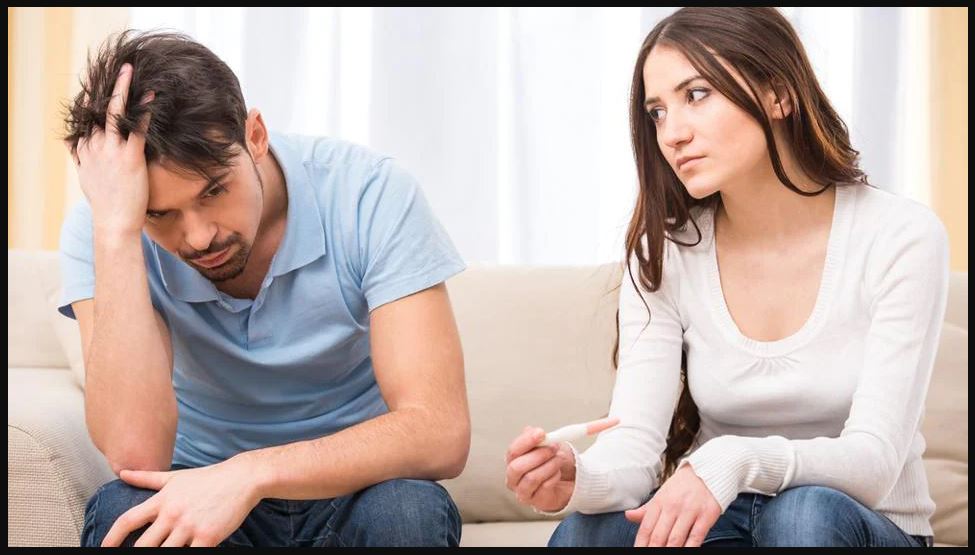 In order to have a baby, you need a partner. As a potential father, you may do a lot to ensure that your spouse and her unborn child are healthy.

Any male health problem that makes pregnancy less likely for his partner is considered male infertility.

It's true that infertility isn't always treated, but there are steps you can take to improve your chances of getting pregnant nonetheless.

Healthy eating, the right vitamins, and other lifestyle changes can sometimes boost fertility.

An Overview Of Male Infertility

The capacity of a person to reproduce without the intervention of a medical professional is referred to as "fertility." Infertility in men describes a situation in which a man has a low probability of getting his partner pregnant.

When aberrant results are found in the semen analysis, an assessment by a urologist may help pinpoint the cause. These are some of the possible causes:

Both the pituitary gland (through FSH and LH) and the testis (testosterone) regulate sperm production. A lack of or abnormally low sperm production might result from an imbalance in several hormones in the blood. Simple blood and saliva tests can detect this condition, and if it is present, medication may help.

The veins around the testicle swell and dilate, a condition known as a varicocele. About one in seven males will develop it at some point in their lives. About half of men with a varicocele will have an abnormal sperm count. A varicocele can typically be fixed by a modest surgical operation.

We now know that genetic disorders account for a significant portion of male infertility cases. Some examples of chromosome abnormalities include missing or duplicate chromosomes, chromosomes that are broken or malformed, and the Y chromosome's particular genes being damaged.

DNA fragmentation in sperm is another form of genetic abnormality. DNA strands, which hold the genetic information in the sperm head, are severely damaged when this happens. Many scientists attribute this to oxidative stress.

Fertility in men can be severely affected by infections in the prosate or epididymis (a duct behind the testicle). The presence of many white blood cells in the sperm would typically indicate the presence of such an illness. Urologists may recommend antibiotics and/or request a semen culture if an infection is detected.

Fertilization occurs when sperm travel from the testicles to the epididymis, a tiny channel located behind the testicle. After hanging out in the epididymis for a few days, the sperm make their way to the ejaculatory duct by swimming up the vas deferens.

The ejaculatory duct can become obstructed for a variety of reasons. A complete blockage could lead to azoospermia, in which there are no sperm at all in the ejaculate, and hence a severely reduced sperm count.

The obstruction may be able to be remedied in some cases. Even if the obstruction can't be fixed, a pregnancy should still be viable through in vitro fertilization.

It has recently been discovered through scientific research that oxidative stress may be involved in both male and female infertility. Stress due to oxidative damage is brought on by reactive oxygen species found in the sperm.

These compounds, also called oxidants, can harm the membrane and DNA of sperm cells. The antioxidants found in the male reproductive system help keep free radicals in check.

Oxidative stress occurs when there are more oxidants than antioxidants in the semen. As a matter of scientific fact, oxidative stress has been demonstrated to decrease fertility. Some research suggests that oxidative stress could be present even if a regular semen assay comes up negative.

Medications And Treatment Side Effects

The formation of sperm might be hindered by the use of certain drugs and medical procedures. Testicular function may be impaired by radiation therapy for cancer.

The effects of many chemotherapy medicines on output will be long-lasting. The effects of some medications, like testosterone replacement treatment, are intended to be short-lived and to disappear once the patient stops taking the prescription.

The Most Common Cause of Male Infertility

There is strong evidence that a man's food and lifestyle can significantly affect his fertility, regardless of the results of his semen analyses.

Intercourse during the three days preceding and including ovulation significantly increases a woman's chance of becoming pregnant. The three-day period between these two dates is known by some as the fruitful window.

Ovulation can be predicted with the help of basal temperature charts or a commercially available ovulation prediction kit. It is typically irrelevant how often a couple has sexual relations throughout the fertile window.

Previous research suggested that a sperm count boost may be achieved by refraining from sexual activity for several days, but more recent studies suggest that more frequent intercourse may actually be preferable. Artificial lubricants, which can be hazardous to sperm, should be avoided.

Smoking has been related in a number of studies to decreased sperm count, motility, and morphology. Smoking also raises oxidative stress in the semen, which can destroy sperm DNA and produce sperm with aberrant genetic makeup.

It is often accepted that optimal sperm creation occurs when the testicles are at a lower temperature than the rest of the body. Varicoceles are thought to have a negative impact on sperm production because the enlarged veins in the affected area generate excess heat.

The argument that boxer-style shorts are superior to Jockey-style shorts is not backed by science, although it is necessary to protect the testicles from other heat sources, such as hot spas, laptop computers, a hot workplace, or long, hot showers.

Exercising on a moderate level might be useful. Aim to engage in some sort of modest physical activity for at least half an hour on most days of the week.

Alcohol And Drug Use

Heavy drinking has been demonstrated to reduce the quality of sperm. While there is less consensus on what constitutes a "moderate" amount of alcohol use, most experts believe that consuming more than one drink per day is not a good idea.

You may be unwittingly harming your fertility by reducing sperm production if your job or pastime exposes you to environmental hazards including pesticides, solvents, organic odors, or radiation.

Make it a goal to consume no more than one cup of coffee or other beverage daily that contains caffeine.

Hormone-like compounds included in nutritional supplements, such as DHEA or "andro," can dramatically decrease fertility by halting sperm development. Stop using these or any other supplements or items designed to increase muscle mass quickly.

How Can A Man Tell If He Is Fertile?

Your sperm count, morphology, and motility will all be evaluated by a competent professional. When compared to people with abnormal sperm counts, those with larger counts of normally shaped sperm are more fertile. There are, however, many cases where this is not the case. Males with aberrant or low sperm counts can nonetheless have children.

What Is The Best Fertility Age For Men?

When a man is between the ages of 22 and 25, he has the highest chance of fathering a child. It's advised that you start a family before you turn 35. Male fertility declines precipitously beyond this age. Pregnancies conceived with sperm produced beyond age 35 have an increased risk of having mutated offspring.

What Problems Can Affect Male Fertility?

Lack of normal sperm production or function as a result of factors such as undescended testes, genetic abnormalities, medical conditions including diabetes, or infections like chlamydia, gonorrhea, mumps, or human immunodeficiency virus. Varicocele, or an enlarged vein in the testes, can have a similar effect on sperm quality.

Many men all around the world deal with male infertility. If your health is causing you to have fertility problems, you can try to fix it first.

Many of the aforementioned suggestions are essential parts of a healthy way of life. Although these lifestyle changes are not a solution, they may be helpful if vitamin deficiencies or low testosterone levels are to blame.