Michael Stipe Strikes a Note of Sanity With Coronavirus PSA 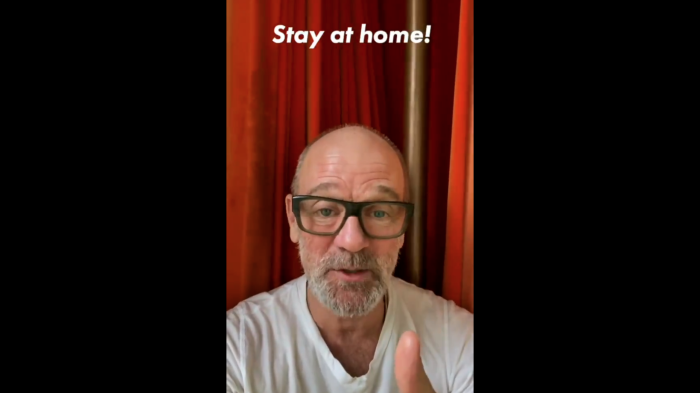 Although he begins off by singing verses from the 1987 hit “It’s the Finish of the World As We Know It (and I Really feel Advantageous),” ex-R.E.M. singer Michael Stipe strikes a balanced, cautious-but-optimistic tone with a “4 Coronavirus Rules” public service announcement posted on his website and excerpted on Twitter (below) on Tuesday. First and most important, those rules are:

None of this information is new, but Stipe’s tone — concerned but reassuring, stern but empathetic, and most of all, reasonable — speaks as loudly as his advice.

He also thanks and sends good wishes to all health-care professionals, as we all should.

R.E.M.’s 1987 hit, which came out shortly before a stock-market plunge, has become a bad-times anthem over the years and not surprisingly has seen a jump in popularity in recent weeks. It’s currently No. 26 on the iTunes chart and is a top 5 most-popular song by the group on Spotify with 83.7 million streams (compared with top song “Losing My Religion”’s 456.3 million), although that could change soon.

Watch the full video message — which, at four and a half minutes is less concise and a bit more alarmed, at Stipe’s site, or the short version below.