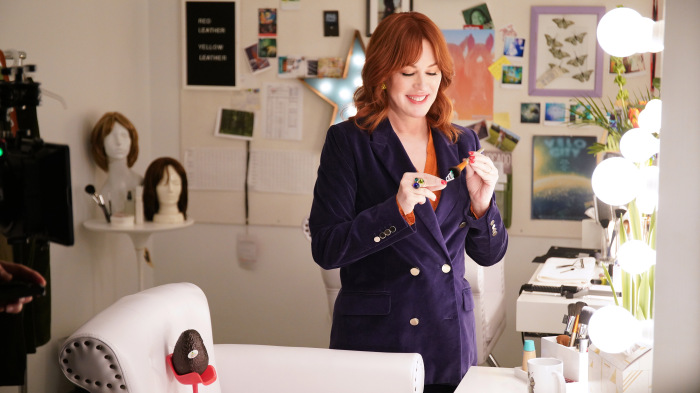 Avocados From Mexico is counting on Molly Ringwald’s first appearance in a Super Bowl commercial to give it new traction as it makes its sixth appearance on the event’s advertising roster.

The company is in luck: Ringwald is a big fan of their chief product. After having a sit-down with an old friend over avocado toast, Ringwald was surprised to hear that Avocados from Mexico wanted to use her in one of their most important pieces of outreach of the year – its Super Bowl ad.

“We truly had a 20-minute conversation about avocados and how much I like them, do you kids like them – it was just one of those weird, long conversations, and I got on a plane to go back to New York and I got an email saying I was being offered an Avocados from Mexico commercial, and it felt like the universe was talking to me,” Ringwald says in an interview.

In a new teaser for its coming 30-second spot on Game Day, Ringwald is spotted with one of the group’s avocados in the back seat of a car heading to the Super Bowl. The avocado is sitting in a car seat with a plush neck pillow as they are making the long trek from Mexico to Miami.

The marketing group, which represents two different groups of Mexico-based avocado growers, has been advertising in the Super Bowl since 2015. The company says its Super Bowl ads have over the past five years have earned more than 27 billion impressions. Each year, it shakes up its creative by introducing a new creative concept. In 2019, Kristin Chenoweth held forth. This year, Ringwald will do the honors.