Naruto Shippuden Filler List: All Episodes you can Skip to Watch in 2020 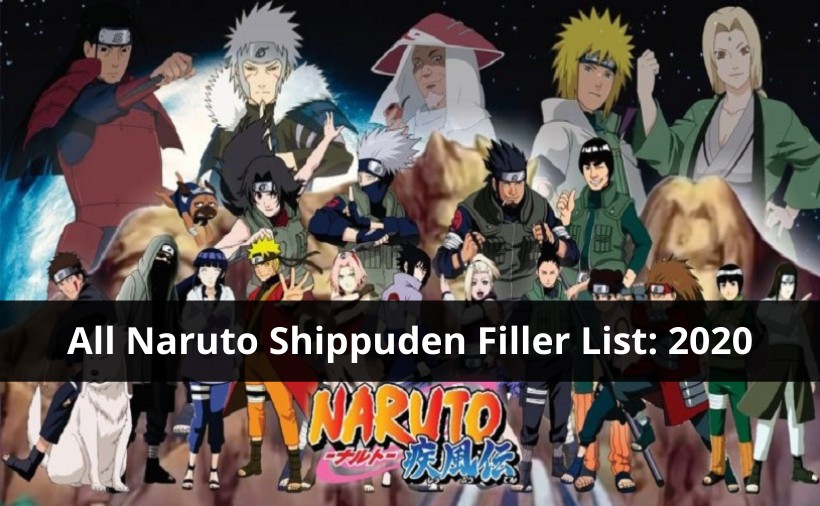 Synopsis: Naruto Shippuden is a Japanese manga action and adventurous series about a young lad who was a ninja, and his adventures to reach his goal. Naruto wants to become the Hokage and lead the village. For this, he needs to seek the blessings and validation from his peers to achieve his ultimate goal.

Twelve years before the start of the series, we learn that the village was attacked by the Nine-Tails, and they successfully managed to wipe out more than half of Konohagakure. The then leader of the village, the Fourth-Leader of Konohagakure sacrificed his seal to the Nine-tails, which led to the birth of this series’ main protagonist Naruto Uzumaki.

Naruto’s mother and father died after the Nine-Tails attacked the village, and he was perceived as an outcast. Naruto was looked down upon by the entire village, more accurately, shunned. The story entails Naruto and his endless adventures to seek his goal. The story has been categorized into two parts, one during his young adolescence and the other when he was an adult.

They perceived him as one of the Nine-Tails, and thus, did not want to engage with him much. The villagers had vowed to never speak about the Nine-Tails ever again any mention, no reminisce, and no digging up old graves. Along with the Shippuden fillers list, you will also get Naruto Shippuden episode guide through this article. 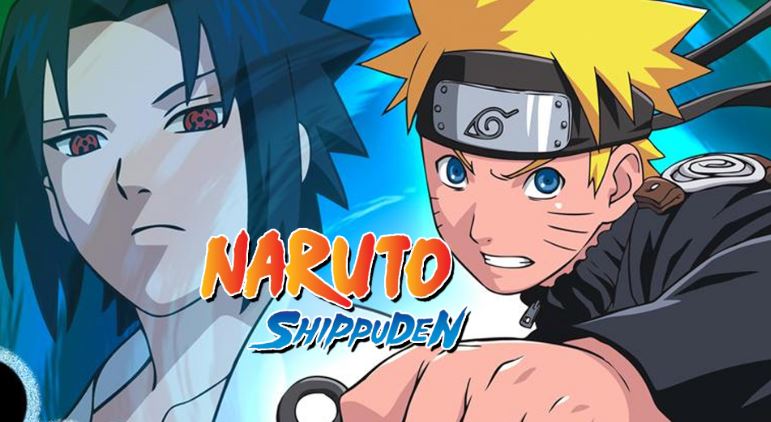 This Naruto Shippuden filler episodes list is huge and has around 500 episodes. If you’re an otaku, you probably already know how almost half of an anime series is filled with filler episodes. Not that they aren’t good, but sometimes we get so hooked onto the plot that we can’t wait to know what happens.

As children took to their parents, the children of Konohagakure too, started believing their parents. They took their cues and started developing a strong hostility towards Naruto, which to him was unbearable. He then decided that he would seek power and strength, and thus become the greatest Hokage ever known to man, and rule the village.

And the best part about Anime filler list of Naruto Shippuden is that if you skip them, you don’t miss out on much. So we have curated an entire list of the episodes that have filler content in this amazing series, to help you out! Take a look!

What Is The Difference Between Naruto And Naruto Shippuden?

Naruto: This is the first part of the anime series, where they portray Naruto’s early life. This was during the initial, adolescent years of Naruto when he was born. He was perceived as one of the Nine-Tails and was shunned by the village.

He was ousted, making him more like the lone wolf since he was a child. All the other children of the village picked fights with him, solely because their parents taught them so. The constant hostility, insult, and degradation made him resolve that he would one day lead the pack.

The early years of Naruto are shown here where they had to form teams and go on about their missions. It shows how everyone is either a genin or chunin. It’s the missions and adventures, and battles these kids have to fight to become chunin.

He and his teammates bond, and become great friends. They mould each other during challenging situations as well and show how one should never give up on their friends. In the end, he leaves the team to go and train under a different teacher altogether.

Naruto Shippuden: Someone has left the leaf, and Naruto desperately wants to bring them back. He goes under rigorous training during the end of the series too. Elsewhere, the villagers keep facing problems and encountering various enemies, to their surprise.

Shippuden continues two years post that. This series also talks about the origin of a ninja, and how they came to earth. It reveals how everyone has powers to manipulate their chakras.

It also shows who was the first person to use their chakras, or even have them in the first place. It builds the plot beautifully and reveals every burning question you’ve ever had while watching the series, how the village was formed in the first place, what was the need for Hokages, how one became a Hokage, how they were chosen, and so forth. you will get to know about of all of these things once you check filler episodes in Naruto Shippuden series.

The series has been illustrated by Masashi Kishimoto. The series was finally serialized in the magazine of Shueisha, called the Weekly Shonen Jump. Eventually, the manga got adopted by Aniplex and Pierrot to be made into an anime.

Soon, it garnered such a huge fan base and popularity that Cartoon Network and Disney XD started to air it in English as well! The series is loved by all worldwide and is a must-watch. To be honest, you’re not an otaku if you haven’t watched this series!

It is the fourth best selling manga in history (whoosh!) and has sold over 250 million copies globally, to date. It also became Viz-Media’s most sought after manga series, and it’s English counterparts appeared on USA Today and The New York Times. It garnered huge critical acclamation, thanks to its well-developed fight scenes and emotional storyline. It’s an evergreen manga, that’s bound to make you fall in love with it.

Read: Index of Rick and Morty anime series season 1 to 4

1. How Many Filler Episodes Are In Naruto Shippuden Series?

Out of the total, 500 episodes of Naruto Shippuden were telecasted there are a total of 205 episodes of uncovered Shippuden filler list is there for you. Naruto Shippuden series has high filler episodes of 41% compared to other comic series. this Set over two years after the fleeing of Sasuke Uchiha role, Shippuden continues to play where Naruto left it.

We have mentioned Naruto Shippuden filler episodes to Skip watching online in 2020 below. other than these there are many other filler episodes you can skip to watch and to know which you need to read this whole article now.

3. How Many Non-filler Episodes Of Naruto Shippuden Are There?

Naruto Shippuden filler arcs can sometimes be annoying, as they don’t entail the main plot point. However, that doesn’t mean that they are necessarily ‘boring’, or not ‘good enough’. Some of them have nice backstories or some side character’s development. If you want to skip a filler episode, you can do so without any worries. You can always come back and watch the filler episodes again we anyway have a sorted list prepared for you!

The main reason why you should watch this series is that it teaches you a few important lessons. The first being Never gives up*.* Naruto was outcast by the village, looked down upon by his peers and picked on by his fellow mates. Instead of losing it all and eventually giving up, he decided to rise above all and lead the village. So watch this series, and next time you feel like you don’t belong to the ‘pack’ and you need to leave, get up, dust your knees, and resolve to lead the pack instead.

It’s like a bottle of energy that you get to drink with your eyes. You watch this series and you feel energized, motivated, wanting to do something about your life too. It teaches you how you should never give up on your friends, even when your own life is at stake. It tells you that ultimately, it’s the goal you’re working towards that matters, and hatred has only waged wars, and never for good reasons.

It’s one of the best and well-connected plots ever, with the anime touching a million hearts when it ends. There’s an upcoming sequel to it though, which entails Naruto’s son, Boruto’s journey. You might want to check that out when you’re done with this one. from now onwards you will never search for the list of Naruto Shippuden fillers online after reading this article.

The information provided here is only meant for educational purposes. We do not intend to promote online websites that are using pirated content to stream. Our objective is to inform and bestow people with basic knowledge. we have only provided the links of the websites to download or listen to music online.

Accessing the pirated content in any form is against the law, and this article is not meant to advocate or encourage it. Piracy is an online offence and can steep fines or imprisonment. We don’t claim any content that is shared on this page as ours. we are just providing the information that you need.