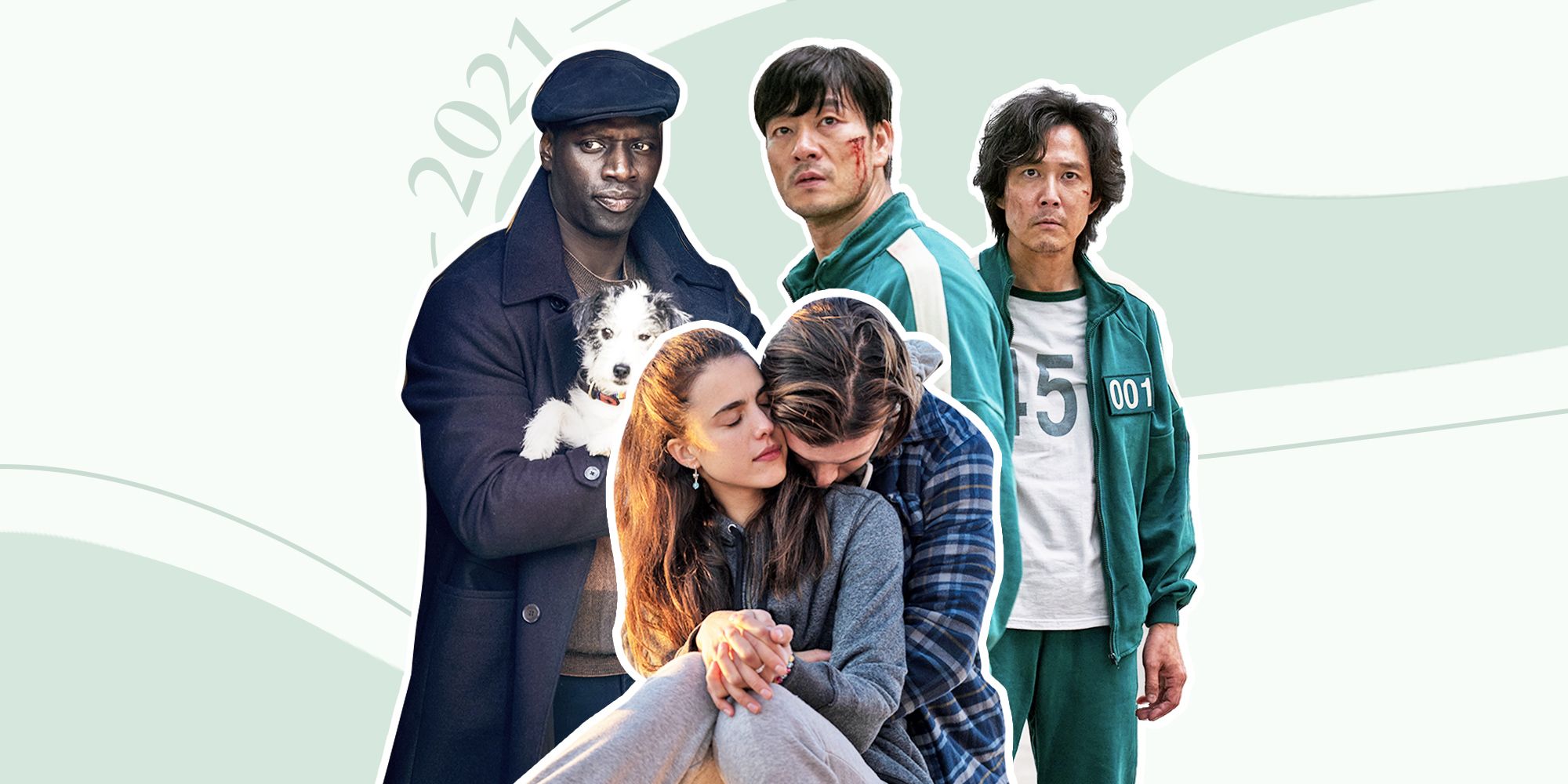 Netflix has had another historic year, with many of us enjoying their vast list of binge-worthy episodes and blockbuster blockbusters available only on the streaming site. While Netflix has been immensely popular for almost a decade, the usefulness of being able to access hundreds of hours of entertainment at the push of a button.

If you haven’t decided what to watch yet then don't spend all night browsing; instead, take a look at our list of Netflix Series 2021 most viewed shows this year and see which one piques your interest.

This list of addicting top 11 Netflix series 2021 is not arranged in any particular order.

Lupin (Omar Sy) is a thriller that follows elegant gentleman thief Assane Diop (Omar Sy) as he strives to uncover the wrongdoing of a rich Parisien benefactor and, in doing so, redeems his late father's good name. The classic heist series is action-packed and exciting, but also intelligent and emotional. Seasons one and two are now available to watch online.

Maid, based on Stephanie Land's memoir Maid: Hard Work, Low Pay, and a Woman's Will to Survive, is about a young mother trying to escape an abusive relationship while providing for her kid by finding a job cleaning houses.

The K-drama has grabbed the internet – and the globe – by storm, becoming the first Korean drama to top Netflix in the United States. Squid Game depicts a group of people who are struggling financially who are asked to compete in a secret survival tournament with a large monetary reward. They must play in a series of conventional games with lethal twists, risking their lives for 45.6 billion won (about $38 million). You'll be addicted once you start.

A young man returns to his lonely birthplace of Crockett Island in the hope of rebuilding his life following a four-year jail sentence for murder in a drunk-driving accident. He arrives concurrently with a strange, charismatic new priest who begins reviving the town's waning religion. However, the priest's actions quickly worsen the community's tensions, as inexplicable happenings strike the little village.

When The Queen's Gambit debuted, it quickly became Netflix's most-watched limited series. The drama, about an aspiring chess champion portrayed by Anya Taylor-Joy, may have a little dull concept (who wants to watch hour-long chess episodes?) Nonetheless, the series is engrossing. Not only that, but this series about one of the slowest board games ever developed is one of the greatest Netflix shows you can watch, thanks to an anchoring lead performance and a lovable supporting cast. Checkmate!

You've seen period pieces before, but never like this. Bridgerton, a flirtatious, feisty Netflix sitcom centred on the Bridgerton family, comes from super-producer Shonda Rhimes. Daphne, one of the daughters, is of marriageable age and ends up 'pretending' to fall in love with one of England's most eligible bachelors only to get everyone off her back. Of course, things do not always go as planned.

Yes, it's a scandalous yet emotional love tale with colorblind casting, taught relationships, and a lot of bonking - and we mean a lot of bonking. It's no surprise that it's swiftly become one of Netflix's most-watched series.

Sweet Tooth, produced in part by Robert Downey Jr. and based on Jeff Lemire's work of the same name, is a fantasy journey into the post-apocalyptic world where "The Sick" has taken out nearly everyone and the children being born? Half-human, half-animal. The "hybrids" are wiped out in a mass evacuation, but a few survivors survive. Gus, or Sweet Tooth, is followed in this narrative as he attempts to reach a safe haven in Colorado.

This latest Netflix version of the fantasy book series will not disappoint its die-hard followers. Shadow & Bone generally does the Grishaverse justice, following orphan mapmaker Alina Starkov as she finds her powers—which generate tremendous allies and adversaries alike—in war-torn Ravka. Non-book enthusiasts may find the series a little difficult to follow, but isn't that what fantasy worlds are all about?

The third season of the British comedy-drama Sex Education was highly anticipated this year, and it did not disappoint. Laurie Nunn developed the Netflix television series. The series explores the lives of students, faculty, and parents as they deal with numerous issues, many of which are connected to sexual intimacy.

Hellbound is another Netflix success, despite the fact that it was only released in November. It is based on a myth about otherworldly entities that emerge out of nowhere to make a decree and send people to hell.

Based on the League of Legends video game property, it has taken the most-watched slot on Netflix in 37 countries and has received a perfect score on Rotten Tomatoes' iconic Tomatometer, making it Netflix's highest-rated Original series of all time.

In coming year Netflix is bringing more diverse series with having world-wide fan-following including: The Sandman and Resident Evil; new stories that delve into centuries-old sagas like Vikings: Valhalla and The Witcher: Blood Origin; returning favorites like Stranger Things 4, The Umbrella Academy Season 3, Alice in Borderland Season 2, Locke & Key Season 3, and Raising Dion Season 2; and animated genre event series like Cyberpunk: Edgerunners, Magic: The Gathering, and Army of the Dead.