The NVIDIA RTX A4000 16GB Mining Hashrate Review- This Card Is Stupendous! 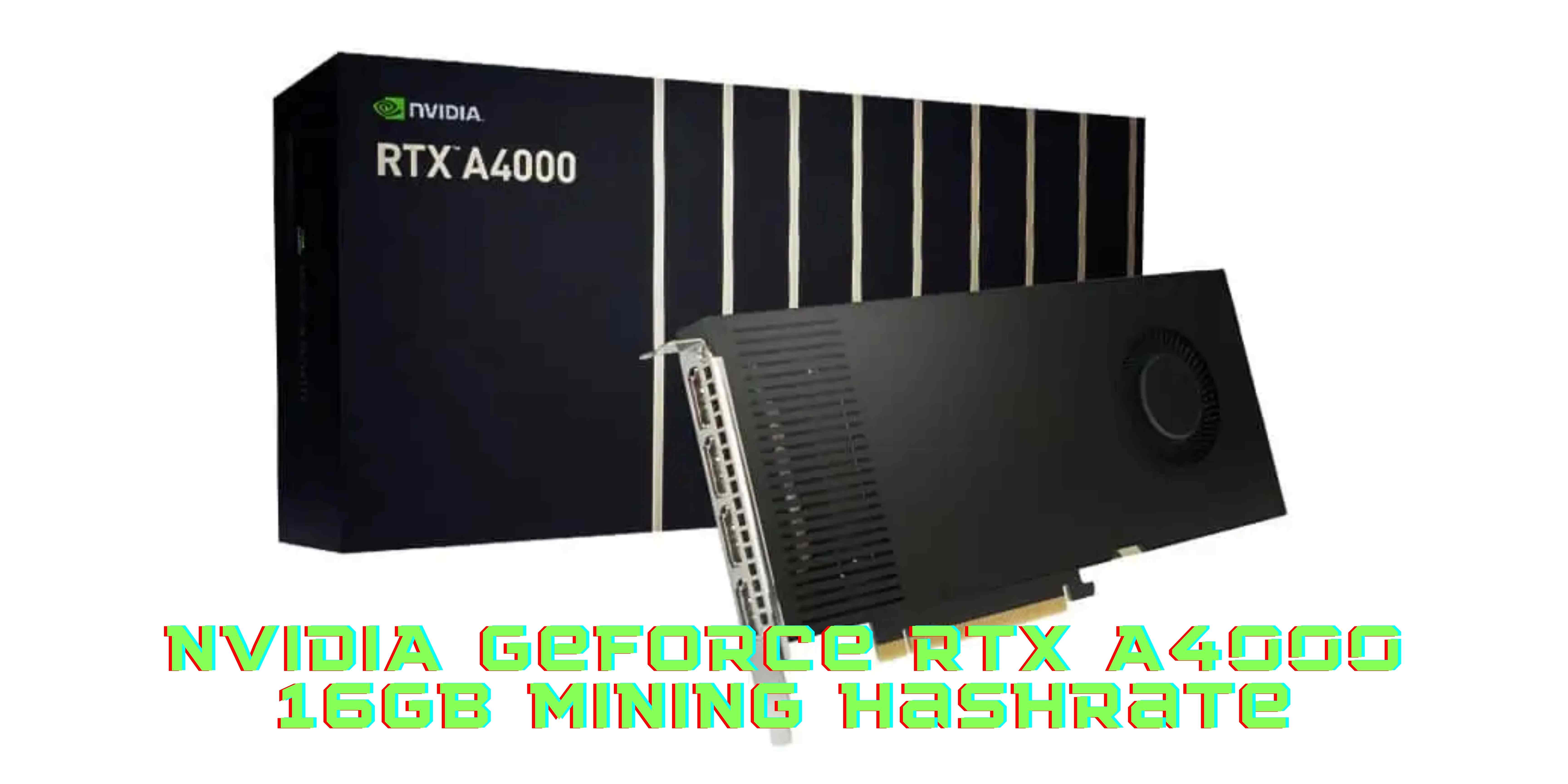 After being unveiled on April 12th, 2021, the NVIDIA RTX A4000 will be one of several professional workstation-class graphics cards that are suitable for single-slot mining rigs because it is built on a GA104 silicon chip and therefore close to the GTX 3080 in terms of performance.

If you want to know more about the NVIDIA RTX A4000 48GB mining hasrate, specs, and overclock settings, continue reading.

Specifications Of The NVIDIA RTX A4000 48GB

Mining Hashrate Of The NVIDIA RTX A4000 16GB For Every Algorithm

As of today, the card is less expensive than the RTX 3070, making it a much more appealing option for those looking to mine. Aside from the fact that the card can't be used, the only issue is that it won't be able to be sold once mining ends.

You can, however, use a dedicated mining card without any problems. The card's energy consumption is quite low. On the Ethash algorithm, the NVIDIA RTX A4000's hash rate may achieve 59.11 MH/s, which is enough to make you $3.15 every day with 125 watts of power usage for mining Ethereum (ETH).