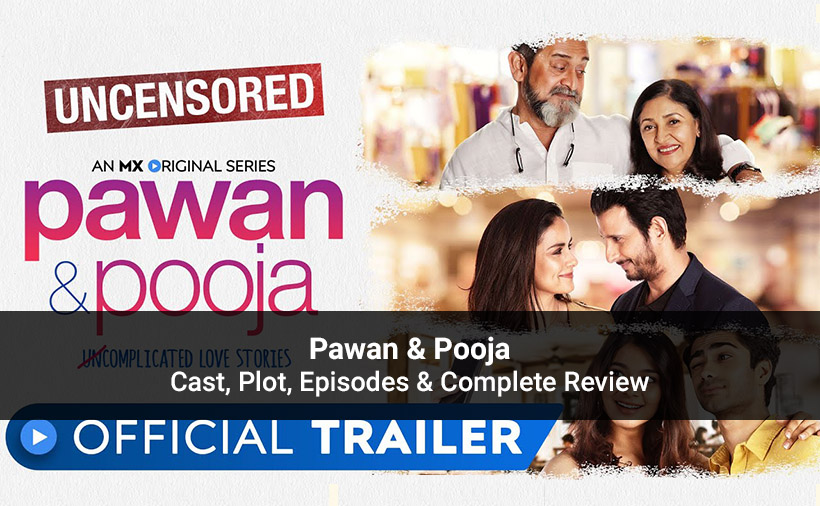 MX Player is a leading OTT platform that has collaborated with some of the best actors, actresses of the Bollywood Industry to present whole new fresh and original shows. One such prominent MX Player original series is “Pawan and Pooja” which has some famous Bollywood faces like Sharman Joshi, Gulpanag, Mahesh Manjarekar, etc. Directed by a popular director Siddharth P Malhotra, this web series came on 14th Feb 2019. Siddharth P Malhotra, who is known for their famous movies Hichki and We are the Family, collaborated with Director Ajay Bhuyan and Shahid Ali for this web series. 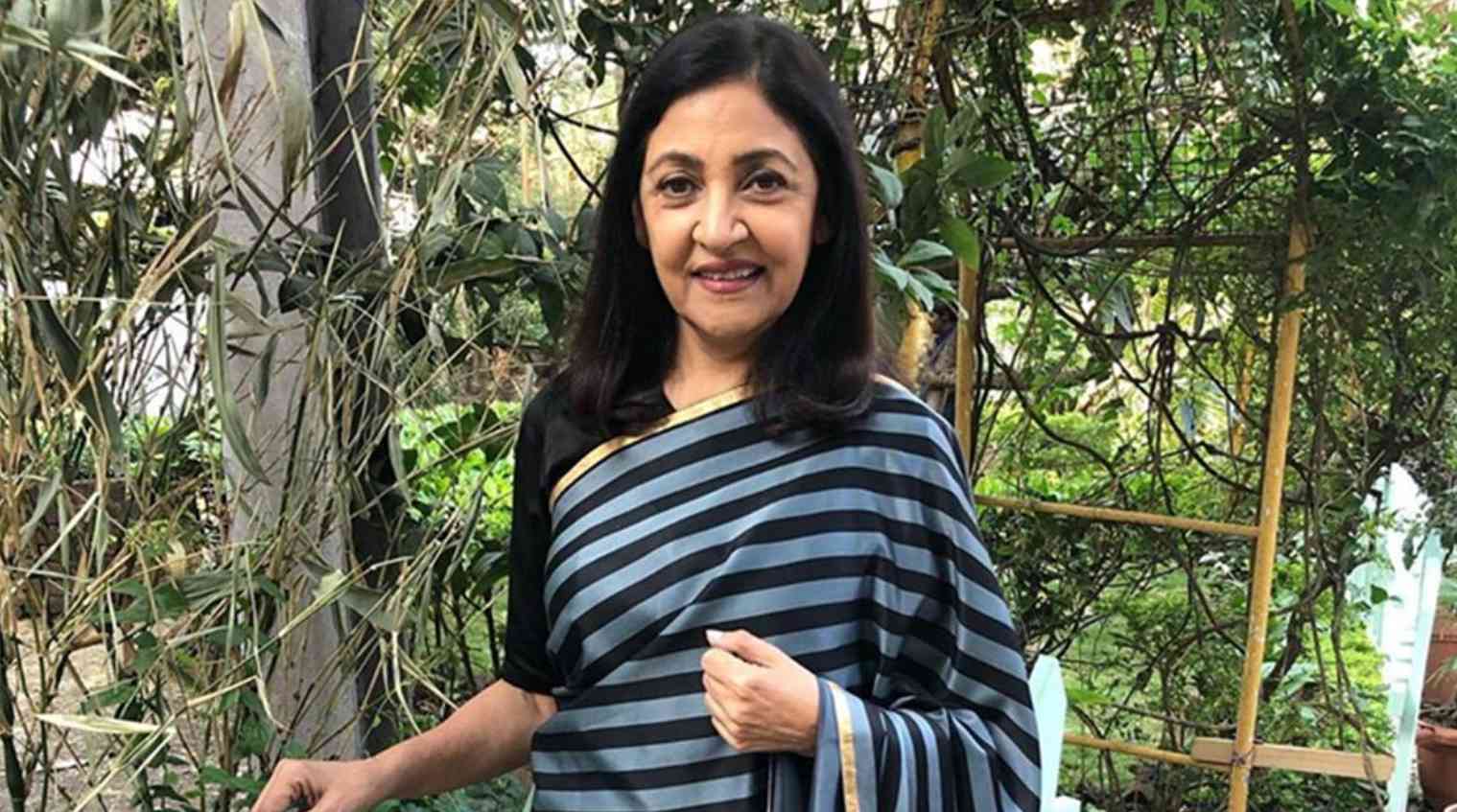 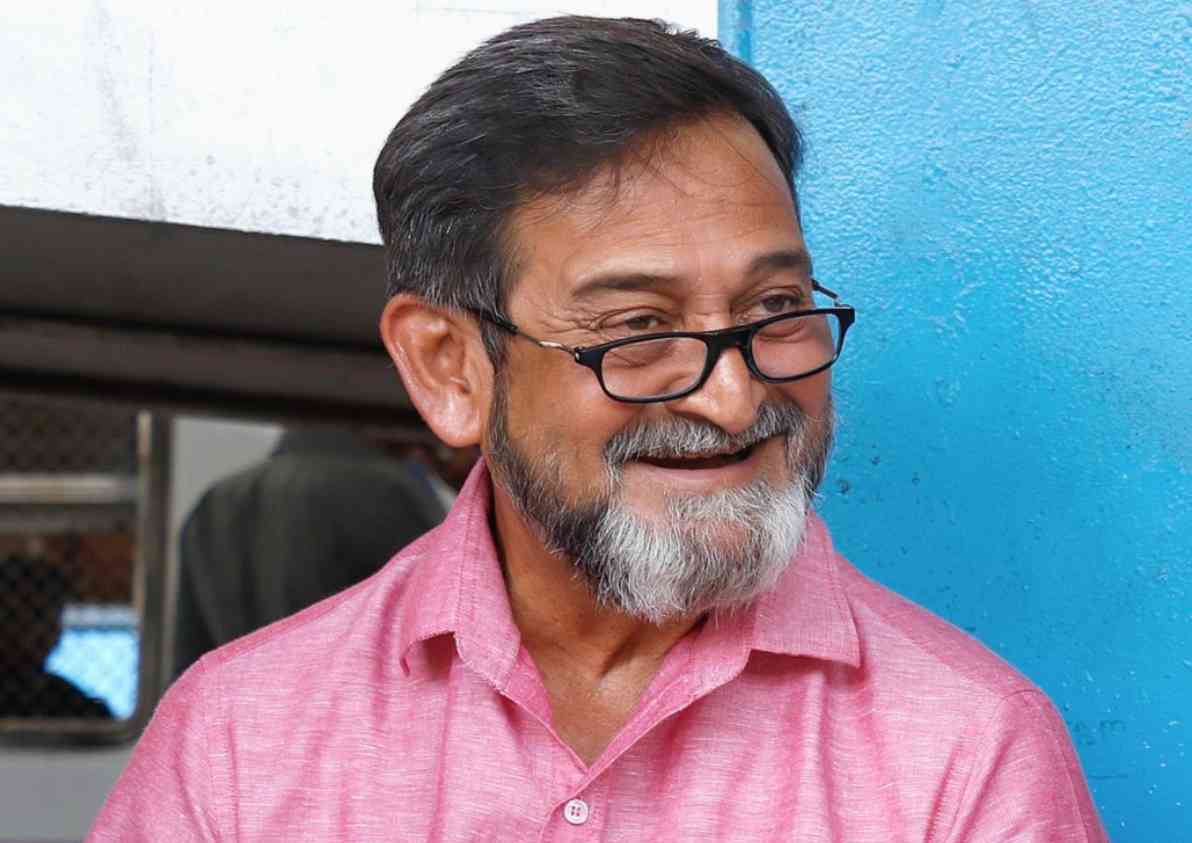 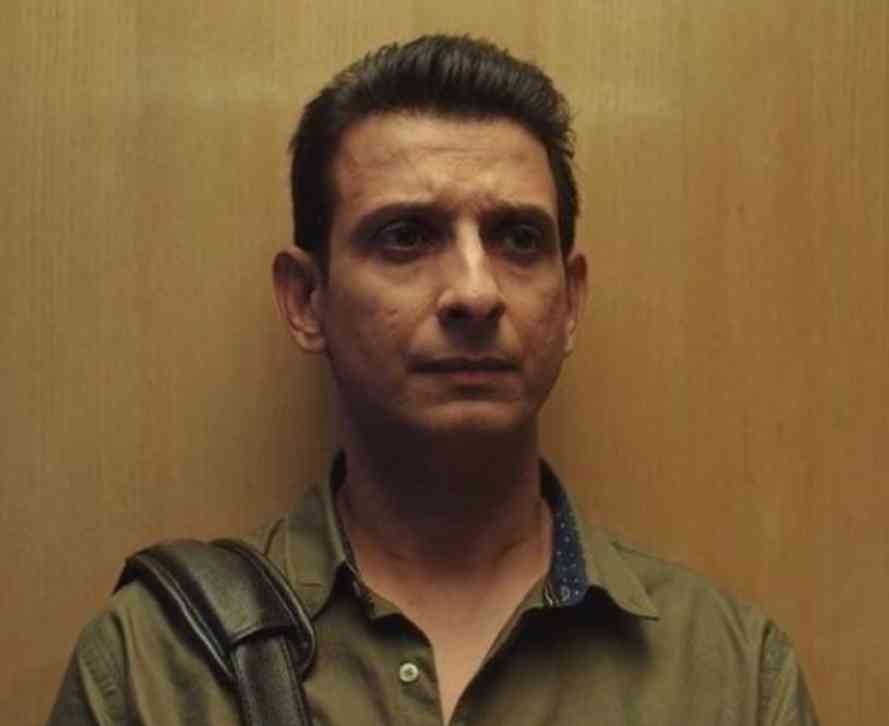 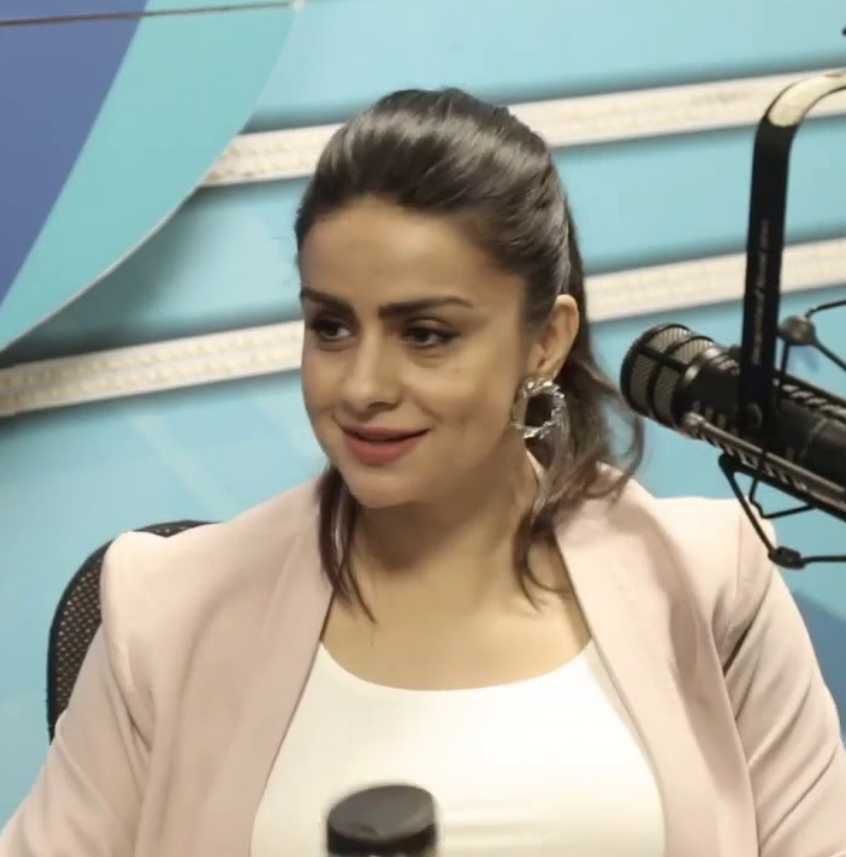 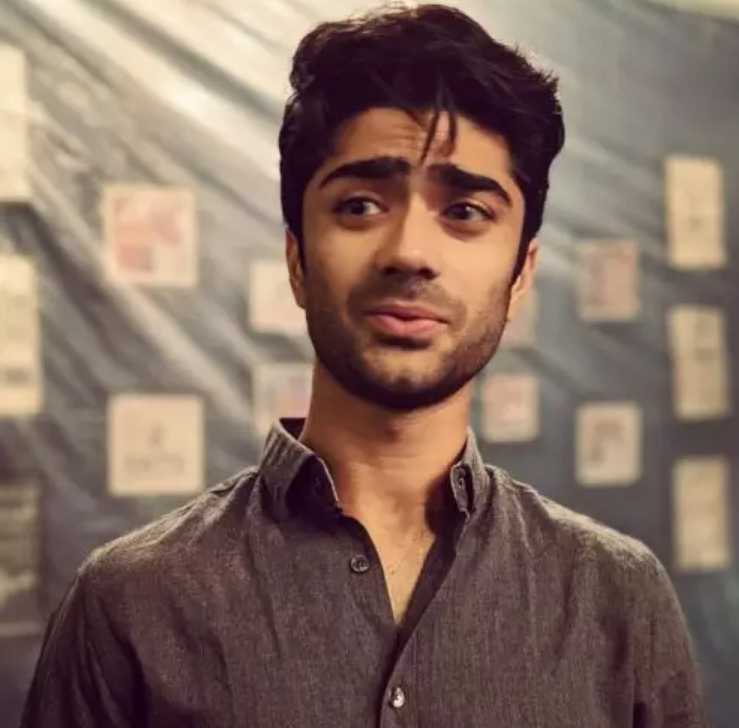 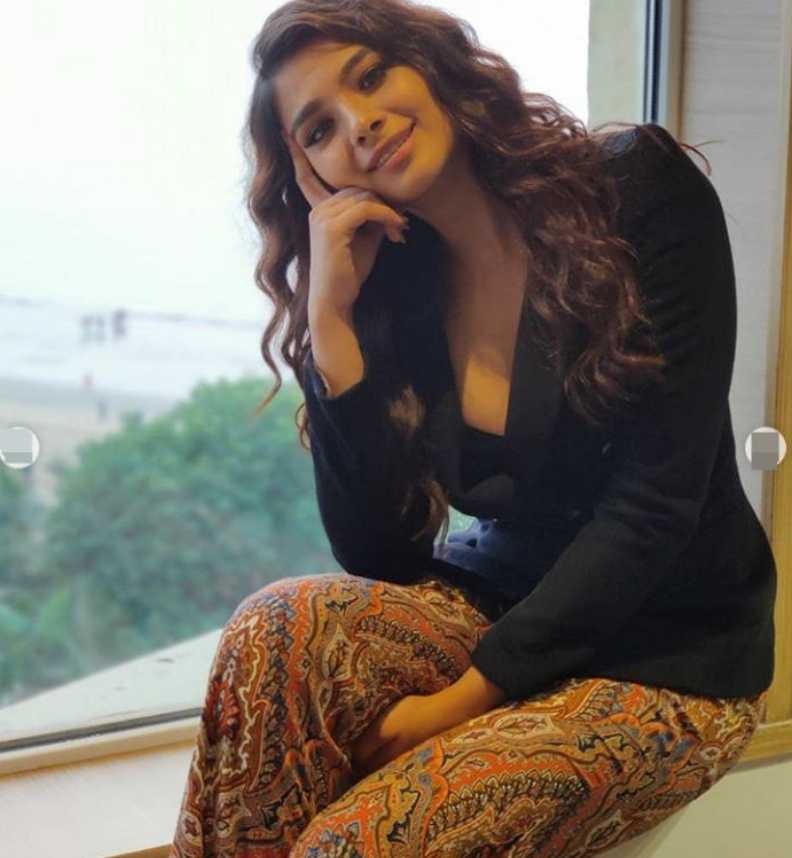 Made up with so many known Bollywood faces, Pawan and Pooja is a high budget Romantic Drama web series based on true love. True love which we all need in our lives, and once we get it, it changes the meaning of our life. People say true love is unforgettable, unconditional and unbreakable. But what if your love is questionable and conditional? Will you call it a True Love? Addressing all these questions, Pooja and Pawan web series is about the lives of 3 couples coincidentally having the same name “Pooja and Pawan.” All these three couples are at different stages of their life and realize that their love is questionable and conditional. Every couple has different aspects and beliefs about true love. But will they be able to find their true love? 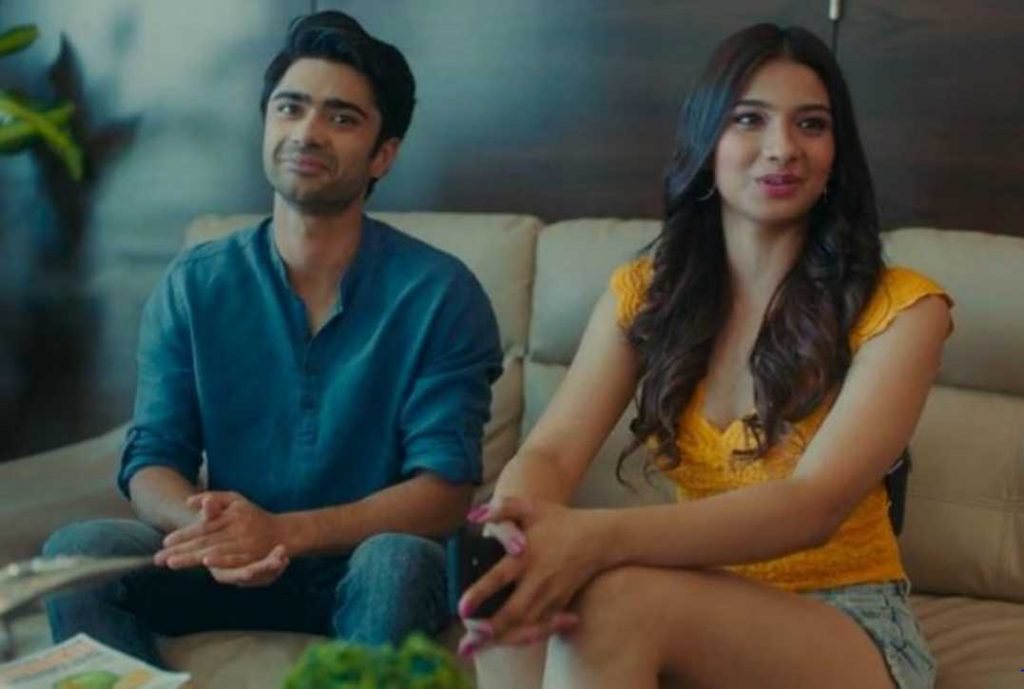 let’s look at what happens in each episode (No spoiler will be revealed!)

The web series starts with the introduction of all three couples: Pawan Kalra and Pooja Kalra, a middle-class loving couple in their 60s, Pawan Mehra and Pooja Mehra, a Bollywood connected couple in their 40s, and Pawan Shrivastav and Pooja Maheshwari, in their 20s. All the couples meet with each other during a Bollywood Party hosted by Pawan Kalra’s Best friend. What turn will their lives take after meeting with each other? How will their life change after this party?

After that Party, Pawan Kalra gets the shocking news of the sudden death of his best friend. This news made him think about his life and how unpredictable it can be. He then decides to make a list of things with the help of his wife, which he wants to accomplish, so there will be no regrets.

On the other end, Pawan and Pooja Mehra forced to think about their complicated married life after that party. They start comparing it with other couples. While Pawan gets busy in his work, Pooja Mehra decides to make their married life happening again and suggests Pawan that they should swing with other couples. While these two couples are working on their married life & aims, Pawan Shrivastav and Pooja Maheshwari hired for the reality show, for which they have to live-in together.

Pawan and Pooja Kalra start making their “No Regret” list in the best possible funny way. While making a list, both start thinking about their past and the mistakes they made in their past. On the other side, Pawan and Pooja Mehra called by their child’s school for a PTA meeting where they have to face embarrassment due to their child’s bad performance. Angry Pooja lashes out on her husband, after which Pawan Mehra ends up cheating on his wife. What will happen when Pooja Mehra comes to know about this?

During their live-in, Pawan Shrivastav and Pooja Maheshwari come close to each other and Pooja realizes that Pawan is very close to his family. This makes her realize about the lack of this bonding with her family. Will she confront her family?

Episode 4: Who Do You Love?

While working on their “No Regrets” list, the couple ended with fulfilling one of the Pooja’s wishes and decided to take a road trip to Sula Vineyards. What will the couple witness during their road trip? Meanwhile, Pawan Mehra confronts her wife about swinging with another girl, and then the couple actively starts looking for other sexual partners compatible with them. Will their swinging improve their married life? 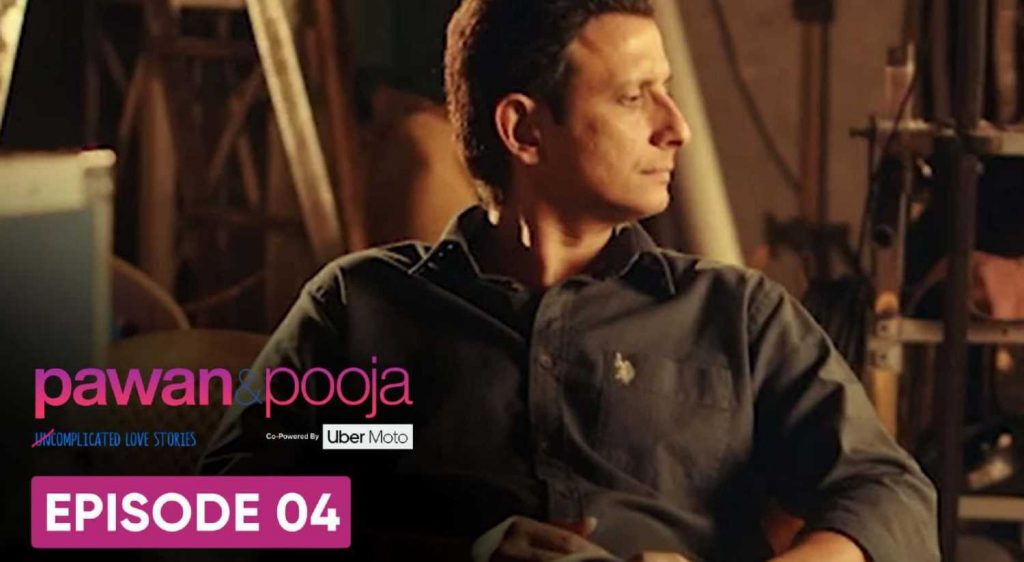 Meanwhile, after living together in a live-in, Pooja Maheshwari and Pawan Shrivastav become intimate with each other and Pawan loses his virginity to Pooja. But a shocking truth about Pooja was waiting for him. What is that shocking truth, and how will it affect their relationship?

After reaching Sula Vineyards to fulfil his wife’s wish, Pawan Kalra introduced her to the young lady manager “Mehak” of Sula Vineyards. There, Pooja Kalra learns a shocking truth about “Mehak”. What is that truth, and how will it affect their married life?

On the other side, Pooja Mehra gets bored after swinging so many partners and realizes that their married life is perfect and apologises to Pawan Mehra for this swinging idea. Will Pawan forgive her and give their relationship a new chance?

Meanwhile, Pawan Shrivastav and Pooja Maheshwari learns the truth about their director and make a plan to con him. Will they be successful in their plan?

In this episode, Pooja Kalra meets her sister “Neerja”, and she warns Pooja to stay away from Mehak as the consequences will be really bad. Will Pooja step back after her meeting with her sister?

Meanwhile, Pawan Mehra is shocked after witnessing that one of his friends has been exposed to the public for swinging. Will Pawan rethink about his actions after this scandal?

On the other side, Pooja Maheshwari was having a tough time with her family, and Pawan Shrivastav stands for her. He confronts her family and expects that Pooja will appreciate his act. But soon he realises that she lives for social media only and give value to only those acts which are live on social media. Will this truth affect his feelings for her?

Pawan Kalra plans a prank for her wife with the help of his best friend, Raj. As a part of the prank, an unexpected guest arrives at their home. But Pooja gets upset to see the guest. Will Pooja be able to stand against the guest? Will there be some shocking truths revealed? How will Kalras handle this situation? 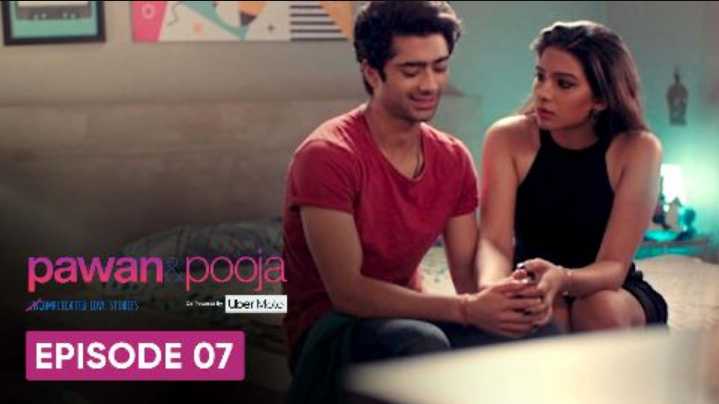 Meanwhile, The Mehras get into a nasty argument with each other and confess their true feelings about each other. They face the reality of their troubled married life. Will they be able to give each other a second chance or will it be the end of their relationship?

An unexpected twist comes in the life of Pooja Maheshwari and Pawan Shrivastav’s life when their director brings Raool, the ex-boyfriend of Pooja into their lives and asks him to live with both of them in the same house. Obviously, Pawan doesn’t like his presence, but will he tell Pooja about it to Pooja?

Episode 8: Once A Cheater

Pooja Kalra feels uncomfortable from the presence of Mehak in her home. Things get more complicated when her husband asks Mehak to stay with them at night. Will Pooja be able to handle the closeness between her husband and Mehak?

Meanwhile, after knowing what they feel for each other, Pawan Mehra asks for a second chance to Pooja. But things got worse after their trip to Kamini’s house. Will it be an end of their relationship?

On the order of the director, Raool agrees to stay with Pooja and Pawan, but Pawan got uncomfortable from their closeness and confronts Pooja about her feelings for Raool? What will be Pooja’s Reply?

Mehak finally leaves the Kalra House, and Pooja Kalra confesses to Pawan about her feelings about Regret List. Shre rejects Pawan’s requests from the Regret list, and the couple got into an argument. Meanwhile, Pawan Mehra’s father requests Pooja to give their marriage a second chance. Will she think about it?

In the last episode of the web series Pawan & Pooja, Mehak and Raj search for missing Pawan. In the middle of their search, they come to know that someone named Pawan has committed suicide. How will Pooja receive this news? And Who is that Pawan?

How To Download Pawan & Pooja Web Series For Offline Watch?

Step 1) There are certain things to consider to download Pawan and Pooja web series that’s available on the MX Player platform. The first step to perform is to download the MX Player app from Play Store for Android and from App Store for iOS devices.

Step 2) If you want to watch online Pawan & Pooja web series on your PC then you will need to download the Android Emulator software like Andy.

Step 3) Once you’re ready with the app, all you need is to open it.

Step 6) The search result will appear with Pawan and Pooja web series details and episodes. Click on the first episode. You can watch online the whole season right there or you can choose to download the Pawan & Pooja web series.

Step 7) Check if your connection is strong and enough storage space is available or not. If both are okay, feel free to hit the download offline button and that way you can download the Pawan and Pooja web series. You can later watch it anywhere without access to the internet.

Note: People also use piracy websites like Moviezwap, BollyShare, OkPunjab and more to download the latest web series and movies for offline watching. You should know that it’s cybercrime and is prohibited.

Made with so many emotions, this web series will hook you till the last. The direction is beautifully done, and every story feels so real. The acting of every character is fabulous in this web series. After watching this web series, you will realize that it is always the small things that matter in any relationship and keeps it long-lasting. If you are a fan of love stories and drama series, then it is a perfect web series for you to watch. It is available for free on MX player and Youtube. Binge Watch and Chill!

FAQs Regarding Pawn And Pooja Web Series On MX Player

1. Where Can I Watch Pawan & Pooja Web Series?

The series is available to stream on the MX Player app. One can start watching it within seconds. If you want to download it for offline watching, read this article.

2. What Are The Real Names Of The Characters In Pawan & Pooja Web Series?

The cast and crew include the names of Sharman Joshi, Natasha Bhardwaj, Deepti Naval, Gul Panag and more. Check at the Cast & Crew section in the article.

3. How Can I Download The Pawan And Pooja Web Series?

In order to download the Pawan & Pooja web series, one needs to follow two methods mentioned in the article.

We do not promote any piracy through this article. The purpose of this article is to just provide information about the site. Piracy, under any circumstances, is illegal and watching movies through such pirated and illegal sites is always punishable. It requires a lot of hard work and a tremendous amount of money to develop a movie. Piracy and distribution of content without copyright is illegal.