Pragmatic Play Has Launched Its Bingo Content With Bet365 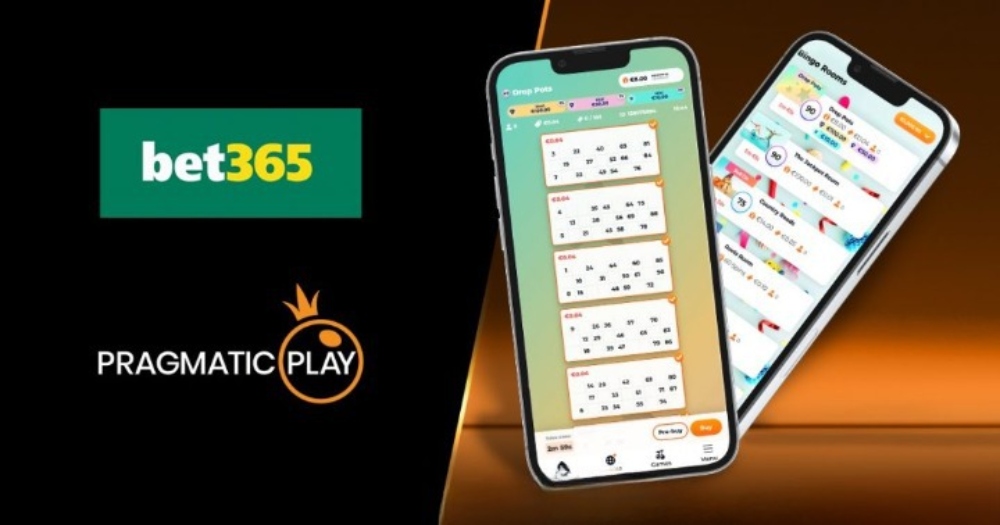 Pragmatic Play has launched its bingo content with Bet365, extending the two companies' existing collaboration. Pragmatic Play worked with bet365 in May 2022 to give the online gambling company access to its library of slot games. The company is now adding bingo to this agreement.

Pragmatic Play And Bet365 Are Already Working Together

Pragmatic Play has launched its bingo content with Bet365. The first focus of this new deal between bet365 and Pragmatic Play will be on the United Kingdom. However, the deal is likely to expand internationally in the near future, as both companies have said they are willing to do so.

Pragmatic Play is deploying classic titles like 90-ball and 75-ball bingo, as well as other innovative content options like Pumpkin Blast and Drops Pots, as well as Diamond Dazzle and others.

The supplier is especially happy to grow with bet365 because it is one of the most well-known operators in the business and gives Pragmatic Play's products a lot of exposure.

Claire McDaid, Pragmatic Play's VP of Bingo, welcomed the new opportunity and praised the opportunity to deploy the bingo product with bet365.

McDaid described the partnership as a significant milestone, and he was delighted to see bet365 join the Pragmatic Play Bingo network. She continued, saying:

Now proudly supplying both Slots and Bingo to one of the most well-known names in the industry is a significant boost to our standing as a multi-vertical provider. The opportunity to expose our games to a large number of new players is a huge boost to our global expansion plans, and we couldn't be happier.

In a similar vein, Bet365 welcomed the opportunity, stating that Pragmatic Play was a household name that needed little introduction. According to the company, Pragmatic's bingo content will be exactly what players require.

Pragmatic Play, on the other hand, keeps up a steady rate of production, putting out a number of games each month.

Meanwhile, Pragmatic Play only recently released the "Keeping It Reel Slot" on Monday (October 24, 2022). The company has been producing seven slots per month and plans to increase production. Pragmatic Play's headquarters in Malta were recently expanded as well.

Let's have a brief look at both companies.

Bet365 Group Ltd is a leading British online gambling company based in the United Kingdom. It was founded by Denise Coates, who remains the majority shareholder and joint-chief executive with her brother, John.

Pragmatic Play is an online casino game provider that specializes in slots and live dealer games. The company has been around since 2015, and its titles are desktop and mobile compatible, as well as available in dozens of languages.

You can pragmatic play apk from apkpure, apkcombo, apksos, etc.

How Many Slots Does Pragmatic Play Have?

Pragmatic Play casino game portfolio is at the heart of its product offering. Its games are second to none, with a portfolio of 150 slots and table games. The games are designed and built to provide players with a fully immersive experience.

Where Is Pragmatic Play Allowed?

The Malta Gaming Authority, the United Kingdom, Malta, Italy, Romania, The Bahamas, Curacao, and Pagcor all have licenses for Pragmatic Play software.

What Is Pragmatic Play?

Pragmatic Play is a top iGaming content provider that makes games that are new, regulated, and focused on mobile.

Pragmatic Play has launched its bingo content with Bet365. Following an agreement to provide the operator with its slot portfolio, Pragmatic Play's bingo product has now gone live in the UK and Bet365's global market, with additional markets to follow in the near future.