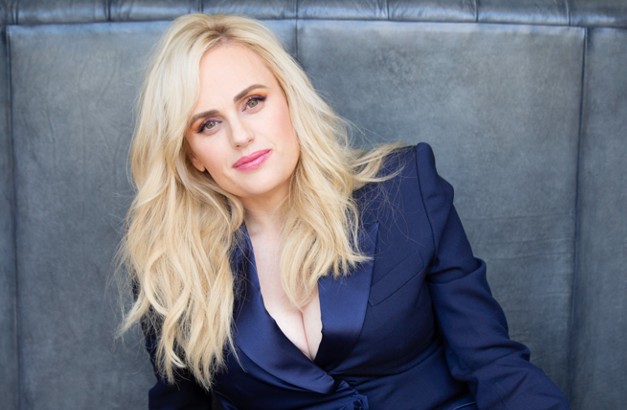 "Whatever you want, make it happen" we can describe Rebel Wilson's journey in Hollywood in these 6 words. She managed to climb up to the stage she's standing now through sweats and hard work. These days, Rebel Wilson is a hot name on Instagram because of her latest uploaded picture on the said streaming platform. After appreciating her charm and beauty, let's enjoy her outstanding roles in the films she's in. Here are the best Rebel Wilson movies just for you!

This was the first Hollywood film that Rebel Wilson belonged to. Although she originally auditioned as Megan and ended up in the role of Melissa McCarthy, she still made it as Brynn. We know that Rebel Wilson has the most quotable character in every film she's in. In the Bridesmaids, Wilson's lines are quotable and remarkable. Watch the trailer above to see more!

"Bridesmaids" is about a hapless single lady who discovers she is the maid of honor at her childhood friend's wedding. Despite the maid of honor's best efforts, things go awry in the days leading up to the wedding. Wilson as Brynn, the odd roommate of the maid of honor spices up the movie using her comedic skills. Numerous reviews wrote that this wedding comedy is a breath of fresh air and also a break from other heavy movies not only for its laughs but also for its celebration of female friendships. According to Manohla Dargis of the New York Times, "The film is astute on a number of points, notably the critical nature of female friendships. And it's refreshing to see so many actors occupying space while mocking anything other than other women."

This is probably the most iconic character of Rebel Wilson and that also made her more famous than before. She portrays the role of Amy also known as 'Fat Amy' as her character introduced herself.

Pitch Perfect is a musical comedy film in 2012. In this musical comedy, it's all about the bass, treble, and every voice range conceivable. A motley crew of college ladies forms an A cappella club in preparation for an international A cappella competition. Rebel portrays Fat Amy, a larger-than-life female acapella singer who is a member of the Bellas all-girl a cappella group. What Fat Amy lacks is her vocal ability (which she does not – she is fantastic and that is truly Rebel singing), she more than compensates for her confidence. The unique dynamic and atmosphere of a cappella groups drew critics' attention to this seemingly typical collegiate comedy.

This sequel begins with a bang, when Fat Amy flashes US President Barack Obama and the rest of the world during a performance at the Kennedy Space Center, dishonoring her group and resulting in their suspension from the World Championship A cappella event. In "Pitch Perfect 2," the cappella group learns that their national championship is being revoked and that they must compete in another competition to redeem themselves. Wilson branded her role as Fat Amy once again in this sequel.

Finally, after years of sweat and hard work, Rebel Wilson has landed her first lead role! While she excels in romantic comedy, where she plays a character who despises romance. Wilson played Natalie, a New York City-based architect who is knocked unconscious in "Isn't It Romantic."

When she regains consciousness, she discovers her life has devolved into a romantic comedy. The film earned positive reviews from critics and is widely regarded as one of the finer examples of the rom-com genre. Critics lauded this meta, humorous reimagining of classic romantic comedies, which retains the delight that many fans associate with the genre.

Rebel Wilson is indeed one of the hottest rising stars in Hollywood today. Her years of hard work have finally paid off as her talent is being recognized by a lot of people and artists. Wilson never fails to transform herself and make herself brand new to make people laugh. We can't wait to hear more from Rebel Wilson as her talent and skills are still growing. For now, here are the Rebel Wilson movies.