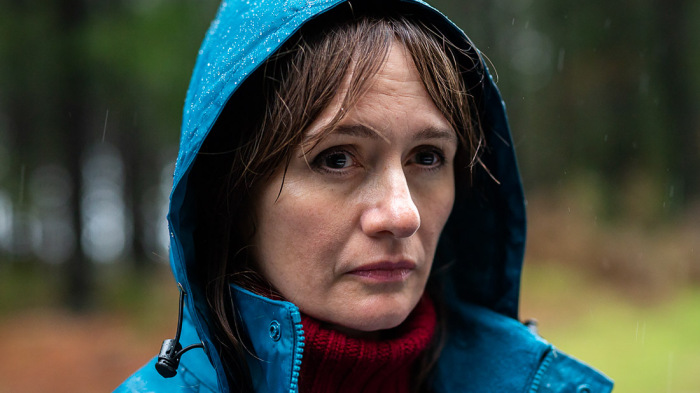 The terror, in Western Australian first-timer Natalie Erika James'”Relic” manifests in several ways. There are terrifying dreams that are equally portents of things to come along with concealed memories of traumas past. There’s plaster infested with creeping black mould and a scrabbling sound in the brickwork. There are lumps that blossom like rust across breastbones and strips of skin which shear from flesh that the feel of beef jerky beneath. However, in many ways that the film’s easiest conceit is its chilling and gives rise to the impressively scarifying filmmaking: A home may be direct metaphor for the brain of its inhabitant. When that inhabitant is gradually dropping herself to dementia, the home starts to fall in on itself, a labyrinth of dead ends, foreshortened hopeless geometries and doors which turn into strong walls supporting your back. If growing up is frequently portrayed as realizing that you can not go home again, at the mournful, profoundly creepy”Relic,” growing older is realizing that as house betrays you, you’ll never be able to escape from it.

The home is a cluttered older place set in a wooded countryside, along with its longtime resident is Edna (Robyn Neville), whose long white hair is a useful indicator of how collectively she’s — pinned back when she is her irascible, itself, loose and straggly when she has become obscure and disoriented. When she’s not seen for a little, the authorities call her daughter, Kay (Emily Mortimer), who pushes up from Melbourne with her daughter, Sam (Bella Heathcote). They discover a home empty of Edna but filled with Post-it notes bearing reminders which range from the commonplace, such as”take pills,” into the mysterious — such as”do not follow ” They organize search parties and also make police reports, but largely Sam and Kay only wait at the home, absentmindedly tidying up and poking gently through Edna’s items for hints, until one night that she only shows up .

For some period she looks nice, irritated to be treated as an invalid. But soon she begins to deteriorate, and Kay is faced with tough choices about her mum’s future whilst being bothered by nightmares and sounds which send her stung through darkened hallways through the night — a theme that’s somewhat overused, it needs to be said. DP Santorini Sarroff’s photography is mainly terrific, with individual, observant frames amassing mood and creating a bowl of sterile fruit resemble a still life in oils. In his thought, silent images, matters which are cheerful become threatening, such as the pulsing of colorful Christmas lights on a tree, and even twee flourishes, like Edna working in her candle artwork, become strangely sinister. However there are instances when peering into the dim, crepuscular lighting becomes somewhat annoying, when you begin to suspect that lots of the women’s stress may be dissipated using a few 100-watt lightbulbs. Coupled with Brian Reitzell’s rattling, glimmering, unnerving score, which occasionally warms up and overflows, sometimes James overplays her horror-movie hands and we detect that the contrivances.

Largely, however, this gifted debut writer-director has strange faith in her beds and storytelling its lurid excesses so profoundly in the drawn psychologies of her three celebrities it seems like it develops from these like a twisted tree. And here she is capably abetted from Mortimer, Heathcote and Neville’s amazing performances that draw on the intergenerational connections between grandmother, mother and daughter using lived-in subtlety and penetration. Sam’s interactions with her grandma are simpler, more sporty than people involving Edna and Kay, that possess the lengthier history together, and that appear to have been estranged lately. Kay is offhandedly dismayed by Sam’s lack of leadership; Sam, street-smart although she’s, also exudes that young religion that all broken is fixable. And double over, such as a heterosexual echo, we celebrate that the sad truism of the way in which a daughter can profoundly love her mother whilst at the same time despising or dreading the aging edition of her self that Mum signifies.

You can find parallels with the two”Hereditary” and”The Babadook” here — three movies are all female-fronted horrors deeply involved with motherhood, mostly confined to a haunted house, where the evil that lurks in the shadows is actually an allegory to get a strong state of emotional breakdown. But great as it is,”Relic” is not likely to be the breakout these 2 movies were, largely due to James’ laudably however divisively uncanny finish, when, following a showdown of sorts, the movie gets less explicable as opposed to more so. Not everyone will love the ambiguity of a climax which may be read as an uplifting act of pure and pure love or a gloomy capitulation to the malign forces of inevitable decline, but in any event,”art-house terror” has its own 2020 tidemark put high.