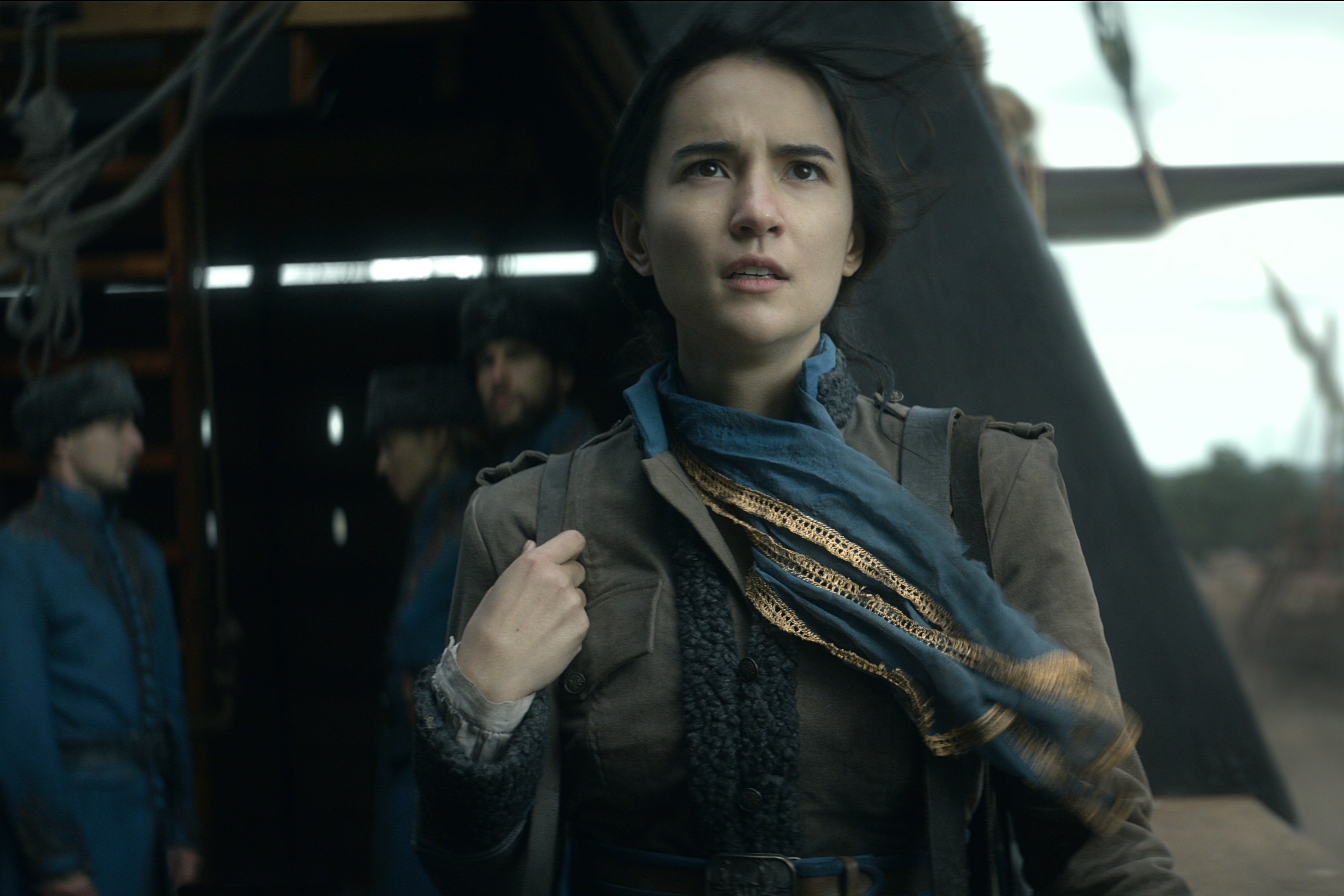 Shadow and Bone is an American fantasy streaming television series that aired on Netflix on April 23, 2021, and was created by Eric Heisserer. It is based on two series of books set in the Grishaverse by American novelist Leigh Bardugo: her trilogy, which begins with Shadow and Bone (2012), and the duology, which begins with Six of Crows (2015). The first season began on April 23, 2021, with all eight episodes adapting Shadow and Bone and a new plot involving the Crows. The series was revived for a second season in June 2021, consisting of eight episodes and adopting Siege and Storm (2013) as well as another unique tale involving the Crows.

Right here, we're breaking down all of the locales from Netflix's most popular Shadow and Bone Television Series. Find out about the must-see sites if you want to hang out with strong Grisha like Alina in Ravka or be a part of Kaz Brekker's group in Ketterdam, whether you're a lover of the novels, the show, or both.

The major parts of the Shadow and Bone Television Series were filmed at ORIGO Studios in Budapest, which is one of the biggest film studios in Europe, known for hosting big-budget productions such as “Blade Runner 2049” and “Atomic Blonde”. Now let’s get started to explore the main locations.

Here is the Shadow And Bone trailer and let's see if you can recognize the place we listed here. 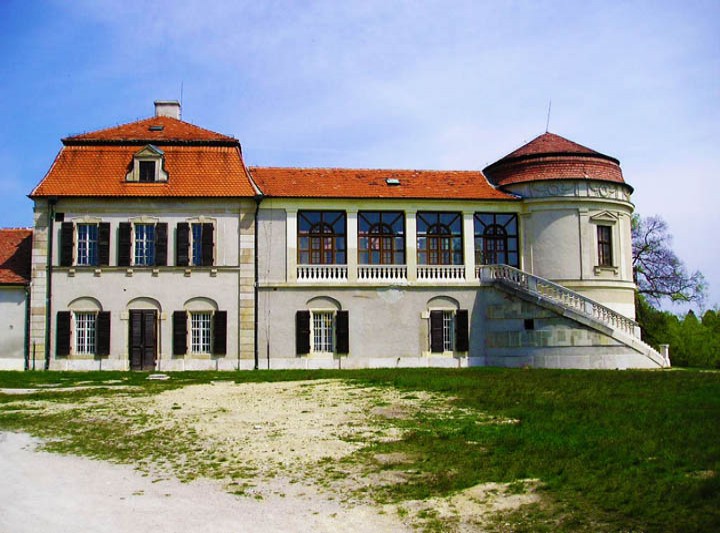 Amadé-Bajzáth-Pappenheim Castle on Shadow and Bone

The Keramzin orphanage scenes in "Shadow and Bone" were shot at Amadé Bajzáth-Pappenheim Castle in Iszkaszentgyörgy. This was the location where Alina and Mal grew up and hid in the grass to evade the Grisha evaluation in the series. 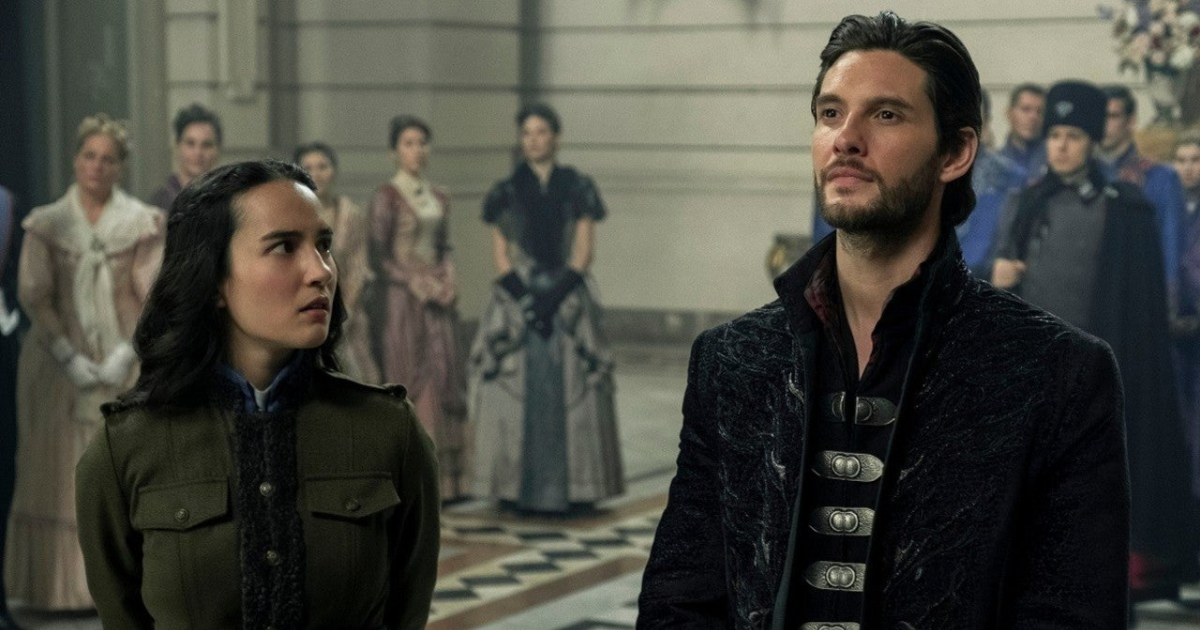 Jessica Mei li looking on a man with shock at Ethnographic Museum, Budapest

The audience with the King of Ravka at the Grand Palace was recorded in the Ethnographic Museum of Budapest's large hall. The courtyard of the Budapest Royal Palace may be seen in exterior shots, and its halls were also utilised in several sequences. Kirigan introduced Alina to the Tsar and Tsarina as the Sun Seer, and it was here that author Leigh Bardugo made her appearance. The only significant modification is the addition of a Ravkan emblem to the marble floor. 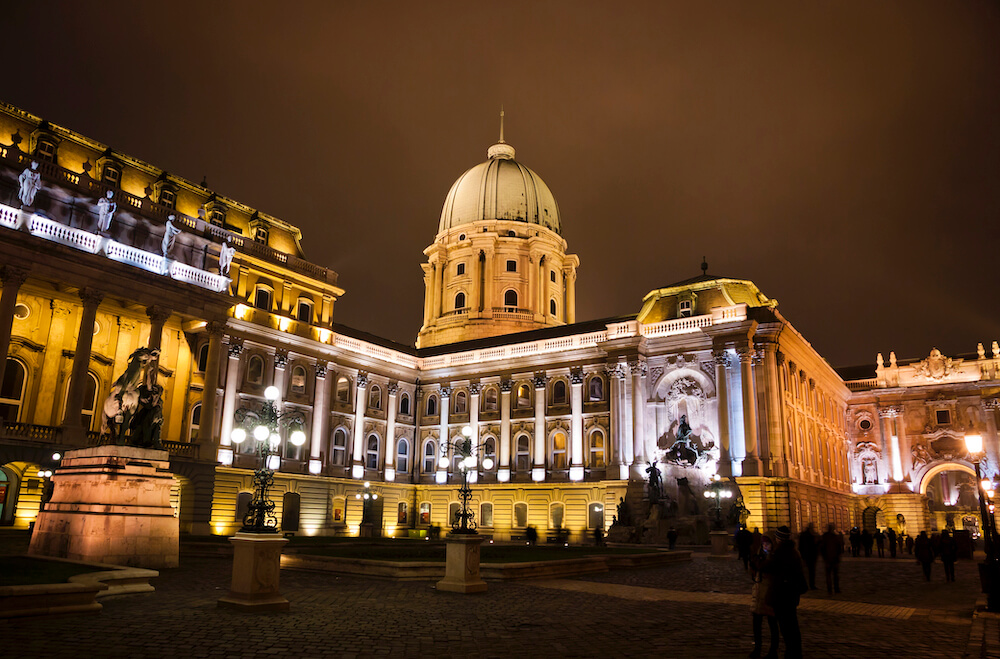 The Royal Palace of Buda Castle Lion’s Court at night

Several shots were shot in Budapest's famous Buda Castle. This is perhaps one of the most recognizable locations in the series, as it is well-known by many people and appears in all of its beauty. After crossing the Fold in episode four, the Dregs are seeking the blueprints of the Little Palace in order to steal them. Kaz impersonates a sculptor and uses this as a pretense to obtain the information of the gates from the archives, which Inej and Jesper subsequently break into.

Outside of Festetics Palace, Keszthely

Ravka's Second Army is headquartered at Os Alta's Little Palace, which is entirely made up of Grisha - with a few CGI turrets added to the palace's magnificent design. On the west shore of Lake Balaton, in the city of Keszthely. 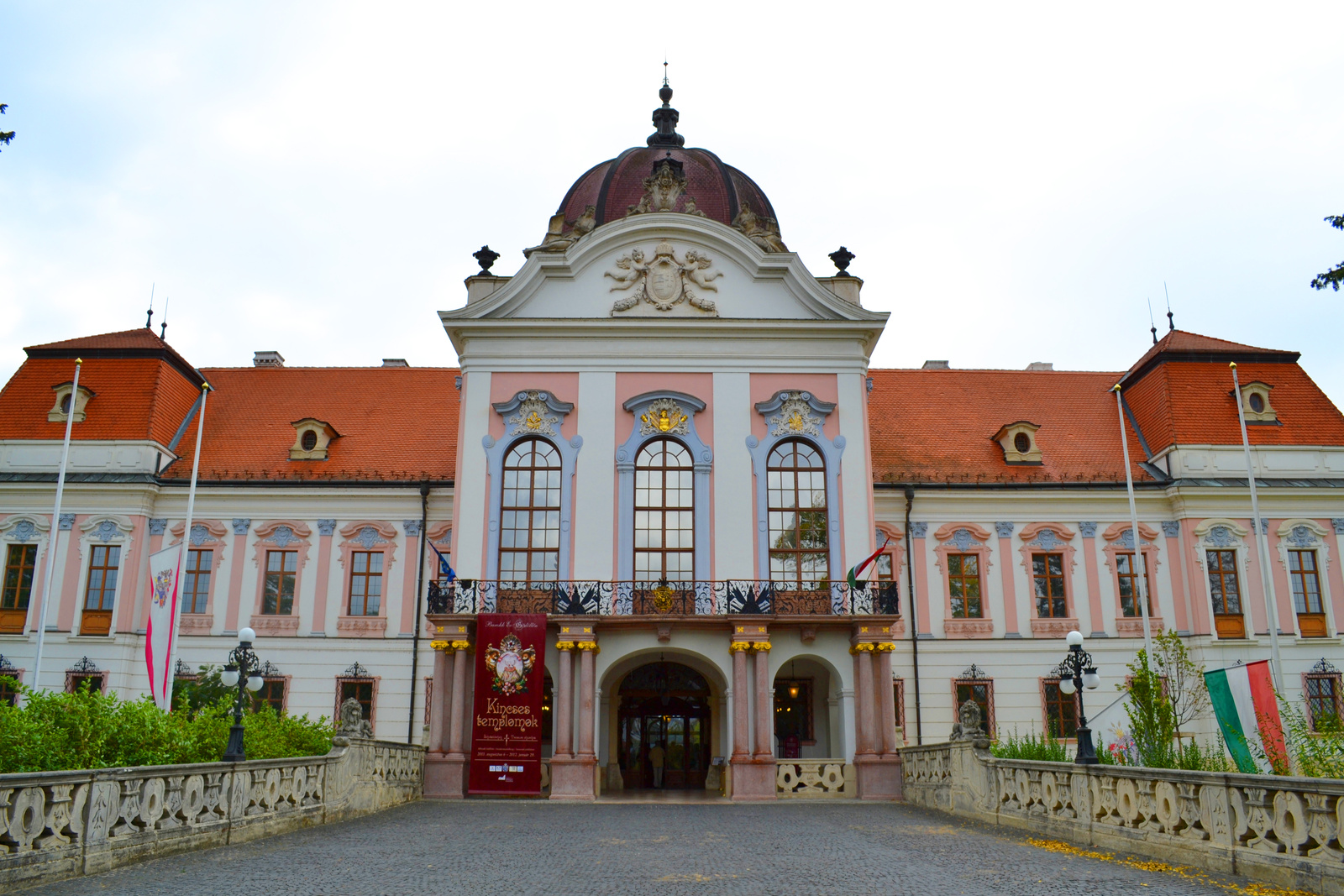 Outside of The Palace Church, Royal Palace of Gödöllő

The Little Palace's stables were given by the Royal Castle of Gödöll, Grassalkovich Palace. Jesper finds the groom he flirted with previously at this location in Episode 5, "Show Me Who You Are." The church scene in which Inej defeats Pavel was also shot at the Baroque Chapel of the Royal Palace of Gödöll. 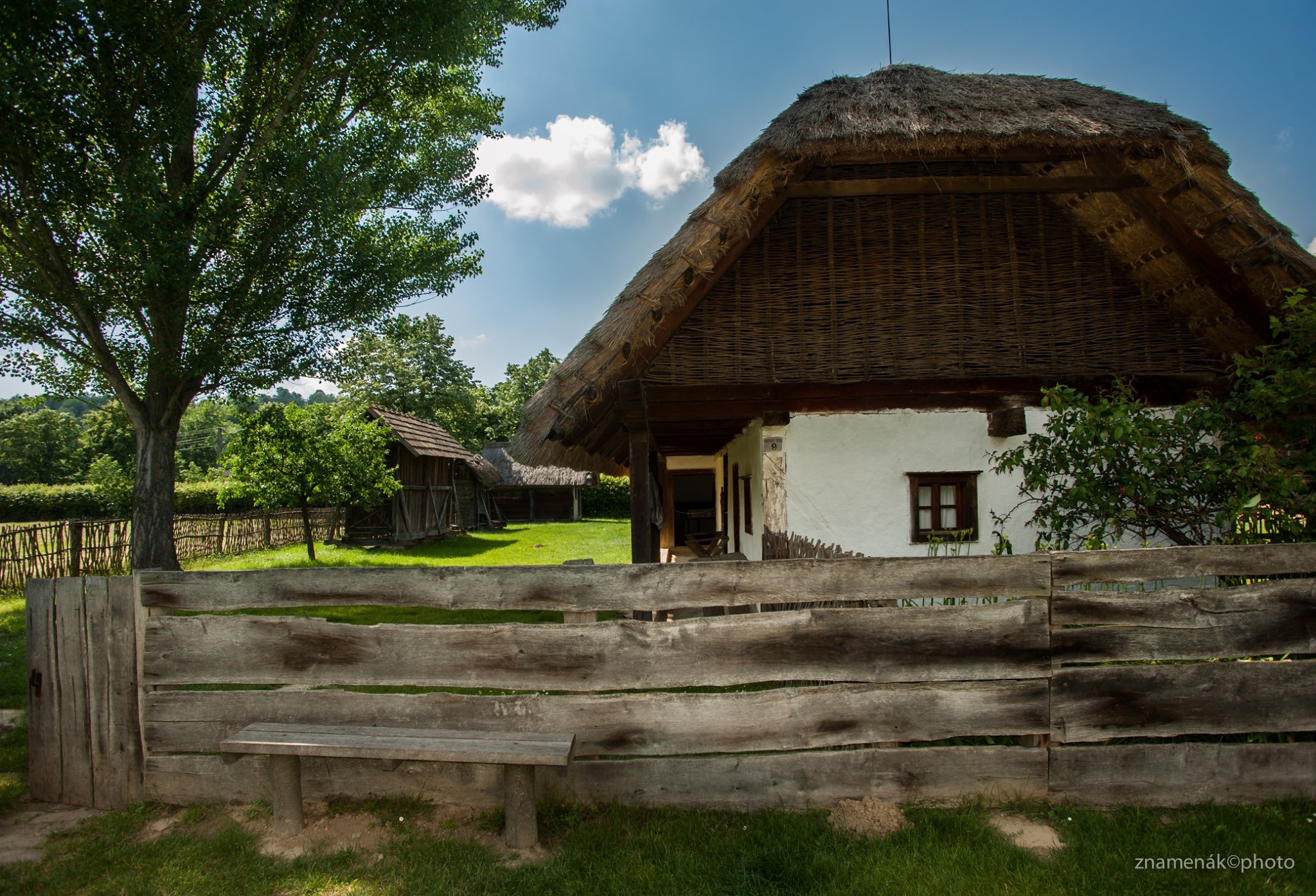 Otkazat'sya, the ruined town north of Chernast from episode four, was filmed in the Szentendre Skanzen Village Museum, an open-air museum only 20 miles north of Budapest. The windmill and the buildings were CGI'd in post-production to portray the conflict's damage, as you can see.

Indeed, the beauty of the location of Shadow And Bone is magical but it is also a reality for us. The location of the places is not through CGI or green screen, it is a real-world in a fictional time. So, if you are wondering if there's a place like what you see in Shadow And Bone, yes there is! And it is as magical as it is depicted in the show.