A safe marketplace for cloud storage, Sia allows users to rent out their spare storage space. Smart contracts, which are built into the blockchain, are used to keep track of agreements between property owners and tenants. Payments may be made using siacoin, an in-house cryptocurrency.

There may be a need for a decentralized alternative to data storage in a tech-driven world that generates more and more data. Let's first look at siacoin's pricing history before going into price forecasts. However, even if previous performance is not an indicator of future outcomes, it is always a good idea to check the coin's history before making any investments.

Siacoin In The Past Years

Siacoin During Its Initial Phases

The first two years of Siacoin's existence saw little movement in the price of the cryptocurrency. In the summer of 2017, Sia launched Capricorn, a major upgrade to the currency.

Using the Sia blockchain, version 1.3, makes it much simpler to restore data. In the event that a server goes down or its data is lost, the Sia system will choose a new host and use encrypted portions of the data to recover the files. There is no longer any need for tenants to preserve backup copies of their data with this latest upgrade.

Sia also stated that the mining gear for siacoin has already generated $4 million in sales in advance. A subsidiary of Sia's parent business, Nebulous, was created particularly for the mining of siacoins under the brand name "Obelisk". It was stated in the article that the funds will be used to help Sia continue to grow and thrive. 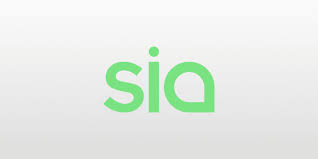 Siacoin logo on a grey background

Until December, the utility token's price remained at that level. Early in the month, an official Sia app for the crypto hardware wallet Ledger Nano S was made available. It was the safest location to keep siacoin, according to a Sia blog article.

The next month, Sia introduced a new brand and website emphasizing the blockchain as the most cost-effective and safe option. We believe that this new site does a much better job of articulating our vision and aims and providing consumers with the knowledge they need to be successful with our product.

The decentralized environment driven by blockchain, where users may connect without worrying about central data repositories, will be a big part of this coin's attractiveness in 2022 as one of the more popular Web 3.0 currencies.

The utility token's value is predicted to rise steadily over the next five years, according to the general consensus. CoinQuora's long-term forecast for 2025 is $0.85 per coin. "

In one year, according to WalletInvestor, siacoin will hit $0.0296, making it an "excellent long-term investment". For the next five years, its SC price forecast is $0.0811. For the year 2022, the Siacoin price forecast is that it will shatter the $0.015 barrier in March of that year and reach $0.02 in April.

For the year 2030, Priceprediction.net predicts that the Siacoin price will remain stable at $0.46.

For the most part, cryptocurrency networks are powered only by the ability to store and send money. Others like Siacoin have tremendous utility-generating capabilities in the real world, such as Bitcoin. As a result, it may be both a positive and negative thing.

Siacoin's worth as a currency on the Sia network is obviously tied to the network's growth. For Siacoin, there aren't as many triggers as for Ethereum, for example, where a vast network of projects using smart contracts and tokens is developed on top of it. When it comes to Ethereum's success, it's all because to its ability to be used in a variety of ways. The rise of Siacoin may not be as rapid.