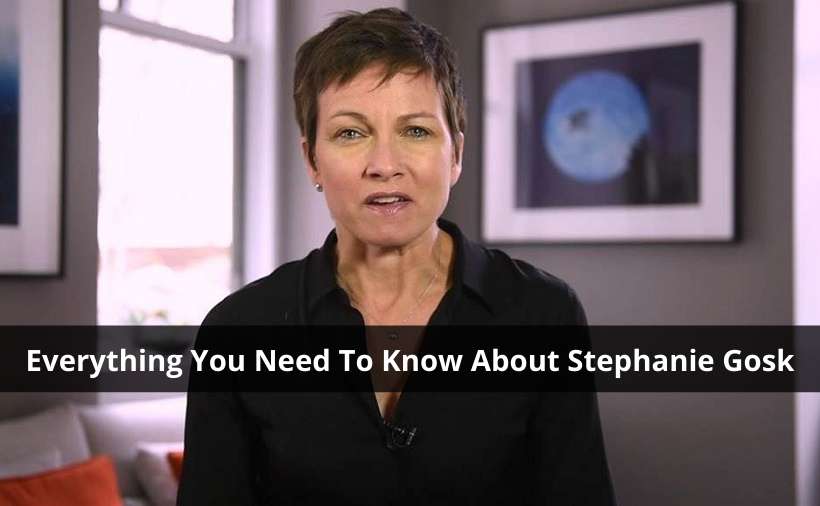 Who Is Stephanie Gosk?

Celebrities are not from only the glamour world. Some celebrities are from other fields also. For example, there are many celebrity news presenters in this world. Among them, Stephanie Gosk is a leading person. She is a popular news anchor working the NBC news. Additionally, she is also a human rights activist and a philanthropist who is known for her charming personality and intellect. 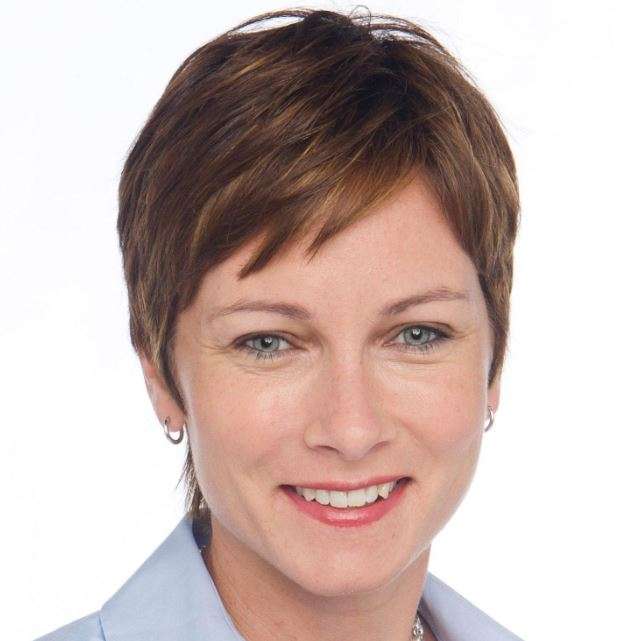 She created headlines when she came clean about her homosexuality on global TV in 2013. Still, now she has been very vocal about the rights of homosexual people and is also involved in charity work.

Revealed: How Did Jenna Wolfe And Stephanie Gosk Meet?

How Old Is Stephanie Gosk? Her Personal Life 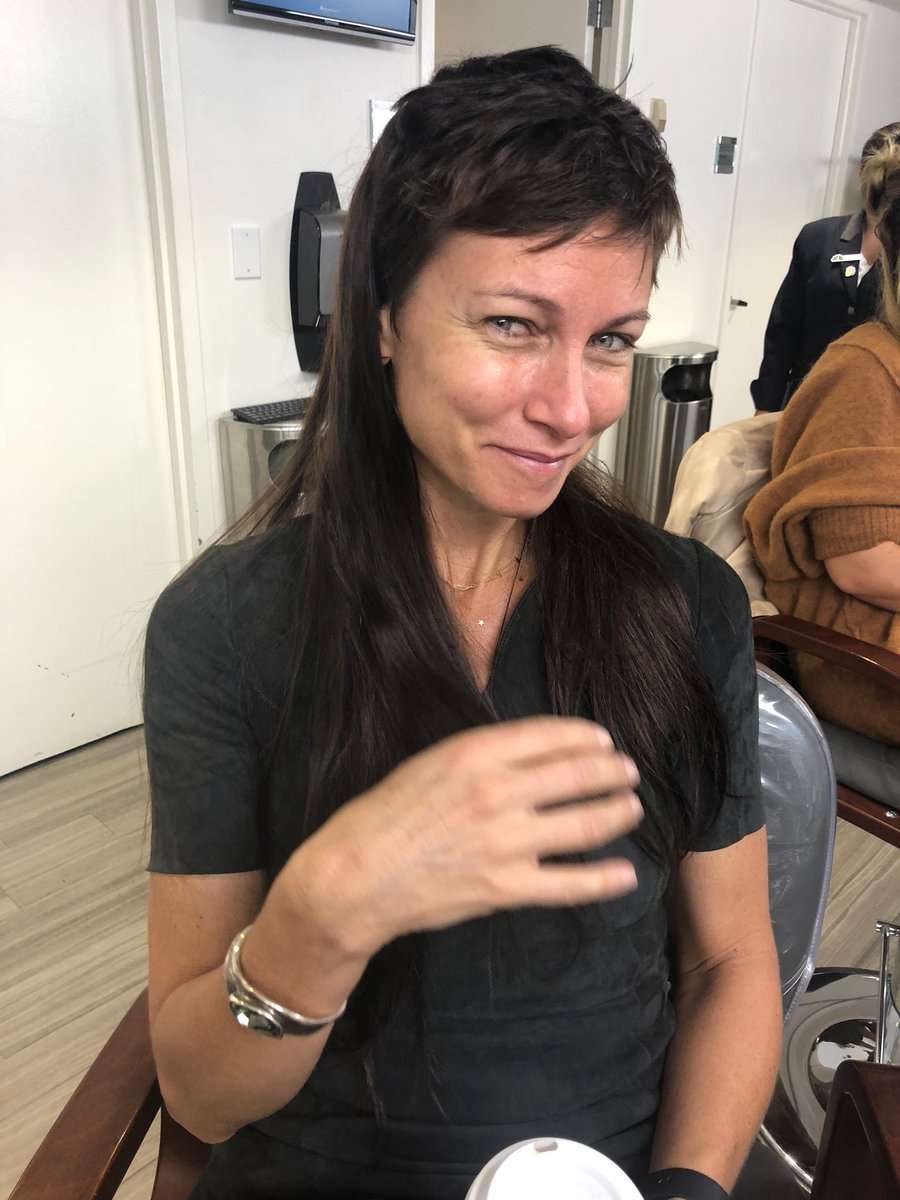 Stephanie Gosk, the famous American news correspondent comes from London Derry or New Hampshire County. She was born on 17th April 1972. Stephanie Gosk is 48 years old now. Gosk comes from the white ethnicity of the USA. She is yet to reveal anything about her linage and family. Therefore, nothing is known about her parents and family except her partner and children.

Gosk pursued a bachelors’ degree from Georgetown University. She revealed that initially, she had taken admission to Middlebury College in Vermont. But she wanted to gain some new experiences and moved to Georgetown to complete her bachelor’s in Economics. 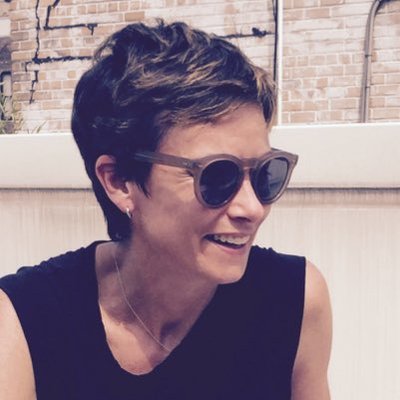 She was always keen on presenting the pictures of society and contributes to philanthropy. Young Stephanie at first worked as a Peace Corps volunteer in the Dominican Republic for sometime after completing her graduation. Later, she pursued her career as a news presenter and correspondence. She initially started as an off-air news producer and desk assistant in the ABC news. She later served as the producer of ABC News in Boston, Massachusetts

Stephanie got her first big opportunity with filing breaking news for the 2000 presidential election in the USA. After her big break, she has worked hard and eventually became a well-known news producer.

Latest: Things you should know about Gina Kimmel

She also travelled to the middle-east ad worked from shows like Good Morning America and World News Tonight. She was approached by NBC News is 2006 who spotted her talent and has become one of the prominent faces of NBC Network from that time.

Her career graph has some of the exciting news coverings including the Killing Al-Qaeda leader, Osama Bin Laden (2011), the 2013 London Summer Olympic Security Risks, and Flint Water Crisis of 2014. She has proven her skill as a news correspondent of all these big incidents with the investigation units of NBC News. 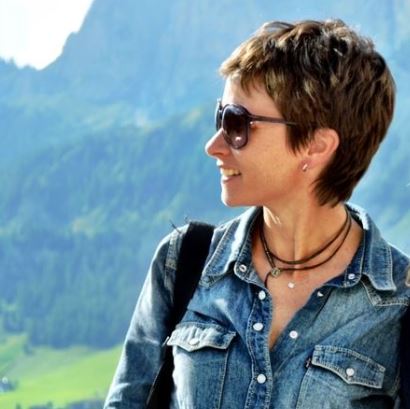 Being a world-famous journalist, Stephanie Gosk sure has a lot of wealth. She is a millionaire with an asset of $2 million.

Recommended: All details about a famous boxer and youtube Logan Paul

Here We have got some of the best images of lesbian couple Stephanie Gosk & Jenna Wolfe when they were spotted at various occasions & locations. 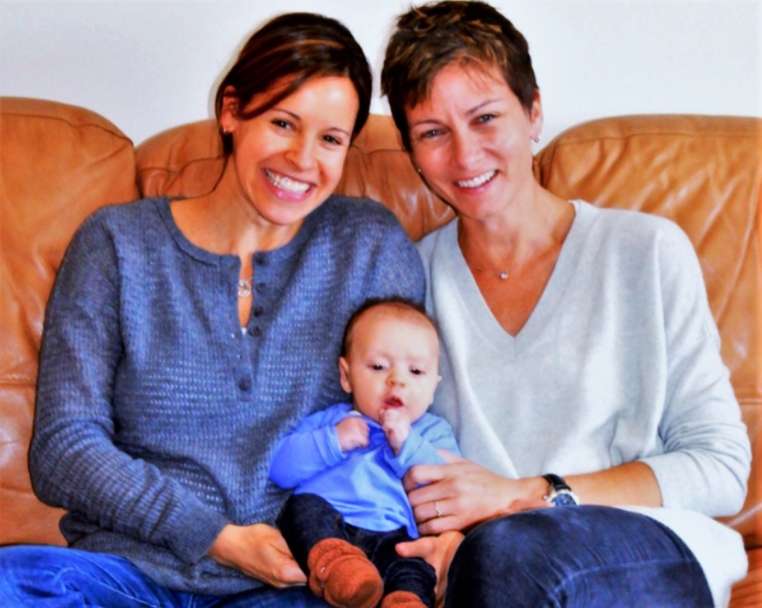 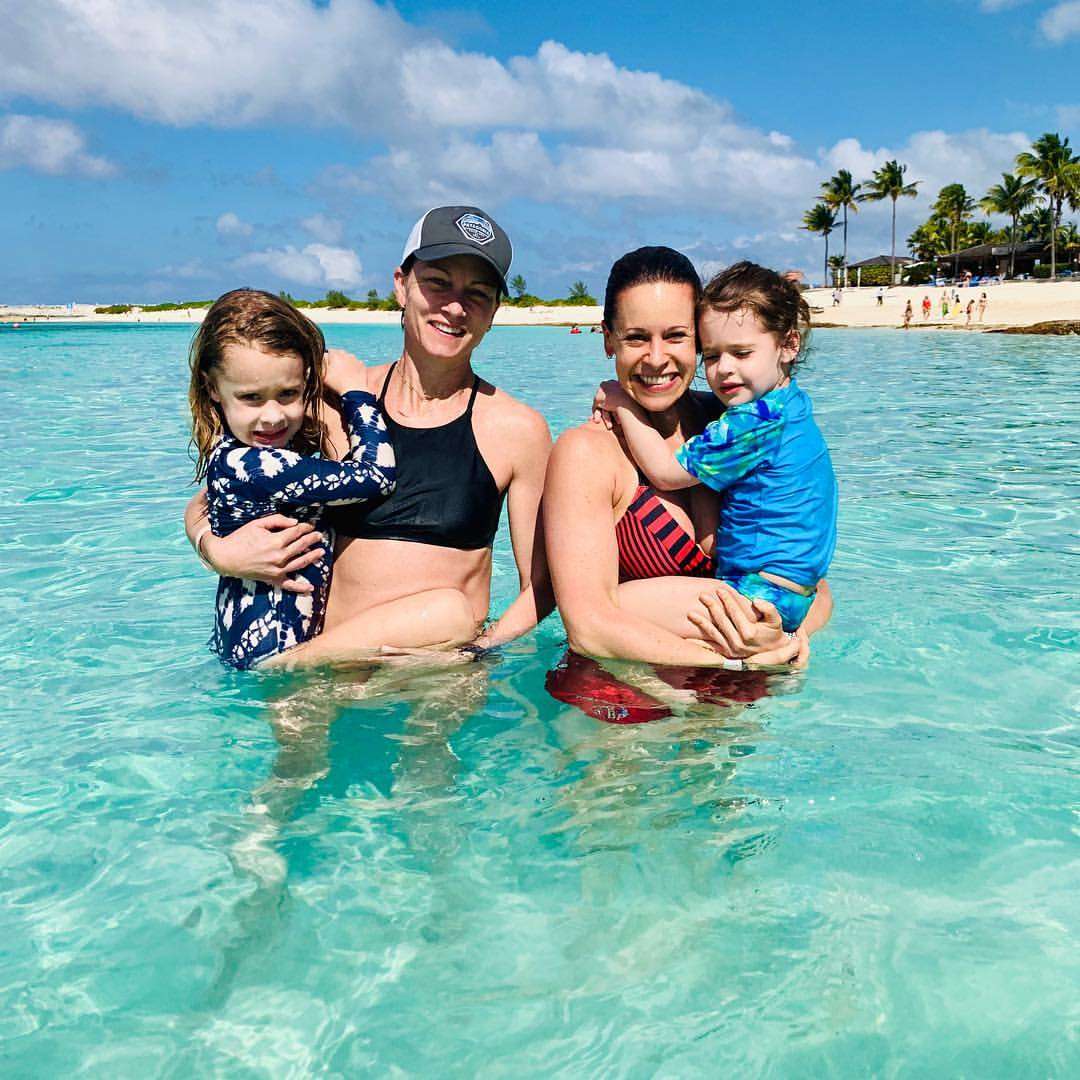 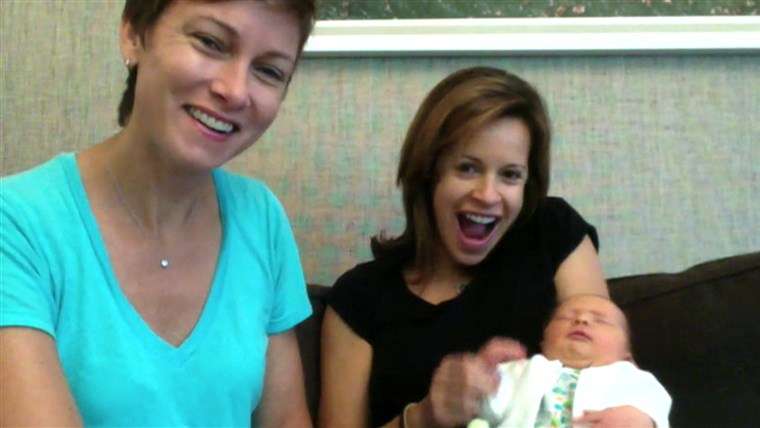 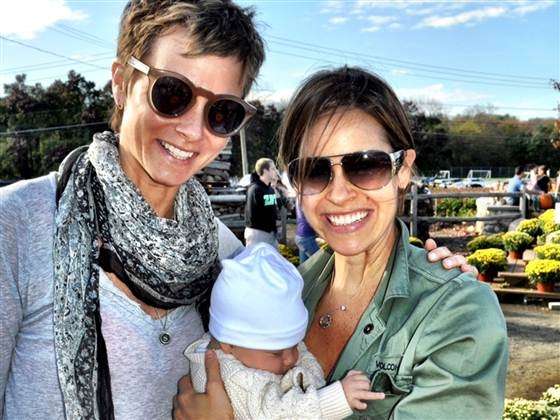 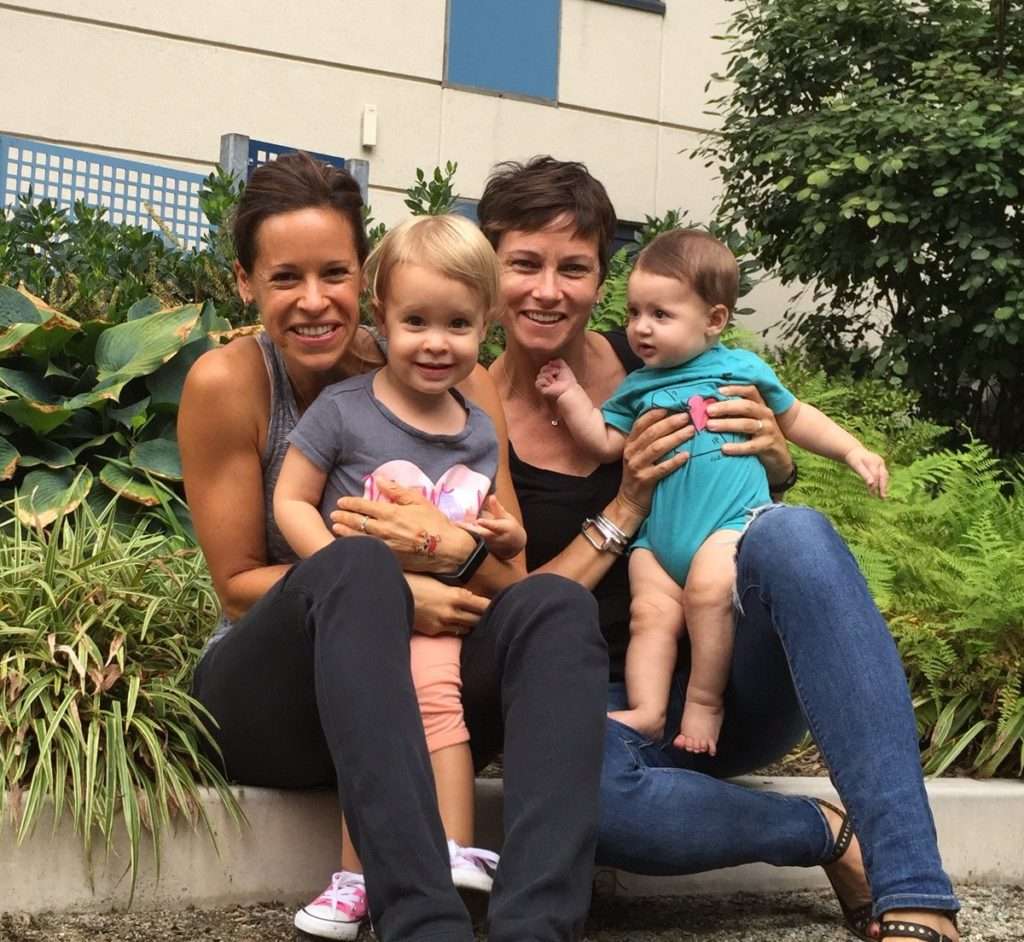 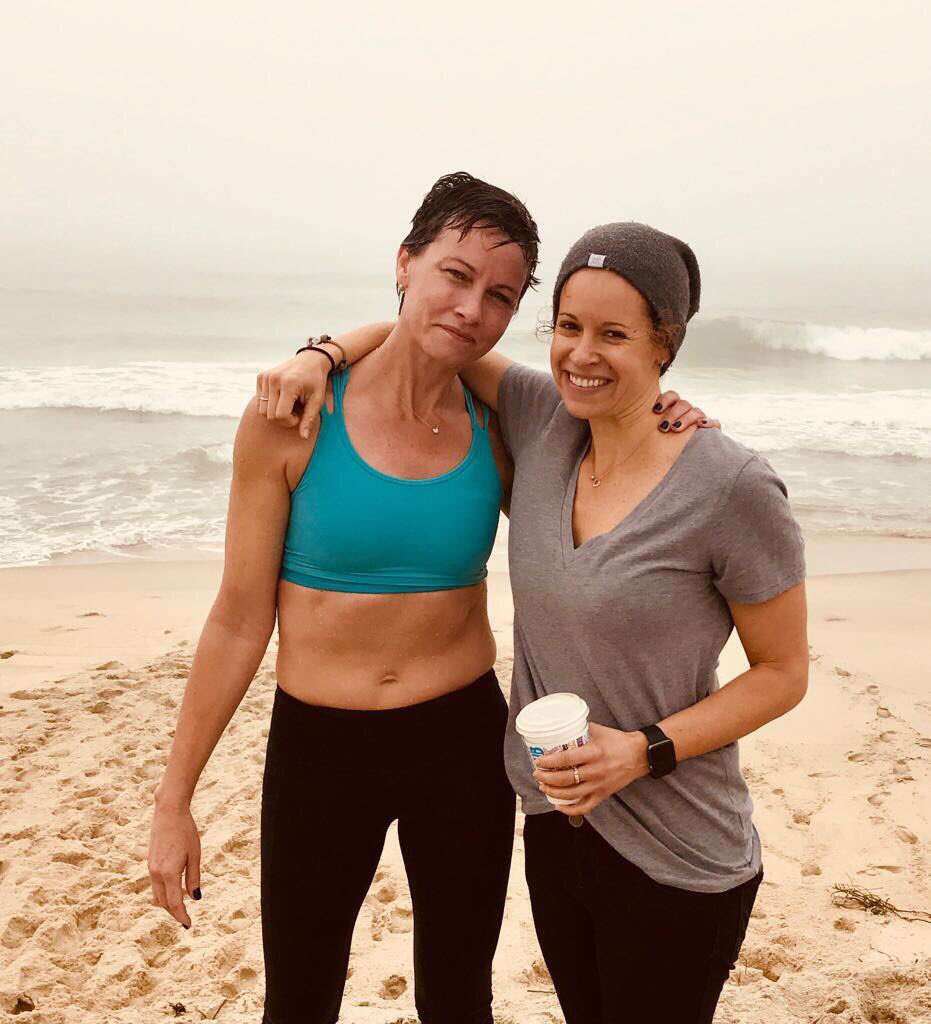 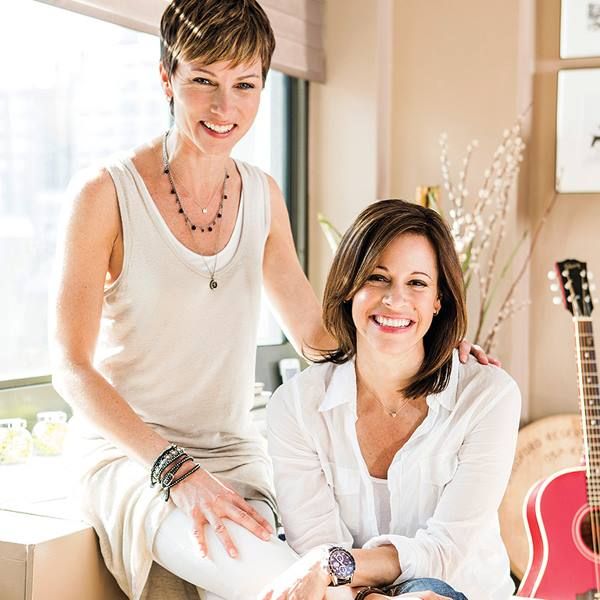 Gosk is active on almost all major social media platforms online where you can follow her to get her life updates.

Everyone is have a tough time with stay at home orders. I’d hate to say one person has it worse than anyone else, but…. ⁦@JennaWolfe⁩ pic.twitter.com/pgK184wRKc— stephanie gosk (@stephgosk) May 21, 2020

Facts You Should Know About Stephanie Gosk

As we checked there are no curious or interesting facts available on the internet you should know. But we covered almost all the important wiki and Stephanie Gosk Biography in this article.

Check: Where is Samantha Burton now? checkout her biography

FAQs About Stephanie Gosk On The Internet

1. Who Is Stephanie Gosk Partner Now?

Stephanie Gosk has presently dated her co-worker Jenna Wolfe. This couple is yet to tie knots but they have two daughters. you can read more about her in this article.

2. What Are The Stephanie Gosk Salary And Net Worth?

Stephanie Gosk earns nearly $1 million per year and has a net worth of nearly $2 million as of 2020.

3. Who Are Stephanie Gosk Parents?

4. What About The Education Of Stephanie Gosk?

Though there is no information about the early education of Stephanie Gosk, she once said that she got admission to Middlebury College of Vermont. But, she has other plans with life and that’s why she moved to Georgetown and studied economics at Georgetown University.

Yes. Stephanie Gosk is a Lesbian. and she married her co-employee and well-known ABC news anchor Jenna Wolfe. and it has been seven years since they married. and now they are leading a happy married life with their daughter’s company. the love between the couple keeps growing day by day.

Stephanie Gosk began started her career as a desk assistant for ABC News in New york. Later Stephanie Gosk gained much popularity with her detailed investigations about any news piece, and various channels like NBC, ABC News, Today, featured her work frequently. Apart from journalism, She is also an actress who acted in true documentaries like Golden State Killer, The Rachel Maddow Show and Main Suspect. As we all know that Stephani Gosk is openly a lesbian and married to her lesbian co-worker and anchor Jenna Wolfe and now this couple has two daughters and they are leading a blissful life now. So we hope you have got answers to most of the questions about this talented American journalist.

We want to let you know that All the information provided on this page is for gaining basic knowledge and educational purposes only. We at BingePost Never promote any kind of piracy or illegal content. we do well research on the internet before putting any information here. due to less availability of accurate data on the web about some of the celebrities, we will not take any responsibility for data correctness, quality and accessibility. We advise you to please proceed solely at your own risk. we are not responsible for any kind of loss/damage that caused to you.