Teenager detained after trying to break through COVID-19 checkpoint 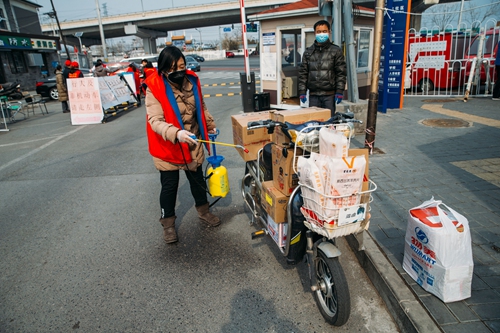 A 15-year-old teenager in East China’s Shandong Province was detained after he beat a checkpoint worker loss of life, after he tried to interrupt by the checkpoint for COVID-19 prevention.

The case occurred at a farmers’ market, the place the assassin supposed to drive previous the checkpoint on Monday morning. He was stopped by 73-year-old Li Chanliang, the sufferer, who was on responsibility on the checkpoint, in keeping with reviews.

Li tried to purpose with the person, who swore and beat Li as an alternative. After being punched for some time, Li fell down and couldn’t transfer. Bystanders famous that Li’s face turned black.

After being notified of his father’s state of affairs, Li’s son rushed to the market, but it surely was too late to stop the tragedy from occurring.

“He [the murderer] didn’t obey the principles and tried to interrupt by the checkpoint… My father was so previous, and he [the murderer] stored beating him even after my father fell down. That is emotionally insufferable for us! We demand extreme punishment,” mentioned Li’s son.

The person was detained by Tai’an police, with an extra investigation to comply with.