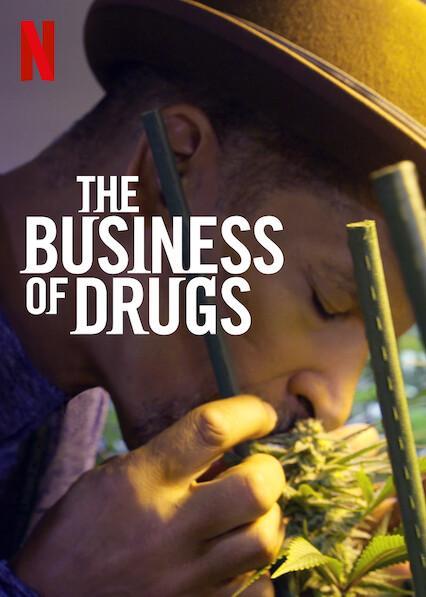 Documentary films have been prevalent since the early 1900s. This category of films is really thrilling to watch as it primarily focuses on the purpose of educating or giving out instructions on various kinds of intriguing topics. Documentary films mainly focus on reality. Earlier these films used to last for one to two minutes but now it extends more than half an hour.

The Business of Drugs is a six-part documentary series hosted by a former CIA agent, Amaryllis Fox. This documentary revolves around Amaryllis investigating the economics of six types of drugs in order to understand the origins and the business of the drug industry.

The presenter Amaryllis Fox became one of the youngest female officers at just the age of 22. She had developed an algorithm in her university to identify terrorist safe-havens. When the CIA headquarters in Langley, Virginia came to know about Fox’s algorithm, she was recruited by them. Fox became widely popular due to her work in the counter-terrorism task force to keep the members of the Al Qaeda from Weapons of Mass Destruction (WMD). In these six episodes of The Business of Drug’s docuseries, we see Amaryllis Fox dive into the economic backgrounds of illicit drug traders of the world. From Mexico to Myanmar, Fox travels to all these places to uncover the politics and economics of the drug business. Amaryllis Fox seems like the perfect host for The Business of Drugs as she has a strong presence. Her credible and down to earth nature seems very appropriate and necessary for gaining access to people working in Mexican drug safe houses, locals working on the cocoa farms in the Columbian jungles, and the peddlers dealing drugs in the Californian streets of Compton.

The six episodes: cocaine, synthetics, heroin, meth, cannabis, and opioids showcase Fox’s approach to breakdown some of the most complicated aspects of the illicit drug industry.

Amaryllis Fox travels to the Columbian port town of Buenaventura to investigate cocaine’s deadly business cycle. Fox interviews the people working on the ground involved with harvesting and growing the coca plants. Fox is also seen to interview a doctor who tries to explain the addictive properties of cocaine and why people get addicted to it. Through the eyes of Fox, viewers are able to see the exclusive interviews of these people involved with farming and selling these drugs. Through this interview, Fox throws light upon the fact that many people who are in this trade are just because they could not find any other means to provide for their family. The biggest problem lies in the fact that the most powerful people in this business controls the never-changing rates of these drugs. In these interviews, the faces of the people are completely covered and their voices are changed.

In the second episode of the series, synthetics especially MDMA is focused upon. This episode also highlights a former scientist for Dow Chemicals, Alexander Shulgin who helped to develop biodegradable pesticides. He later became a rogue scientist who started to experiment on synthetic drugs. He is also best known for bringing back the long-forgotten recipe of 3, 4 – methylenedioxy – N – methylamphetamine or MDMA. The research regarding the psychotherapeutically medical benefits of MDMA to treat PTSD is also showcased. However, despite the medicinal benefits of MDMA, it is pushed into the shadows along with other analogous synthetic drugs and has emerged to be one of the most popular party drugs. According to The Business of Drugs, America mostly associates MDMA drugs with kids who smoke pot in a club rather than with people who require it for its medicinal benefits.

In the third episode, we see Fox speaking to the frontline workers of the heroin trade in Kenya. She is seen to visit the ports of Kenya which is a top smuggling route for these drugs that are largely produced from Afghanistan’s opium poppies. However, this secret trade has turned into a huge economic boost for some people while a serious addiction for others.

In the movie Drugstore Cowboy (1989), the immense pleasurable body high is portrayed by the scene where Matt Dillon (Bob Hughes) takes heroin in the back of a car. As the drug sets in, the car driving scene seems straight like a movie with visuals of floating houses!

The high addiction to this drug and its highly profitable trade can be well understood since people seem to achieve the best moments of their life.

Myanmar’s complex history and political reasons have helped the meth trade to become ground zero in that country in South Asia. Fox travels to Myanmar and examines the illicit meth trade taking place inclusive of production and distribution. Fox also meets with military and government officials who are responsible for maintaining strict regulations in the drug trade but some evidence points out to the contrary.

The American crime drama Breaking Bad revolves around the story of Walter White (Bryan Cranston), who is an underpaid high school chemistry teacher, and his transformation into a drug kingpin. When Walter learns that he has stage three lung cancer, he partners up with his former student and turns it into a life of crime and drugs to secure his family’s future. He starts his business of meth and turns it into a drug empire! This series showcases that sometimes people are so helpless that they are forced to turn into the illicit trade of drugs so as to secure their future and provide for their families.

In the fifth episode, Fox travels back to the United States to examine the reason behind cannabis being traded in the black market although it is legalized. The reason behind this illegal sale of cannabis can be explained by the lack of respect of the local authorities. Fox also explains that the huge taxation on the cannabis trade and a lack of tax write-offs are a major cause for the illicit trade! This is evident from the fact that only very few people are licensed for trading and selling cannabis.

Fox further continues her examination of the illicit drug trade in the United States. She explores the high addiction of opioids that causes mass destruction across America and pushes addicts further to the clutches of heroin.

As the story progresses, Fox explains that there were two ways to stop the unending and exhaustive drug wars: either end the demand of all kinds of illegal drugs or make them legalize and regulate the trade with fair competition. According to the presenter of The Business of Drugs, Amaryllis Fox, “Legalization may seem pretty extreme to most Americans, but as long as the demand continues to climb, and the prices remain astronomically high became of no legal competition, I can’t help wonder whether legalization and regulation is the only real option.” Although people think that this trade can be stopped from its point of supply. But the sad truth is that as long as there is a demand for these drugs, there is a huge economic profit and the supply will not stop.

Through the six episodes of The Business of Drugs, Amaryllis Fox interviews people from all levels: starting from frontline people who are involved in the production and distribution of the illicit drugs to people who are assigned to keep the evil from the good! By interviewing people ranging from the behavioral experts to the people behind controlling the economics, Fox has managed to break down some of the most complicated components of the illegal drug industry. Fox has explained that it is very easy to categorize things into good and evil and this is what the world has done to the drug industry; however, according to her, things are not always so easy to categorize! Sometimes people are forced to turn to evil to provide for their families and to survive. Without a doubt, Netflix’s docuseries, The Business of Drugs has certainly brought out some of the most eye-popping insights and facts of one of the biggest businesses in the world!