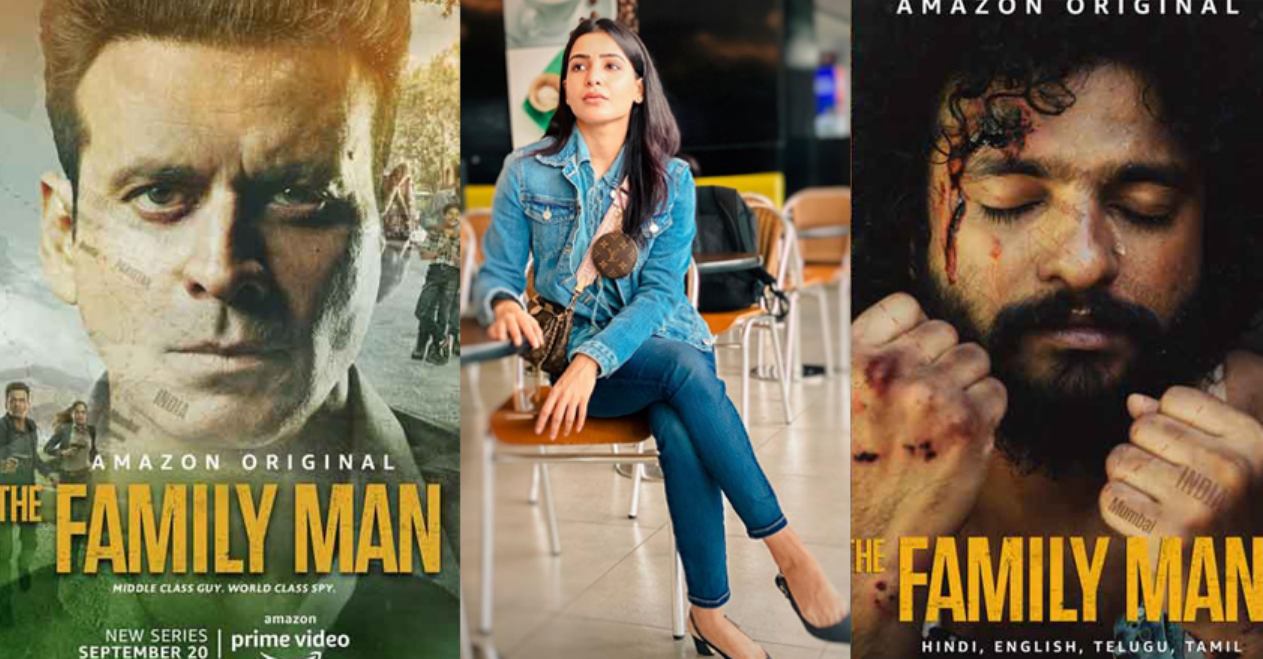 Manoj Bajpayee is one of the finest actors of the Bollywood who is known for his versatile acting skills. His caliber is not only limited to Bollywood movies, but he is also doing the Hindi web series to cater to a broad audience. The Family Man is one such popular web series on Amazon Prime in which he was in the lead character. The Family Man is an Indian Action Crime web series and gained massive popularity on its release. Released in September 2019, the series is based on some real-life incidents, mixed with some fiction to show Patriotism, and it is all ready for its sequel.

Yes, you read it right. Season 2 of this show is soon coming on Amazon Prime Video on public demand, and today we will discuss all the details related to The Family Man season 2 release date and more. 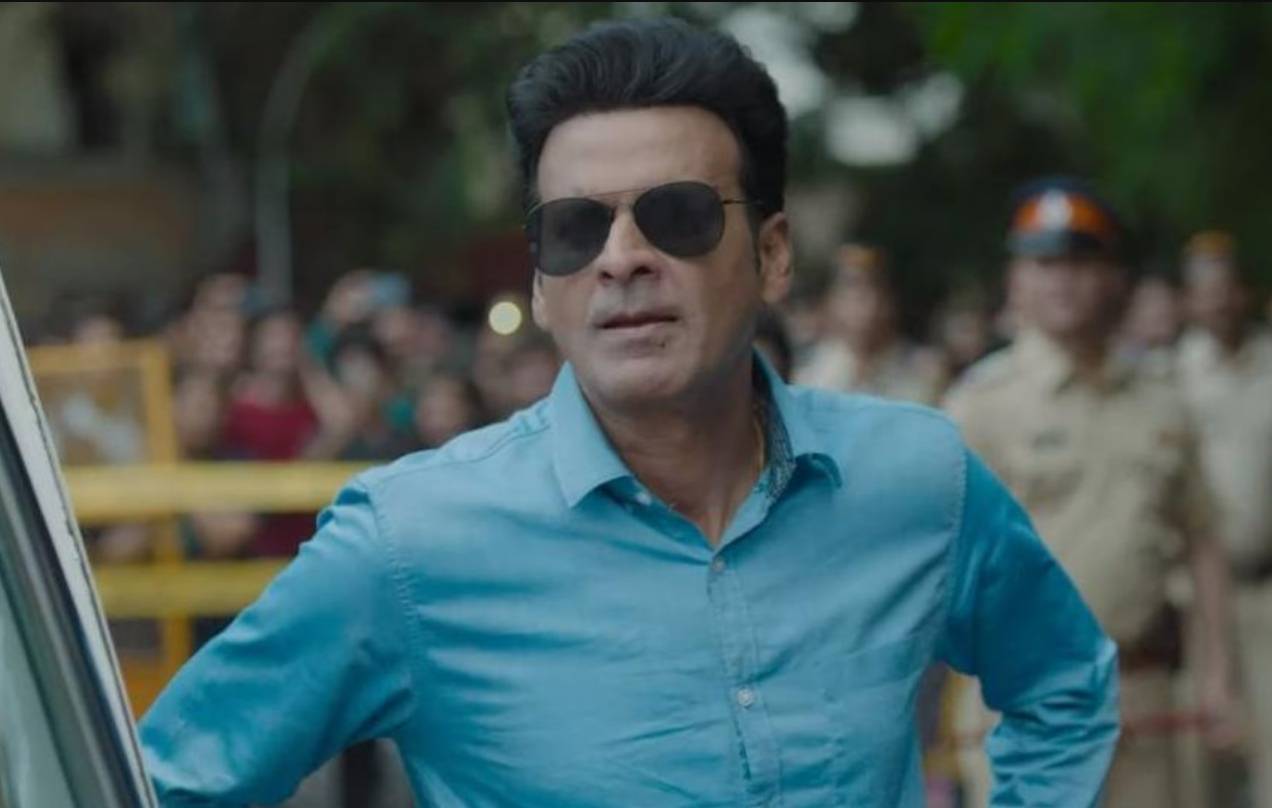 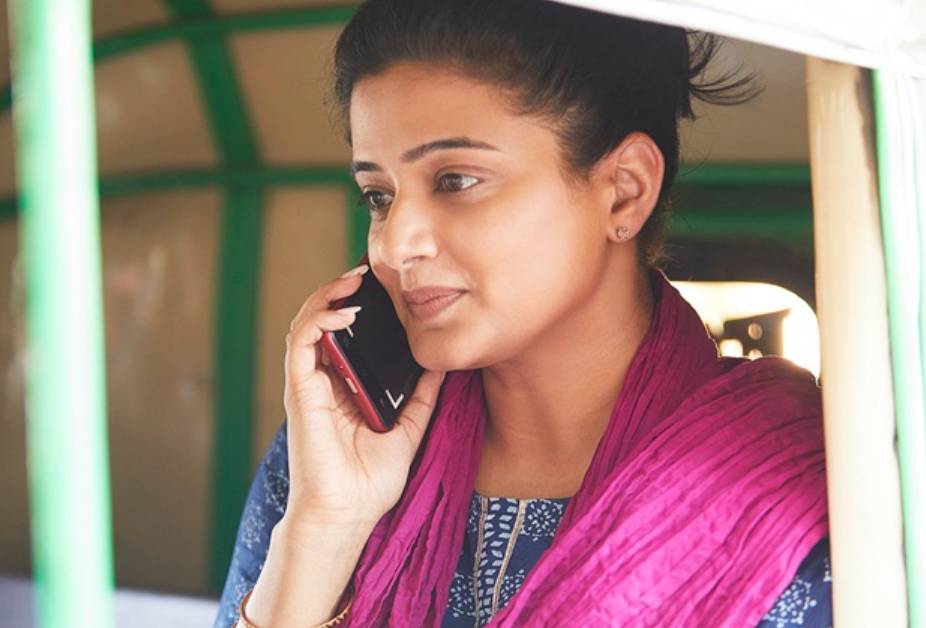 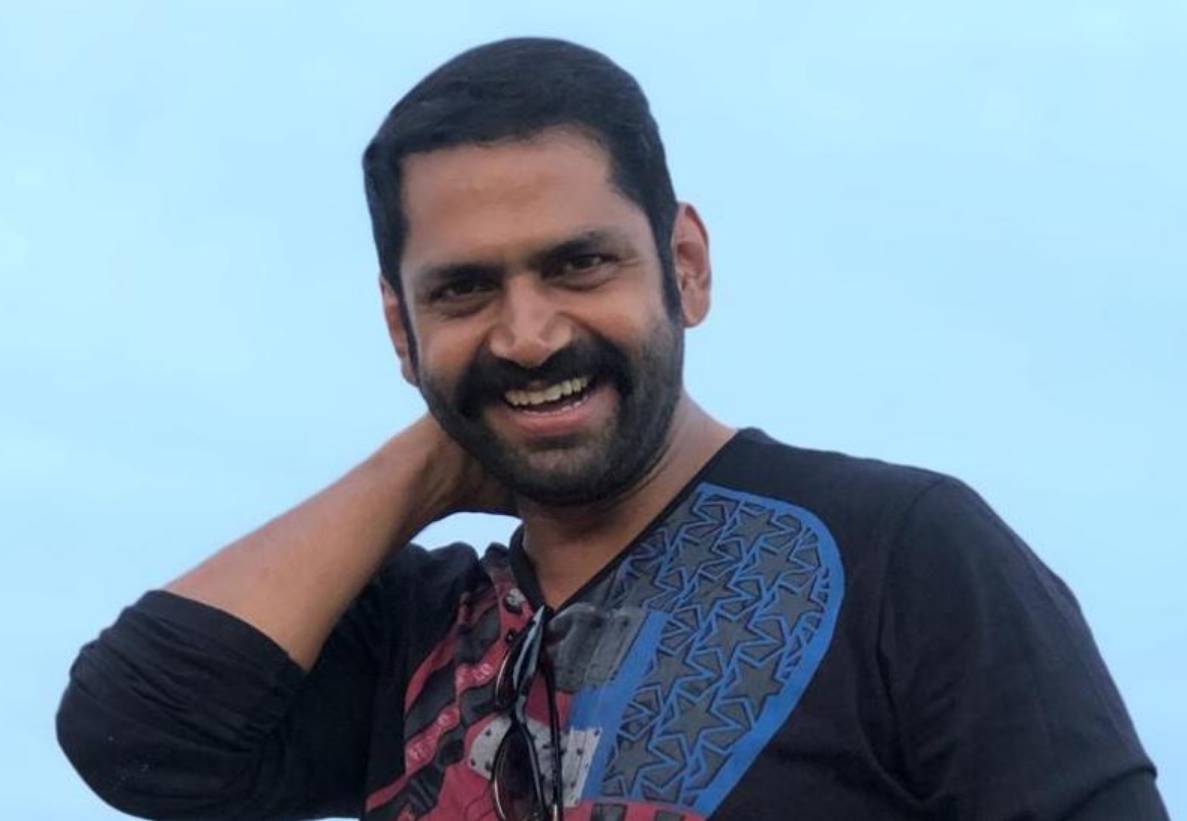 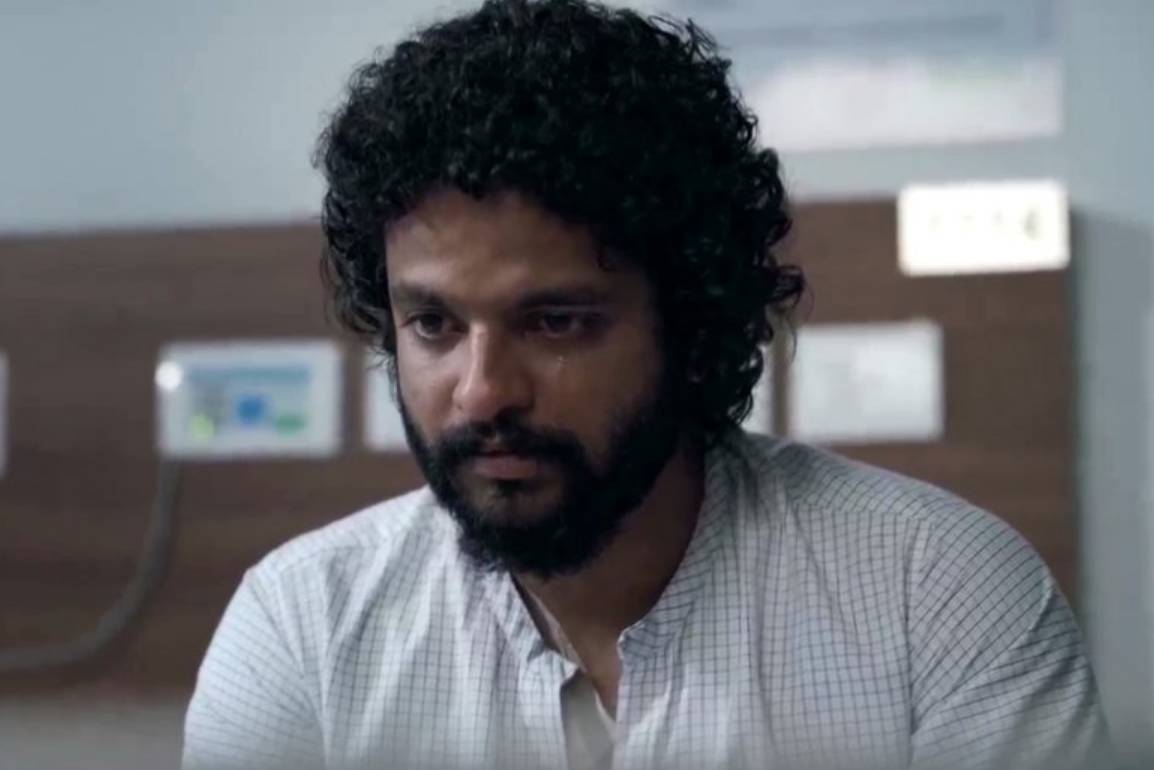 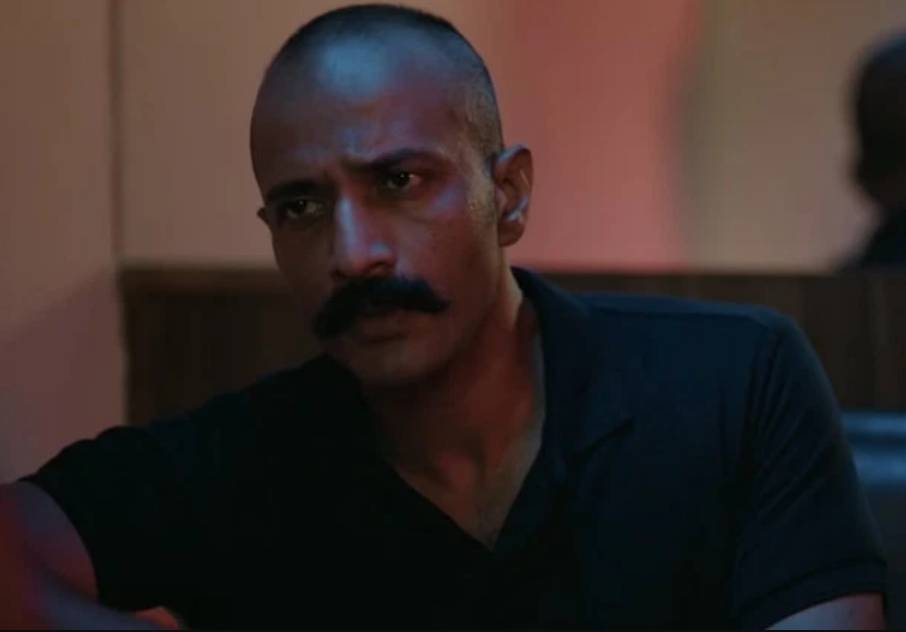 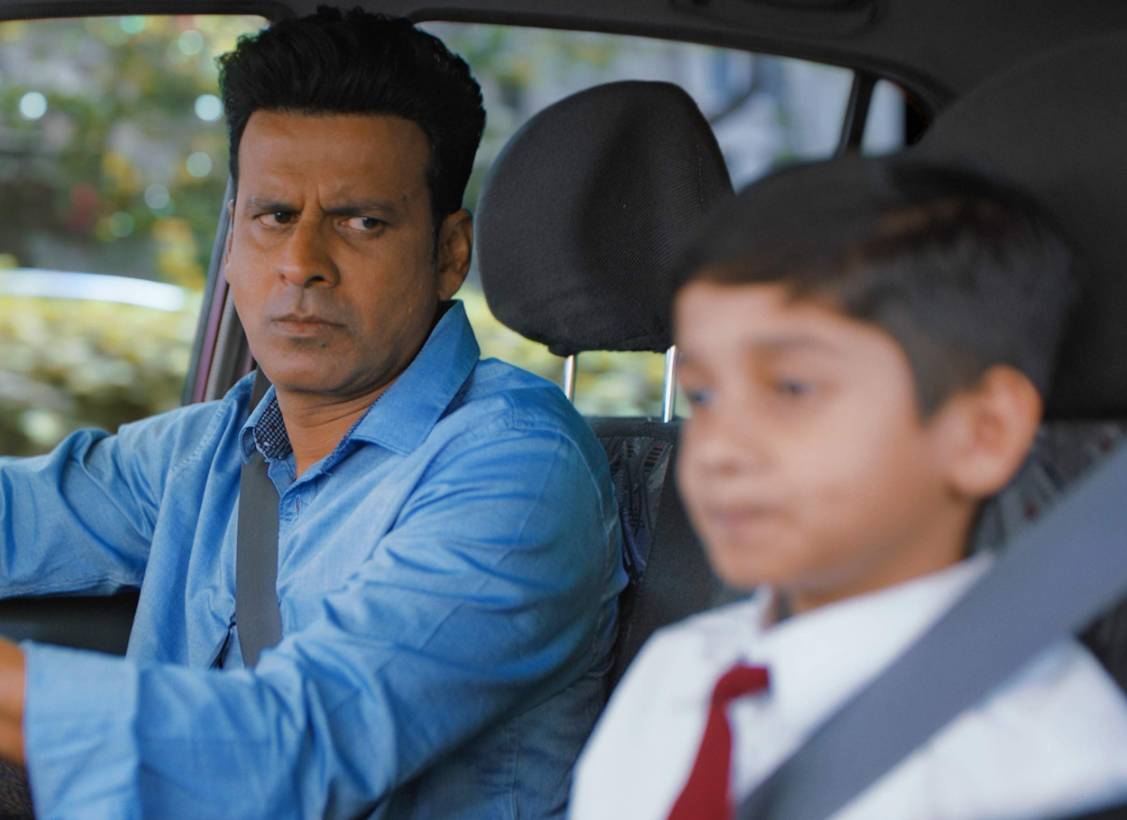 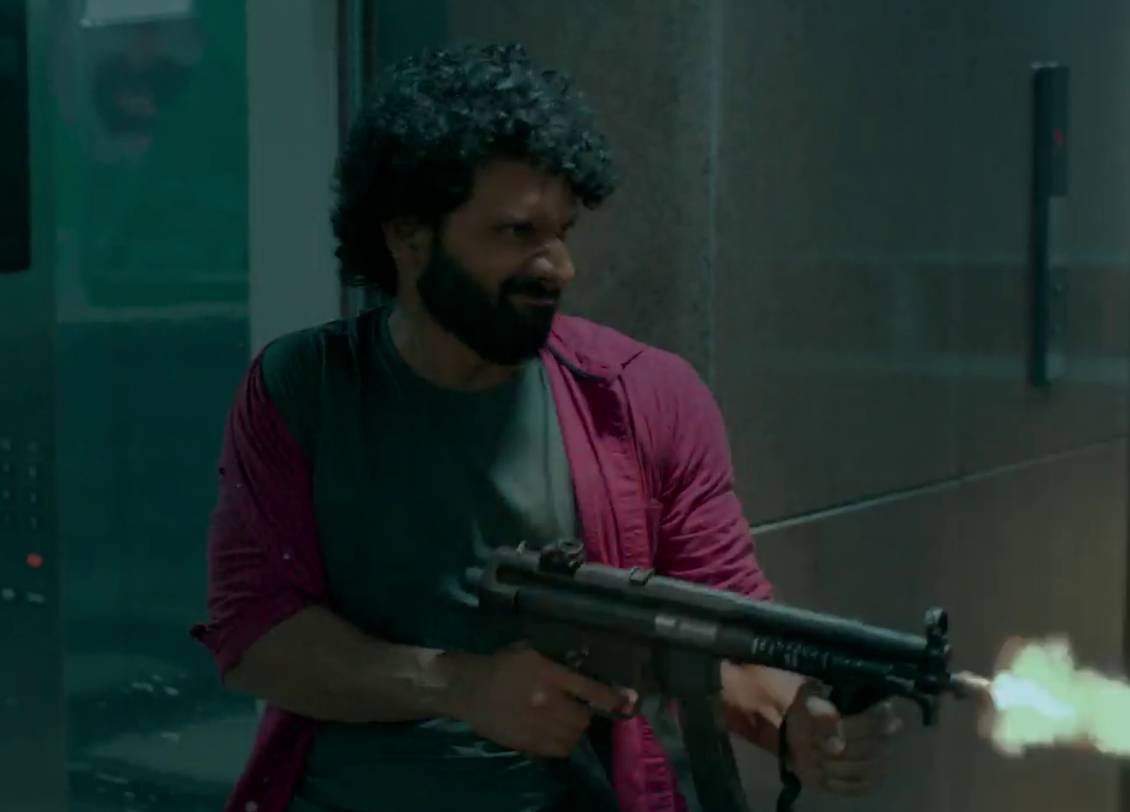 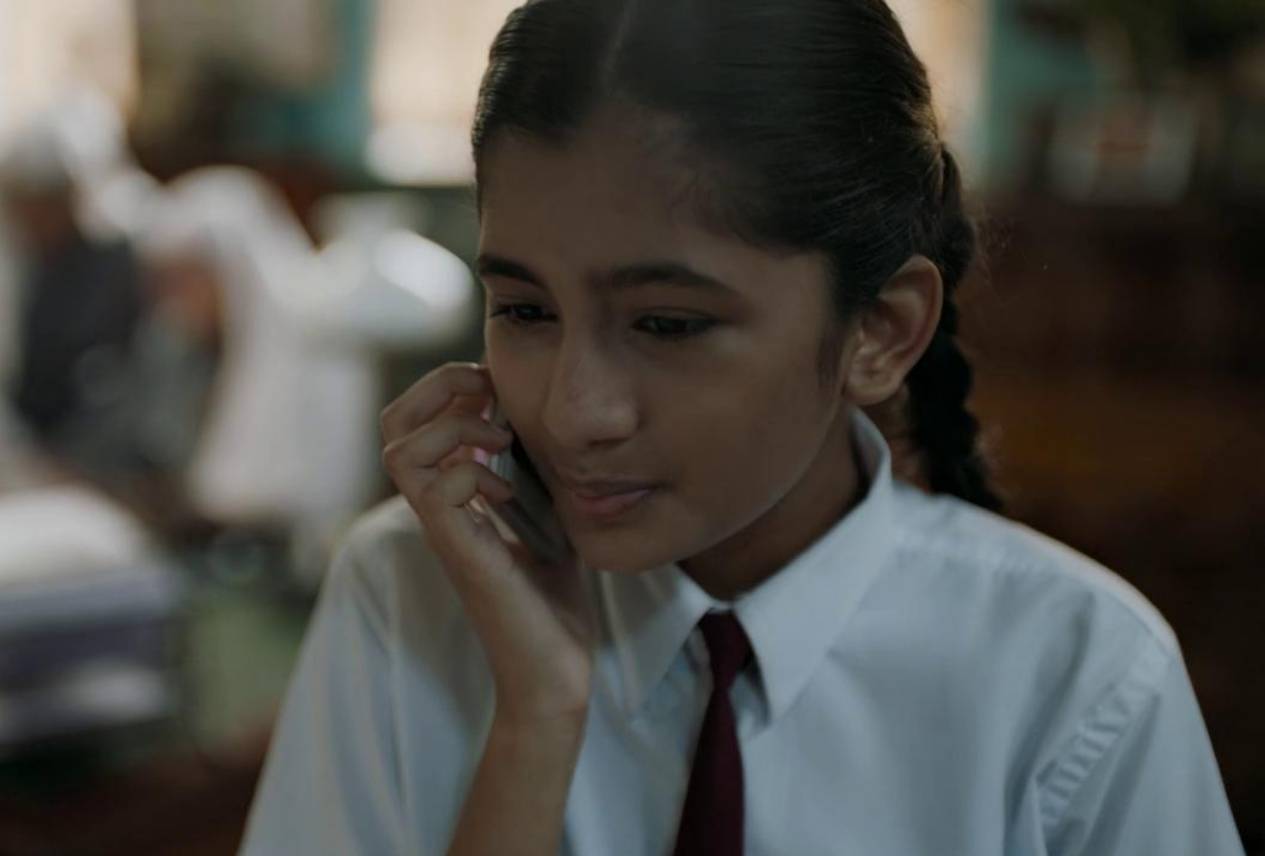 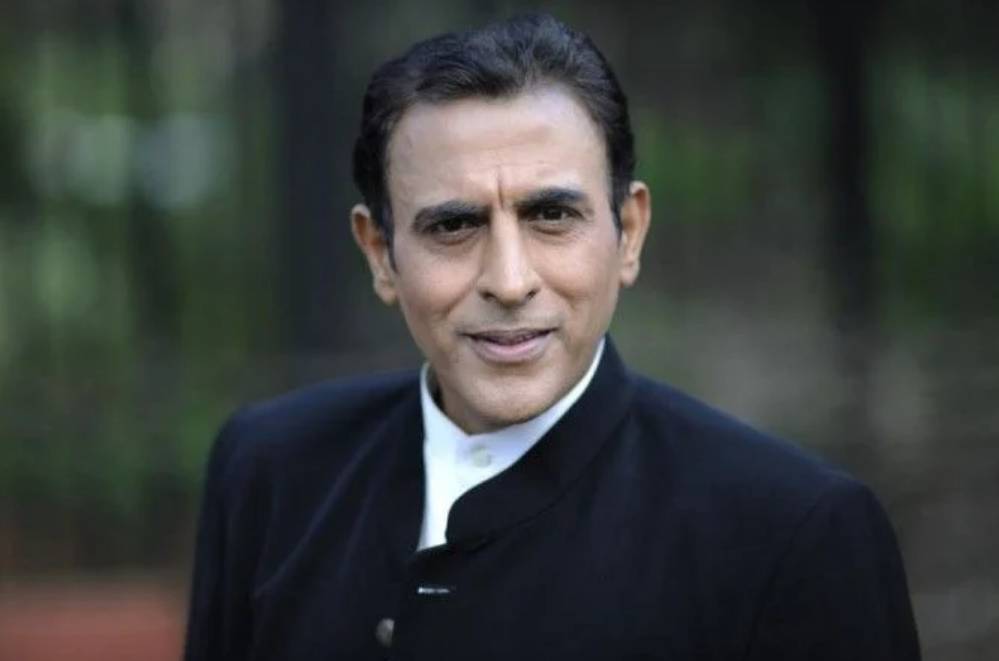 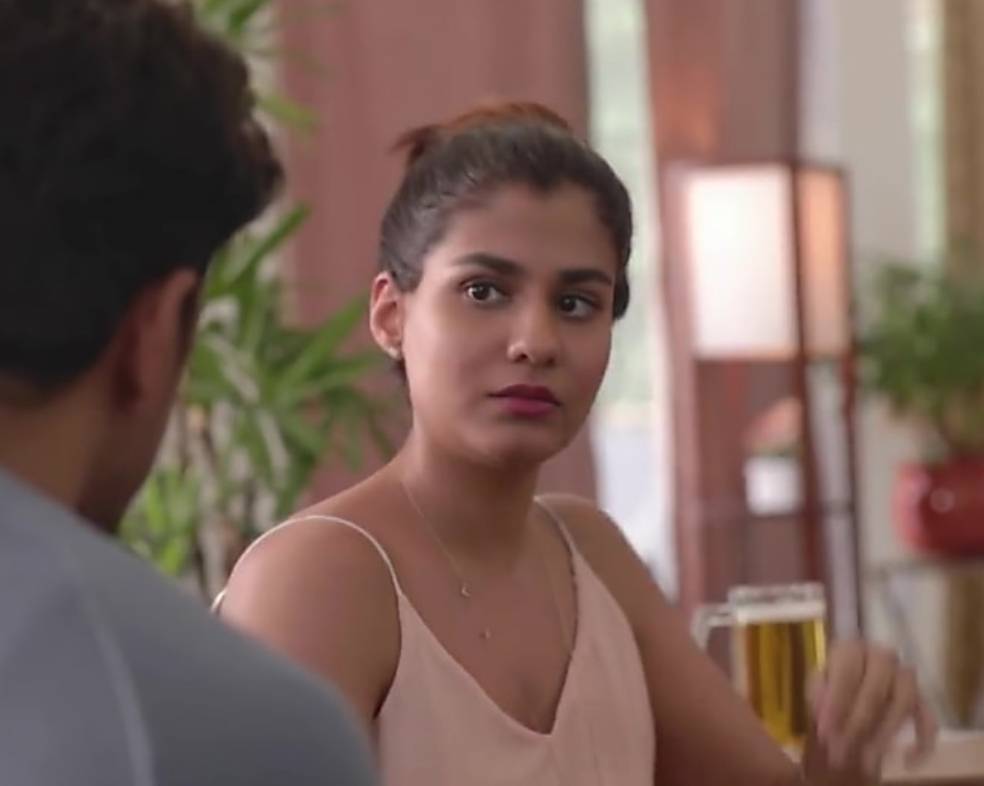 Shreya in The Family Man 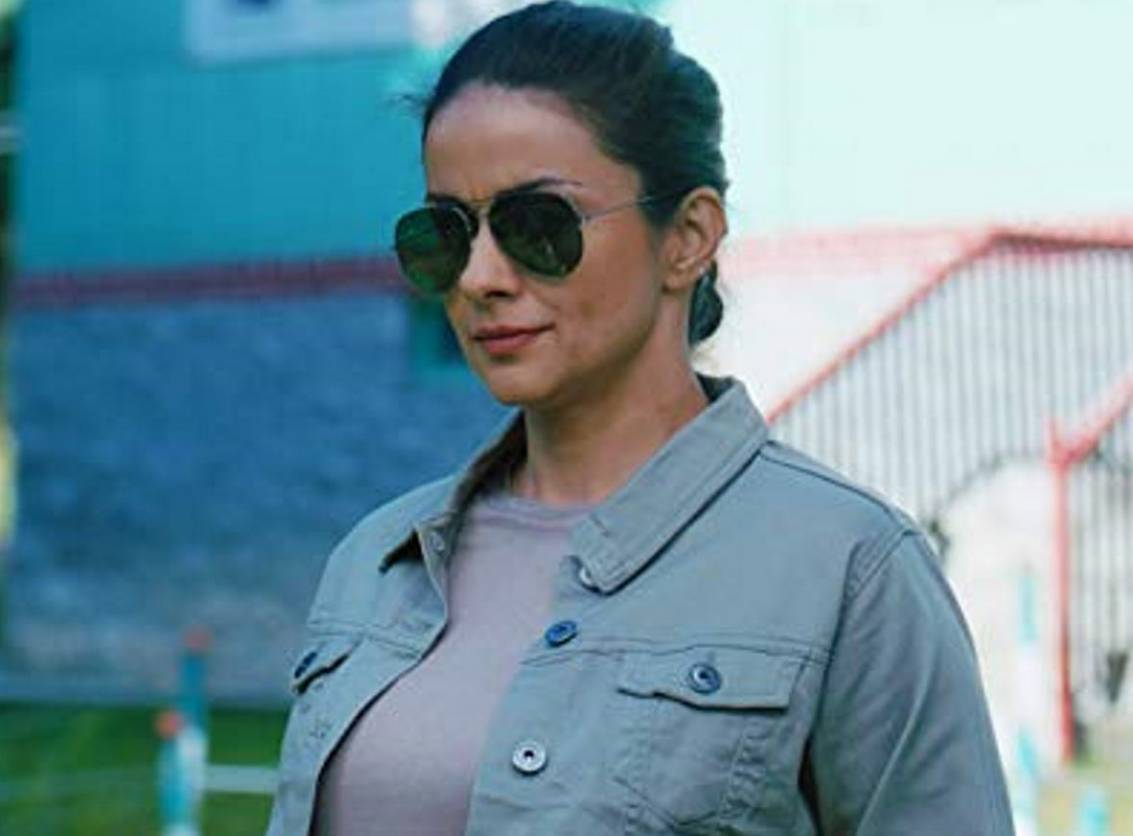 Samantha Akkineni, a Telugu cinema actress joins Manoj Bajpayee aka Srikant Tiwari in season 2 with her digital debut in the web series world. The filming of season 2 has been already started and soon there will be an official announcement of The Family Man 2 trailer by Prime Video. She took to her Instagram post where you can see her among The Family Man cast celebrating her birthday on a conference video call. Check out below!

Although we don’t have an official announcement, we will keep updating this thread once the official makes an announcement regarding it. It’s expectedly going to release on 2 October 2020.

After the cliffhanger ending of The Family Man Season 1, people are dying to know what will happen exactly? Season 2 will answer all the questions and will start from where Season 1 ended. This season will majorly focus on the following aspects:

1) Season 2 will show that whether Zoya and Milind somehow stopped the attack on that night or it happened, and now the season will depict the afterlife of attack.

2) It will also reveal what happened that night between Suchitra and Arvind. We will also get to see what turn Srikant’s and Suchitra’s relationship will take.

3) What will Karim’s girlfriend do after getting that hidden tape of Karim?

4) Will Srikant be able to find Sajid and Major Sameer? Who will win this ultimate battle?

According to the makers, the Second Season of The Family Man will be bigger and more exciting than its Season 1. There will be more challenges to fight for Srikant in both his personal and professional life and not only this, according to the sources, famous south Indian actress Samantha Akkineni will also be in Season 2 of the Family Man. She will play a major role in Season 2, and this is going to be very exciting. Are you excited? Well, we are also very enthusiastic about its release, and we will soon share the official trailer of The Family Man Season 2 with you.

The Family Man is a story of a middle-class man Manoj Bajpayee as Srikant Tiwari, who loves his family and his nation. He works as a secret agent in TASC (an organization works for anti-national activities and security). The whole team, along with Srikant, starts fighting towards a special Mission- Mission Zulfiqar, which was operating by Major Sameer in Pakistan.

After some bomb blasts in Mumbai City, Srikant, along with his team, starts keeping an eye on three suspects of Victoria College- Karim and his two friends. Karim, however, learns that Srikant is watching him, and before his death, he left a message for his girlfriend that Srikant and his team are responsible for his death, and he is not a terrorist. 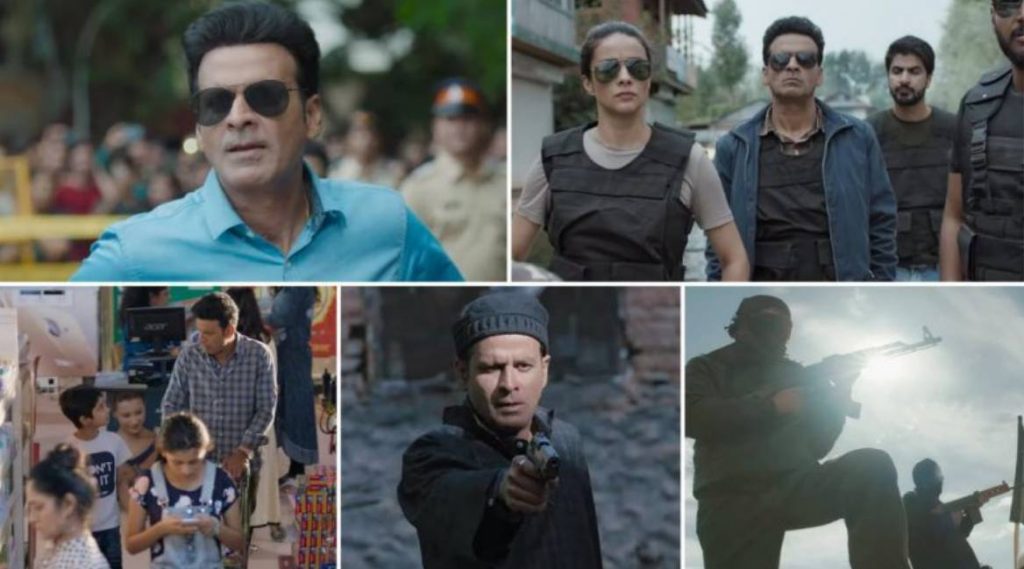 Meanwhile, the other suspect, “Moosa,” whom the team arrested and admitted in the hospital, managed to escape, and it reveals that he is assigned for a special mission by Major Sameer to create a blast by using nerve gas. Srikant thinks that his wife, Suchitra, is cheating on him with her new boss Arvind, but she was just meeting him for the new job opportunity. Srikant takes all the blame of Karim’s death on him and, as a punishment, transfers to Sri Nagar, where he meets his ex, Saloni.

There he learns that he has been sent to Srinagar on a special mission as there is a sleeper cell Faizan who is along with Basharat and Sajid planning to execute Mission Zulfiqar by escorting nerve gas from Kashmir to New Delhi. But Srikant and his team manage to stop the escort of the gas and destroy it. Suchitra goes for a conference with Arvind, where both come closer, and later Suchitra feels guilty about that night. Although the team destroys Nerve Gas, Moosa executes his Plan B. He finds a chemical factory in Delhi, where he can make the same gas in the reactor and can cause the attack.

Meanwhile, Karim’s girlfriend starts searching for that hidden tape he left for her before his death. Sajid and Moosa blackmail Vaibhav and enters in the factory, where Moosa creates a formula for the Gas explosion that will kill everyone within 2 hours. Srikant releases footage of Moosa’s mother, where she asks him to surrender, and Moosa changes his mind after watching it. Before he could stop the reaction, Sajid kills him. Srikant finds Moosa’s body and starts celebrating thinking they have won.

Unfortunately, the show ends with a cliffhanger where Milind and Zoya stuck in the factory, and the reactor explodes as gas is ready for the attack.

Yes, indeed there will be a season 2 of this show to be out soon on the Prime Video. It’s expectedly going to be released in October 2020. To know more details like new cast etc. read this full article.

2. How Many Episodes Will Be There In Season 2?

As per the analysis made on the expected plot of The Family Man 2, we can say that season 2 will have 10 episodes of each around 40 minutes of duration. Find out more details in this article.

The cast and characters will remain the same as season 1, however, 2 or 3 new stars may join. As per the latest update, Samantha Akkineni is making her digital debut with joining The Family Man 2. Find more exclusive updates in the article.

As of now, there is no official announcement regarding The Family Man Season 2 release date, but as per the signals, we can expect to be released on 2 October 2020. About total episodes, Season 1 had ten episodes of 30-50 minutes each, Season 2 will also have around ten episodes with the same duration or it might even extend. Just like Season 1, Season 2 will also release on Amazon Prime Video App. Till its release, you can watch or download The Family Man Season 1 if you haven’t watched it yet, as this is the right time to Binge-watch it, and surely, you will love it.

Stay tuned with us for more updates on the release of The Family Man Season 2.