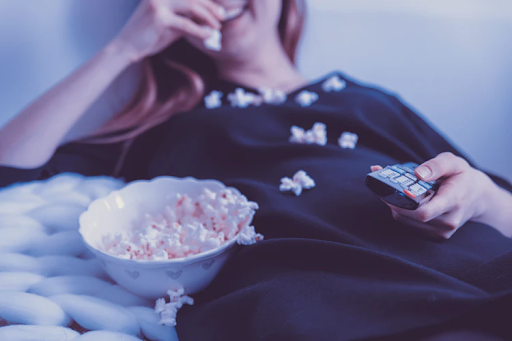 Have you ever felt so bored during this pandemic? Well, you’re not alone! Little did we know that this home quarantine, limited gatherings, and so many restrictions can also bring stress, right? Maybe, we can spice up our routines a bit! Instead of just stressing out, watching movies can also be a great leisure time so we can breathe or by doing so, we can have a great quality time with family and friends. If you are looking for movies other than from Hollywood or the popular K-dramas, then you must give these following a shot! Here are the most recommended Hindi movies for 2021 that you can surely enjoy. 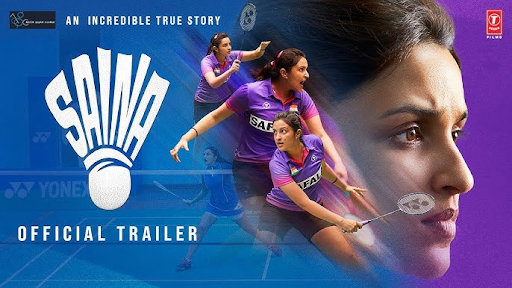 Starring Parineeti Chopra, Paresh Rawal, Manav Kaul, Ankur Vikal, Meghna Malik, and Shubraojyoti Barat. This movie is all about a professional badminton player named Saina Nehwal who once ranked number one in the sport. Saina Nehwal, the daughter of Haryanvi couple Usha and Harvir Singh Nehwal from Hyderabad, shocked the world in 2015 when she became the first Indian woman and also the second Indian after Prakash Padukone to reach the global top ranking in badminton. However, there is much more to a story than most of what meets the eye. This sport-related movie directed by Amole Gupte was rated 3.5 out of 5 by the people who already watched it. 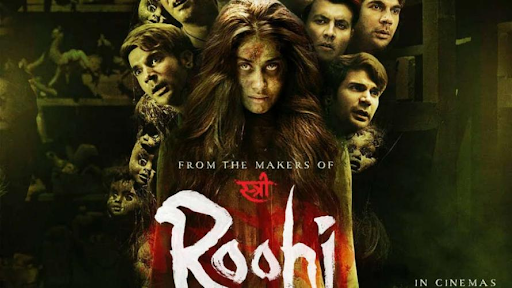 Roohi is a horror and comedy drama directed by Hardik Mehta under the banner Maddock Films, starring Rajkummar, Jahnvi Kapoor, and Varun Sharma. Two foolish buddies are hired to kidnap a bride, but they get themselves into problems when one falls in love with their abductee and the other with the spirit possessing her. This movie was also rated 3.5 out of 5 by the viewers. If you want to have some mixed-emotions or you’re not in the mood with the serious types of horror films, then this movie is absolutely for you. 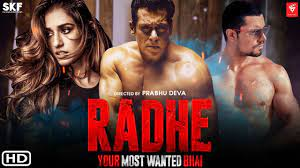 Are you a fan of action movies? Well, this movie might be for you! Radhe: Your Most Wanted Bhai is a Hindi-language crime action film directed by Prabhu Deva and produced by Salman Khan, Sohail Khan, Atul Agnihotri, and Zee Studios. It was released in India in 2021. The narrative of the film is based on the Korean film The Outlaws, which was released in 2017. Salman Khan, Disha Patani, Randeep Hooda, and Jackie Shroff were featured in the film. Suspended cop Radhe (Salman Khan) is summoned for a clean-up mission as Mumbai's youth succumb to rampant drug addiction.The film was announced in October of this year, and production began in November 2019 and ended October 2020. It was rated 3 out 5 by the viewers. 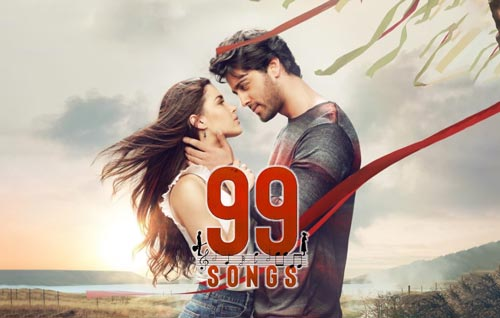 This movie is a Hindi-language musical romance film directed by Vishwesh Krishnamoorthy and co-written and produced by A. R. Rahman (in his first production label, YM Movies), who therefore makes his debut in both aspects, in addition to producing the original score and songs. 99 Songs is a musical love story with all the qualities of an emotional love story. This one has the potential to be a chart-topper because the songs are good and the execution is confident. Before he could marry the girl he loves, a troubled yet passionate singer-songwriter is forced to write 100 songs. The movie features Ehan Bhat, Edilsy Vargas, Lisa Ray, Manisha Koirala, and Ranjit Barot.

Kookie Gulati directed and co-wrote The Big Bull. It is a 2021 Indian Hindi-language financial thriller film produced by Ajay Devgn, Anand Pandit, Vikrant Sharma, and Kumar Mangat Pathak. It was only a matter of time until Hemant Shah's dream run turned into a nightmare at a time when the Indian economy was taking its massive leap toward independence. Abhishek Bachchan, Ileana D. Cruz, Samir Somi, and Durgesh Kumar are the stars of the amazing film. 'The Big Bull' is a competent attempt to convey the dramatic narrative of one of India's worst financial frauds, conducted by a man who appeared to be more of a common man than a con man. 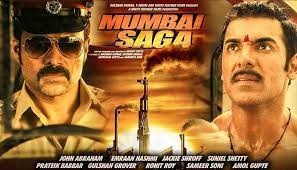 Another true-to-life story, anyone? Mumbai Saga is a must watch, too! Mumbai Saga is a film set in the 1980s and 1990s that depicts the changing stages of Mumbai, including the closure of mills to make way for malls and high-rise buildings. The narrative of a commoner-turned-gangster Amartya Rao, whose spectacular rise in the Mumbai of the 1990s was distinguished by lawlessness, treachery, and brutal gang fights, is based on true events. Sanjay Gupta returns to the gangster genre with a high-octane action flick with firearms and goons. An all-star (male) cast is led by John Abraham and Emraan Hashmi. 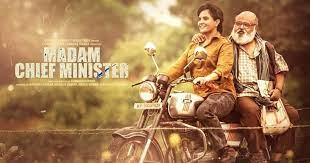 Released last 21st of January 2021, this movie is all about a woman who aspires to enter politics and become the chief minister, she embarks on a dangerous journey. Despite her numerous issues, the most difficult task she confronts is balancing power and obligation. Madam Chief Minister is a fictitious depiction of the ups and downs in the life of a renowned Dalit politician who rises to become India's most populous and politically volatile state Uttar Pradesh's first female chief minister. The said movie features Richa Chadha, Akshay Oberoi, Saurabh Shukla, Manav Kaul, and Subhrajyoti. The movie was directed by Subhash Kapoor, and Produced by T-Series and Kangra Talkies. 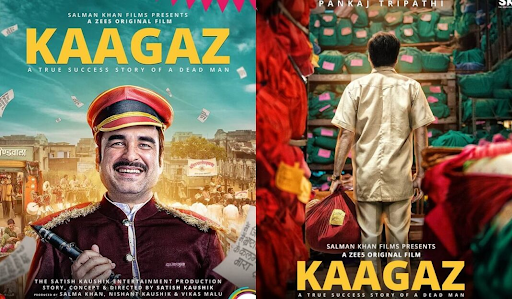 Here’s another real-life story, everyone! Satish Kaushik's biographical comedy film Kaagaz (English: Paper) was written and directed by Satish Kaushik and produced by Salman Khan and Nishant Kaushik under the banners of Salman Khan Films and The Satish Kaushik Entertainment Production in 2021. Pankaj Tripathi and Monal Gajjar star in the film, which also has Amar Upadhyay as the primary antagonist. Kaagaz is based on the life of Lal Bihari Mritak, who is played by Pankaj Tripathi as Bharat Lal Mritak in this film. Bharat establishes himself as a man of pure intent in the first scene, when he traps a mouse in his shop and converses with it before releasing it. However, this is also where the film's wonderful tale hits its pinnacle.

Hari Viswanath wrote and directed Bansuri: The Flute, a Hindi-language drama movie released in India in 2021. Anurag Kashyap, Rituparna Sengupta, and Upendra Limaye star in the film, which is produced by Mou Roychowdhury. The film began principal shooting on May 25, 2019, and Kashyap released the first look poster on his Instagram page. The film was released in theaters on April 16, 2021 in India. The film is all about Madan (Ankan Mallick) , a young eight-year-old boy, who lives with his mother and grandfather. Madan aspires to become a flutist after discovering from his mother that his absent father Sadashiv (played by Anurag Kashyap) used to play the flute. Madan is also inspired by his friend David's (Deepro Sen) piano abilities and resolves to follow in the footsteps of his father Sadashiv, who was also a flutist. The movie features Rituparna Sengupta, Anurag Kashyap, Upendra Limaye, Danish Husain, Masood Akhtar, Meher Mistry, Master Ankan Mallick. 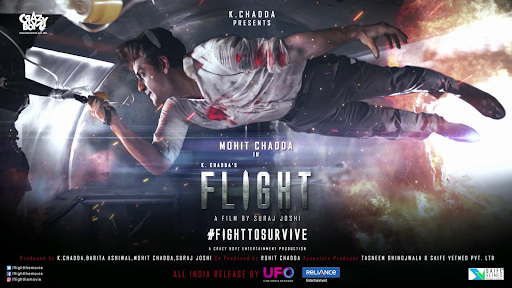 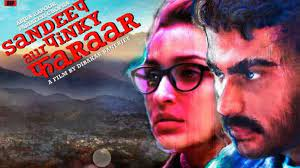 Sandeep Aur Pinky Faraar (English: Sandeep and Pinky have gone missing) is a 2021 Indian Hindi-language black comedy drama film directed and produced by Dibakar Banerjee, and distributed by Yash Raj Films. The main characters are Parineeti Chopra and Arjun Kapoor. Filming in Mahipalpur began on November 7, 2017. The film was originally scheduled to be released in cinemas on March 20, 2020, but was postponed due to COVID-19 pandemic. It was finally released in theaters on March 19, 2021, after a year of postponement. One day, Sandeep runs across a young woman named Pinky on the street. Between them, there is a misunderstanding. They argue constantly, and it's noticeable that they can't bear to be around each other. He has, nevertheless, already noticed how attractive she is and has been stalking her. She continues to object until one day, when he is not watching, her half-smile to the camera discloses to the viewers that she, too, is attracted to him. The sniping is merely a ploy. 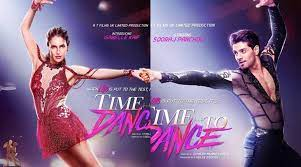 Stanley D'Costa's Time to Dance is a 2021 Indian dance film directed by him. Sooraj Pancholi, Isabelle Kaif, and Waluscha De Sousa star in the film, which is produced by Lizelle D'Souza. In India, the film was released in theaters on March 12, 2021. An injured ballroom dancer gets her hopes up when she meets the perfect dance partner in the film. She strives to excel while avoiding losing her heart to her new teammate, despite her tragic past. Rishabh is a skilled street dancer who also works in a high-end restaurant. In addition, his restaurant hosts an annual ballroom dance competition. Rishabh happens to meet Isha, the reigning champion William's dancing partner, at the competition announcement. Unfortunately, Isha is involved in an accident, leading to a ligament injury, and William chooses to find a new spouse. 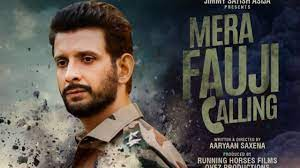 Mera Fauji Calling (My Soldier Calling) is a Hindi-language action drama film directed by Aaryaan Saxena and produced by Vikram Singh and Ovez Shaikh under the banners of Running Horses Films and Ovez Productions in 2021. Sharman Joshi, Ranjha Vikram Singh, Bidita Bag, Mahi Soni, Mugdha Godse, Shishir Sharna, Zarina Wahab, and others are among the cast members in Jimmy Satish Asija's film. Rajveer Singh (Ranjha Vikram Singh) is an army officer who lives in rural Jharkhand with his family, which comprises his wife Sakshi (Bidita Bag), 6-year-old daughter Aradhya (Mahi Soni), and mother (Zarina Wahab). Aradhya is traumatized by a dreadful dream one fateful night, and she develops Post-Traumatic Stress Disorder (PTSD). Unfortunately, Aaradhya's worst nightmare of her father's death comes true, and her mother and grandma hide their grief to prevent Aaradhya from relapsing. When they've all completely given up, Abhishek (Sharman Joshi), their guardian angel, arrives and spreads positivity around them. 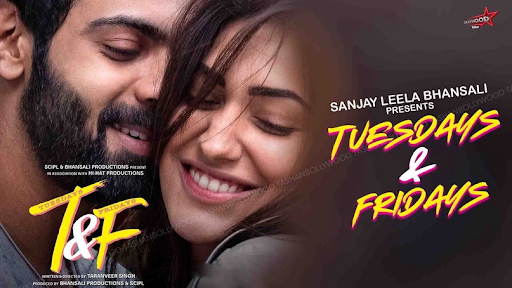 Do you want a love story? Then this must be the movie you should try! This film showcases Varun Sarin (Anmol Thakeria Dhillon) is a rising writer whose latest book has become a success, while Sia (Jhataleka Malhotra) is a promising lawyer. Aside from being young, attractive, and ready to go, the two share the fears that come with growing up in a shattered and dysfunctional home. Varun believes that all relationships have an expiration date, whereas Sia believes that all relationships have an expiration date. So when they meet, sparks fly, but in order for it to work, they'll need to devise a strategy to deal with the unavoidable wear and tear of a relationship. As an outcome, their plan to be lovers on Tuesdays and Fridays and friends the rest of the week is put into motion. 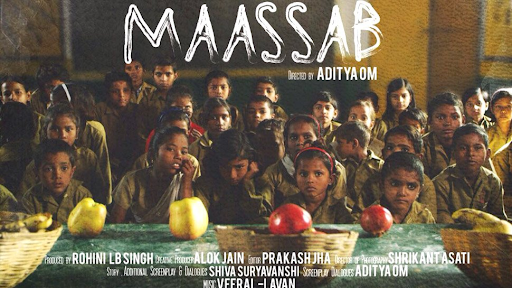 Maassab is a Hindi feature film from 2018 regarding education in India's rural primary schools. Shiva Suryavanshi, who portrays the male protagonist, is a first-time actor. Sheetal Singh stars as the female lead, with Kritika Singh, Narmadeshwar Dubey, Chandrabhushan Singh, and Manveer Choudhary providing support. The movie was directed by actor Aditya Om. The film had its world premiere at the 2018 Cosmic Film Festival. The plot revolves around the state of education in India, particularly in basic schools in rural areas. ‘Maassab' means teacher in local dialect in and around north and central rural India—the story focuses around Ashish Kumar (Shiva Suryavanshi), who has quit his IAS job to follow his dream of teaching and educating children in rural India.