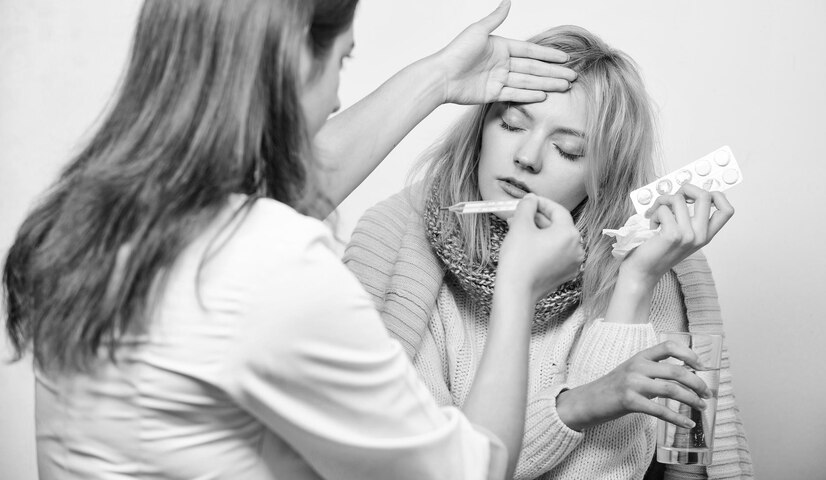 One of the body's usual reactions to an illness is a rise in temperature over normal, which is why you could feel sick with a fever. In most cases, a low-grade fever is nothing to worry about, but a temperature of 102 degrees Fahrenheit or above requires medical attention. A doctor may prescribe antipyretics as a treatment for fever to bring down a patient's temperature.

The immune system's reaction to bacteria, viruses, and other pathogens is sometimes shown as a slight fever. It's useful for boosting the immune system's ability to fight off illness. Still, a fever may be unpleasant, and in extreme cases it can even be dangerous.

Fever may be avoided by taking the typical precautions against infection. Precautions may be taken to prevent the spread of disease, such as washing hands often and avoiding contact with sick persons.

When a person's internal temperature rises over normal, it is said to have a fever. It's your body's way of protecting itself against germs. A fever is defined as a core body temperature of 100.4 degrees or greater in an adult.

Approximately 37 degrees Celsius (or 98.6 degrees Fahrenheit) is considered to be a typical internal body temperature for humans. A little increase in temperature indicates that the body is healthy and battling illness, so don't worry if your kid or your own fever climbs a few degrees over usual. That's a positive outcome in most circumstances.

However, if your temperature is above 102 degrees Fahrenheit, you should seek medical attention, both at home and from a professional if it persists after a few days.

High body temperatures, or fevers, are frequent symptoms of viral illnesses such the common cold and the flu. As the body attempts to rid itself of an infection, these symptoms often manifest. A fever, like other cold and flu symptoms, is an indication that something is wrong with your body.

Unfortunately, a fever, particularly a high-grade temperature (above 103°F), may feel rather painful, and a fever produced by a cold virus or a flu virus might linger for 3-4 days.

What is Fever? (Complete Animated Explanation)

A higher body temperature aids the immune system in its battle against viruses, germs, and several other diseases. Fever may be frightening, particularly in young infants, whose temperatures tend to surge dramatically. Parents are generally concerned about body temperatures over 98.6°F..

When Should A Fever Be Treated?

The underlying sickness, not the fever itself, is the primary source of harm. Many individuals are under the false impression that all fevers need treatment, however this is not the case.

Fever does not necessarily need to be treated in those with no health problems. In fact, it is inappropriate to treat a fever so that a person may resume normal activities. This may hinder the body's capacity to fight off the illness.

According to some study, the fevers that often emerge after a kid is vaccinated actually promote immunity. According to the article, fevers do not always indicate that a kid is ill; thus, a doctor should be contacted before treating the fever.

If a fever causes pain in the form of chills or muscular aches, home therapy should be considered. Children with a fever who seem content and continue to play often may not need treatment.

How Do Doctors Treat High Fever?

How Do You Stop A Fever Fast?

Take suitable quantities of paracetamol or ibuprofen to help reduce your fever.

What Is The Fastest Medicine For Fever?

There are two primary over-the-counter fever reducers: acetaminophen and nonsteroidal anti-inflammatory medications (NSAIDs). Ibuprofen, aspirin, and naproxen are NSAIDs. In general, none of these fever-reducing medications is superior than the others.

Is Panadol Good For Fever?

Yes, panadol may help lower fever and improve your condition. If you have a fever without additional symptoms, you may take Panadol Extra Strength*. Use Panadol Ultra* if it is accompanied by severe pains, such as muscular or severe headaches.

Typically, fever is a sign of an illness. Usually, it is not reason for alarm, but the underlying ailment may need medical care.

Frequently, treatment for fever does not need any medical intervention. However, if a kid or older adult develops a fever, other severe or increasing symptoms, or if their immune system is compromised, they should seek medical attention.