Turkey Has Issued Strong Criticism Of The Quran-burning In Stockholm 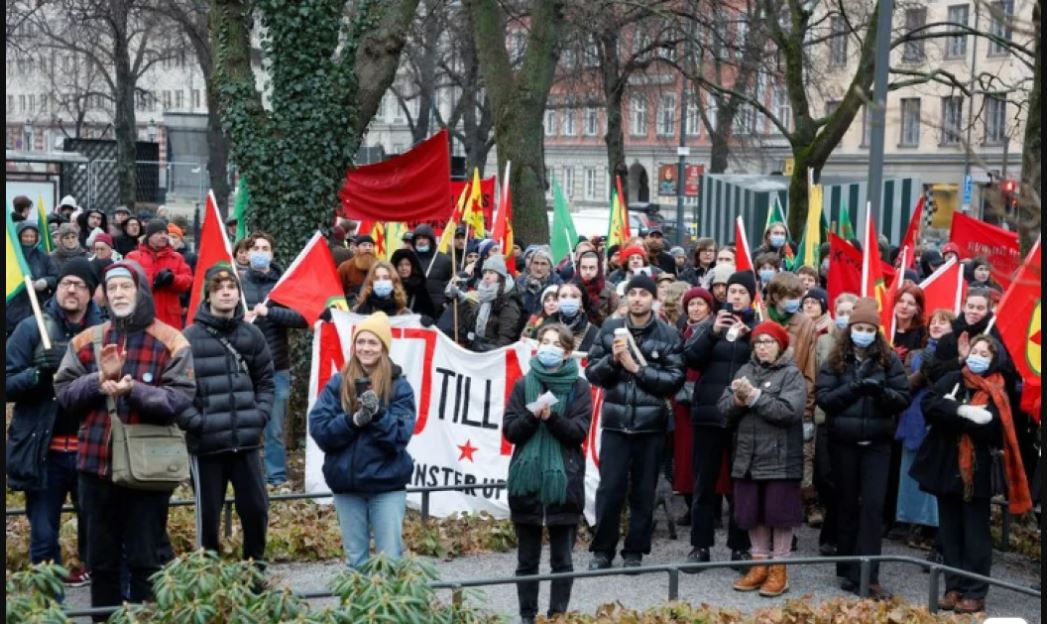 Turkey has issued strong criticism of the Quran-burning in Stockholm as the Turkish Defense Minister, Hulusi Akar, said on Saturday that his Swedish counterpart's planned trip to Ankara has been canceled because the Swedish government has allowed the protests to happen in Stockholm.

Saturday's protests in Stockholm against Turkey and Sweden's desire to join NATO, which included the burning of a copy of the Quran, made relations with Turkey much worse at a time when the Nordic country needs Turkey's support to join the military alliance.

We condemn in the strongest possible terms the vile attack on our holy book. Permitting this anti-Islam act, which targets Muslims and insults our sacred values, under the guise of freedom of expression is completely unacceptable.

It made this statement after a politician from the far right who was against immigrants burned a copy of the Quran near the Turkish Embassy. The Turkish Ministry of Foreign Affairs asked Sweden to take action against the people who did this and asked all other countries to do the same to stop Islamophobia.

In the city, there was a separate protest in support of Kurds and against Sweden's plans to join NATO. Pro-Turkey protesters also held a rally in front of the embassy. All three events had permission from the police.

Sweden has a far-reaching freedom of expression, but it does not imply that the Swedish Government, or myself, support the opinions expressed.

Rasmus Paludan, who is the leader of the Danish far-right political party Hard Line, burned the Quran. Paludan, who is also a Swedish citizen, has burned copies of the Quran at a number of protests in the past.

Paludan could not be reached right away by email to get a comment from him. In the permit he got from the police, it says that his protest was against Islam and what it said was an attempt by Turkish President Tayyip Erdogan to limit freedom of speech in Sweden.

Turkey condemns Sweden protests, Quran-burning in front of its embassy

Saudi Arabia, Jordan, and Kuwait were among the Arab countries that spoke out against the burning of the Koran. In a statement, the Saudi Foreign Ministry said:

Saudi Arabia calls for spreading the values of dialogue, tolerance, and coexistence, and rejects hatred and extremism.

After Russia invaded Ukraine last year, Sweden and Finland asked to join NATO. All 30 member states must agree to their requests, though. Turkey has said that Sweden, in particular, must first take a clearer stand against what it sees as terrorists, mostly Kurdish militants and a group it blames for a failed coup in 2016.

At the protest against Sweden's bid to join NATO and to show support for Kurds, speakers stood in front of a big red banner that said "We are all PKK." This was a reference to the Kurdistan Workers Party, which is illegal in Turkey, Sweden, and the US, among other places, and they spoke to about a thousand pro-Kurdish and left-wing supporters.

Thomas Pettersson, a spokesman for Alliance Against NATO and one of the organizers of the protest, told Reuters, “We will continue our opposition to the Swedish NATO application.” The police said that all three protests were peaceful.

Earlier on Saturday, Turkey said that the Swedish defense minister would not be coming to Ankara as planned because there were not enough ways to stop protests.

According to Defence Minister Hulusi Akar:

At this point, the visit of Swedish Defense Minister Pal Jonson to Turkey on January 27 has become meaningless. So we canceled the visit.