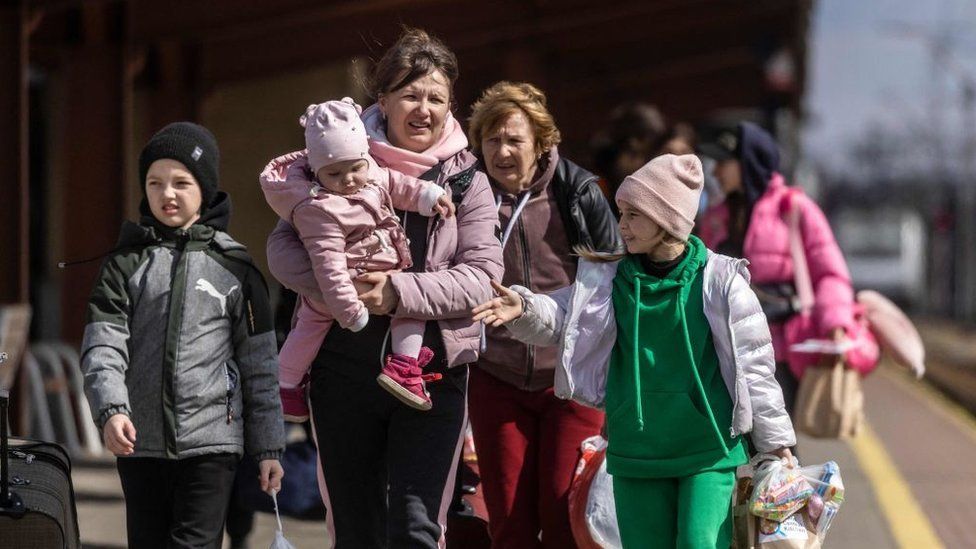 Because of the looming energy crisis, Ukrainian refugees were asked not to return this winter. The government has instructed the populace to hold off until spring, citing the threat that damaged networks 'will not cope' with the ongoing warfare.

Amidst growing concerns about whether or not Ukraine's crippled energy infrastructure will be able to keep up with demand this winter, the government of Ukraine is recommending refugees now residing outside the country not to return until the spring.

Ukraine war refugees asked not to return this winter

The energy problem comes at the same time as officials in Kyiv have issued a warning that the upcoming winter may signal the hardest combat of the war in the area around Kherson, which is located in the south of Ukraine and where Russian soldiers have been digging in.

Iryna Vereshchuk, the deputy prime minister of Ukraine, issued a warning after recent Russian missile and drone attacks rendered a third of the country's energy sector inoperable, stating that "the networks will not cope."

You see what Russia is doing. We need to survive the winter.

The warning was issued following a time period in which, according to the results of polls, a greater number of Ukrainian refugees had expressed a wish to go back home.

Vereshchuk stated that even though she hopes that Ukrainians would return in the spring, it is crucial that they do not return at this time because the situation will only get worse. If it is at all possible, you should remain outside of the country for the time being.

Many people are concerned that the upcoming winter could be difficult because there are no signs that the combat would stop in the country's east and south, which are regions where Ukraine has achieved recent victories in Russian-occupied areas.

In order to maintain some semblance of stability inside the country's faltering electrical infrastructure, the Ukrainian people have already been ordered to reduce the amount of electricity they consume.

As Ukrainian forces have continued to advance in their campaign in the south, which has resulted in Russian forces being driven back, the prospect of bitter urban fighting for Kherson, the largest city under Russian control, has become more likely. This is due to the fact that Ukrainian forces are now closer than ever before.

An adviser to the president of Ukraine, Volodymyr Zelenskiy, named Oleksiy Arestovych, stated that there was no indication that Russian forces were preparing to abandon the city, despite the fact that Russian-installed authorities were encouraging residents to flee to the east bank of the Dnieper River.

"With Kherson everything is clear. The Russians are replenishing, strengthening their grouping there," Arestovych stated this in a video posted online late on Tuesday night. "It means that nobody is preparing to withdraw. On the contrary, the heaviest of battles is going to take place for Kherson."

Kherson is widely considered to be the most strategically significant of the four provinces that Russian President Vladimir Putin proclaimed to have been annexed in September.

It has control over the sole land route that leads to the Crimean peninsula, which Russia annexed in 2014, as well as the mouth of the Dnieper River, which is a massive river that runs through the middle of Ukraine.

Setbacks for Russia on the battlefield have been accompanied by more heated rhetoric from Moscow, including highly dubious assertions that Ukraine planned to use a dirty bomb on its own territory and the weird notion that Putin's security council has that Ukraine needed "de-satanisation."

Dmitry Peskov, a Kremlin spokesperson, told reporters that Moscow hoped to elicit an active response from the international community.

In reaction to Russia's assertions, India's defense minister, Rajnath Singh, stated that neither party in the conflict should use nuclear weapons.

The thought of using nuclear or radiological weapons goes against the core precepts of humanity, Singh warned Shoigu, emphasizing the importance of resolving the crisis through dialogue and diplomacy as soon as possible.

Ukraine and its western allies have denied Russia's allegation and expressed fear that Moscow is using it as an excuse to escalate the conflict. According to Zelenskiy, Russia's statement showed that Moscow was intending to use a tactical nuclear bomb and would seek to blame Ukraine.

Russia would be "making an incredibly serious mistake," according to US President Joe Biden, if it used a tactical nuclear weapon.