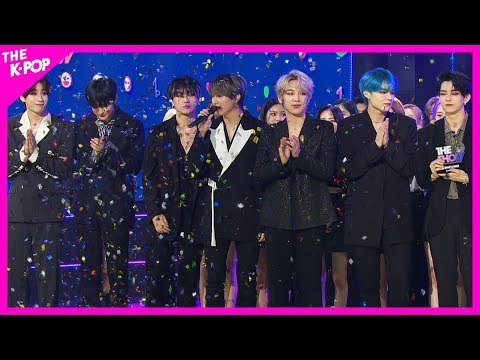 The first place nominees for this week included Lee Ye Jun with “Loopy Sound“, VICTON with “Howling“, and LeeWoo with “You“. Ultimately, the successful place trophy went to VICTON, marking the group’s first win since their comeback simply final week!

In the meantime, different performers resembling April‘s Naeun and Jinsol, Yezi, DONGKIZ, AleXa, ELRIS, and so on greeted viewers on this week’s ‘The Present’. Congratulations, VICTON! You’ll be able to watch the boys’ successful speech on the finish of this system, above.