What is the Status of the Florida Gambling Bill? 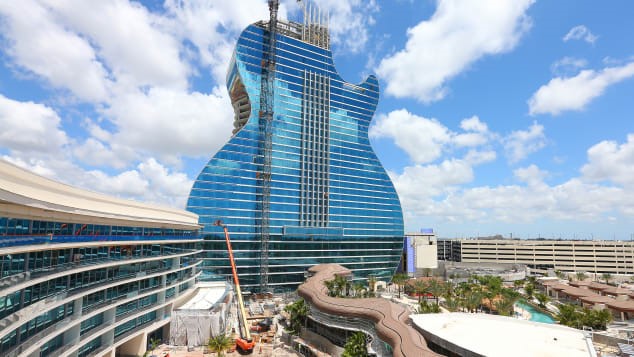 Florida’s State Senator Jeff Brandes is tired of the ongoing stalemate between his state and the Seminole Tribe, operators of most casinos. As a solution, he recently introduced three bills tucked into one hoping they could provide clarification on the best way to run gambling businesses in the Sunshine State.

One of the bills proposes the State Lottery to run sports betting. A second bill posits that gambling businesses should pay 15% of the annual profits as tax. The third bill addresses a licensing and renewal fee worth $100,000.

Although the bills provide an ideal way for Florida to cushion the $3 billion budgetary deficit it’s currently facing, some legal experts argue they’re aimed at placing pressure on the state and the tribe to end their differences.

With Florida’s proposed gambling billing in limbo, here’s an overview of the present casino and sports betting laws in the Sunshine State

Florida is home to the earliest tribe-owned casino in the country: a bingo hall launched in 1979. After months of resistance, the Sunshine State also made a pact that allowed Native Americans to run casinos on reserved land. Today, the Seminole tribe runs some of the most successful casinos in Florida.

For clarity, the tribe runs land-based casinos only. There are online casinos in Florida. But they have never been legal throughout the detailed history of legalizing gambling in the state. Instead, they base their offices offshore but welcome bets from Floridians for one reason.

Online gambling is a legal grey area in Florida. It’s not allowed but it’s also not categorically banned. Due to that, Floridians can always join out of state online casinos and play slots or card games. But operators can’t acquire licenses or set up their offices in Florida.

At least one lawmaker, Senator Jeff Brandes, is interested in helping Floridians bet on sports legally. But until the state works out its pact with the Seminole tribe, sports wagering remains banned. Nationwide, states have the powers to permit or ban sports betting, at least since 2018.

New Jersey, which legalized sports betting in 2018, was the state that battled NCAA to help bring down the PASPA Federal Act that banned sports gambling in 1992. Surprisingly, PASPA was the product of a former New Jersey Senator.

All the same, over 20 states have exercised their rights to legalize sports betting in the last couple of years. They include Pennsylvania, Mississippi, Illinois, West Virginia, and the District of Columbia. Unfortunately, Florida is one of the 25 states that have not yet legalized sports betting. But at least unlike Utah and Idaho, there are talks to authorize the industry.

Playing lottery games is legal in Florida. There are a wide variety of contests in which to participate, including online scratch-offs. The major tournaments, though are Powerball, Mega Millions, Cash4Life, Jackpot Triple Play, and Florida Lotto.

Like many states, the lottery in Florida aims at collecting revenue for charity. And sure enough, the organization donates up to $1.3 billion to different education projects in the state. That said, the public education sector in Florida isn’t the only beneficiary for jackpot wins.

There have been a handful of people who became millionaires by winning different lotto jackpots in the state. One famous winner is Sheelah Ryan, a woman who won $55.16M in 1988. She chose to receive yearly payments. But then she died and her money was directed to fund a foundation for the less fortunate.

Playing Bingo is legal in Florida. It started in 1993 through a scratch-off game. Then the game expanded to tribe casinos before exclusive bingo halls became popular. Today, Bingo is primarily played at tribe-owned casinos. However, some international casinos also provide bingo to players from Florida.

Like many states located next to the ocean, Florida is home to cruise ships that allow people to gamble. The way these ships work is that they take players a few miles off the coast. Florida’s gambling laws don’t apply miles into the Atlantic Ocean. And as such, cruise ships can provide all forms of gambling legally.

Although sports betting is generally illegal in Florida, there’s an exception for horse racing. Until the end of last year, it was legal to organize greyhound races and even provide betting markets for them. Beginning this year, however, there will be no more greyhound racing in the sunshine state.

If you want to bet on a sport, your best bet is to wager on horse racing through parimutuel betting pools. For the uninitiated, pari-mutuel betting involves placing different bets into one pool. Afterward, the winners divide the amount based on their predictions.

In many states, poker gambling laws are created independently. In California and Nevada, for example, some laws permit online poker. That’s even though other casino games like slots, blackjack, and roulette are prohibited.

In Florida, land-based poker is legal but only if played at tribe-owned casinos or race tracks. Another restriction prohibits you from betting more than $10 in the game. You can’t play poker online in Florida either.

If you want to participate in online tournaments or professional land-based tournaments, your best option is to drive to a different state. Nevada is the best option. Georgia, Florida, and Alabama are closer home, but they restrict gambling as much as Florida.

Will Florida Expand Its Gambling Bills?

Florida has a budgetary deficit worth $3 billion. It’s not the only state with the problem, at least ever since COVID-19 hit the country. However, it needs a way out of this year. Adding more taxes could offer some solution.

But guess what’s a better option? Florida could expand its gambling laws and create new sources of revenue. It will take time before this comes to effect. But once it streamlines its pact with the Seminole tribe, legal sports betting could become a reality in Florida.