WHO Review team to Operate with Chinese counterparts to virus Management: NHC 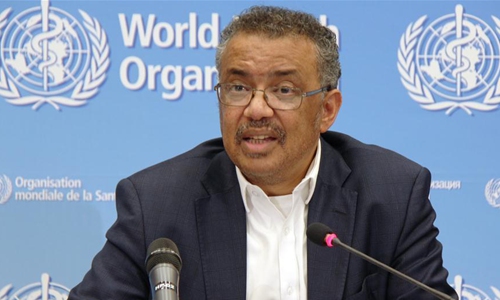 Tedros Adhanom Ghebreyesus, director-general of the World Health Organization (WHO), speaks at a media conference following the WHO crisis committee’s meeting about the novel coronavirus in China in its headquarters in Geneva, Switzerland, Jan. 22, 2020. (Xinhua/Liu Qu)

The World Health Organization (WHO) has sent a group of global specialists to China to use Chinese counterparts on avoidance and management of this novel coronavirus outbreak, along with the progress staff is scheduled to arrive in Beijing on Monday, the Chinese health commission stated.

The”China-WHO joint expert review team” will run comprehensive exchanges between specialists from both sides on the present situation of the outbreak, and avoidance and management to provide hints regarding the upcoming steps for China and other affected nations and areas on the planet, Mi Feng, spokesperson for the National Health Commission stated at Monday’s press briefing.

Mi explained that the advance group of the WHO will discuss certain arrangements for its China-WHO joint mission, and China welcomes all overseas specialists to join such as those in the united states.

In accordance with the WHO, the group will be directed by Bruce Aylward, a veteran of public health crises.

WHO specialists are experienced epidemiologists who’ve dealt with several unique outbreaks globally, they could help Chinese specialists in assessing the situation accurately and provide hints on preventive and control measures, Zhou Zijun, a professor in the Peking University’s School of Public Health, told the Global Times on Monday.

Exactly what the specialists learn in Wuhan during the trip will also act as a foundation for the WHO to establish additional preventative measures in a worldwide range, Zhou noted.

Chinese Foreign Ministry spokesperson Geng Shuang said on Monday’s briefing that behaving in an open, transparent and accountable manner, China was sharing data and strengthening collaboration with WHO and the global community to collectively safeguard regional and global public health safety.

The WHO announced that the outbreak a public health emergency of global concern (PHEIC) on January 30, days following the epicenter Hubei was under lockdown.

Following the experts’ trip to Wuhan, the WHO could reevaluate the outbreak and choose whether to lengthen or terminate the PHEIC scenario, according to Zhou.

In the 146th session of the WHO Executive Board meeting that kicked off from February 3, WHO Director-General Tedros Adhanom Ghebreyesus spoke highly of China’s successful control measures.

He said China”is taking significant steps in the epicenter, in the origin,” that not only protected indigenous people, but also prevented the spread of this virus into other nations.