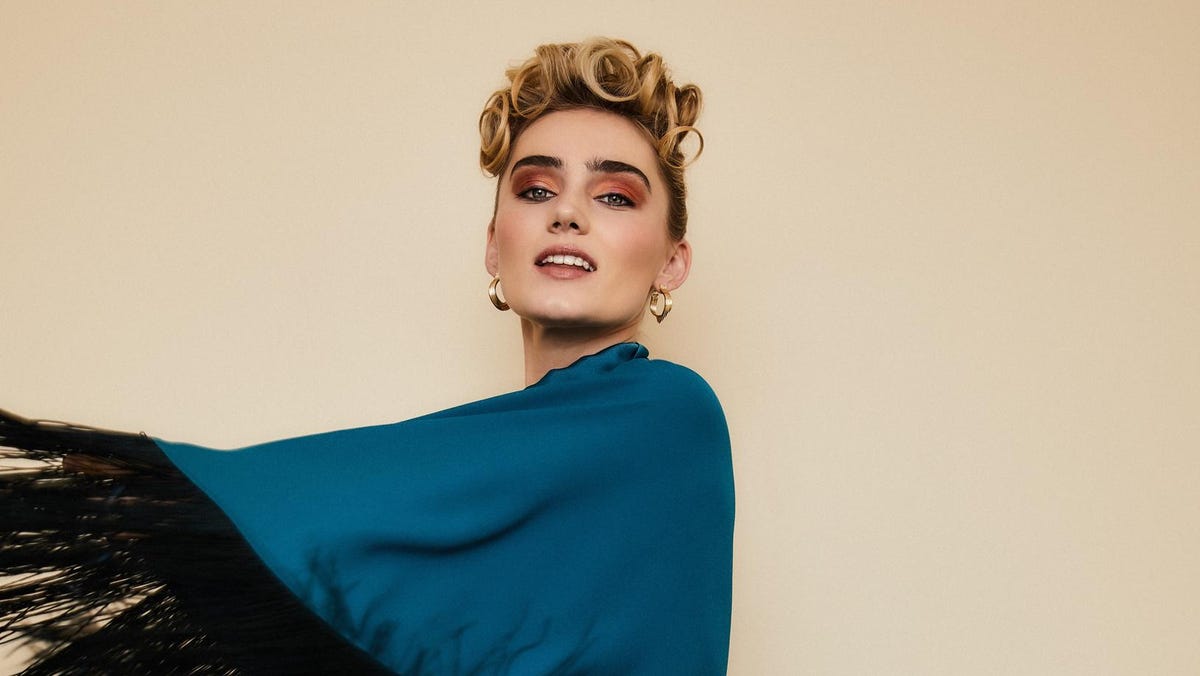 Meg Elizabeth Donnelly, an American actress, model, dancer, musician, and vocalist, was born on July 25, 2000. She is best known for her performances in the three "Zombies" sequels as well as the original film. Because of his fame and talent in acting, it's interesting to know the answer to this question: who is Meg Donnelly dating?

The film where she had a role is an American musical fantasy film Zombies debuted on Disney Channel on February 16, 2018, and on April 24, 2018, it was made available on DVD. Donnelly went to Annie's Playhouse School of Performing Arts in Far Hills, New Jersey, when she was six years old. There, she learned how to act, sing, and dance.

She has performed prominently in multiple New York City performances of "Kids of the Arts," "Broadway Kids," and "Time to Shine." She worked hard, and the knowledge she had helped her develop and grow her skills and abilities.

In the Team Toon episode of the 2013 Netflix series, Donnelly played Ash. She originated the character of Mary in Trevor: The Musical's theatrical workshop and played Louisa von Trapp's understudy in the NBC television special "The Sound of Music Live!"

She served as the American face of Clean & Clear's 2015 Awkward to Awesome campaign. Donnelly has also been on Sesame Street, Celebrity Ghost Stories, and multiple episodes of the ABC series "What Would You Do?" Donnelly also made an appearance in the 2017 SOHO International Film Festival premiere of the drama "The Broken Ones." Since 2016, she has starred as Taylor Otto in the ABC comedy series American Housewife.

Who Is Meg Donnelly Currently Dating? 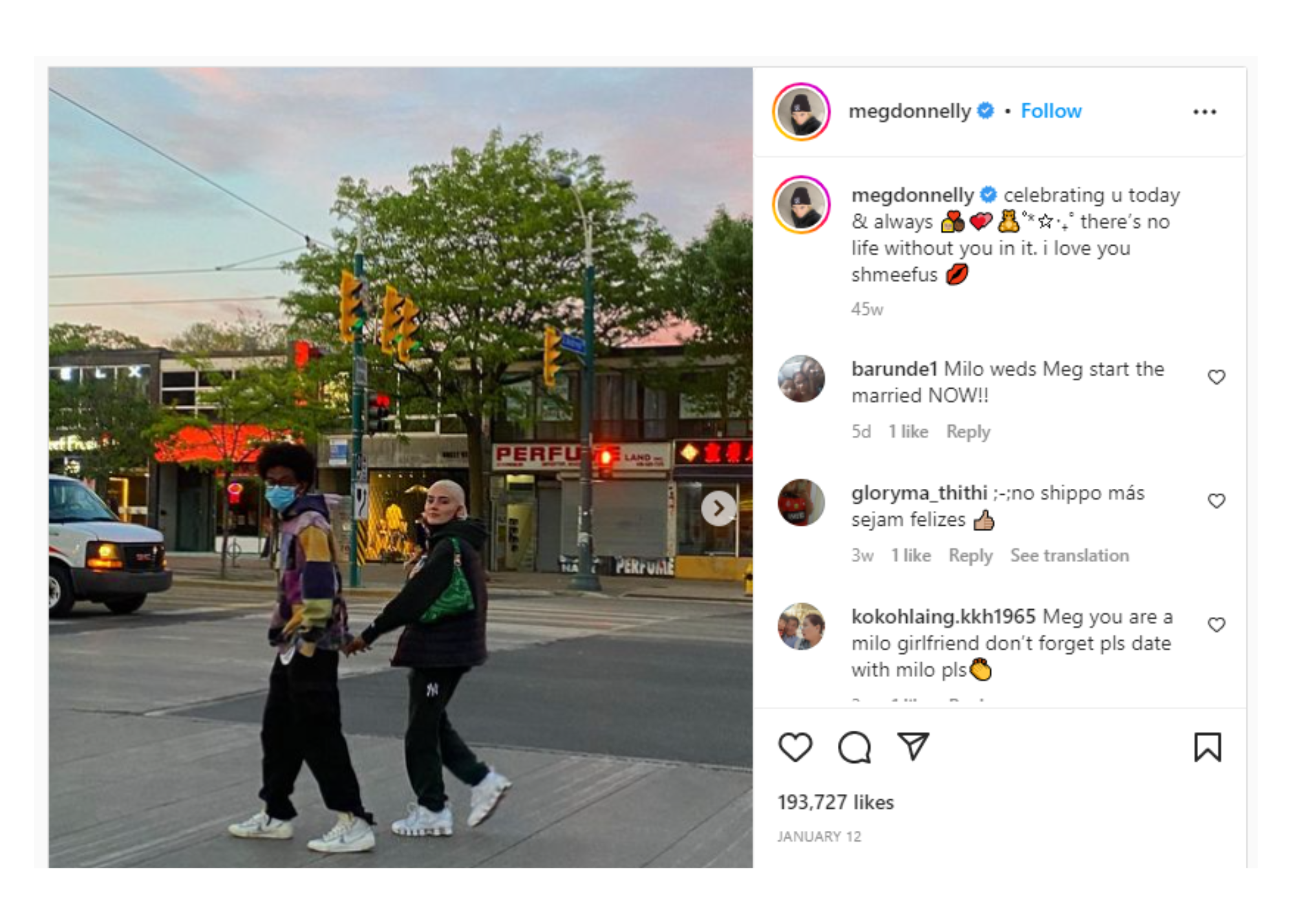 According to recent Instagram photos, Meg, 22, and her zombie co-star, Noah Zulfikar, are dating. For your information, Noah joined the cast for the second and third episodes, whereas Meg has been a part of the Disney Channel Zombies trilogy since the beginning. Meg had been linked to her other Zombies co-star, Milo Manheim, in the past.

But in many interviews, Meg has made it clear that she and Milo are merely friends. In the picture above, which has nearly 194K likes, the actor commented: "celebrating u today & always. There’s no life without you in it. I love you shmeefus."

Noah Zulfikar is a dancer, model, and actor from Canada. He was born in Mississauga, Ontario, on January 11, 2000, and later moved to Meadowvale. He is primarily known for his dance career, for which he received his training at the Canadian Dance Company in Oakville. He is represented by the Stars Academy Talent Agency.

Zulfikar also pursued an acting career, making him a more well-known person. He appeared in the fifth season of "The Next Step," a teen drama series starring Shelby Bain.

Meg fell in love with Noah Zulfikar, her Zombies 2 co-star. In the 2020 film, he played a dancer named Jacey. The 22-year-old actor is best known for his roles as Kingston in the 2017–2020 television series "The Next Step" and Brian in the 2019 television feature Dance Together, which I mentioned before. Noah is also a talented dancer who has appeared in various music videos and short movies for his social media accounts.

Since their on-screen romance as Addison and Zed in ZOMBIES, Meg Donnelly and Milo Manheim have been linked to romance rumors several times. But the two have denied dating rumors more than once. Meg said that he met Milo when they were both trying out for the role in the movie.

"On the last one, we really got to know each other. They wanted us to sing a duet, and we sang ‘Love Is An Open Door’ from Frozen. We really relied on each other and we formed such a special bond," she added.

In a separate interview, they shut down any dating rumors by calling themselves "best friends" only. In fact, there was an interview in December 2021 where Meg stated:

We’ve very much lucked out because not only do we just get along, but we're actually best friends. We're truly a family, and I love every single person on that shoot so much. I am constantly reminding myself and reminded by others that it is not always like that. We’re just the perfect group of people, so I’m very lucky to have that.

Aside from Noah Zulfikar, there were rumors that Logan Pepper and Meg Donnelly were seeing each other in 2019. Logan Pepper is a well-known American actor who is best known for his role as Cooper Bradford in the TV show "American Housewife." He has also been in other TV shows, such as American Dad and Total Eclipse.

Fans were sure for a while that she briefly dated her American Housewives co-star Logan Pepper, but it was never confirmed. Neither of them ever talked about the rumors in public. So, there is no proof that they were ever in a real relationship.

Are Meg And Milo Together?

"No" is the answer. "We're very much lucked out because not only do we just get along, but we're actually best friends. We're truly a family, and I love every single person on that shoot so much," Milo and Meg told HollywoodLife in December 2021. "I am constantly reminding myself and reminded by others that it is not always like that.

Does Meg Donnelly Have A Baby?

At the time this was written, Meg Donnelly did not have any children. However, she still became known because she played Ash in the Netflix kids' show Team Toon.

Is Meg Donnelly Still With Noah?

Yes is the answer. In fact, they posted several photos of each other on Instagram, and in January 2022, Meg made a sweet post for Noah's birthday.

Some Meg and Noah supporters were concerned in the past when Noah failed to wish Meg a happy birthday on social media, as he had done the previous year. However, this does not necessarily imply that the couple has broken up. Let us not forget that some couples choose to keep things quiet at times. The couple is still following each other on Instagram and hasn't deleted earlier photographs of them together.